YOUTUBER Austin McBroom has been taken to hospital as a result of his brutal knockout at the hands of AnEsonGib.

The 30-year-old was floored five times by the British star during their six-round affair in Los Angeles. 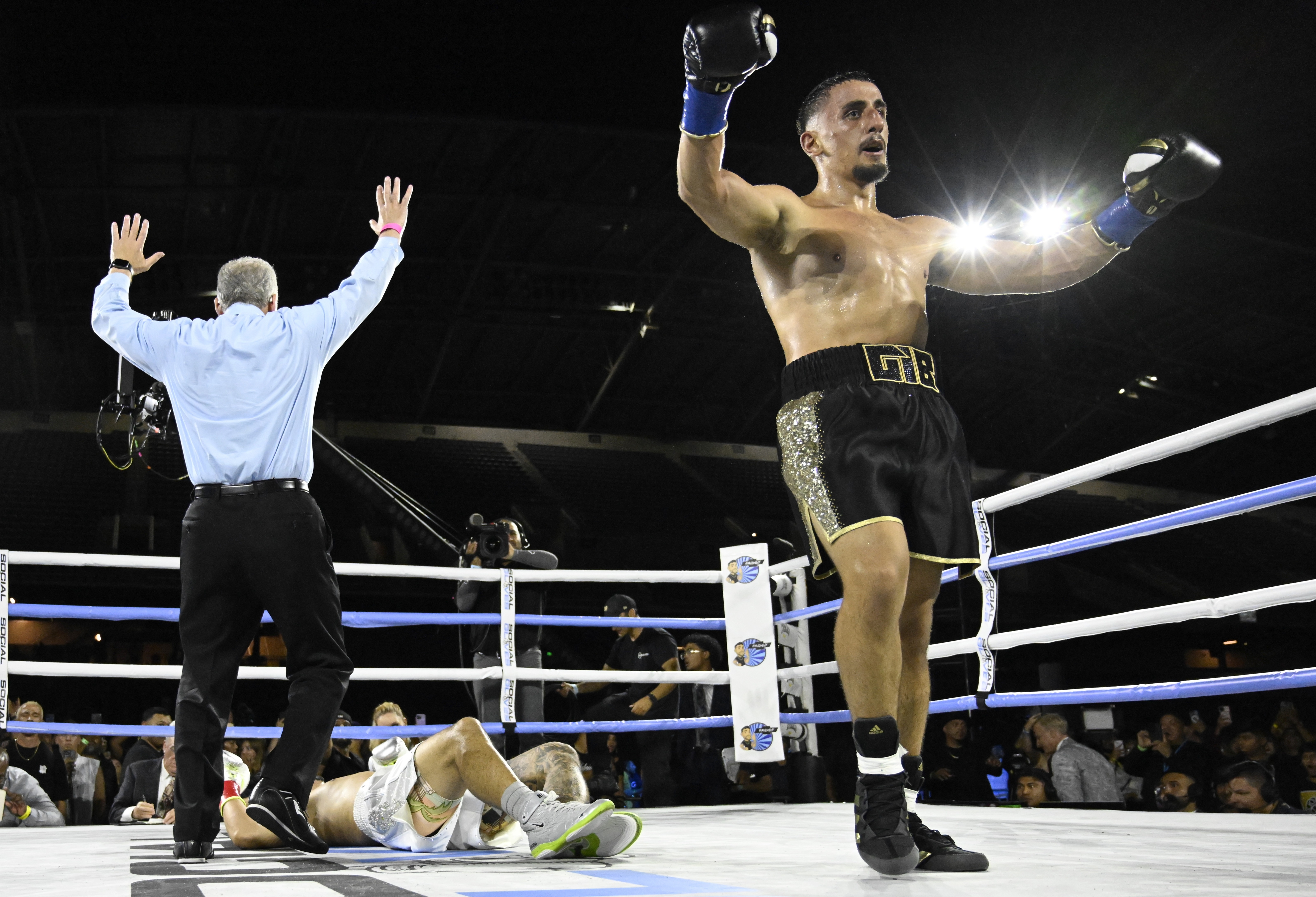 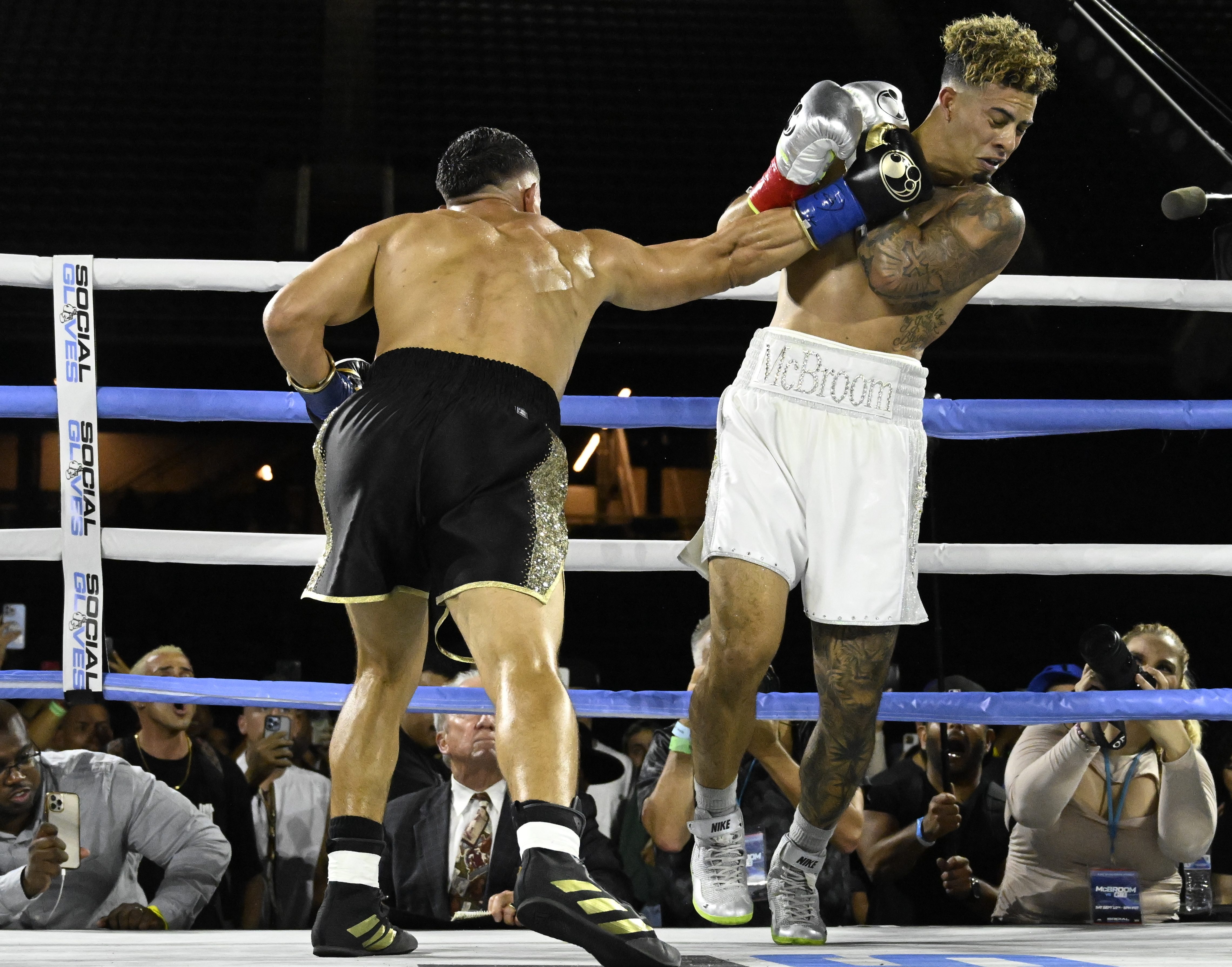 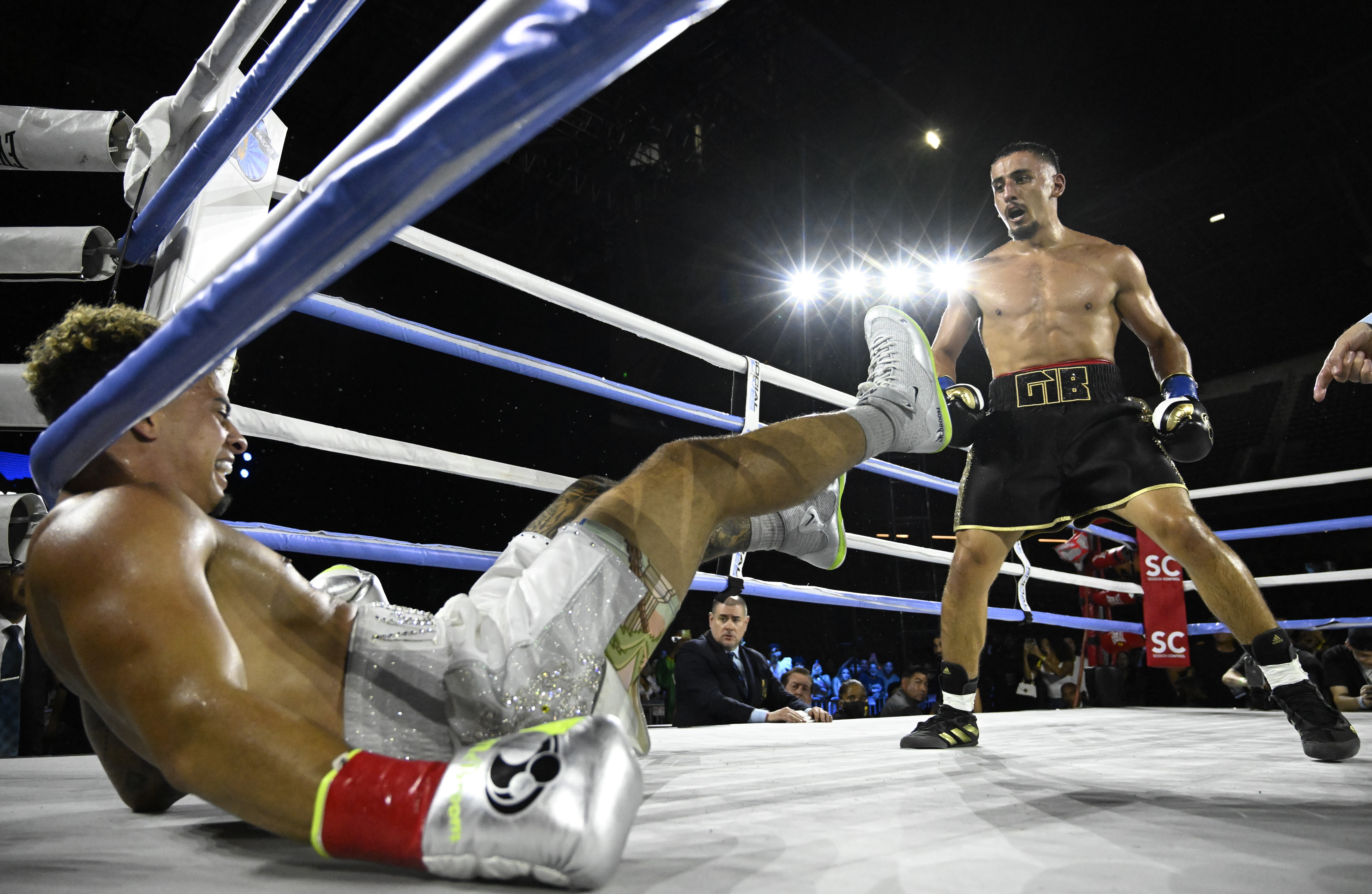 The contest was waved off in the fourth round after the American was left sprawled across the canvas after being on the receiving end of a monster straight right.

McBroom started the fight on the front foot having scored a knockdown of his own in the opening round.

But he failed to capitalise on his early success, as he hit the deck twice in the third round, before being floored three times in the fourth.

And as a result of his brutal beatdown on his professional boxing debut, McBroom was taken straight to hospital. 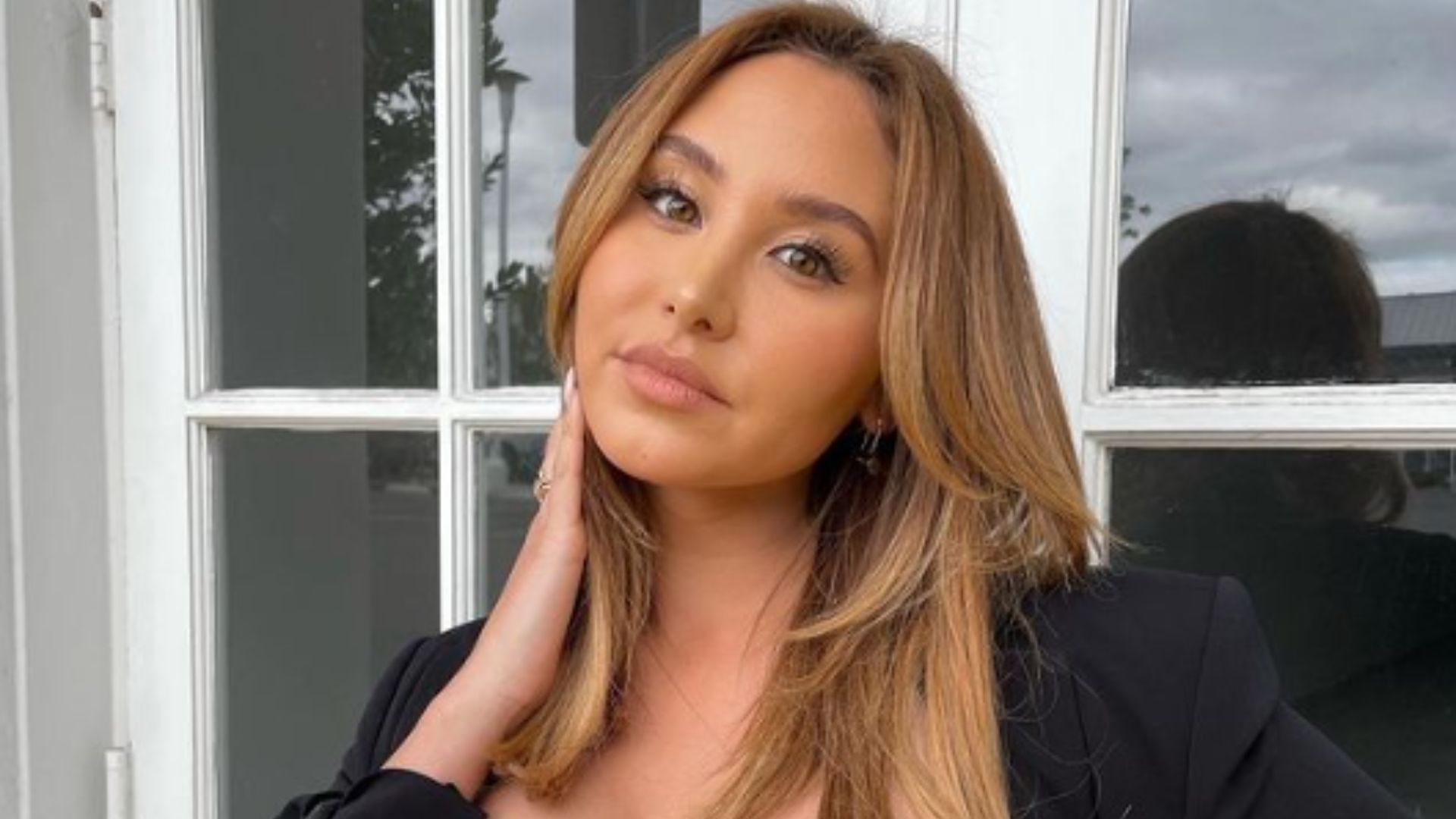 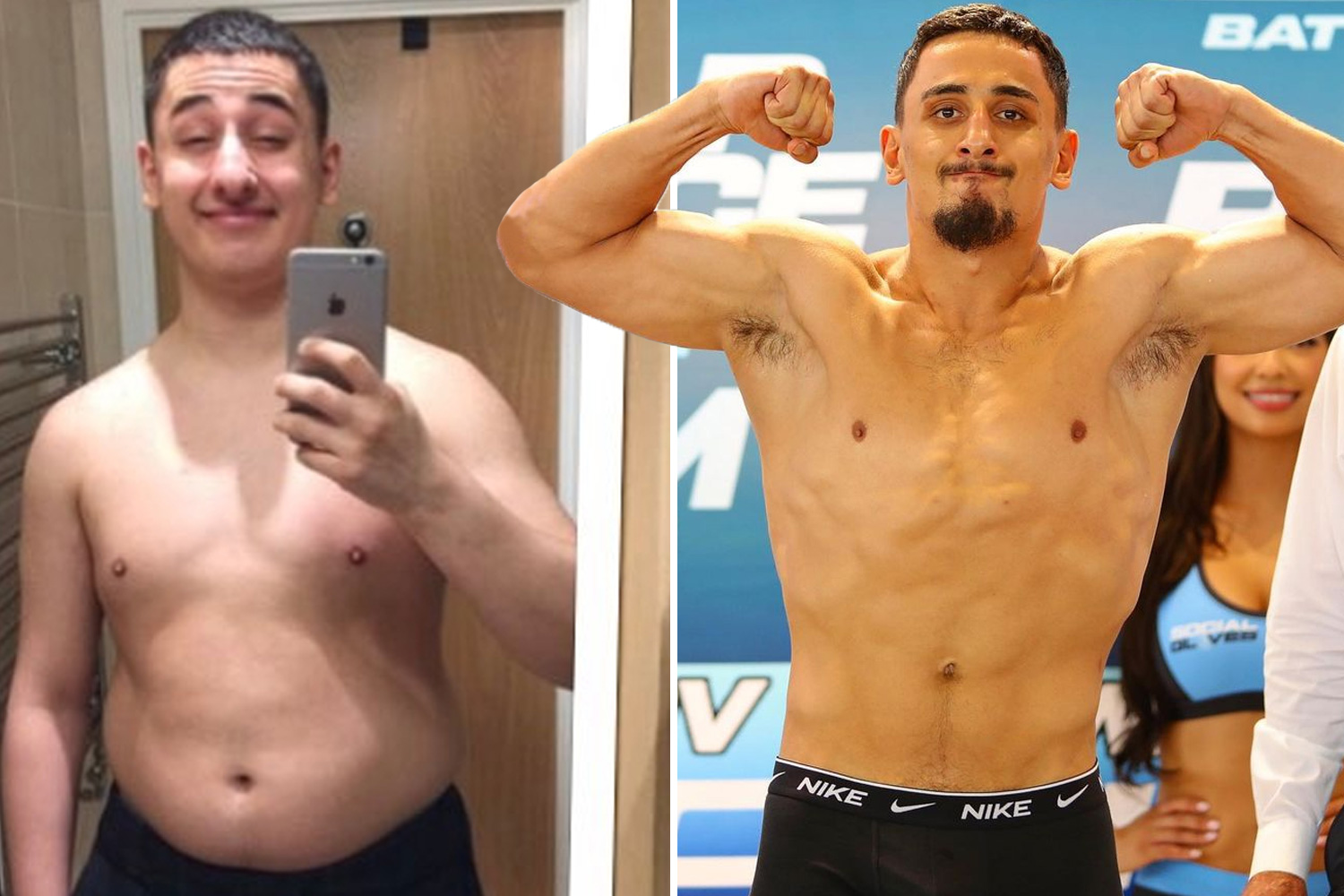 It is understood that he was taken to be checked over by doctors as a precaution.

McBroom, whose Social Gloves company was promoting the event, is yet to comment on his defeat as he failed to speak post-fight in the ring or on any of his social media channels.

The same can't be said for AnEsonGib who took to Twitter where he simply stated: "No Mercy."

Most read in boxing 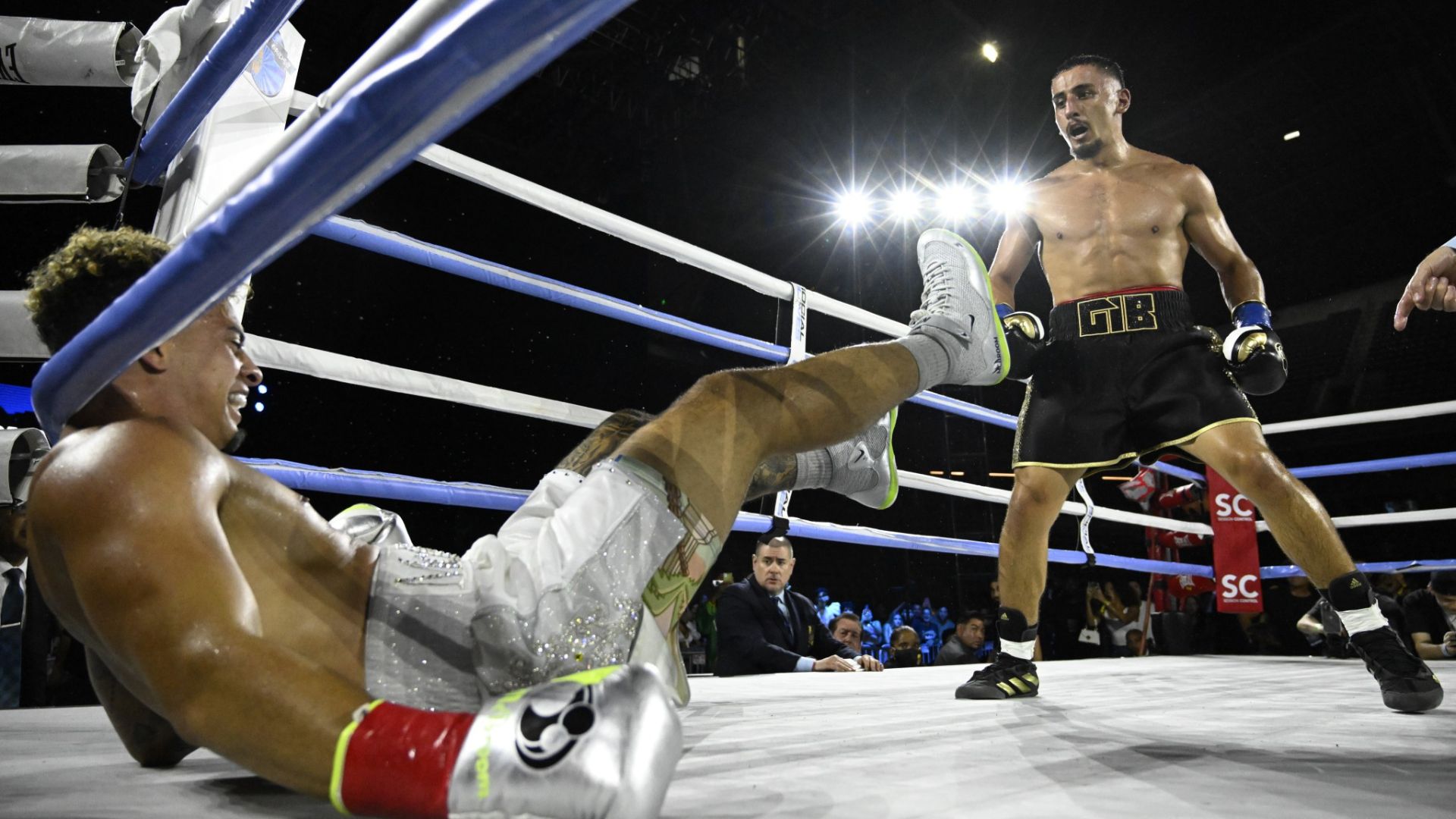 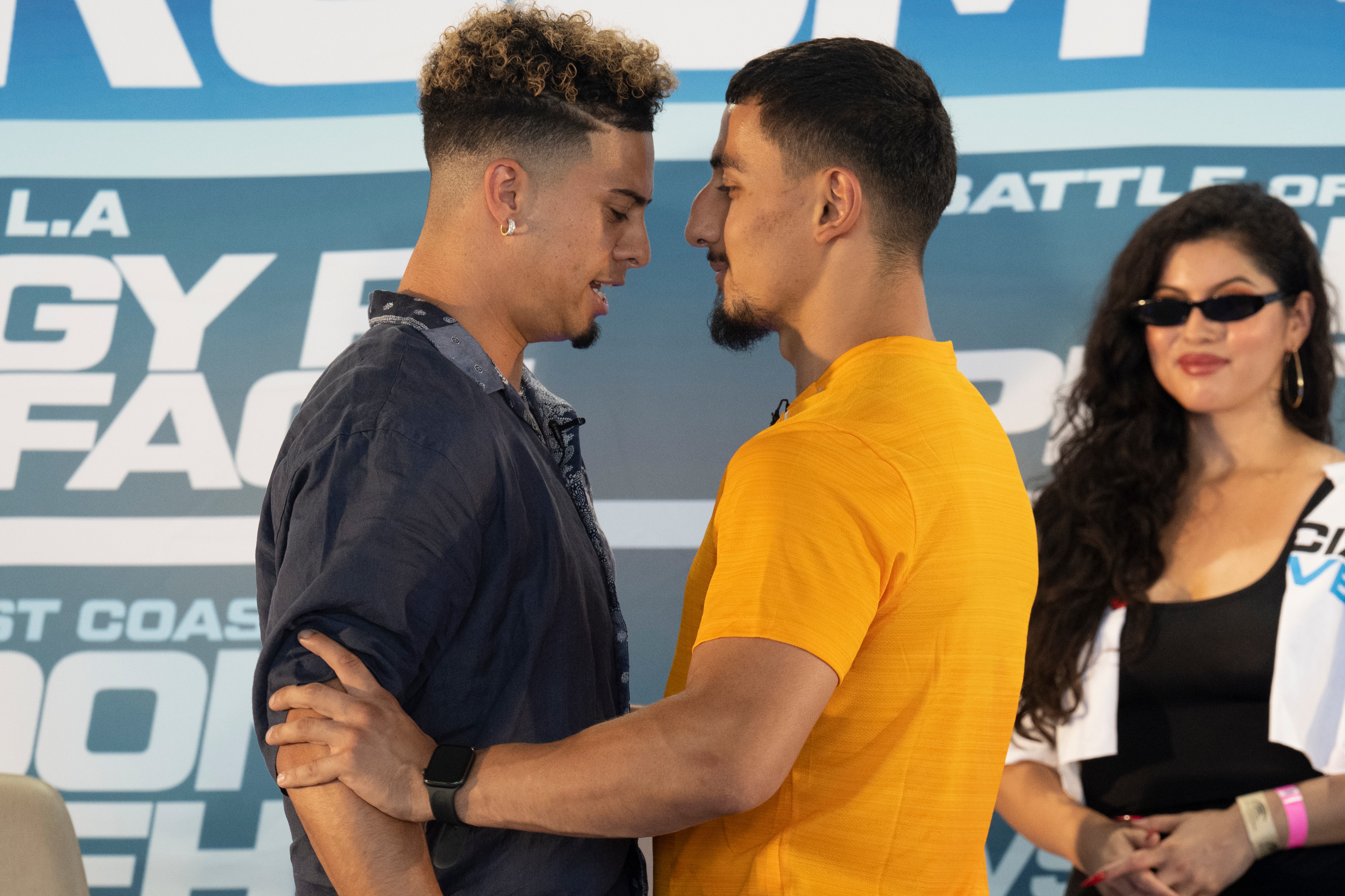 MCBROOM WITH A VIEW 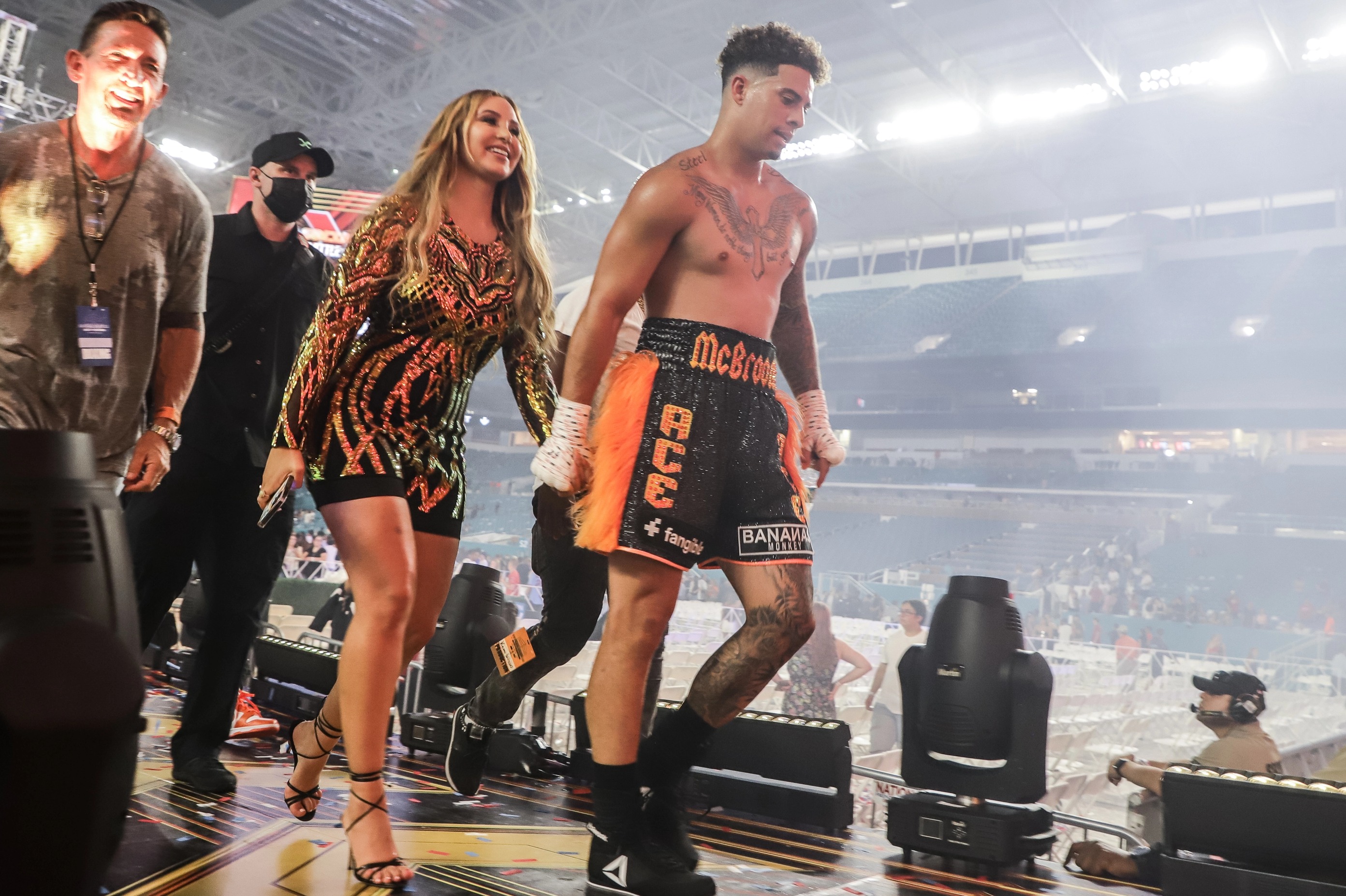 McBroom vs Gib undercard – who else is fighting on YouTuber boxing card in LA? 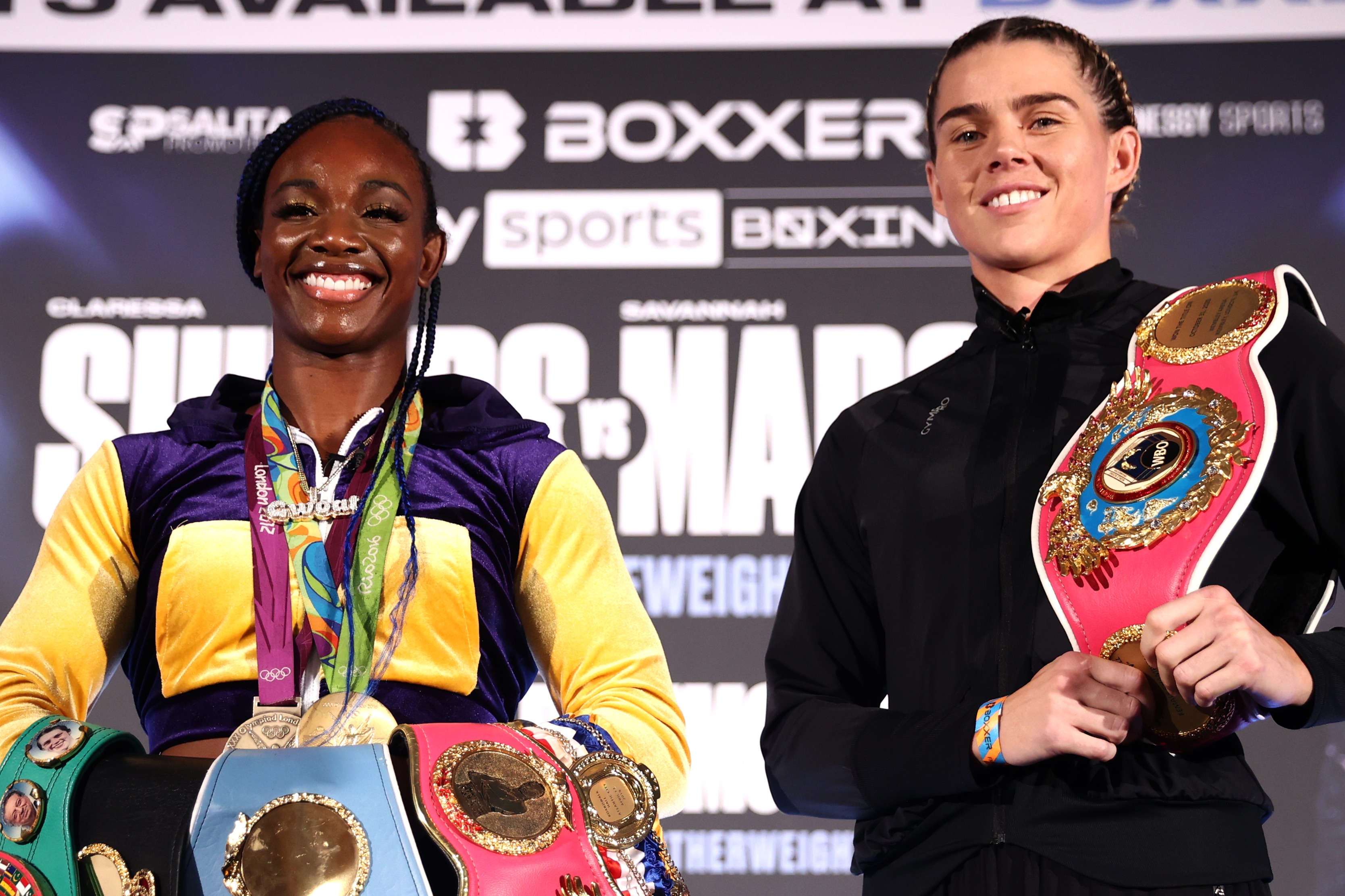 Speaking in his post-fight interview, Gib remarked: "I flew all the way to America to KO the CEO.

"That's what I came to do; all respect to Austin McBroom; I respect him for inviting him to the first Social Gloves, and this Social Gloves.

"Without him I wouldn't have my redemption story so all respect to him.

"I've got my revenge, I've got my redemption; I've been working so hard in the gym, I'm going to keep going and I'm looking forward to my next fight.