Four gold medals – two in the pool, one in freestyle BMX and another in sailing – has given Australia its most successful individual day in 125 years of Olympic competition and set up the prospect of equalling or eclipsing the country’s greatest ever gold haul, that from Athens in 2004.

If you thought Wednesday’s gold rush was exhilarating, Sunday was even better. 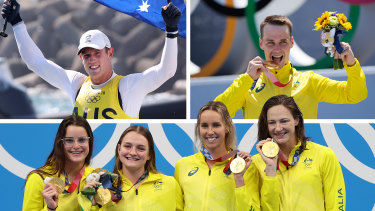 Before these Games, Australia had won three medals in one day on just four occasions since the modern Olympics’ inception in 1896.

Australia has now done it twice in the space of five days.

However, August 1, 2021 was the day Australia added four golds to its tally, taking the overall haul to 14 for the Games of the XXXII Olympiad. 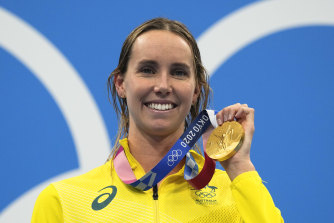 At the strangest Olympics of all, things have clicked into gear for the athletes in green and gold.

Emma McKeon triumphed in the 50-metre freestyle – in Olympic record time – before helping Australia claim an upset 4x100m medley relay victory over the USA and Canada. It was a record ninth gold in the pool for a team who could do little wrong.

Then when Logan Martin won freestyle BMX’s first gold at the Olympics and Matt Wearn took out the men’s laser sailing event, Australia had suddenly put itself in the frame to go better than any previous team. 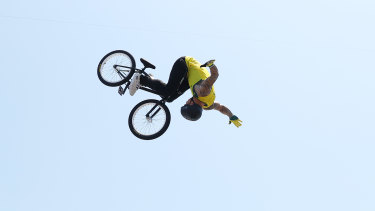 With seven days of competition remaining, Australia need to chalk up another four gold medals – something that is certainly achievable – to go past Athens.

A number of sporting teams are in the mix for a gold medal, such as the Kookaburras, Hockeyroos, Matildas and Boomers. 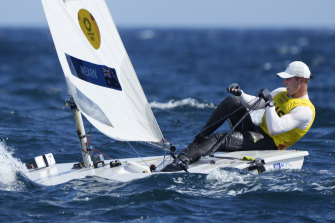 There is an excellent chance of more glory in the sailing, with Mat Belcher and Will Ryan potentially able to lock up a medal in the men’s 470 by Monday.

On the athletics track, Stewart McSweyn will need to produce the race of his life in the 1500 metres, while Kelsey Lee-Barber is the reigning world champion in the javelin and despite a bad run with injuries, shouldn’t be completely ruled out.

However, high jumper Nicola McDermott is the country’s best hope of an athletics gold medal, even if it is an outside one.

The women’s golf tournament begins on Thursday and as usual, a winner can come from anywhere.

Australia’s Minjee Lee, who won the Evian Championship in France just before the Olympics, will be in the mix for a place on the podium.

Gold medals are certainly not a given and Australia still may fall short of the Sydney tally of 16.

In Athens, Australia won seven golds in the pool, six in cycling, plus one each in diving, rowing, shooting and hockey.

In 1956, Australia finished third overall on the medal tally – its best ever finish.