AFTER seven months away, the NFL will come roaring back to life with Tom Brady once again looking down from the mountain top.

His Tampa Bay Buccaneers will look to stay on their throne after trouncing the Kansas City Chiefs in Super Bowl LV. 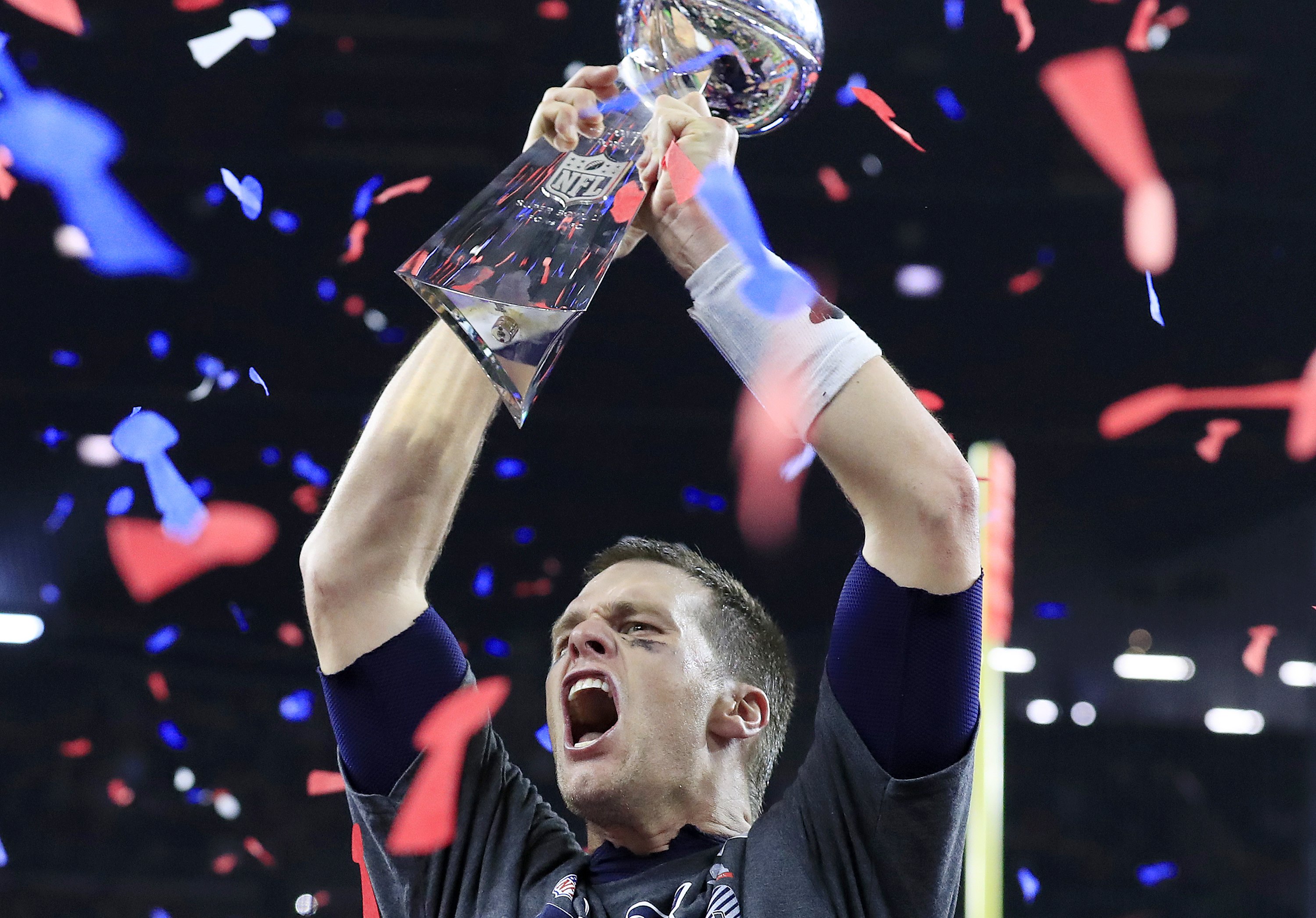 But the usual suspects of Patrick Mahomes, Aaron Rodgers & Russell Wilson will be looking to deny Brady his EIGHTH title in what could be the best season of Gridiron yet.

Here’s a look at some of the top contenders, dark horses and also rans as we gear up for week 1…

Despite their painful Super Bowl loss, the CHIEFS are favourites with the bookies to win their second Super Bowl in three years.

With Mahomes already approaching hall of fame status in just his fourth season, it will be down to his new-look Offensive line to protect him better than what we saw in February.

If he’s given time to weave his magic, there’s barely a player alive that can stop him.

The BUCS are second favourites and are the epitome of ‘if it ain’t broke, don’t fix it’.

The first team in the modern era to bring back all 22 starters, they’ll be looking for the ageless Brady to get the most out of the embarrassment of riches that make up his receiving corps.

Add to that the young and hungry ‘Gravedigger’ defence and a sell-out home stadium for every game this season (something they never had in a pandemic-filled 2020), and they're hard to oppose.

Is this the year that the BUFFALO BILLS write the ultimate chapter into their history?

Famously going to four straight Super Bowls in the 90’s, but losing every single one, Josh Allen and co. are in a great position to make another deep run into the postseason.

They’ll have to navigate a tricky looking AFC East (with the Patriots never to be discounted and a hugely talented Miami team) and of course get past the Chiefs, but they could just eradicate those four falls of Buffalo.

Some bookie prices could look very silly in a few weeks’ time, and the LA CHARGERS being current 7th favourites could well be one.

They should have star safety Derwin James back after a year out through injury, and can ruffle more than a few feathers.

The MIAMI DOLPHINS have gone from a laughing stock to a definite dark horse in just a couple of years, thanks to Head Coach Brian Flores.

The jury might still be out on QB Tua Tagovailoa but if he makes a leap in his sophomore year, there’s enough talent on both sides of the football to secure a wildcard playoff place. And who knows from there…

It was so close but so far for the CLEVELAND BROWNS last year, who had a chance to down the Chiefs in their own backyard but came up just short.

There’s never been more belief amongst the Ohio natives though and with good reason: a dominant run game, an imposing O-line and just enough stardust from QB Baker Mayfield stand them in good stead.

With divisional rival teams looking weaker than in previous years, a first ever AFC North title isn’t out of the question.

And no-one would begrudge some of the most loyal and downtrodden fans some success. (Unless you happen to wear black and yellow…)

BEST OF THE REST

There’s not enough column inches to highlight every potential plot going into kick-off, but look out for the JACKSONVILLE JAGUARS – Supposed ‘can’t miss’ QB Trevor Lawrence starts after being the first draft pick in 2021, the job now will be to protect him.

The NEW ENGLAND PATRIOTS enter the Mac Jones era, as he beat Cam Newton not just out of a starting role, but out of a job.

The WASHINGTON FOOTBALL TEAM gave the Bucs an almighty fright in the playoffs, and 16-year veteran Ryan Fitzpatrick will never have a better chance of making the postseason for the first time.

There’s enough talent in the DENVER BRONCOS to make a run but is Teddy Bridgewater the man to unlock enough points in the offense?

Dak is back for the DALLAS COWBOYS, can Prescott end the 26-year wait for a title for ‘America’s Team’?

The DETROIT LIONS will ‘punch people in the mouth’ – Not my words, but the words of first-year HC Dan Campbell. Can he get the Motor City revving again?

Finally, there’s the lowly HOUSTON TEXANS: No star QB thanks to Deshaun Watson’s legal trouble, no star WR after DeAndre Hopkins’ trade at the start of last season, and no JJ Watt after his move to the Cardinals.

It won’t stop them, or any other team dreaming of glory though…