ANSU FATI is eyeing a return to action in September – nine months after the Barcelona starlet suffered a serious knee injury.

In November of last year, the 18-year-old ruptured the internal meniscus of his left knee and he has since undergone four operations. 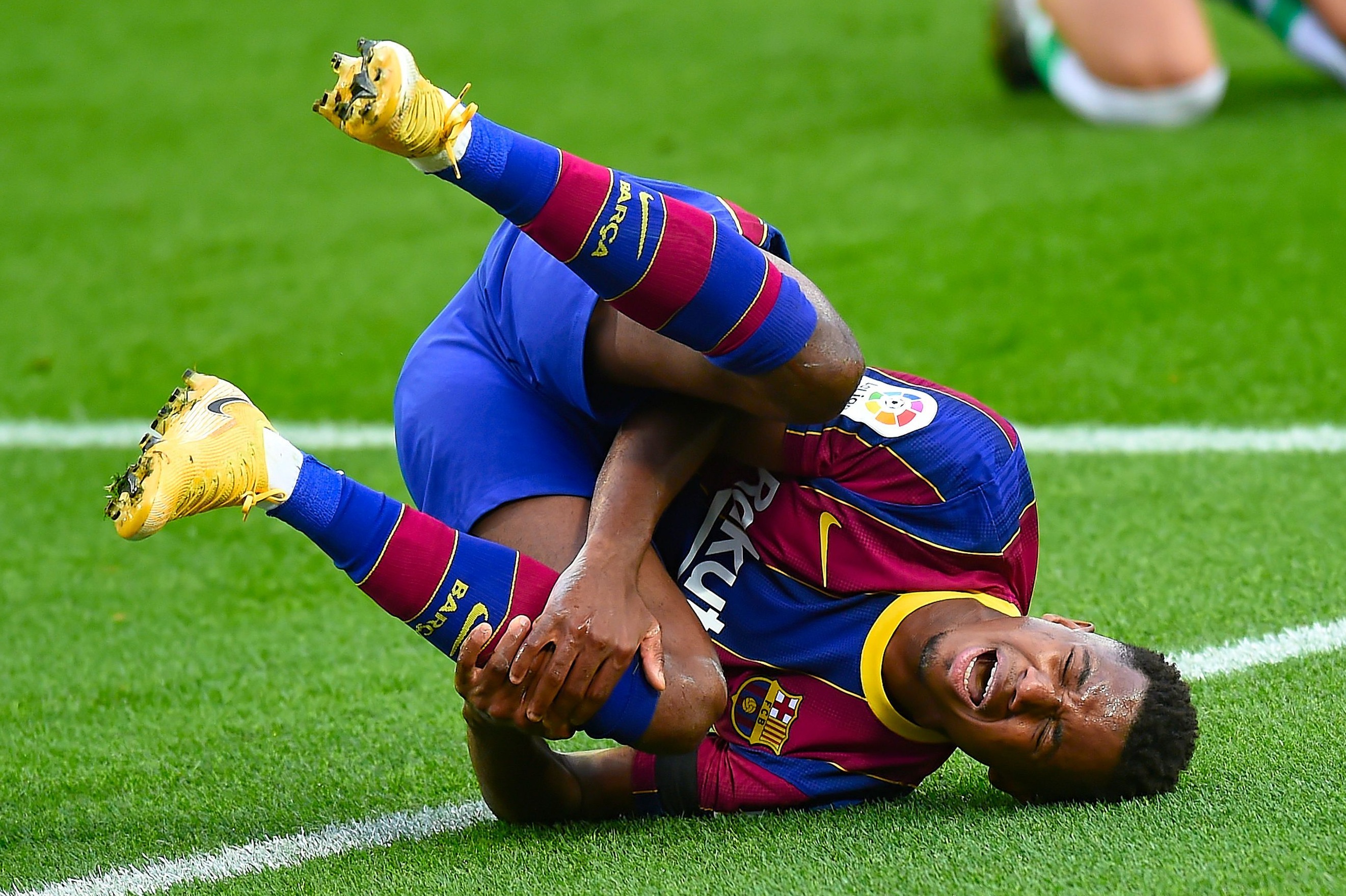 Spanish newspaper AS detail how agent Jorge Mendes took control of his player's recovery after delays to his predicted five-month recovery period.

The Portuguese representative sent Fati to his own preferred surgeon, Jose Carlos Noronha, after Barcelona had entrusted his treatment with Ramon Cugat.

Dr Cugat has treated a number of stars over the years, including Lionel Messi and Xavi, while Dr Noronha has worked with the likes of Cristiano Ronaldo, Pepe and Radamel Falcao.

Fati was last operated on on May 11 and Barcelona are said to be optimistic that he is finally on the mend.

A recovery date is not yet in the club's diary but the September international break is reportedly seen as a plausible target.

That means the teenage striker could be ready for the start of the Champions League campaign.

Fati made his Barcelona debut at the age of 16 in August 2019, becoming the second-youngest player to ever appear for the club.

And he had started last season on fire with five goals and four assists in ten appearances before the injury against Real Betis on November 7.

Spain even rewarded his form with a call-up to the senior national side and Fati scored in the second of his four matches so far for La Roja.

Speaking earlier this summer, coach Ronald Koeman admitted that the forward's recovery had not gone to plan.

He told reporters: "Poor kid, it's taking him a long time…

"Yes, there were things that didn't go well but I don't want to go into it.

"Five or six months is a long time. The most important thing now is that he is going to recover, that he's going to get well and that he will be with us.

"It's too bad that it will only happen next season. His absence was a big loss for us."