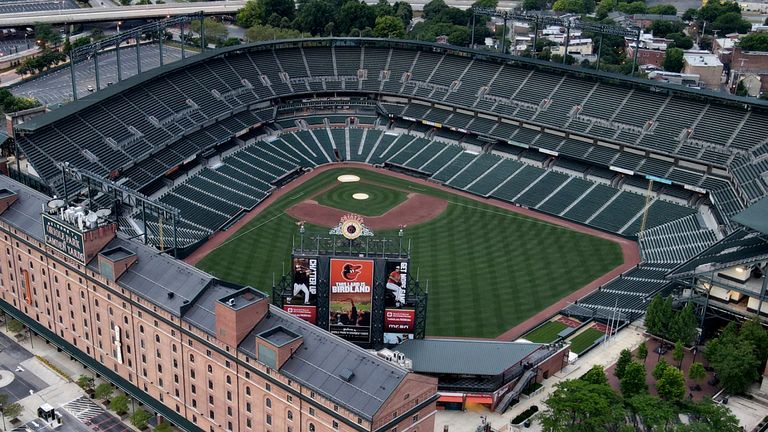 Roberson has spent the last 17 years as the PA announcer for the Bowie Baysox – a Double-A Affiliate (second-highest level of play in Minor League Baseball) of the Orioles.

She joins the ranks of Renel Brooks-Moon of the San Francisco Giants, Marysol Castro of the New York Mets and Amelia Schimmel of the Oakland Athletics as the only women actively working as stadium announcers in baseball.

In a statement, Roberson said: “I am honoured to be the next voice of Oriole Park at Camden Yards.

“To be able to cultivate my passion, bring my voice to our historic ballpark and announce the same players I saw come through our minor league system as they now make their way to Oriole Park at Camden Yards is incredibly exciting.”

A HUGE Congratulations to @adriennemr who was today named as the new Public Address Announcer for the @Orioles!

She becomes the 1st female public address announcer in O's history & joins the club after spending the last 17 years as our announcer! pic.twitter.com/7OU3JFvxuj

“We are excited to have Adrienne assume the full-time role as the voice of Oriole Park,” Greg Bader, Orioles senior vice president for administration and experience, said in a statement.

“After working several Orioles games over the past 10 seasons and serving as the voice of the Baysox for nearly two decades, she is familiar with our players throughout the Orioles system, and we are proud to now regularly feature her voice, one that many of our fans already know and love, on a nightly basis.”