BEN CHILWELL insists his goal in Chelsea's 4-1 win against Sheffield United was well rehearsed – despite looking clueless about it.

Chilwell, 23, found himself on the end of a cross delivered by Hakim Ziyech at the far post to put his side 2-1 up against the Blades. 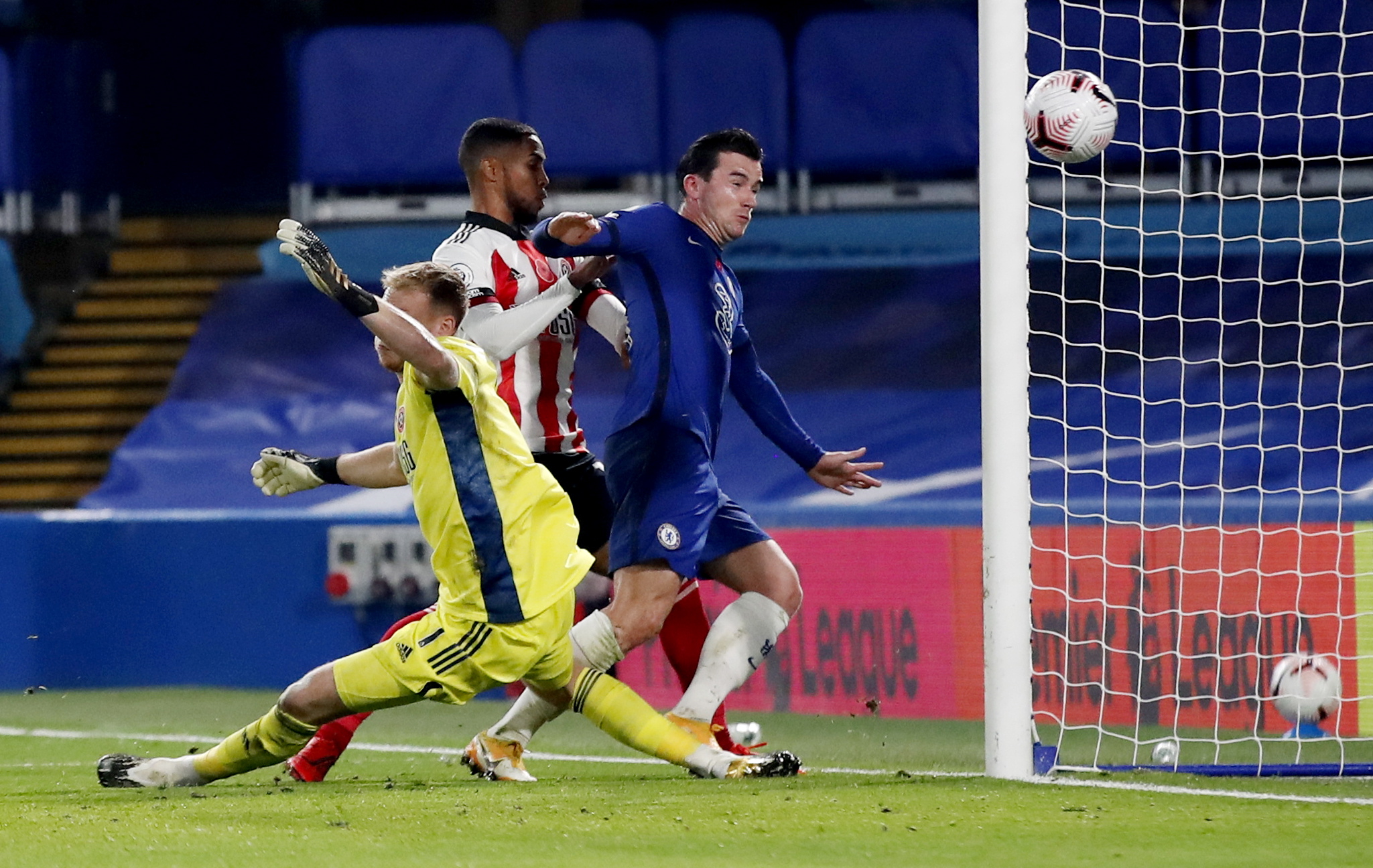 His connection wasn't the best but the ball found the back of the net.

Despite his sloppy finish the left-back revealed that he had practised the routine on Chelsea's training ground prior to the game.

He said: "Although I didn’t know much about it, I’ll take it and it’s another goal so I’m happy!

"I didn’t really have my bearings to be honest, it was a bit of everything, the post, the goalkeeper. I thought I would just get in the back post and hopefully it would hit me and go across goal or go in.

"I was lucky it went in the goal. I didn’t know it had gone in until I saw Tammy looking at me smiling.

"At half-time all the boys said when you get in at the back post you make your own luck.

"I have had a few chances at the back post this season that haven’t quite gone in, and the one that did I probably didn’t deserve more than others."

Chilwell revealed that Chelsea's other new boys Ziyech and Timo Werner also took part in the exercise with him.

He continued: "I have been told to get in at the back post, we’ve worked on that a lot with Hakim cutting in and crossing it to the back post, and me or Timo being there."

Chilwell has been a revelation since signing for the Blues this summer for £50million.

His performances have earned rave reviews by pundits and Graeme Souness has said that Frank Lampard has 'won the lottery' with his purchase.

He also extended his praise to other Blues full-back Reece James.

Souness said: "When you buy a player for a lot of money, all the focus is on him.

"Ben Chilwell, they spent £50m on a full-back and all the focus is on him.

"In Reece James, he’s a top player. Given his age, he’s going to get better and better.

"So for Chelsea it looks like they’ve won the lottery in the full-back positions."