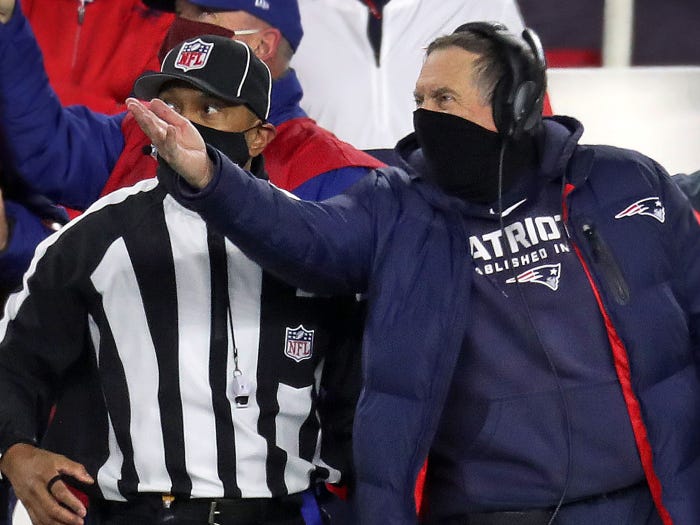 Bill Belichick and the New England Patriots had a rough night on Monday.

The 38-9 defeat they suffered at the hands of the Buffalo Bills was the worst home loss of the Belichick era in New England, and assured the Patriots they'd finish the season with a losing record for the first time since 2000.

But on a night where nothing went right for the Patriots, nothing filled Belichick with more rage than a bit of bad advice he got from upstairs regarding a challenge.

In the third quarter with the Patriots already trailing 24-9, Bills tight end Dawson Knox came down with the ball on the sideline. In real-time, the play looked close, and Belichick apparently got the tip from whichever Patriots staff member was watching from above for potential challenges.

But as replays would show, Knox clearly made the catch in bounds. The challenge failed, and the Patriots were down both a timeout and a challenge for the rest of the game.

As the replay was shown on the big screens in the stadium, Belichick was immediatly fuming. He grabbed the phone to give some choice words to whomever gave him the order to throw the challenge flag. Rather than hang up at the end of his call, he smashed the phone into a wall.

Best wishes to both the phone, and whoever was on the other end of that call with Belichick. We hope you both have a speedy recovery.