AN EMOTIONAL Ric Flair was covered in blood during his last ever match in the wrestling ring.

The 73-year-old icon said a tearful farewell to fans after fighting for one last time on Sunday night. 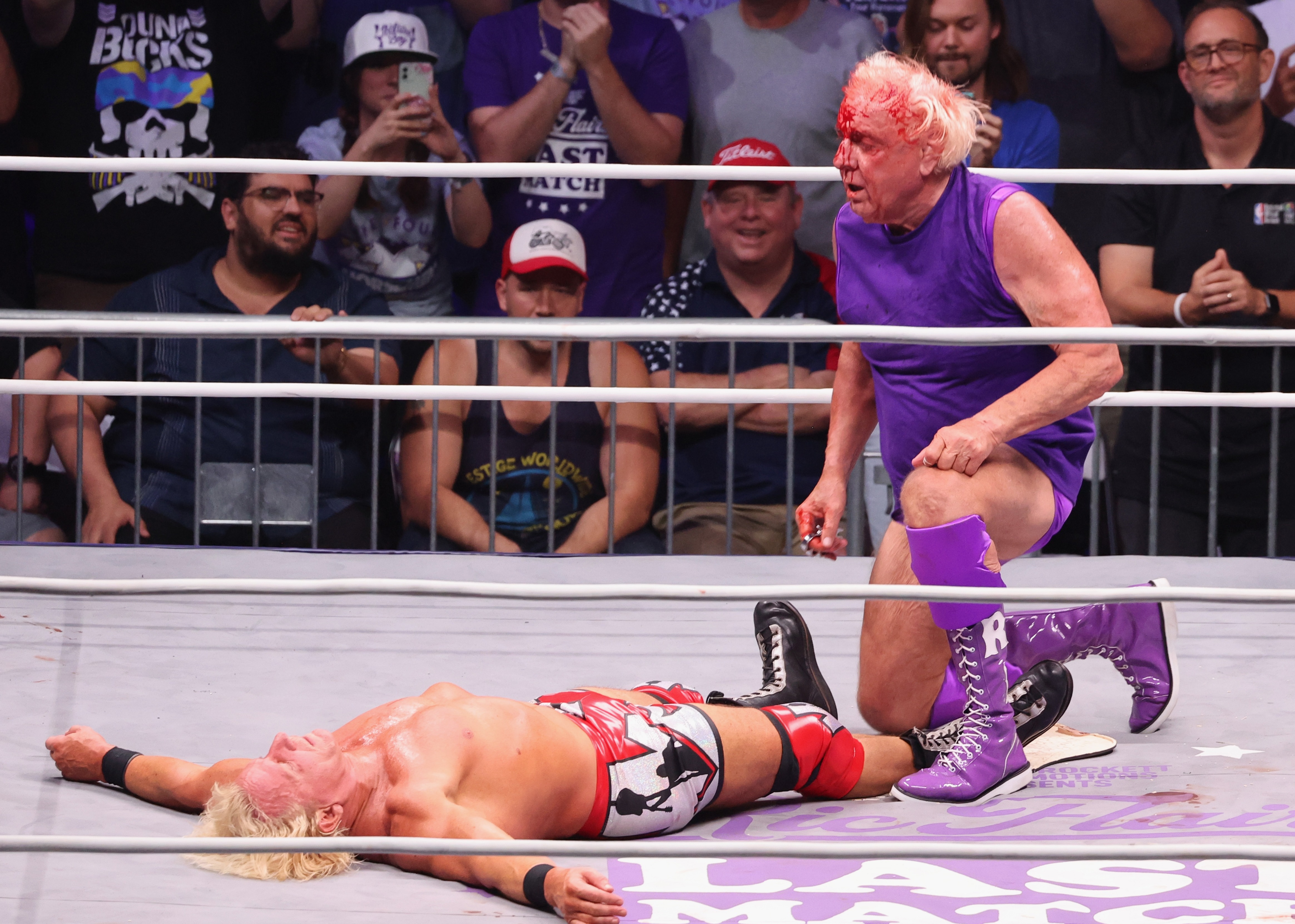 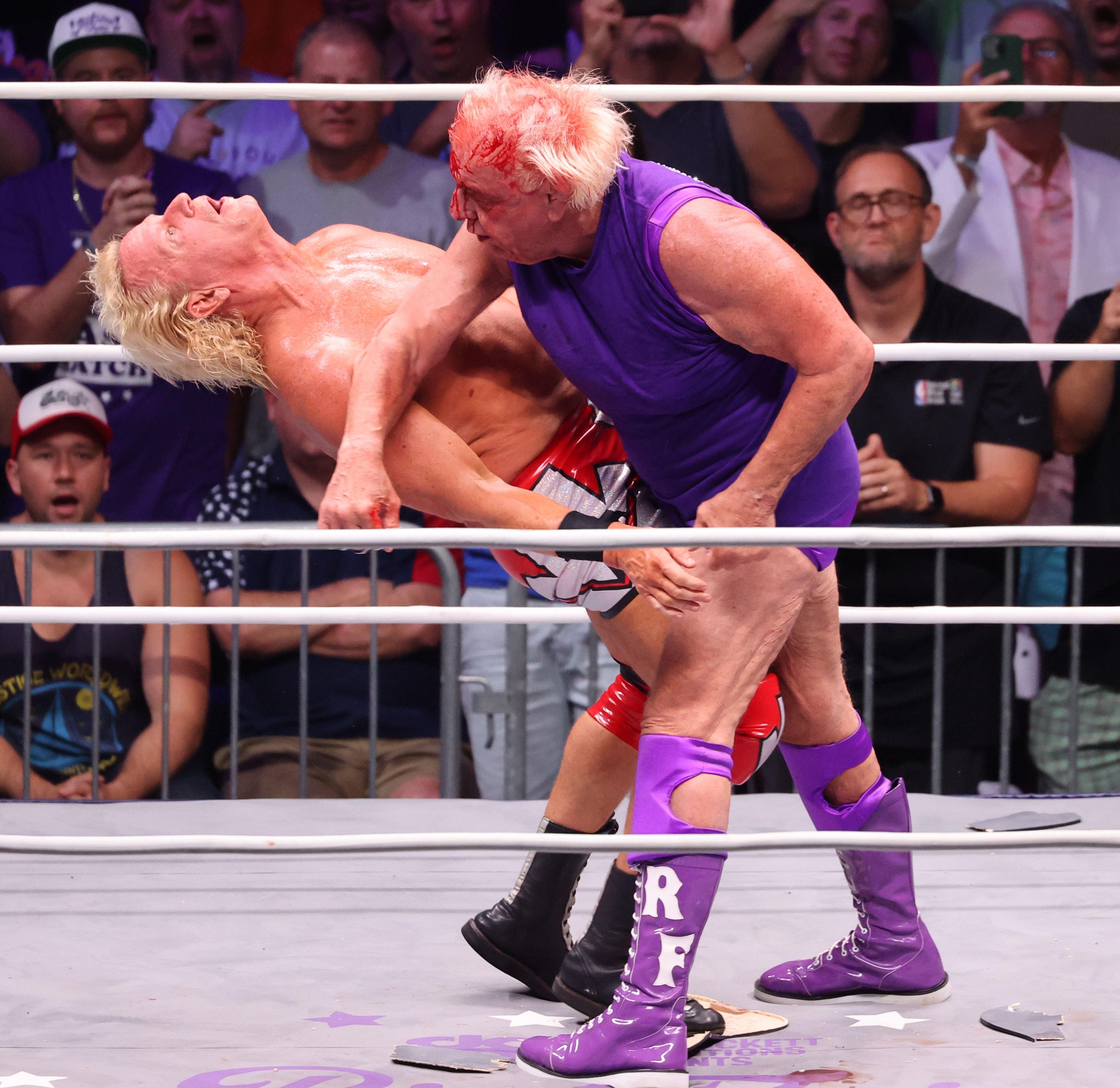 It marked the end of almost five decades of pro wrestling for the Nature Boy.

Flair's last match went largely as expected with fans more relieved that he made it out unharmed.

His face was covered in blood as he wrestled for one last time. 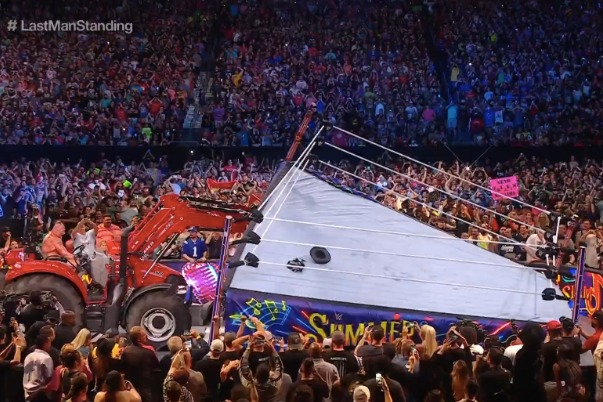 He threw a few chops, and shouted 'wooo' a few times before eventually walking out a winner.

And the finale was as typical of wrestling during Flair's prime years.

Lethal accidentally kicked the referee, and Jarrett then hit his team-mate with a guitar.

The guitar shot was meant for Flair before his teammate Andrade pulled him out of the way. 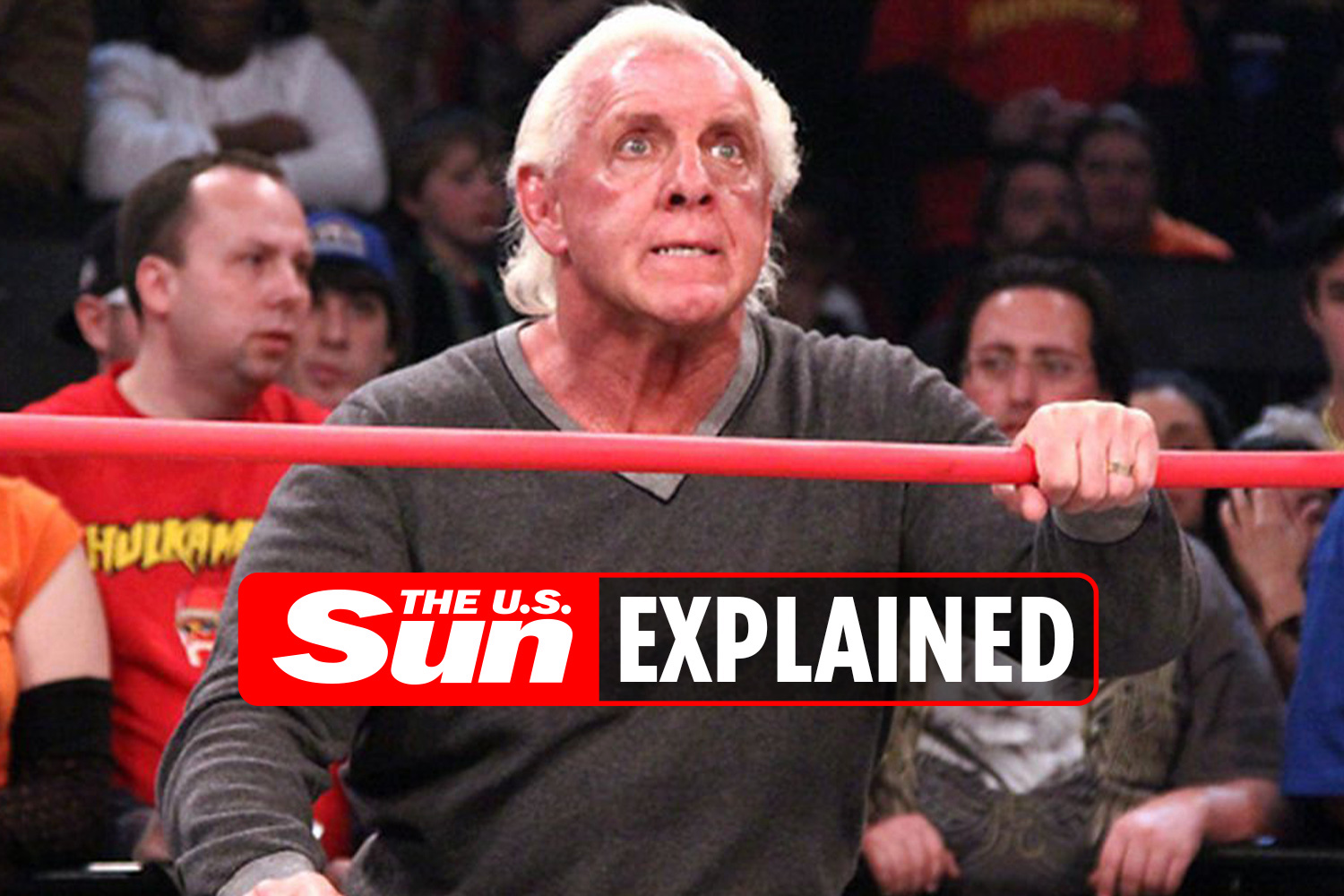 Everything to know about Ric Flair's last match 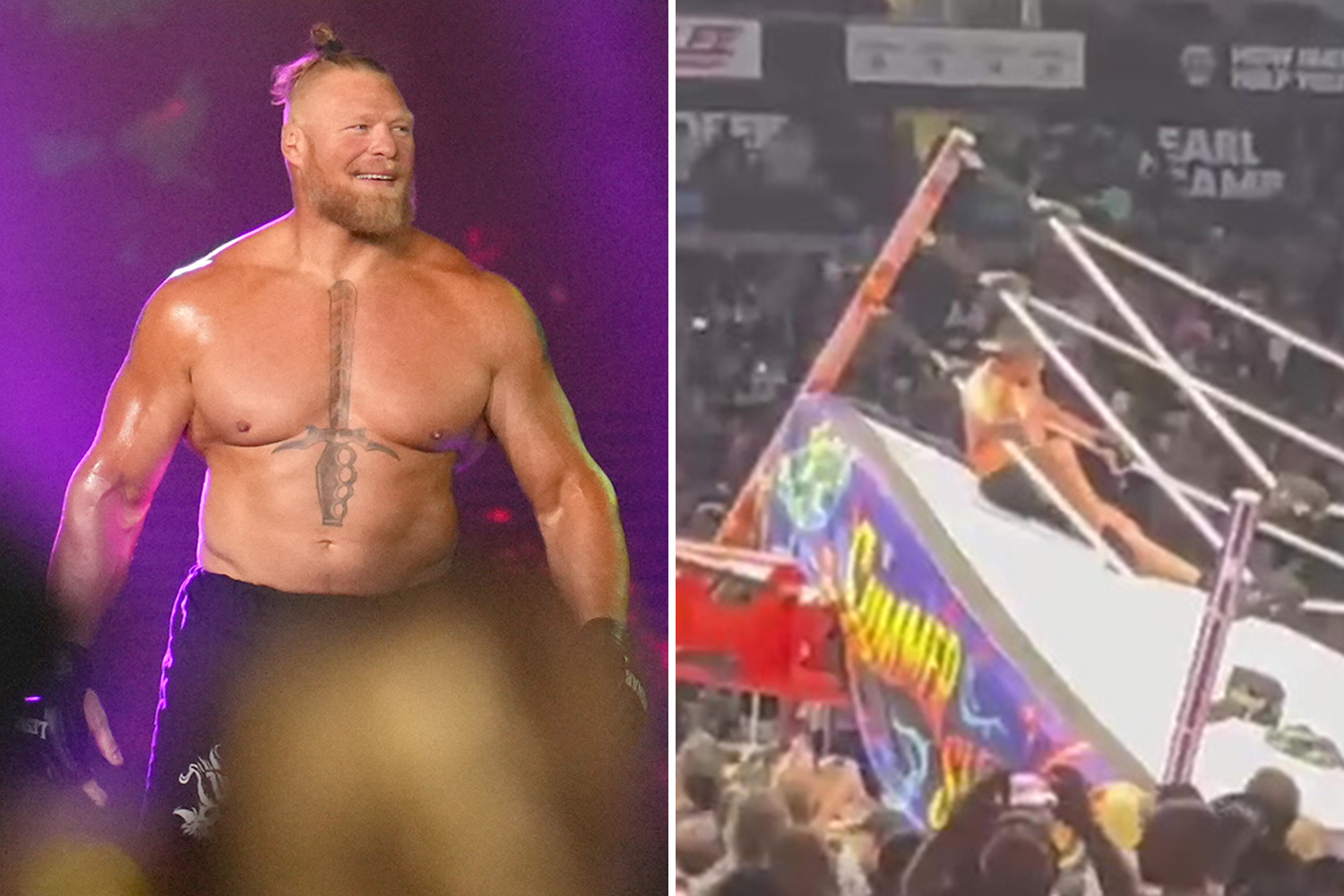 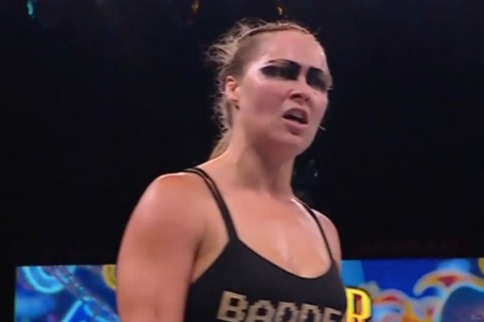 Andrade and Flair both then landed telling blows before a backup ref rushed to the ring.

Flair locked in the figure-four on Jarrett, who was already out cold.

And with Jarrett's shoulders on the mat, the referee counted to three and Flair was victorious.

The 73-year-old broke down as he thanked fans for their support throughout his iconic career.

He added that he was headed into Nashville to party with musician Kid Rock to celebrate.

Rock was in town to watch SummerSlam at Nissan Stadium on Saturday.

And he caused a bit of a stir when he made out with Trailer Trash Tammy live on TV. 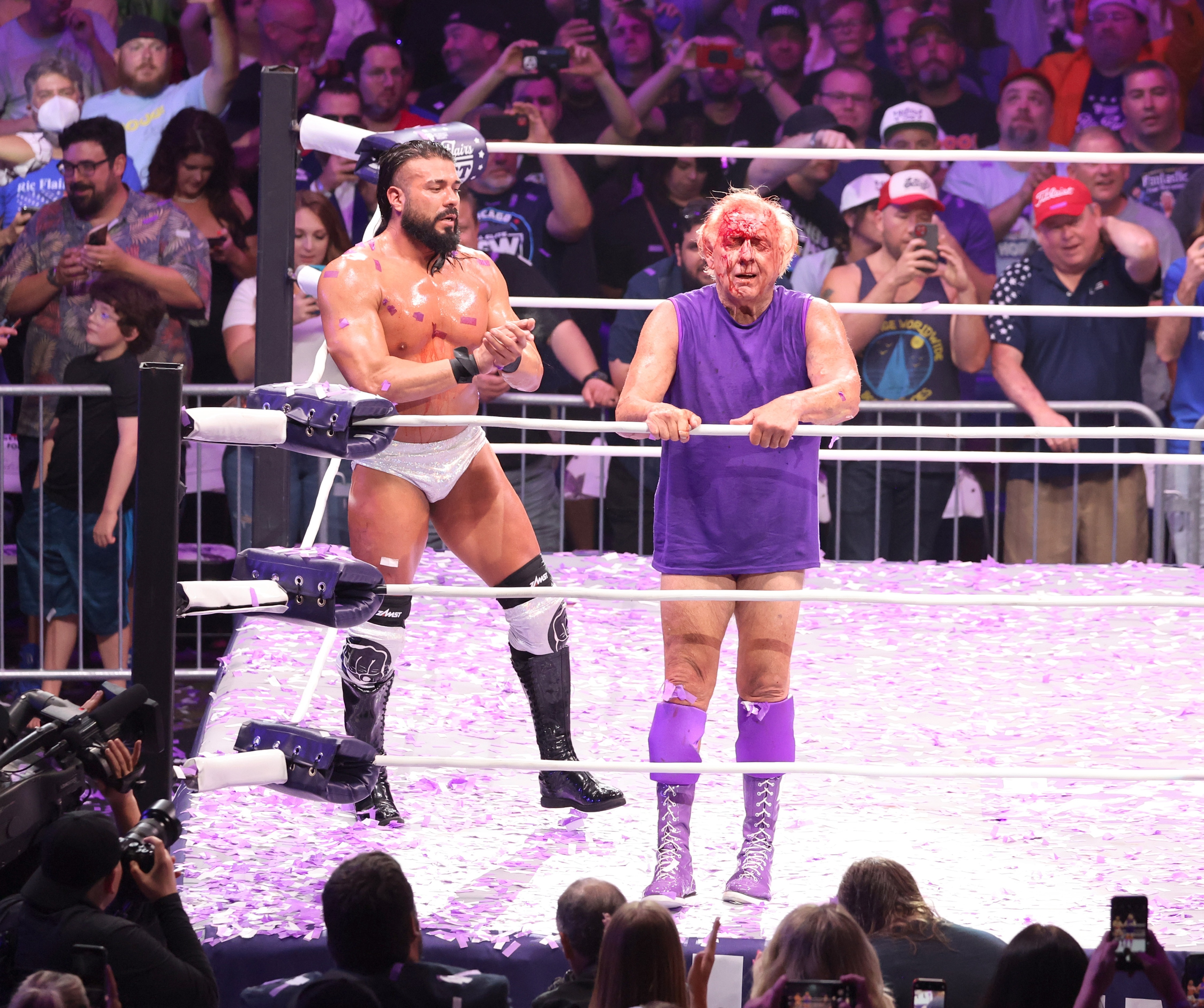 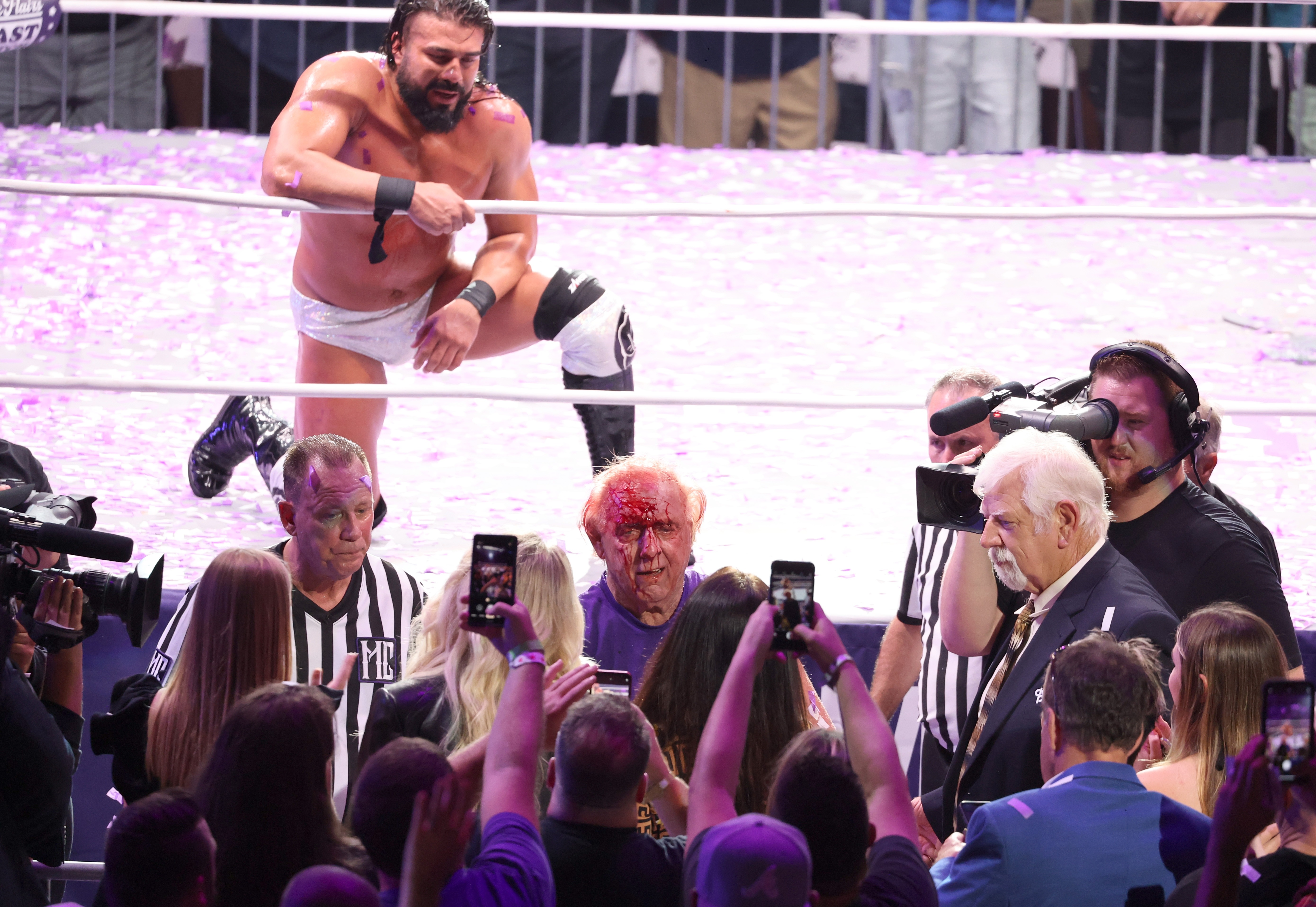 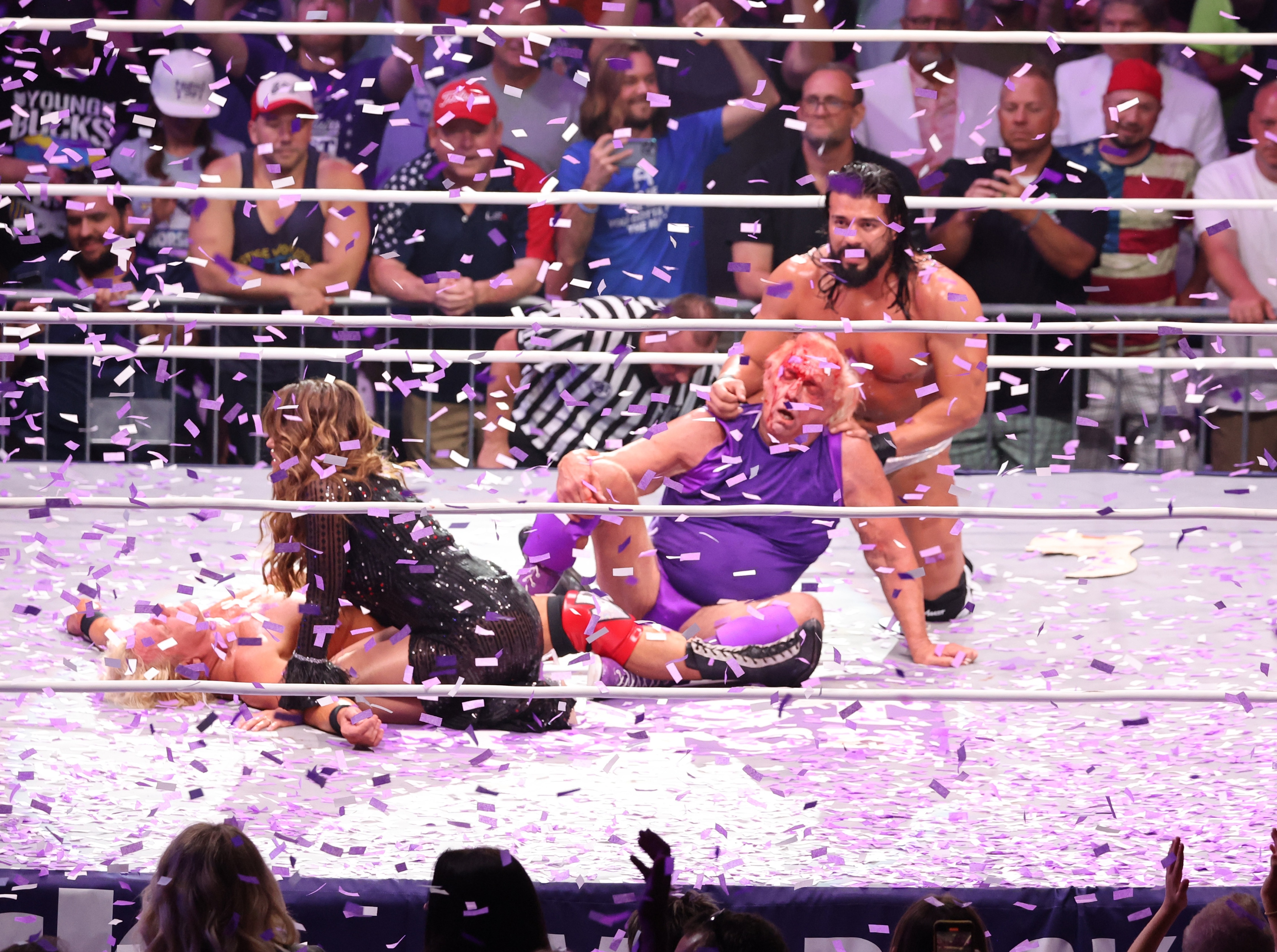