Home » Sport » Bournemouth star David Brooks, 24, diagnosed with cancer and wants to 'make a full recovery and be back playing'

Bournemouth star David Brooks, 24, diagnosed with cancer and wants to 'make a full recovery and be back playing'

BOURNEMOUTH midfielder David Brooks, 24, has been diagnosed with cancer, the club have confirmed.

The Wales international was examined last week after which it was confirmed he has Stage II Hodgkin lymphoma. 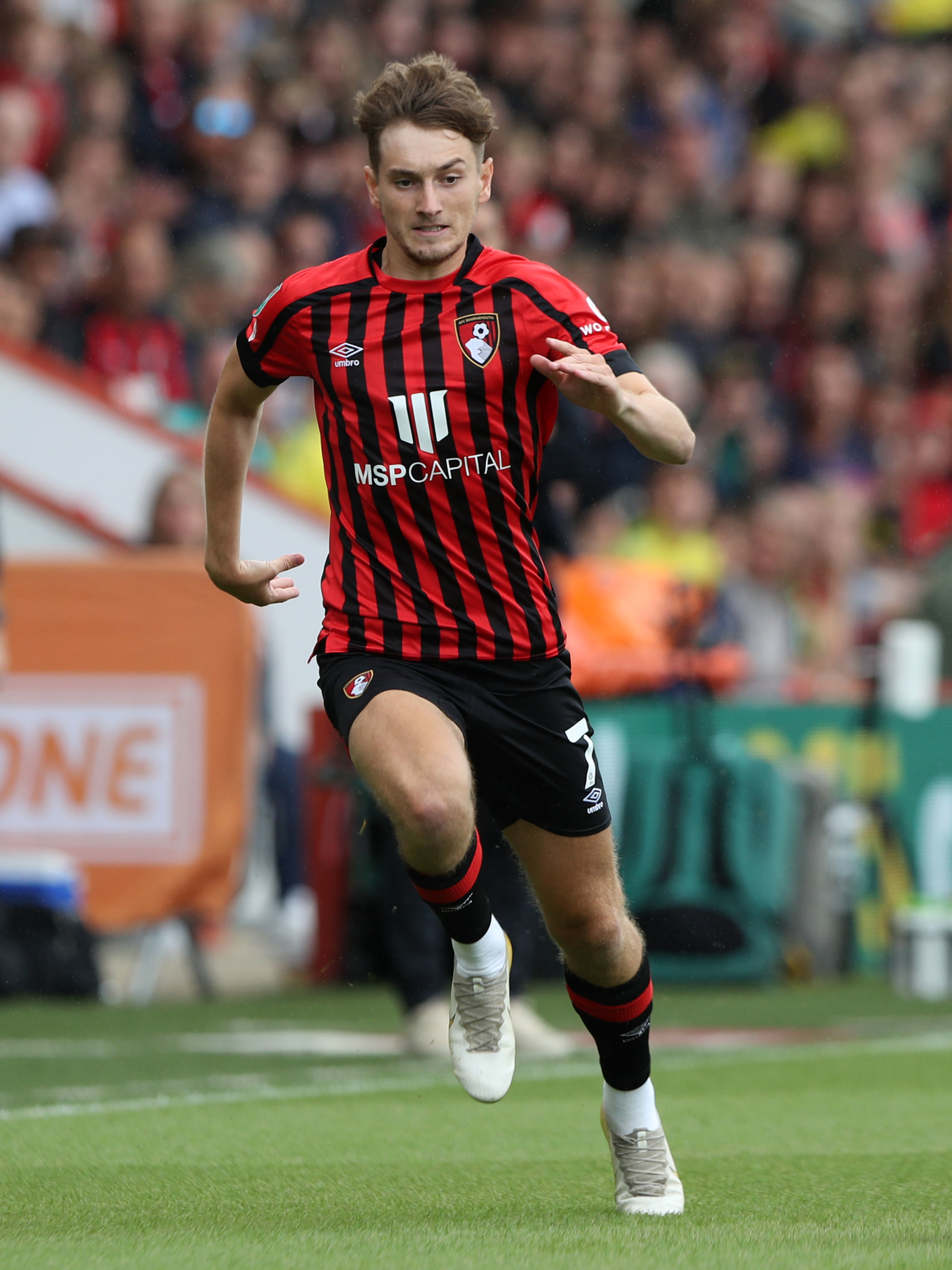 The Cherries confirmed Brooks will undergo treatment next week after an ‘initial positive prognosis’.

The 24-year-old released a statement via club website in which he thanked fans for their support and vowed to return to football.

He said: “This is a very difficult message for me to write.

“I have been diagnosed with Stage II Hodgkin Lymphoma and will begin a course of treatment next week.

“Although this has come as a shock to myself and my family, the prognosis is a positive one and I am confident that I will make a full recovery and be back playing as soon as possible.

“I'd like to show my appreciation to the doctors, nurses, consultants and staff who have been treating me for their professionalism, warmth and understanding during this period.

“I want to thank everyone at the Football Association of Wales because without the swift attention of their medical team we may not have detected the illness.

“I'd also like to say thank you to AFC Bournemouth for all their support and assistance this past week.

“Although I appreciate that there will be media attention and interest, I would like to ask that my privacy is respected in the coming months and I will share updates on my progress when I am able to do so.

“In the meantime, thank you to everyone for their messages of support – it means so much and will continue to do so in the months ahead.

“I look forward to seeing you all again and playing the sport I love very soon.”

Brooks has made nine appearances for the Cherries in the Championship so far this season.

Born in Warrington to a Welsh mother, he has won 21 Wales caps since his international debut back in November 2017.

WHAT IS HODGKIN LYMPHOMA

Hodgkin lymphoma is a rare cancer that affects the lymphatic system – which is part of the immune system.

It's a network of vessels and glands that carries infection-fighting white blood cells.

When a person has Hodgkin lymphoma, these blood cells multiply in an abnormal way and collect in parts of the lymphatic system, losing their infection-fighting skills, and making you more susceptible to infections.

The most common symptom is a painless swelling in a lymph node, usually in the neck, armpit or groin.

The disease can strike at any age, but mostly affects people in their early 20s, and those over 70. Men are slightly more likely to be diagnosed, and around 2,100 people are diagnosed each year.

While it's an aggressive cancer, it is one of easiest cancers to treat, if it's caught early.

Around 85 per cent of patients will live five years or more, and most will be cured.