Home » Sport » Brazil have lacked a centre forward since Ronaldo, but could have found a solution in Olympic star Matheus Cunha

Brazil have lacked a centre forward since Ronaldo, but could have found a solution in Olympic star Matheus Cunha

IT IS amazing to think of Brazil having a long running problem at centre forward. But it is the plain truth.

Back in 2006 everything seemed to be covered. The great Ronaldo was leaving the scene, but Adriano seemed ready to take over. 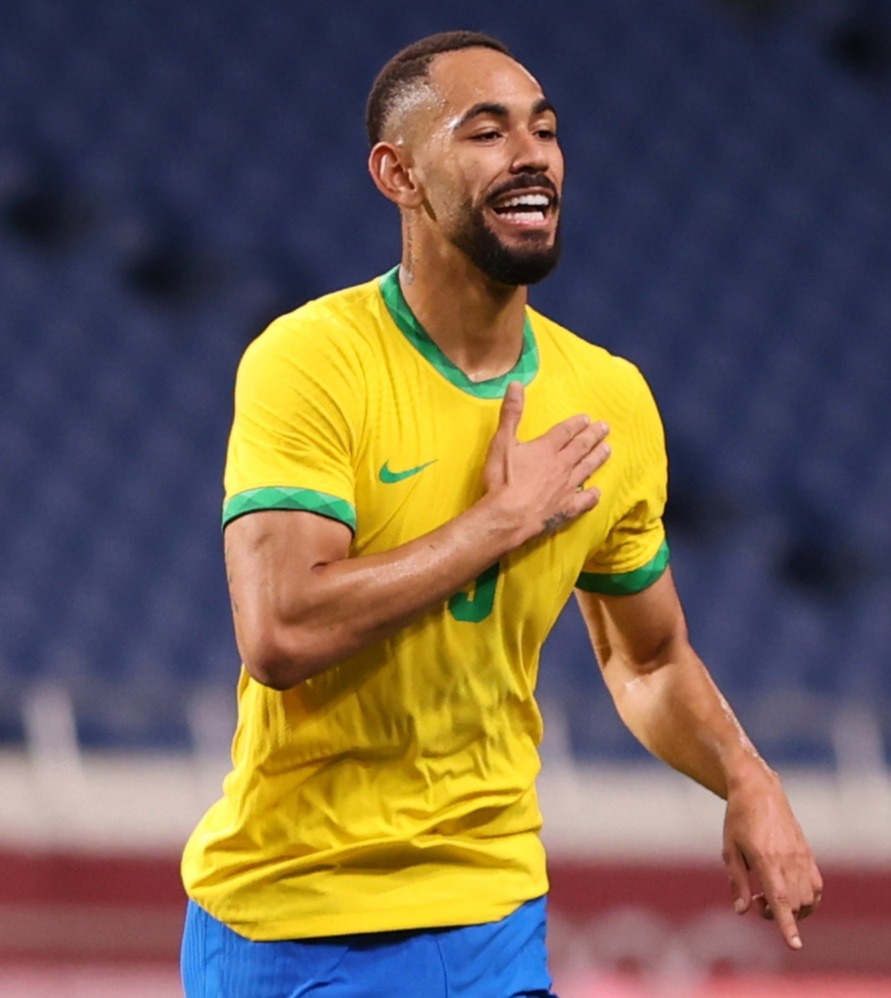 But Adriano was dogged by psychological problems, the centre forward in the 2010 World Cup ended up being Luis Fabiano – good, but not great.

Then things got worse. As so often, Brazil were deceived by the Confederations Cup, and went into their home World Cup in 2014 with Fred leading their attack.

It was not a success – so much so that, bizarrely in a game lost by the margin of 7-1, the crowd picked on Fred as the villain and jeered him in that fateful semi-final against Germany.

There was no clear choice for the role for the next couple of years, until, in the last eighteen months of Russia 2018, the youthful Gabriel Jesus appeared to have supplied the solution.

Come the competition, his limitations as a penalty area operator became clear – he is one of the very few Brazilian centre forwards who have gone through a World Cup without scoring a single goal.

Since then he has operated as a wide striker. The man most used through the middle has been Roberto Firmino.

But this, too, has not been a conspicuous success. He is much more of a false nine than a traditional target man, and Brazil are set up in a very different way from Liverpool.

The recent Copa America, when Brazil lost in the final after scoring just twice in three knock out games, highlighted that all is not right with the attack.

Matheus Cunha, is rangy and quick, two footed and versatile and he is very proficient at playing with his back to goal – which it is exactly what Neymar needs

The answer may be emerging from the Olympic tournament. Richarlison has got most of the goals.

But his attacking partner is also doing himself proud. Matheus Cunha of Hertha Berlin is looking very interesting.

He was top scorer in the qualification campaign at the start of last year, and though his finishing in the Tokyo Games has at times left something to be desired, he did score the only goal of the quarter final against Egypt.

More impressive, though, is his all round game. He is rangy and quick, two footed and versatile and – most interesting from the point of view of the senior side – he is very proficient at playing with his back to goal.

This is vital because it is exactly what Neymar needs.

At senior level Brazil’s attack is built around the Paris Saint Germain star. But the opposition have been finding it two easy to close down his space.

What Neymar has been lacking is a good back to goal striker to force the opposing defensive line backwards and open up space in front.

This is Matheus Cunha’s game. It is one he might not be able to show in Tuesday’s Olympic semi final against Mexico.

Towards the end of the Egypt game on Saturday, Cunha pulled up with a muscular problem.

He was forced off, and Brazil have been working on him intensively in a bid to get him fit to face the Mexicans.

This race against time is important in the context of the Olympic campaign. But it has little relevance in the long run.

The important question is whether he can carry his qualities into the senior side and help them win the World Cup – the one that really matters.