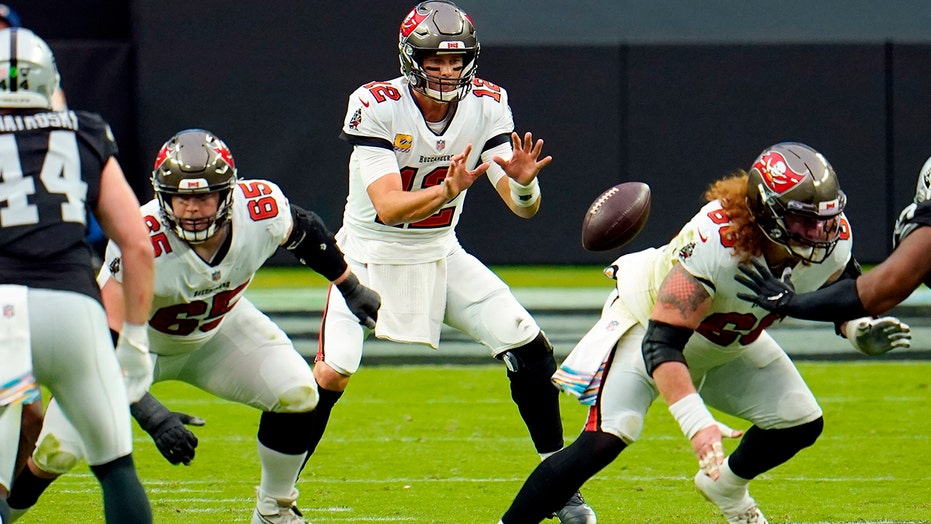 Former NFL players on who will win Super Bowl LV

Jensen sported a blue blazer, and underneath it, he had on a white T-shirt with a legendary photo of Buccaneers quarterback Tom Brady from the NFL Scouting Combine back in 2000.

That’s when Brady was far from becoming the greatest quarterback of all-time. His athleticism was on full display as he ran a putrid 5.28 40-yard dash. Brady also had a 24.5-inch vertical leap and a broad jump of 8 feet, 1/4 inch.

Since the 2006 NFL Combine, there are only 65 players who have had a combination of a slower 40-yard dash and a shorter vertical and broad jump than Brady.

Out of all of those players, 56 of them were offensive linemen — with an average weight of 321 pounds — and nine were defensive linemen, who also weighed approximately 321 pounds.

Twenty-one years later, Brady will be playing in his 10th Super Bowl.

Brady and the Buccaneers will square off against Patrick Mahomes and the Kansas City Chiefs at Raymond James Stadium in Tampa, Fl.