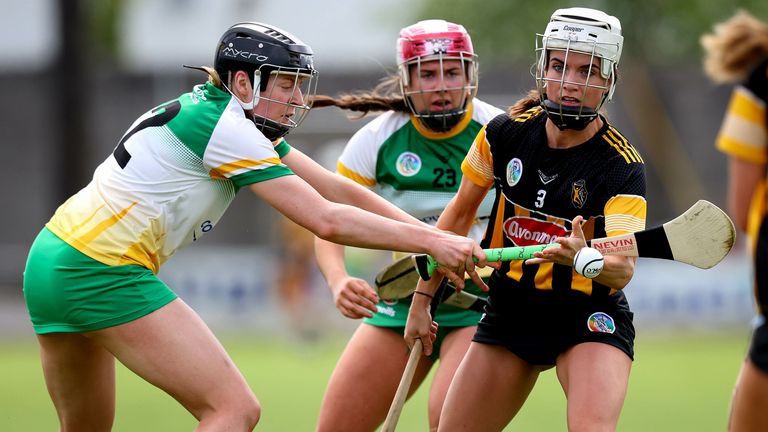 Cork confirmed their place in the final Littlewoods Camogie League Division 1 sextet in the following their 3-15 to 1-13 triumph over 14-woman Waterford at Walsh Park.

The table-toppers will be joined from Group 2 by Tipperary, who had done enough by defeating the Déise in the previous round.

The other two ties served only to determine the finishing positions in the other groups, with the four teams in question already qualified.

All-Ireland champions Kilkenny trounced Offaly by 4-24 to 0-8 at St Brendan’s Park to secure number one seeding from Group 3 while league titleholders Galway were impressive too in dispensing with Limerick by 3-13 to 0-7 in Kilmallock to claim top spot in Group 1.

Kilkenny stepped forward considerably from their workmanlike display against Dublin to dispense with an Offaly outfit that had also beaten the Metropolitans, with ease. Denise Gaule shot 1-7 and Mary O’Connell five points but there were outstanding operators throughout the field, not least Davina Tobin in an obdurate defence.

By the time Kate Kenny landed a fantastic wind-assisted point from distance towards the end of the 10th minute to get Offaly off the mark, the visitors already had a goal and four points on the board.

O’Connell flew out of the traps with the first three points from play and after Gaule converted a placed ball, Miriam Walsh poached an eighth-minute goal to put the All-Ireland champions in the box seat.

The full-forward was in very quickly as Michaela Kenneally’s shot at point dropped short, flicking the sliotar away from goalkeeper Mairéad Jennings before lifting sharply and creating sufficient space under pressure to rifle to the net from close range.

Susan Earner’s outfit settled and were more competitive for a period. Dual star Gráinne Egan slotted two frees but Gaule added four points to make it 1-9 to 0-4 at half-time.

Their hopes were extinguished very early in the second half however, by virtue of a goal three minutes after the restart from Aoife Doyle, after tremendous work by Gaule, O’Connell and Grace Walsh who supplied the final pass.

Katie Nolan registered the third goal midway through the second half, when first-timing to the net after Jennings had saved Gaule’s drive, and Gaule provided the coup de grace in injury time. 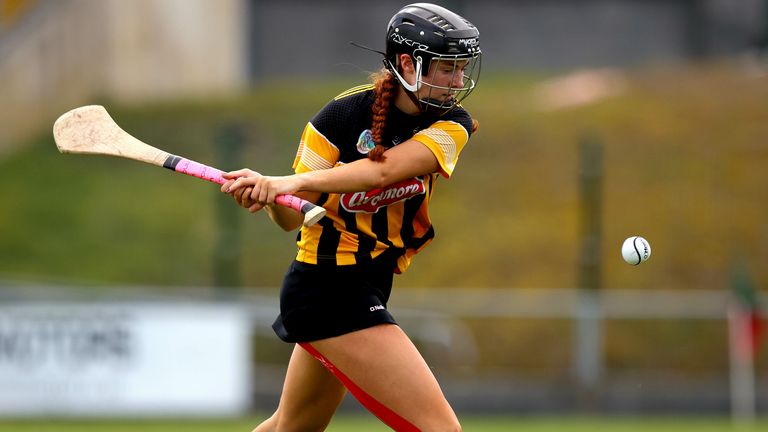 An explosive start by clinical Cork laid the foundation for Cork’s 3-15 to 1-13 success over Waterford at Walsh Park, and two goals within a minute after the early second-half dismissal of full-back Kate Lynch left the Déise outfit dead and buried, their scoring of the game’s last goal and five points notwithstanding.

Orla Cronin shot seven points while Chloe Sigerson relished a more advanced role and contributed 1-3 and Amy O’Connor repeated her two-goal show of the previous round. The one concern for Paudie Murray will be the head injury that forced the early departure of Laura Treacy but she was able to take her place with the rest of the subs later in proceedings.

A fantastic point from Laura Hayes was among the first-half highlights, the half-back taking a pass from Ashling Thompson, who was among the scorers herself in a commanding midfield performance alongside Katrina Mackey.

O’Connor pounced on an error under pressure by Brianna O’Regan to nab her first major but a couple of points from difficult frees by Beth Carton calmed the hosts and with Vikki Falconer an eye-catcher with a pair of scores from play, they only trailed by 1-13 to 0-7 at the change of ends, having been ten points in arrears at one juncture.

Disaster struck for Derek Lyons and his side soon after the restart however, when Kate Lynch gave referee John Dermody no option but to issue a red card for a wild pull on O’Connor.

A stunning solo goal by Sigerson in the 43rd minute was followed by O’Connor’s second just over 60 seconds later, after Thompson had found the Killeagh woman, who in turn put it on a plate for her ever-threatening teammate and that was curtains.

There was a consolation goal for Waterford when captain Niamh Rockett lived up to her name with a stunning finish to the roof of the Cork net after taking delivery of a quick free from Carton, following some admirable work by Falconer. 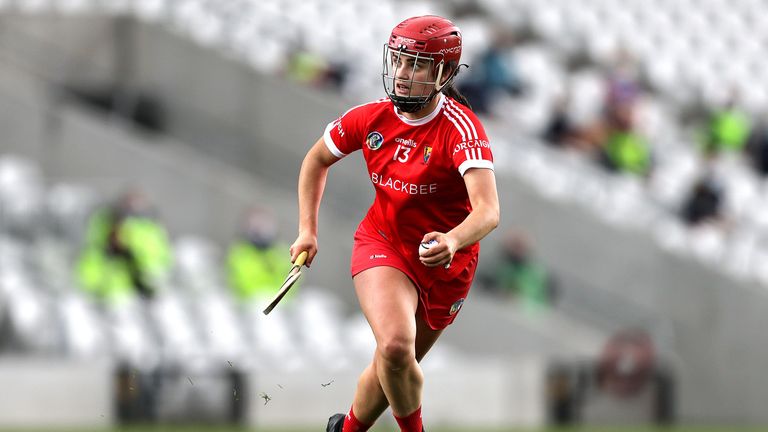 In the day’s evening throw-in at Kilmallock, Galway came out on top of an open and fast-paced affair.

Pat Ryan will have taken plenty of positives from the first half, with Caoimhe Costelloe and dual operator Áine Cunningham threatening, but Galway were stunning at times and two sumptuous goals had them 2-4 to 0-6 in front at half-time.

The teams were level on 0-2 apiece when Carrie Dolan launched a long free in the eighth minute towards Orlaith McGrath, who gathered, left two defenders in her wake and drew one more before hand-passing to Ailish O’Reilly. Enjoy the return to her natural habitat at full-forward, O’Reilly made no mistake, having blasted a shot off the crossbar a little earlier.

Siobhán McGrath was at the end of a brilliant move for the second goal in the 21st minute, which started with a block by Niamh Kilkenny and also involved Orlaith McGrath and O’Reilly.

It was Kilkenny who weighed in for what will be in the running for goal of the year towards the end of the third quarter, the former player of the year taking a pass from Annmarie Starr in her own half and going on a trademark run that took her deep into opposition territory.

She exchanged passes with O’Reilly, flicked the sliotar over the head of a Limerick defender and finished off the sod for a sensational goal and there was no way back for the home side from that.