Saul ‘Canelo’ Alvarez has launched a $280m legal case against long-time promoter Oscar De La Hoya and streaming service DAZN after claiming they have breached the most lucrative guaranteed contract in sport.

The four-time world champion has accused De La Hoya’s Golden Boy Promotions of failing to act in his best interests after agreeing a $35m-per-fight deal two years ago, which contractually tied down the Mexican to De La Hoya’s stable as well as newly-formed American broadcaster DAZN.

But having fought just three of his 11-fight five-year deal, Canelo has claimed that DAZN has reneged on its agreement to offer him a financial deal for a planned bout this month. The 30-year-old has not been seen in the ring since his victory over Sergey Kovalev last November, and although the impact of the coronavirus pandemic is referenced as a contributing factor within his civil suit, Canelo believes DAZN have breached their agreement in failing to agree a fight this September.

A 24-page complaint filed to a US district court for the central district of California on Tuesday read: “Despite repeated promises that an alternative offer was imminent, DAZN failed to make a proposal to either Golden Boy Promotions or Alvarez for several months. When Golden Boy Promotions and Alvarez proposed opponents, DAZN refused to confirm that it was prepared to broadcast Alvarez’ September 2020 bout or that it would pay the contracted $40m license fee.”

The complaint added: “Given that DAZN had made it clear that it would not honour its contract, throughout the spring and summer of 2020, Alvarez repeatedly asked Golden Boy Promotions to explore alternative broadcast options for a fall 2020 bout.

“Although Golden Boy Promotions reported that it was talking to various broadcasters, it failed to put forth a single alternative plan by which it would pay Alvarez the $35m it had promised him for each of his fights.

“Alvarez has fought the first three of his 11 fights under the Alvarez and DAZN Contracts. He is owed remaining guaranteed payments of $280m.”

As well as DAZN, Canelo is suing his long-time promoter De La Hoya, despite the pair working together for the last 10 years that has seen the 53-1-2 boxer rise to the current pound-for-pound No 1 in world boxing. 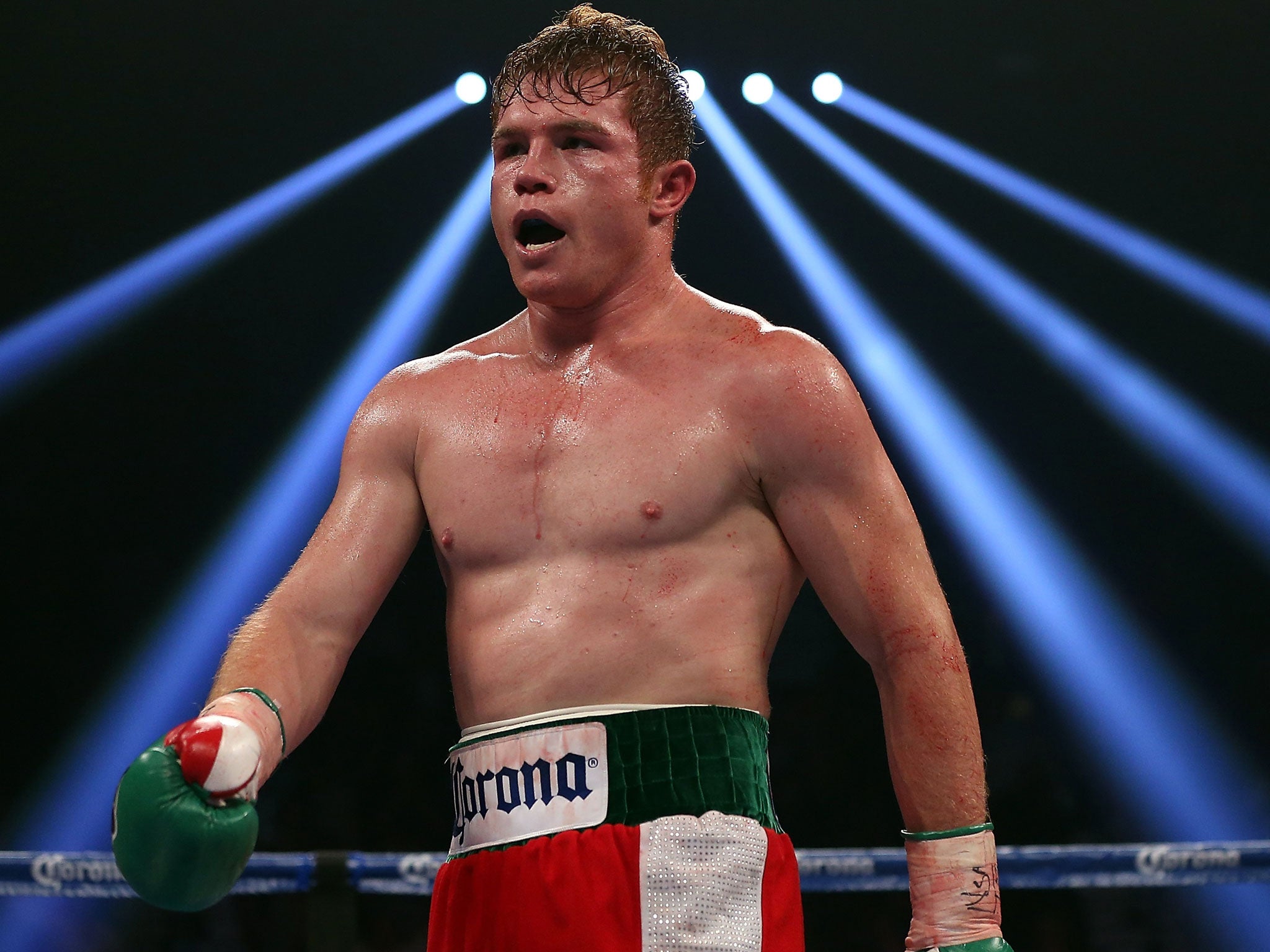 Canelo claims that Golden Boy Promotions “failed to consistently act in good faith in the best interests of Alvarez and failed to act as a reasonably careful promoter would have acted”, which Canelo believes caused him to suffer “harm and damages, including, but not limited to, the denied guaranteed payments, lost gate revenue, and opportunities for ancillary revenue associated with bouts, such as sponsorships and apparel revenue”.

“I’m the pound-for-pound No 1 in the world. I’m not scared of any opponent in the ring, and I’m not going to let failures of my broadcaster or promoters keep me out of the ring,” Alvarez added in a statement. “I filed the lawsuit so I can get back to boxing and give my fans the show they deserve.”

A spokesman for Golden Boy Promotions issued a statement in response to the civil suit being filed to say that they are doing “everything it can” to secure more fights following the coronavirus pandemic and that they see the issue as one between Canelo and DAZN.

“Canelo’s beef is with DAZN,” a spokesperson said. “They’re the ones refusing to honor the contract by not approving the outstanding opponents we have presented to them and by refusing to pay the contractually required amount.

“Even though our contract specifically gives Golden Boy the right to wait until the pandemic is over and fans can return; in the best interest of boxing, Golden Boy is doing everything it can to make great fights happen. We remain ready, willing and able to make a fight for Canelo as soon as possible.”