JOEL TOMKINS has been given the bum’s rush by being whacked with an eight-game ban for supposedly trying to put his finger up an opponent’s backside.

And Catalans team-mate Michael McIlorum is also feeling dirty after being suspended for six matches – a punishment slammed by owner Bernard Guasch. 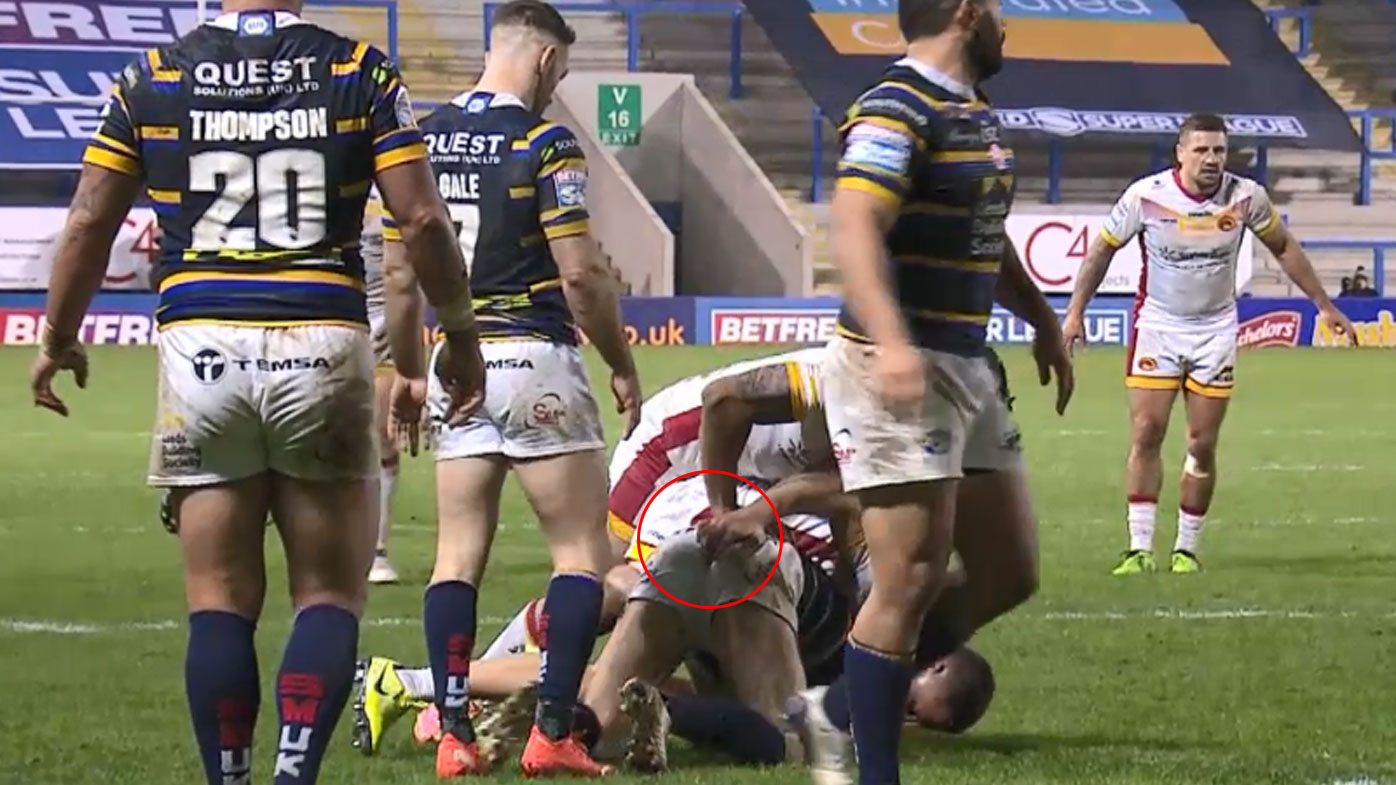 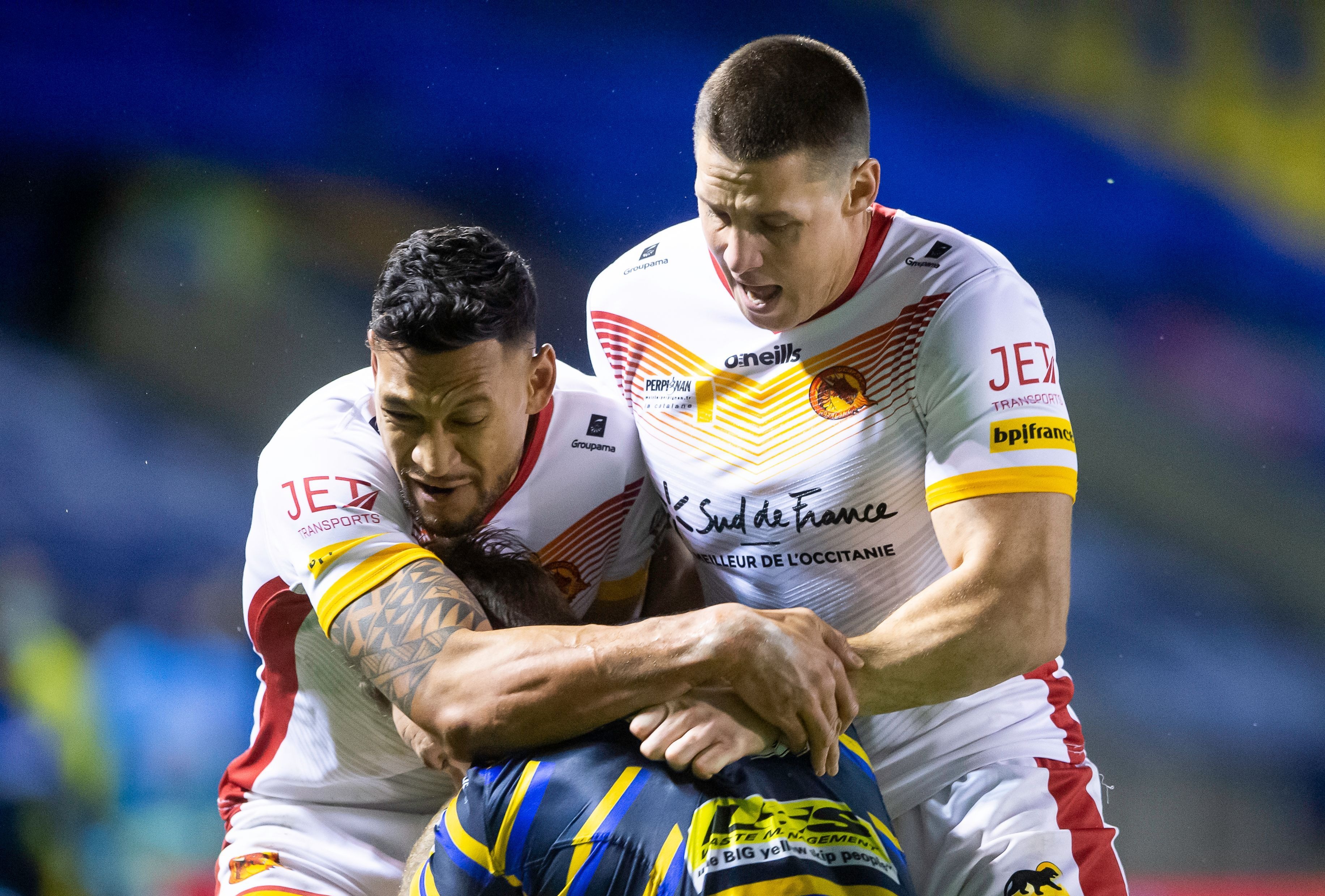 Now both will miss Friday’s Super League semi-final with St Helens, the Grand Final if they make it and the opening weeks of the 2021 campaign.

Tomkins was hit with a Grade F charge, rugby league’s most severe, for the incident involving Leeds’ Richie Myler in the 55th minute of Friday’s play-off win.

The Rhinos’ full-back did not make an accusation when asked by on-field official Chris Kendall – but TV footage revealed what caused it.

And a disciplinary panel, which sat for a mammoth seven-hour session, certainly did not take it lightly as they dished out the punishment.

Tomkins’ incident has been compared to one that saw John Hopoate banned for 12 NRL matches in 2001.

McIlorum was earlier whacked with a shot as hard as the one he dealt Brad Dwyer as he received a six-game ban.

The Dragons hooker received two matches for a high tackle on Rhinos star Dwyer that left him battered and bloodied but was surprisingly not penalised by Kendall.

He originally only received one game but after challenging the grading, a disciplinary panel upped it to two.

The 32-year-old was then given another four, which will take in one friendly and the first three games of the 2021 campaign, for his reaction in picking Dwyer up as if he was making the most of the incident.

McIlorum was hit with a Grade F charge of ‘other contrary behaviour’.

However, a Rugby Football League spokesman insisted after the tribunal: “McIlorum pleaded guilty to the charge but challenged its grading of F.

“In that case, the tribunal agreed to reduce the grading to D and imposed a four-match suspension.”

But Guasch did not hold back, cursing: “If for such an action we give six matches of suspension, I am disillusioned and stunned

“I’m wondering about going to St Helens on Friday.”

At the time, Catalans boss Steve McNamara insisted there was ‘nothing’ in either incident but the Rugby Football League’s match review panel decided otherwise.

And while not commenting before the hearings, he insisted they were a ‘slight distraction’ and he had been working on two plans, one with and one without both players.

He added: “We were really clear.

“This was a slight distraction in terms of what we had to do last night, but apart from that that’s all it was.”

Despite that, it is understood the Dragons fought over everything, even McIlorum’s lesser punishment with that hearing taking about three hours before Tomkins’ went on until about 11:55pm, when it was Wednesday in France.

The panel, chaired by Judge Chris Batty with side members Russ Bridge and Jon Hamer, also fined the pair £500 each.