CELTIC and Rangers stars made a powerful anti-racism message stand by REFUSING to take a knee before today's Old Firm match. 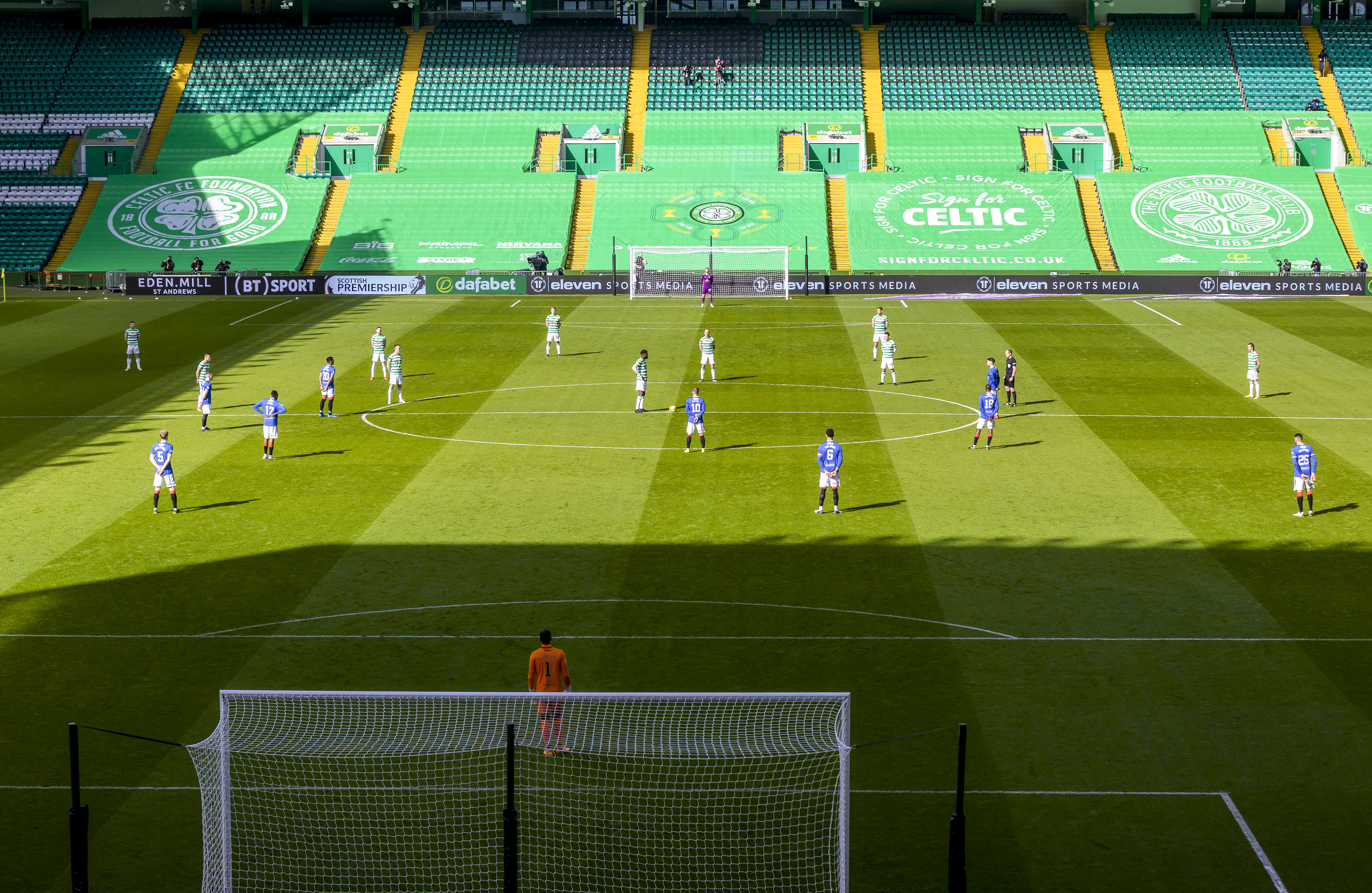 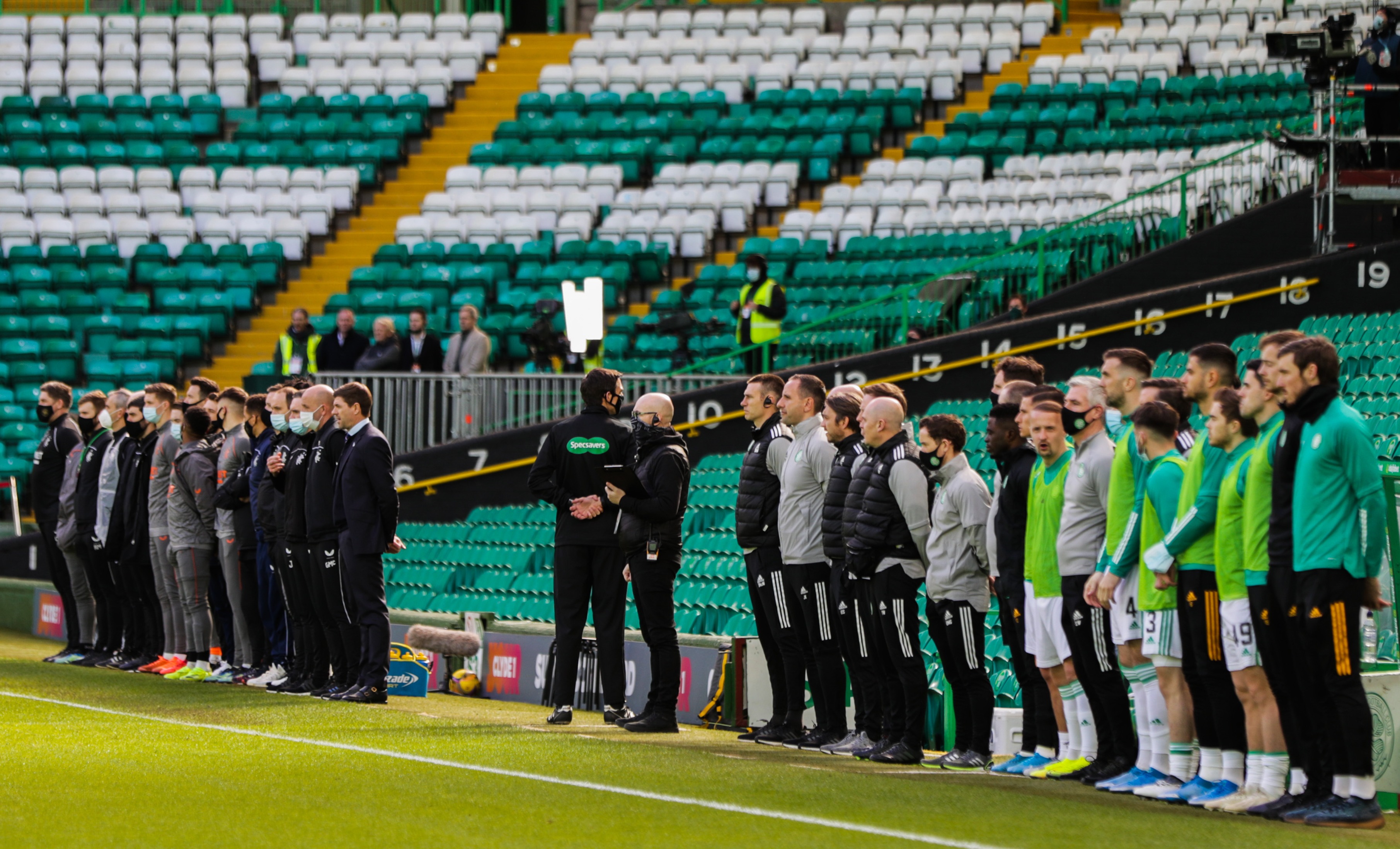 And the Glasgow rivals lined up in solidarity before refusing to take a knee before kick-off.

Rangers feared how Uefa would deal with complaints of racism from Slavia Prague defender Ondrej Kudela towards midfielder Glen Kamara.

Kamara released a statement to say he was called 'a f***ing monkey' by Slavia Prague's Ondrej Kudela during Thursday night's Europa League tie at Ibrox, a version of events which was backed up by his team-mate Bongani Zungu.

Kudela denied the allegations – claiming he said "you f***ing guy" when he was spotted covering his mouth and whispering something in Kamara's ear.

He also claimed he was punched by Kamara in the tunnel after the game.

But the Ibrox side are demanding action from UEFA and there were debates amongst the squad as to whether the pre-match gesture sends out a strong-enough message.

Sick images posted by Slavia Prague ultras on Friday evening showed them holding a banner which contained a racial slur towards Kamara.

Kemar Roofe also shared messages which showed he was the victim of racist abuse on Instagram. 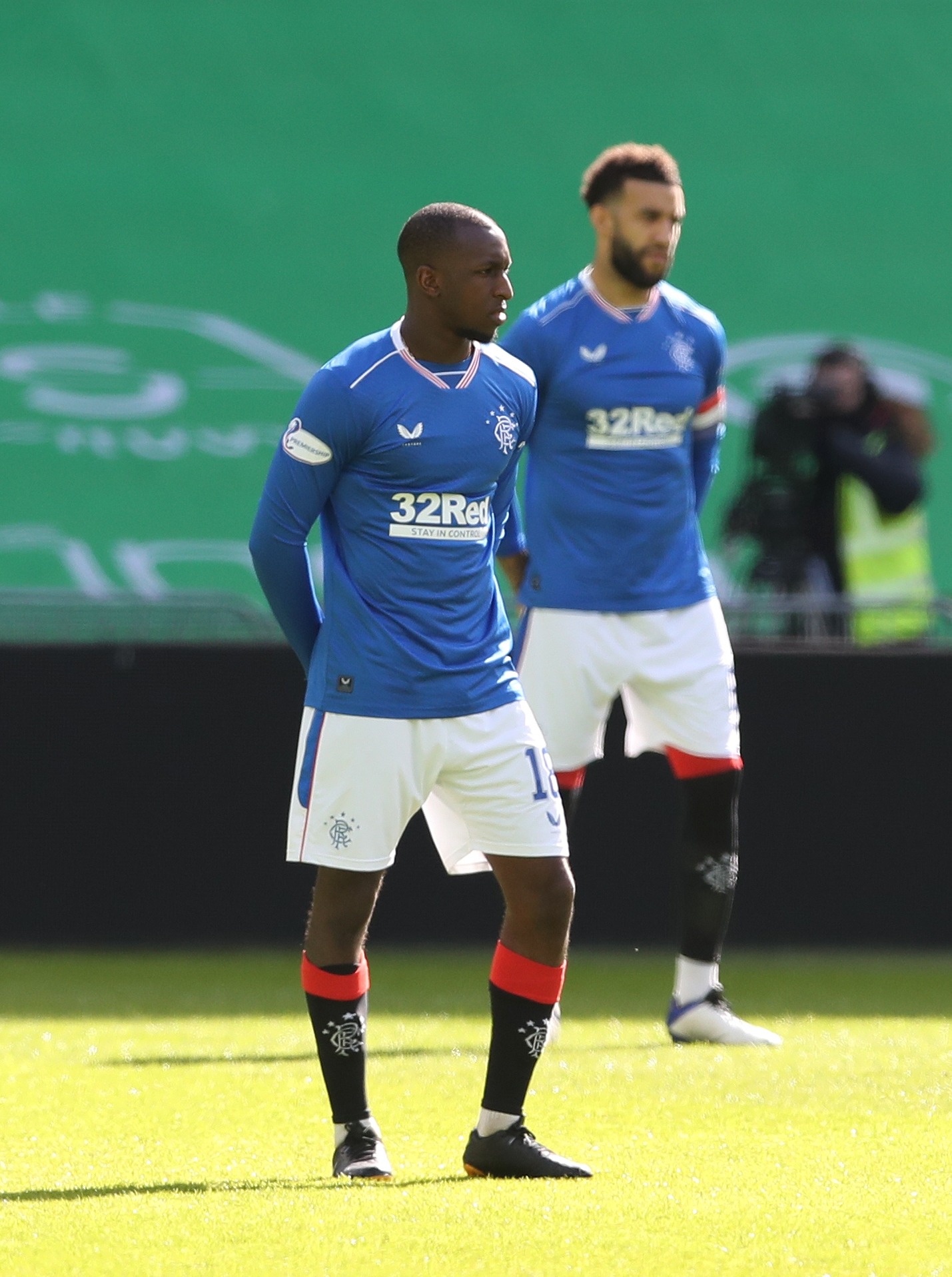 Ahead of their respective games against Aberdeen and Kilmarnock, both the Tangerines and Steelmen stood rather than took a knee.

And now both halves of the Old Firm have done likewise, with respective managers Steven Gerrard and John Kennedy revealing why they were taking the action.

“I spoke to both of my captains yesterday and they’ve made the collective decision that they are going to stand and stand together side by side.

“We will support that and follow suit as a staff as well.”

On the decision he added: “I wasn’t aware of the chat that the players have had amongst themselves but James [Tavernier] and Connor [Goldson] came to see me yesterday.

“I totally understand the decision they have made and totally back it 100 per cent.

“And we will do the same as staff to show them the support.”

And his opposite number John Kennedy told the broadcaster: "We'll be the same. It is important everyone comes together.

"This is bigger than football, but football has a chance to send out a strong message. So we will do the same as them."

After kick-off yesterday Dundee United tweeted: "We stand today with Glen Kamara, and others who suffer at the hands of racism.

"Today's decision to stand rather than take the knee is a show of solidarity by our players to enhance the message that racism in any form is unacceptable and has no place anywhere in society."

Motherwell also tweeted: "Enough is enough. Our players will no longer take the knee."