CHAMPION jockey Oisin Murphy has been rushed to hospital with a facial injury after a horror pre-race fall at Salisbury.

Murphy was in the paddock on his mount Oasis Gift when the horse got loose and took off. 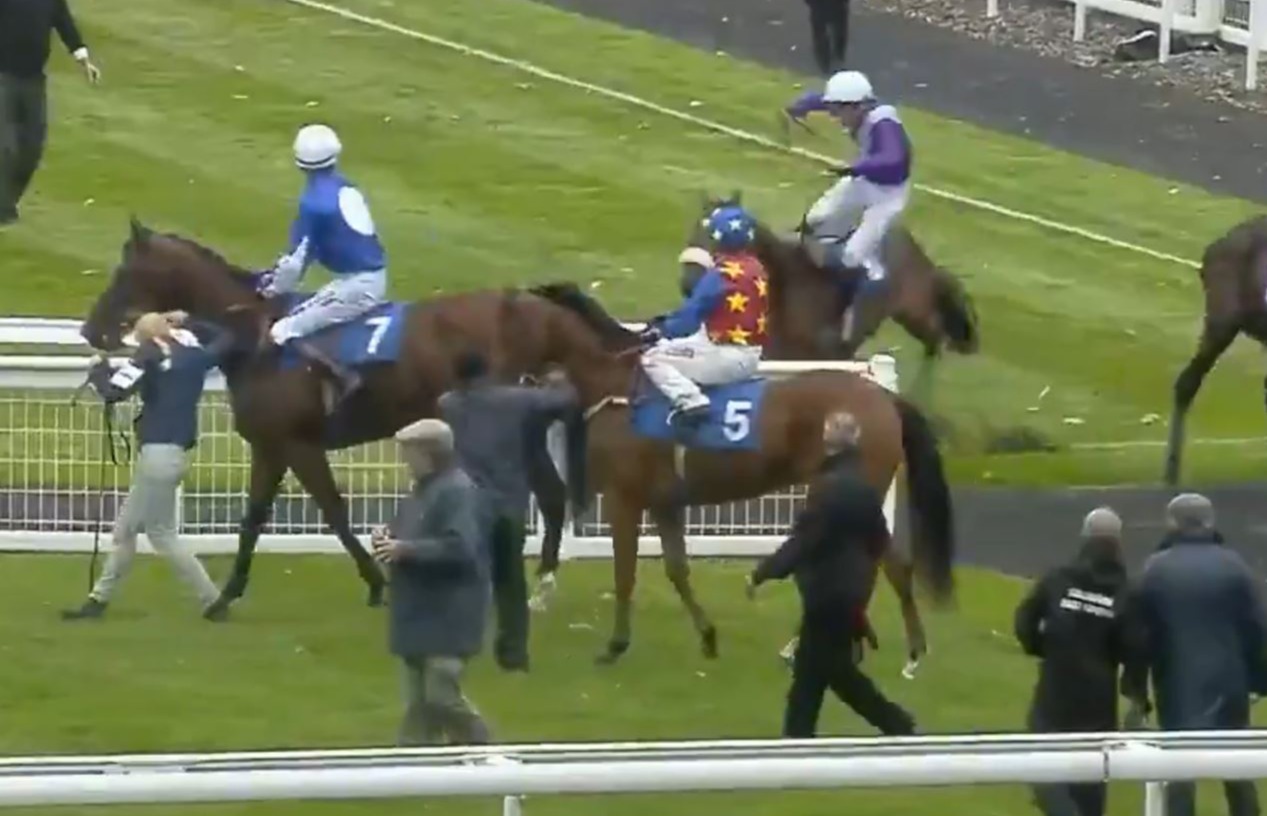 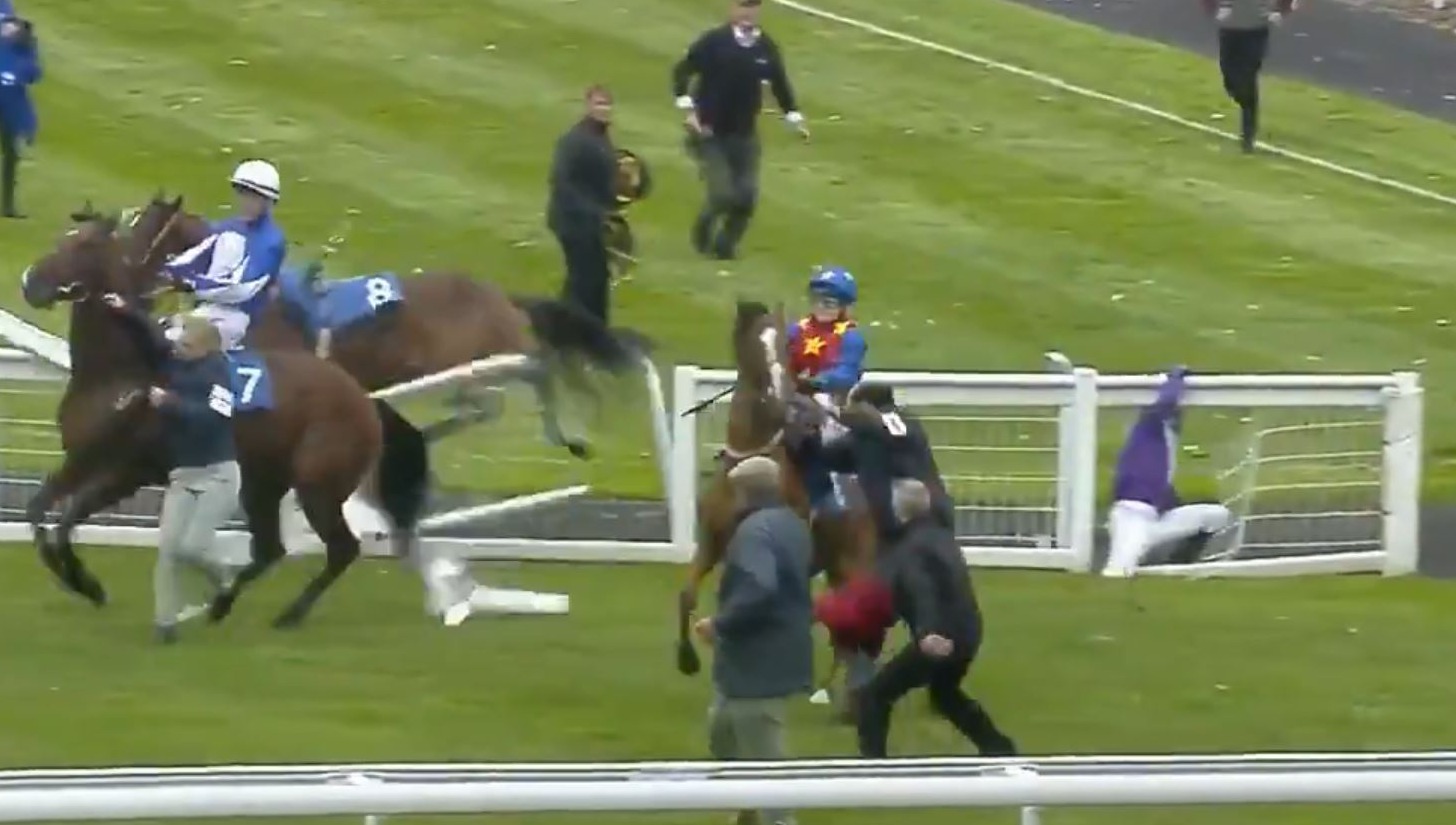 Totally out of control, Murphy was helpless as the horse bolted away and sent him flying through a plastic rail.

The dramatic footage was shown on Racing TV, with emergency personnel rushing to Murphy's side.

Racing TV host Lydia Hislop, who was trackside, said: "Oisin Murphy got to his feet and walked slowly into the emergency ambulance.

"He was within seconds attended to by medics at the racecourse, who were with him as he sat down.

"He was perhaps in shock for quite some time.

"He is now in the ambulance and the horse he was due to ride, Oasis Gift, has been withdrawn.

"It was a horrible incident and really frightening for everyone involved.

"I've seen some frightening incidents in the paddock but that was one of the most frightening."

Sky Sports Racing host John Hunt tweeted: "Difficult to be sure of his condition but Oisin Murphy has walked to the ambulance which is now presumably heading to hospital.

"He was thrown into rigid railing around parade ring at Salisbury and initially treated for facial injury.

"Conscious and mobile though."

Connections and Murphy will be hoping any injuries are superficial and won't stop him from riding in Paris.

It was later confirmed that he had been taken to hospital.

Oasis Gift, who was making his racecourse debut and is trained by Andrew Balding, was caught and unhurt.

Balding later told Racing TV Murphy was conscious when he was talking to him, but that he will need stitches for his busted lip.