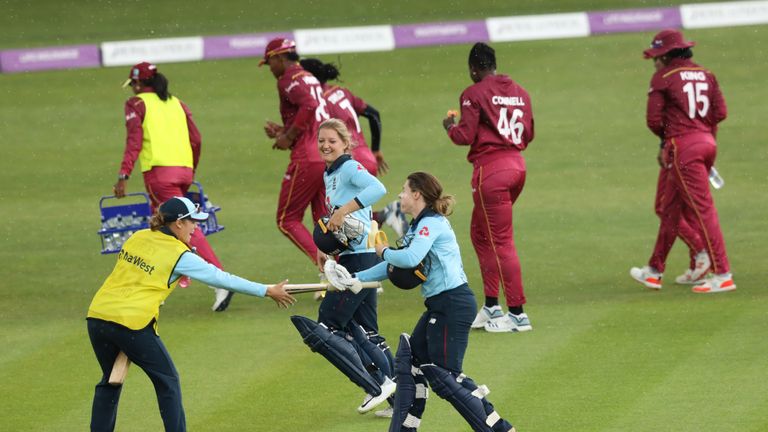 Charlotte Edwards believes wicketkeeper-batter Sarah Taylor should drop down from No 3 to No 5 in one-day internationals following a poor run of form with the bat.

Taylor has three single-figure scores and a high-score of 10 in the first four ODIs she played in this calendar year, falling for four in England’s victory over the West Indies in the first home match of the summer at Grace Road.

Edwards, who captained Taylor in the international side for more than 10 years, feels current skipper Heather Knight is the team’s best batter and should move up to No 3.

“I would be inclined to drop Taylor down to No 5 and put Heather Knight – who I think is England’s best player – at No 3 and Nat Sciver at No 4,” Edwards told Sky Sports Cricket.

“Taylor at No 5, away from the new ball, is what I think will happen come the end of the summer. Sarah is not the best player in the team anymore – one of the best but not the best. That, I think, is Knight.

“There are a number of young batters that are performing really, really well – and Taylor has scored 21 runs in five ODIs this year. “She needs a score, even a 30 or 40, to settle her down but I think her career stats stand up and Australia do rate her. We are a better team with her in the team.

“She has struggled with her form and I think this summer is going to be big for her. For the first time in a long time, her form hasn’t been great and she will be under a lot of pressure with the young batters coming through.

“I hope England stick with her and give her the chance to show what she can do.”

In a wide ranging discussion, Edwards also spoke to Rob Key and Nick Knight about;