The 20-year-old midfielder, on loan at Norwich, has amassed one million followers and is being tipped to cash in. 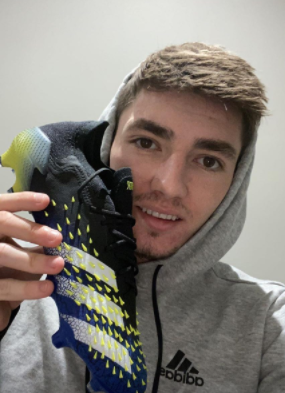 Blues prodigy Gilmour is now set to be signed up by top firms as an influencer on social media.

Tom Stride, a sports image rights expert, said: “His income will depend on how often he posts and the brands that want to work with him.

“But say once per week and we’re looking at half a million pounds per year and his profile will likely grow over time.

“Recent research states that for every 40-50,000 followers, influencers are expecting around £500 per post.

“Multiply this out for athletes with rapidly growing fanbases like Billy Gilmour, and you can see why social media is extremely attractive.”

The ex-Rangers kid is already a star for Scotland and was man-of-the-match in their Euros game against England.

But Gilmour's not the first Scot to reach one million followers, with Liverpool's Andy Robertson and Man Utd's Scott McTominay also popular on Instagram.

And he reckons the playmaker can emulate US Open winner Emma Raducanu, who is in line to pocket a staggering £100m over five years.

Chris added: “Her Instagram account also recently soared through the one million mark and she’s already signed on as a Tiffany brand ambassador.