BILLY GILMOUR reminded everyone what he is capable of as he continues his return to action following an injury.

The former Rangers starlet turned out for the Chelsea development squad as they faced Manchester City this afternoon. 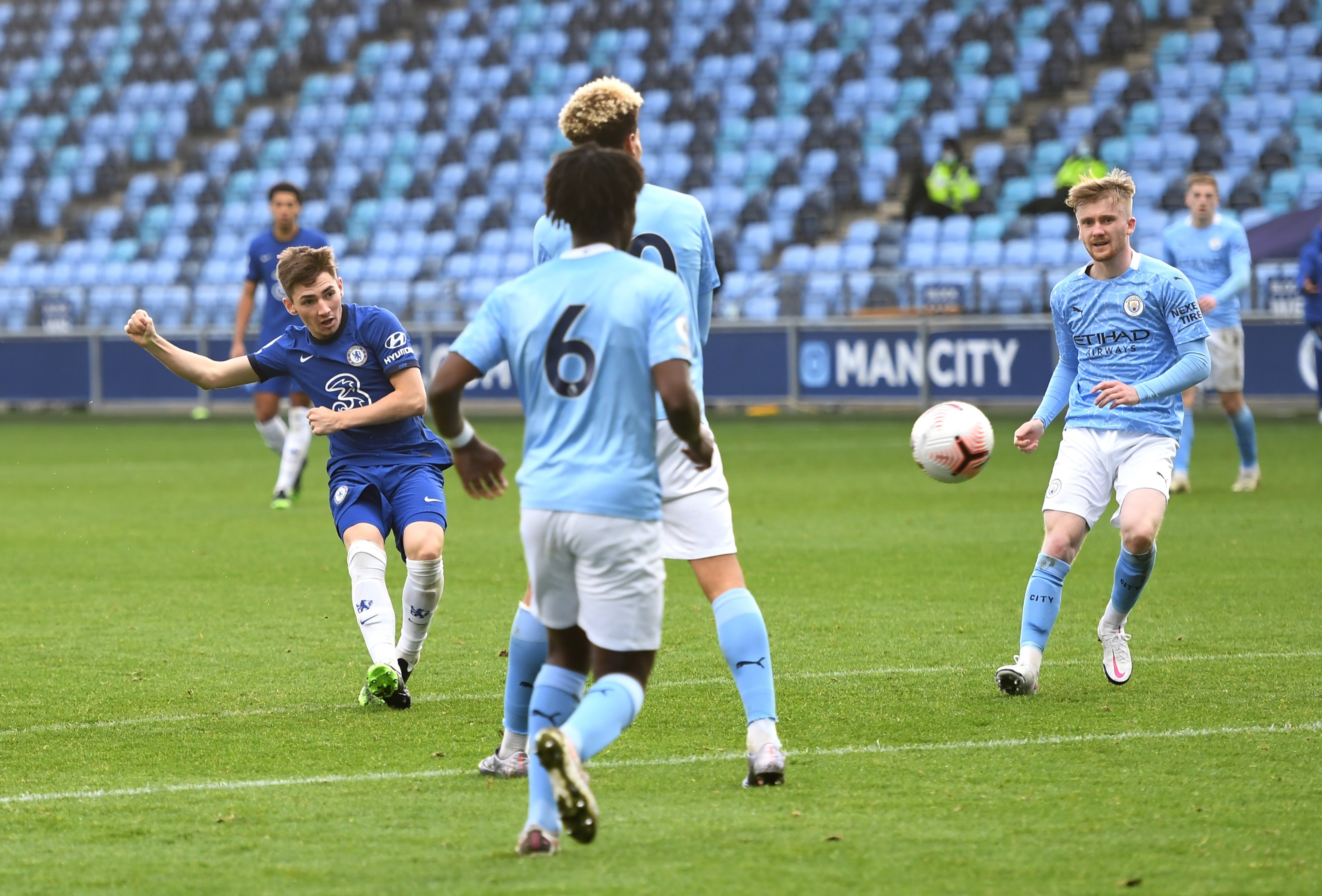 With the Stamford Bridge outfit trailing the game 2-0 at half-time, Gilmour received a pass from George Nunn on the edge of the area before curling a sublime shot by the City keeper.

The youngsters completed the comeback to earn a 2-2 draw.

Given Chelsea’s current form, Gilmour has a job on his hands if he wants to break into the first-team again.

The youngster is one of a handful of young stars who also have realistic ambitions to make it into Steve Clarke’s plans for next season’s Euro championships.

And Blues boss Lampard admitted earlier in the week that he was excited to have the young Scot back fit again.

“He played on Wednesday night in the EFL Trophy, got good minutes and I’ve heard he played well so we are happy with him and he’ll play again at the weekend in the Under-23s.

“I’m really excited to have him back fit.”

Meanwhile, Rangers boss Steven Gerrard admitted his confusion as Alfredo Morelos stormed off in a HUFF after being subbed earlier today.

Morelos was replaced by Defoe this afternoon after travelling away on international duty with Colombia and with the visit of Benfica on Thursday night in mind.

Morelos took his gloves off as he left the field and trudged off to the bench to take his seat.

“His teammate is about to come on. We’ve got a big game on Thursday. I don’t know.

“You’ll have to ask Alfredo why he was a bit sad. I was really happy.”