Home » Sport » Chelsea facing hectic Christmas period with ten matches in ONE MONTH including Liverpool, West Ham and a quarter-final

Chelsea facing hectic Christmas period with ten matches in ONE MONTH including Liverpool, West Ham and a quarter-final

CHELSEA face a hectic Christmas period with TEN matches in just one month, including a cup quarter-final and a potentially title-defining clash with Liverpool.

The Blues are currently top of the Premier League in their quest for a first title since 2016-17. 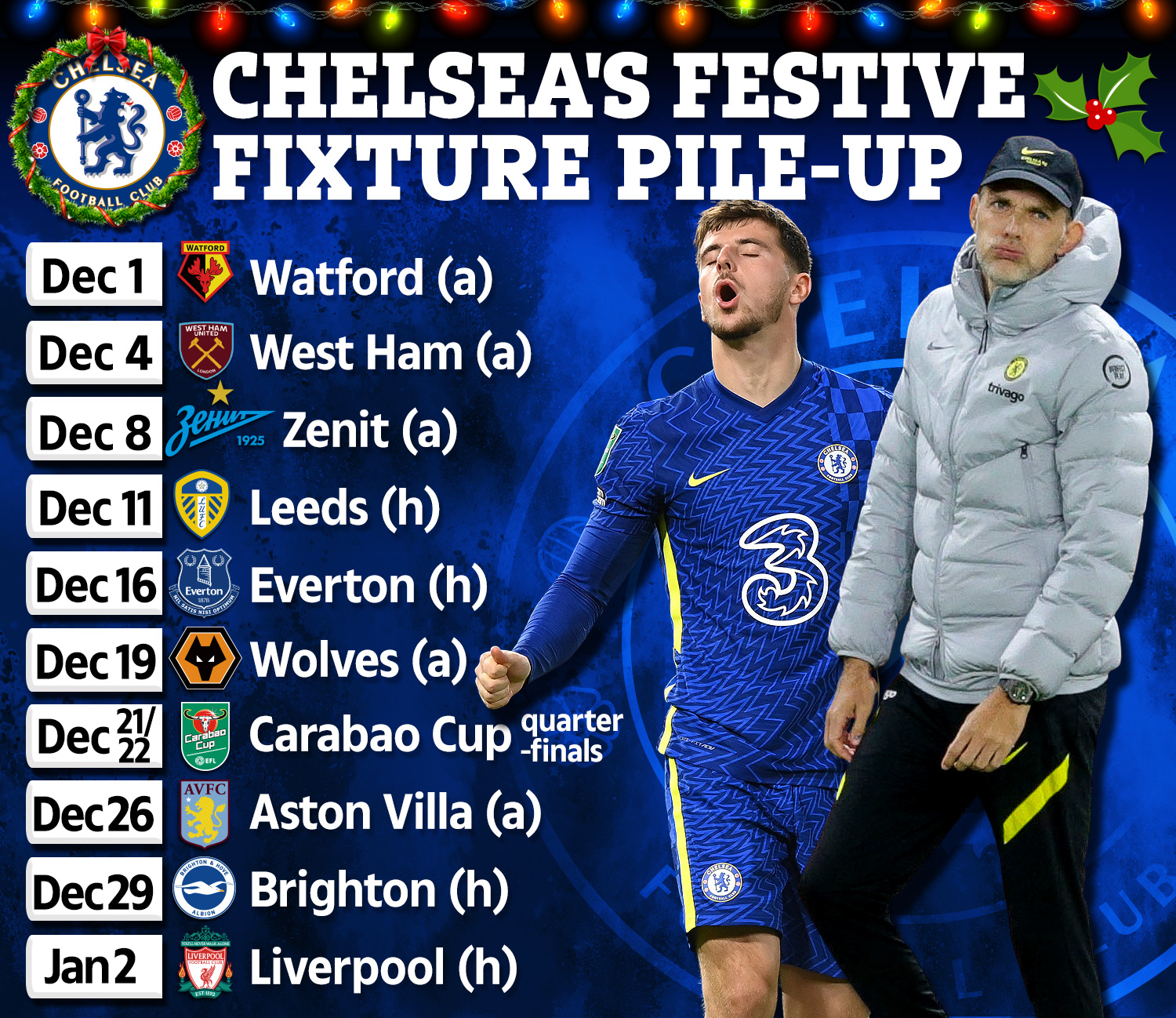 Thomas Tuchel's squad has already been ravaged by injuries, with Romelu Lukaku and Timo Werner BOTH out, leaving the German chief short on attacking options.

But things are only set to get worse, with ten games on the horizon between December 1 and January 2.

Chelsea start the month with THREE away games in a row.

On December 8, Tuchel and Co will embark on the monster, 2,600-mile return trip to Russia to take on Zenit St Petersburg in the Champions League.

Chelsea then take on Leeds at home on December 11, before hosting Everton on the 16th.

Just three days later (Dec 19), the Blues travel to Wolves in the league, with the Carabao Cup quarter-finals to be played on December 21-22.

Boxing Day sees the West Londoners travel to the Midlands to take on Aston Villa.

They then host Brighton on December 29, before a potentially pivotal clash in the race for the Premier League at home to Liverpool on January 2.

Despite the international break, the Stamford Bridge side still face SIX games in November, too – including the Prem clash with Manchester United and Champions League showdown against Juventus.

After nine Premier League games, Chelsea sit top of the table – one point above Liverpool and two clear of reigning champions Manchester City.

The Blues next face Newcastle at St James' Park, with kick-off 3pm on Saturday.