Do Russian oligarchs have the power to make Putin do something different?

Author Ben Mezrich discusses the sanctions imposed on Russia and the affect the actions will have on oligarchs, arguing it’s a ‘viable tactic’ to counter Putin’s aggression.

Roman Abramovich, the Russian oligarch who owns the Chelsea Football Club of the English Premier League, was among those who were sanctioned by the U.K. government on Thursday.

Britain imposed a travel ban and froze the assets of the billionaire soccer team owner and six other Russian oligarchs. The government said he is banned from visiting the country and prohibited from transactions with U.K. individuals and businesses. 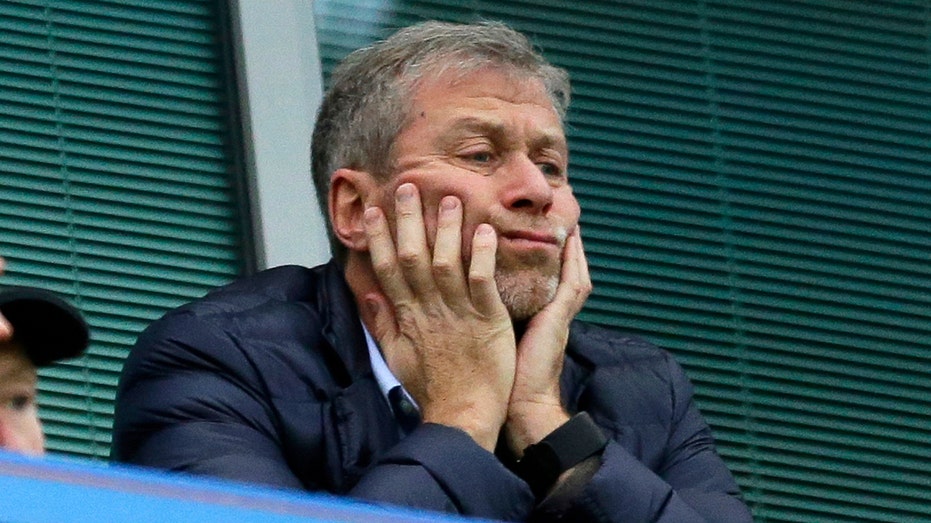 Britain said it "published a license" to allow Chelsea to continue playing in the English Premier League and perform other soccer-related activities amid the Abramovich sanctions.

"Given the significant impact that today’s sanctions would have on Chelsea football club and the potential knock on effects of this, the Government has this morning published a license which authorizes a number of football-related activities to continue at Chelsea," British officials said. "This includes permissions for the club to continue playing matches and other football related activity which will in turn protect the Premier League, the wider football pyramid, loyal fans and other clubs.

"This license will only allow certain explicitly named actions to ensure the designated individual is not able to circumvent UK sanctions. The license will be kept under constant review and we will work closely with the football authorities." 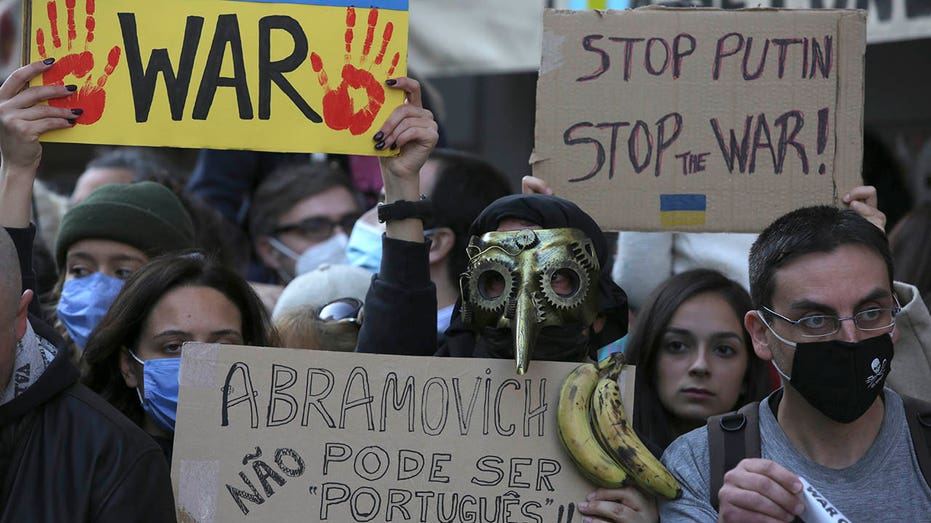 Demonstrators hold signs with messages such as “Abramovich cannot be Portuguese” during a protest against the Russian invasion and in solidarity with the Ukrainian people, outside the Russian Embassy in Lisbon, Sunday, Feb. 27, 2022. Chelsea Football (Associated Press / AP Newsroom)

Abramovich said last week he would sell Chelsea as he began to receive some scrutiny over his ties to Russian President Vladimir Putin amid the country’s invasion of Ukraine.

Abramovich released a lengthy statement giving his reasoning. While he hasn’t called on Russia to stop its invasion of Ukraine, he said the proceeds from the sale would go to benefit war victims.

"I would like to address the speculation in media over the past few days in relation to my ownership of Chelsea FC," he said in a statement. "As I have stated before, I have always taken decisions with the Club’s best interest at heart. In the current situation, I have therefore taken the decision to sell the Club, as I believe this is in the best interest of the Club, the fans, the employees, as well as the Club’s sponsors and partners.

"The sale of the Club will not be fast-tracked but will follow due process. I will not be asking for any loans to be repaid. This has never been about business nor money for me, but about pure passion for the game and Club. Moreover, I have instructed my team to set up a charitable foundation where all net proceeds from the sale will be donated. The foundation will be for the benefit of all victims of the war in Ukraine. This includes providing critical funds towards the urgent and immediate needs of victims, as well as supporting the long-term work of recovery." 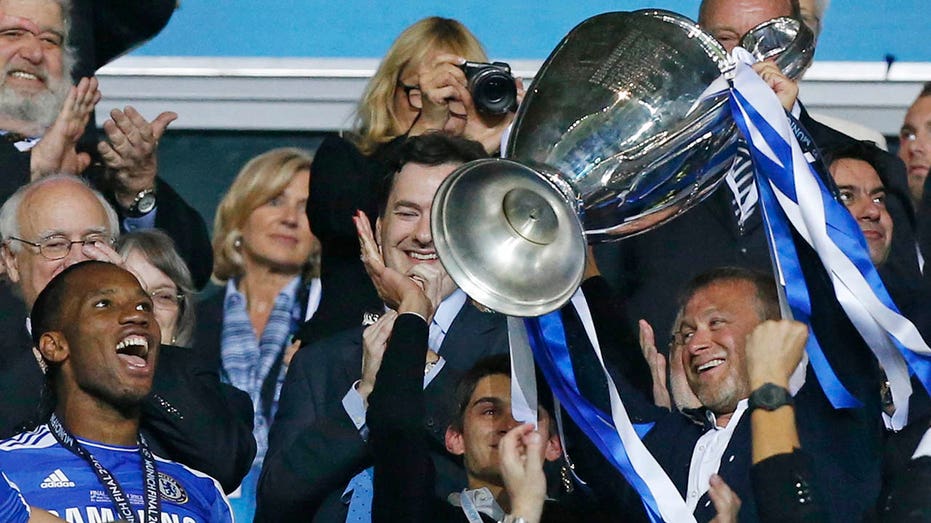 Chelsea owner Roman Abramovich holds up the trophy at the end of the Champions League final soccer match between Bayern Munich and Chelsea in Munich, Germany, May 19, 2012. Abramovich has confirmed he is trying to sell the Premier League club. (Associated Press / AP Newsroom)