TIMO WERNER left fans in stitches after looking distraught at being handed an orange wine gum during Chelsea's win over Norwich.

The Blues forward suffered an injury against Malmo in the Champions League which made him unavailable for selection at the weekend. 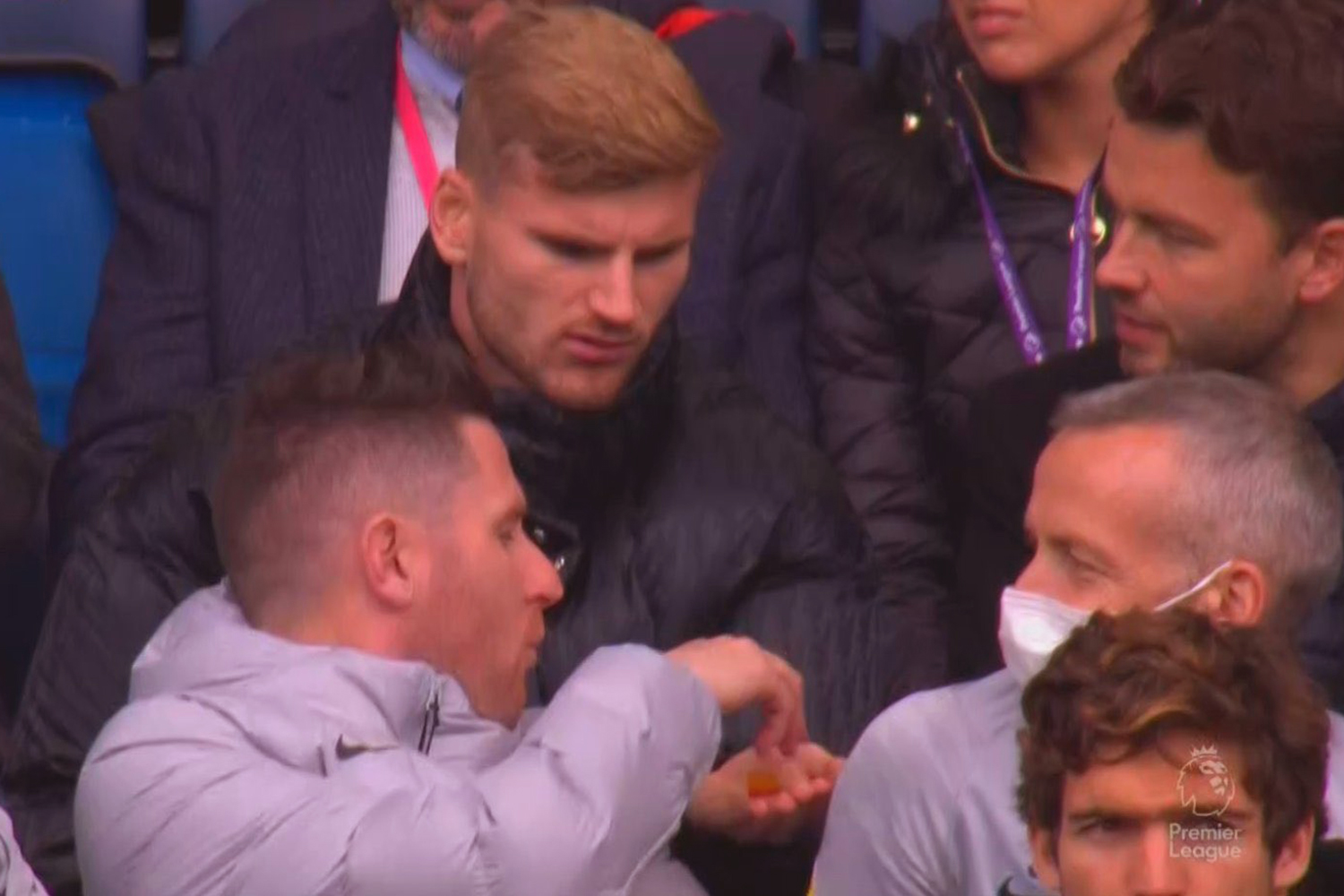 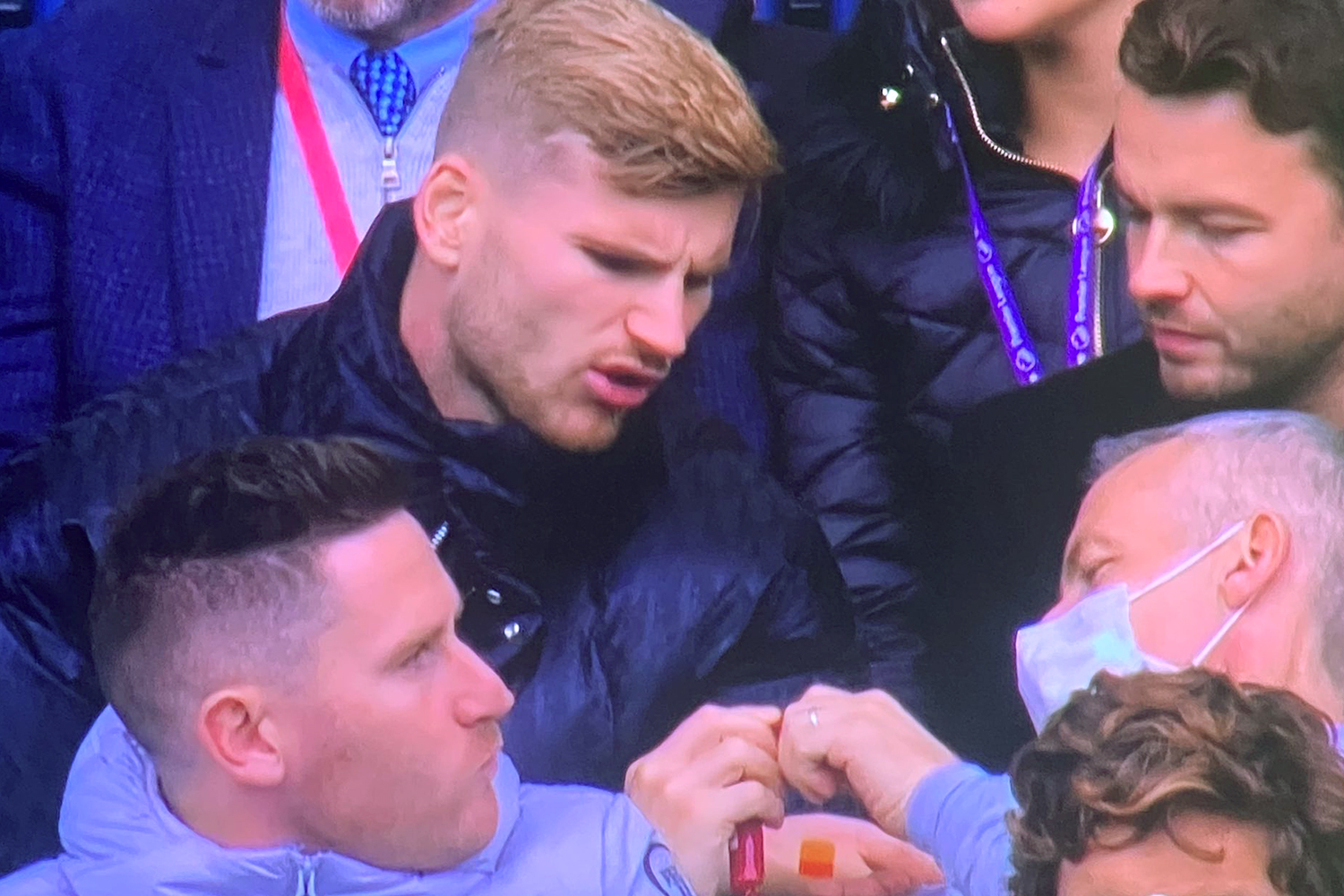 But that didn't stop the 25-year-old from grabbing the headlines for his sweet-related dismay.

The German was caught by the cameras just as he was being handed a wine gum by a member of the Chelsea backroom staff.

But he was by no means pleased with what he was given, looking on furiously as he received an orange-flavoured one.

And the moment provided a great deal of hilarious social media reaction.

The moment was even tweeted out by the club's own social media, with the caption: "𝗡𝗘𝗩𝗘𝗥 give Timo the orange one!"

One fan said: "Same face every time he misses a chance. I think it's just natural, don't take the p***."

Another added: "He did pull the right face, no one likes the orange, yellow or green ones. It's either red or purple ones. Anyone with sense knows that."

And a third said: "He's unintentionally hilarious and we as a fanbase must protect him."

Meanwhile on the pitch, Chelsea dismantled Norwich 7-0 despite missing Werner and Romelu Lukaku through injury.

The Blues have won four games in a row in all competitions and currently sit top of the Premier League table.

Mason Mount netted a hat-trick in a ruthless 90 minutes of football from the title contenders.

And Thomas Tuchel admitted after the game he felt sorry for Norwich boss Daniel Farke.

He told BT Sport: “The focus was that we keep the same intensity and we create opportunities.

"This is what we demanded. You need luck to score and you need the moment. That’s why I’m happy because the intensity was high and the rhythm was high.

“I feel very sorry because we did not stop and we didn’t want to stop. We said at half-time we wanted to keep going.

"It feels horrible for Daniel today – I hope he keeps his head up and puts his team back on track. He deserves it and he’s a good guy.”