Home » Sport » Chelsea target Jules Kounde was a sore loser as a kid, who kicked his mum and had to see a doctor about his temper

Chelsea target Jules Kounde was a sore loser as a kid, who kicked his mum and had to see a doctor about his temper

CHELSEA target Jules Kounde was such a bad loser as a child, he'd often kick his mum in a fit of rage if his team lost.

The French defender is tipped to join the Blues this summer in a £70million deal. 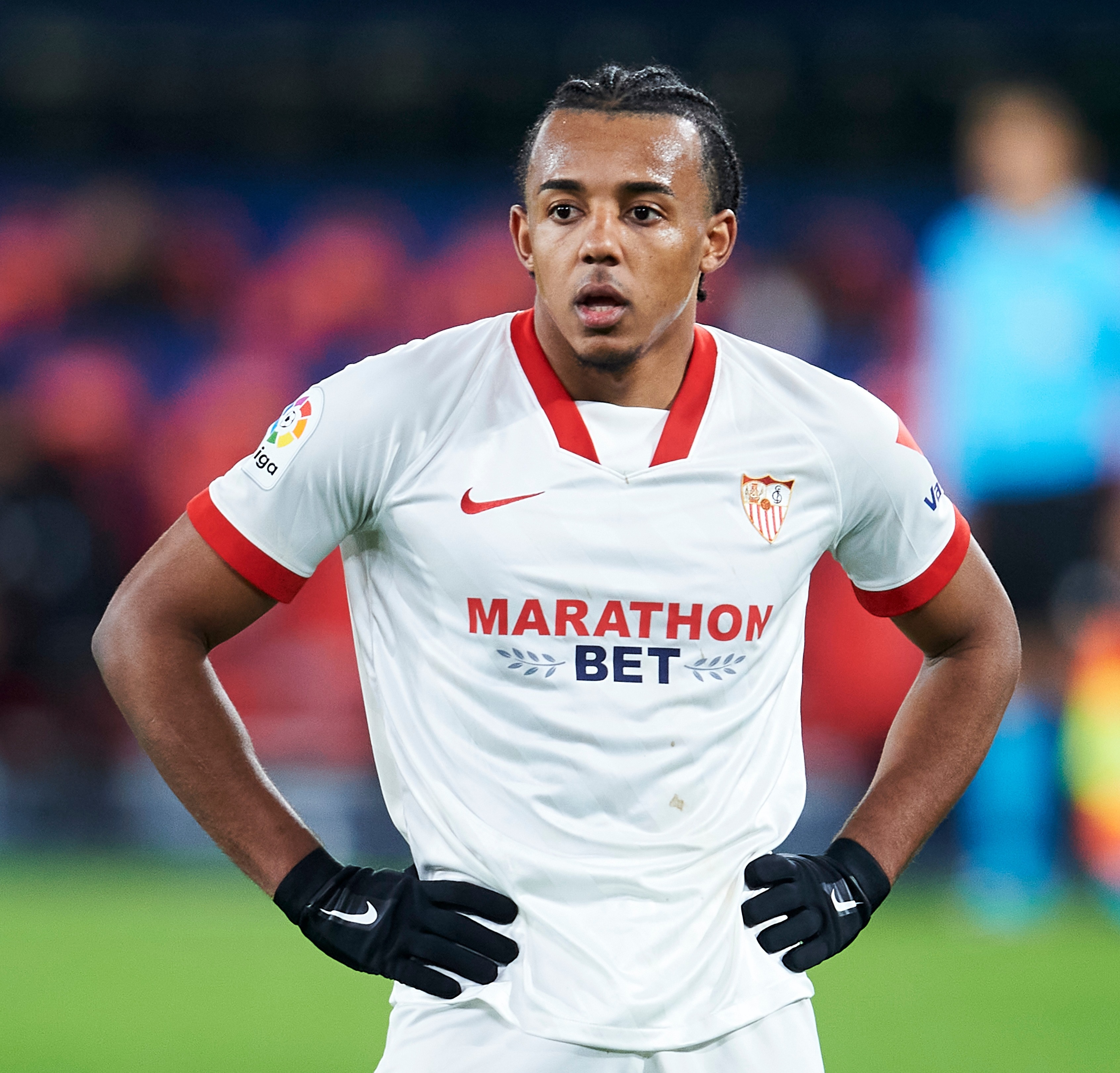 The 22-year-old established himself as one of LaLiga's best young defenders last campaign – starring for Sevilla and helping the club qualify for this season's Champions League.

Kounde grew up with his mother in Landiras, a small village about 40 minutes from Bordeaux.

Football was his passion, but often it would leave the young boy in a rage if he lost.

He would take his bad mood out on his mum, kicking her in the legs as his blood boiled.

It got so bad, his mum was forced to see a doctor to get advice on how to handle her son.

When he was just nine, Kounde played for a local side in Landiras.

However, the young boy soon got frustrated when they failed to win games and lost his temper.

Soon, he was taking it out on mum.

"When I started playing football in my village, we were playing at a very low level. And we had a bad team, we often lost," he revealed in an interview with Onze Mundial. 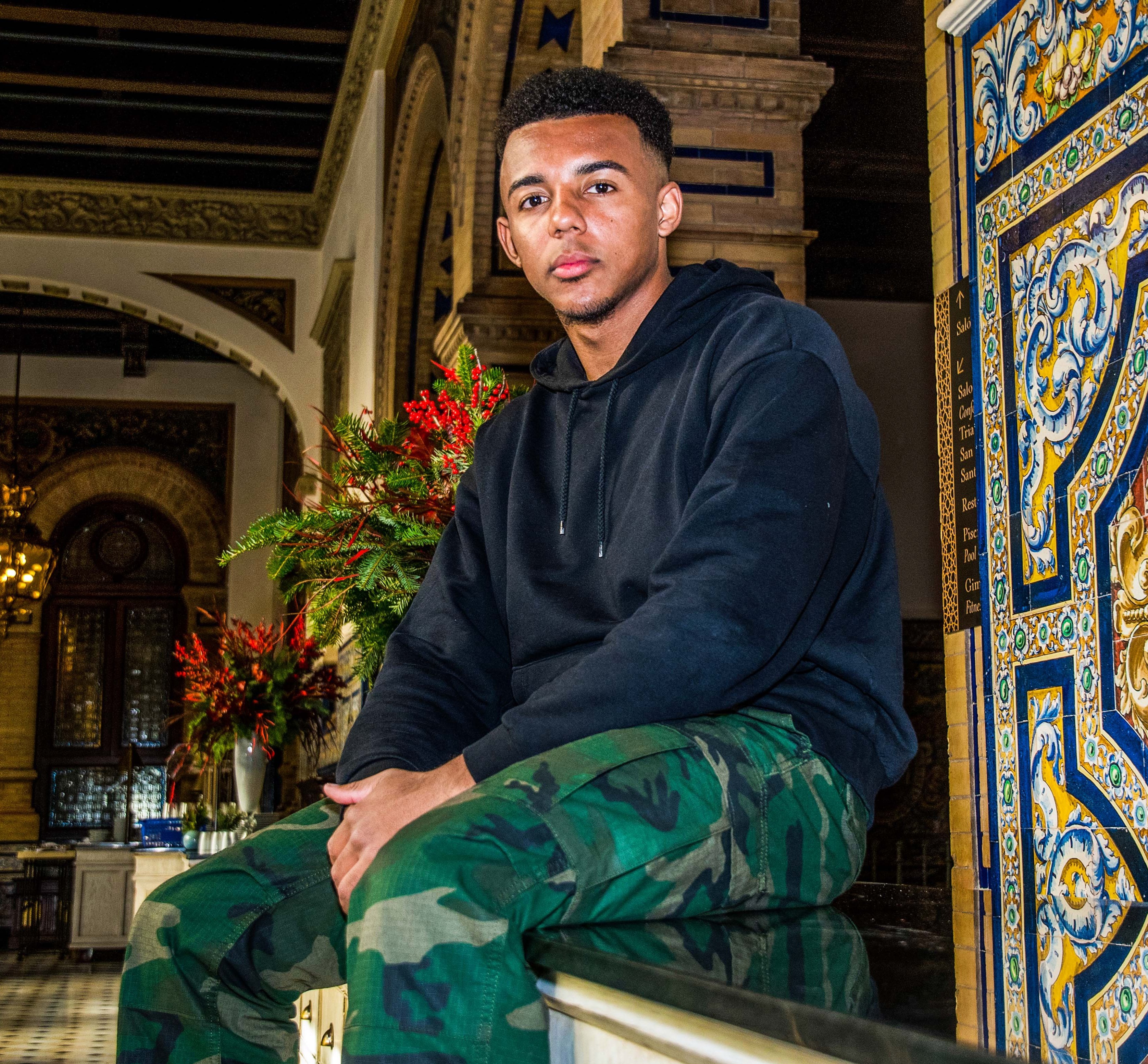 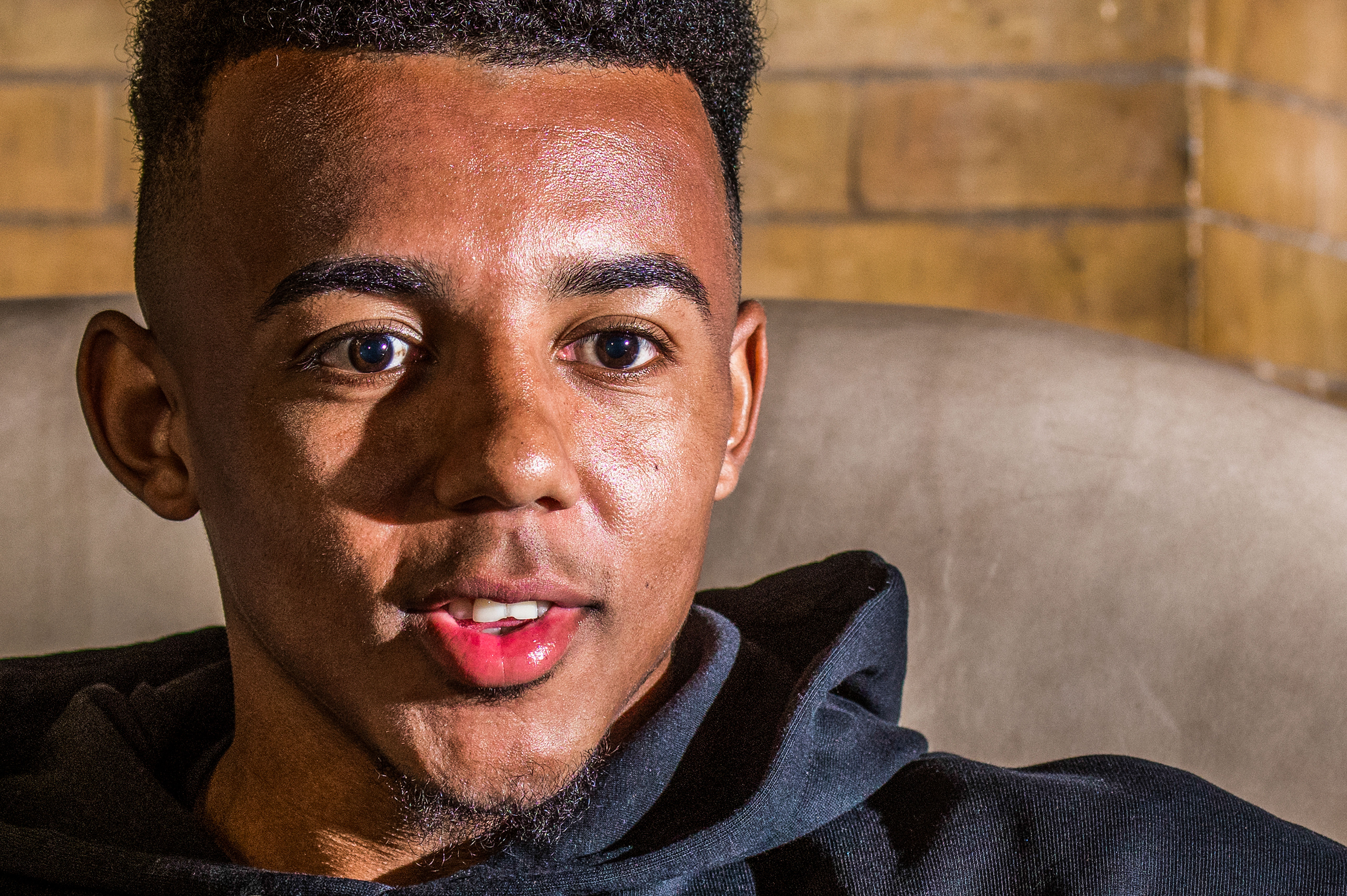 "I couldn't stand losing, it was driving me crazy. I had a period when I was eight or nine years old when I was terrible with my mother."

It got so bad, Kounde changed clubs. But not before he regretfully kicked out at his mum.

He said: "I remember kicking my mother's legs. When I came home from games, I got pissed off and did some awkward stuff. This period lasted a little while."

Not sure who to turn to, Kounde's mother went to see a doctor.

Kounde continued: "My mother went to see someone for advice, because she couldn't handle me on this point.

"The shrink had said to her: "Do the same thing, if he kicks you, kick him, like that, he will calm down". Over time, everything went back to normal."

Kounde's behavioural difficulties reared their ugly head at school, although he knew he couldn't disappoint his mother who valued education.

"In school I was a good student, but I didn't like to be questioned on things I didn't do well in," he said.

"I had very good grades, but sometimes with borderline behaviour. 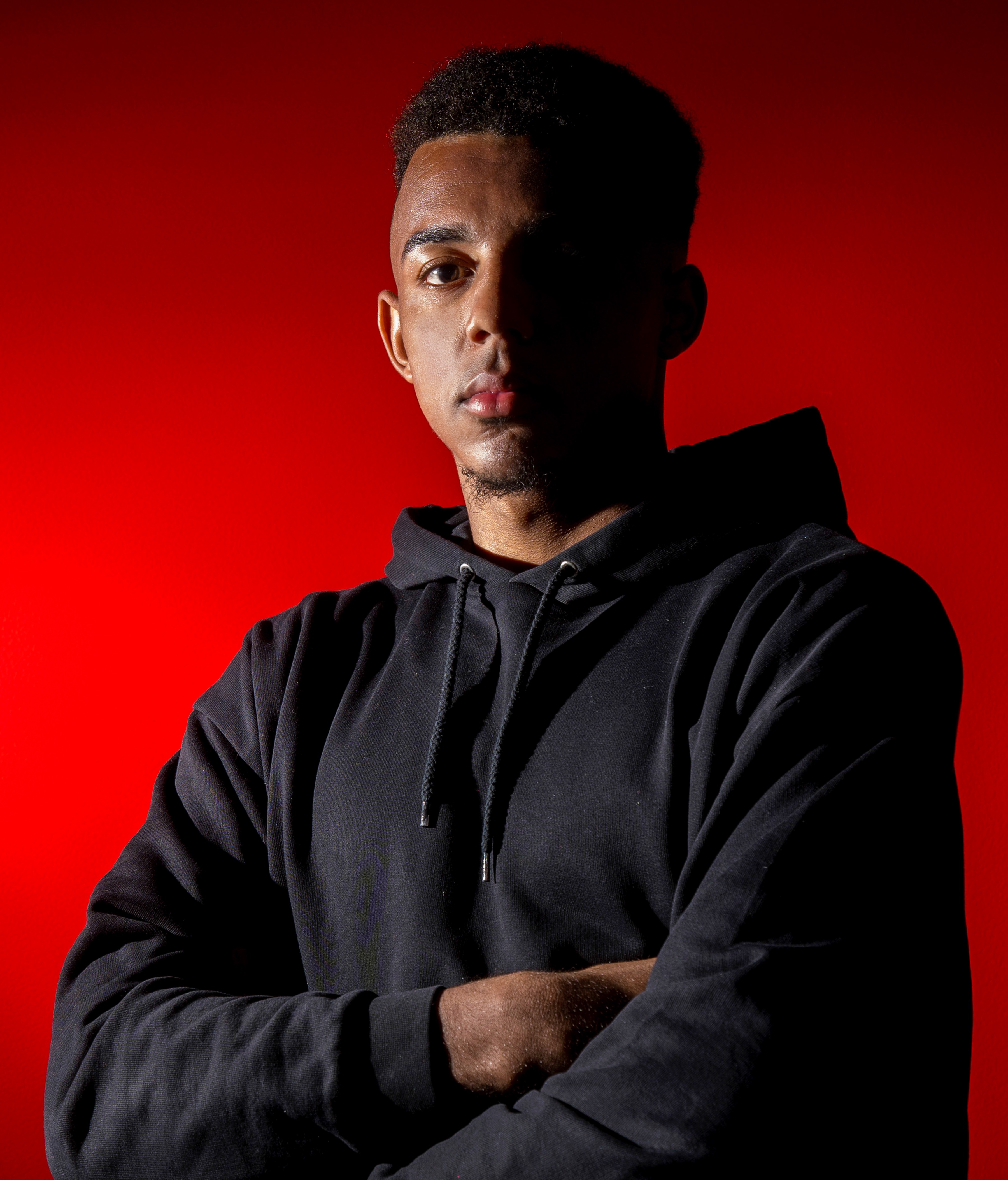 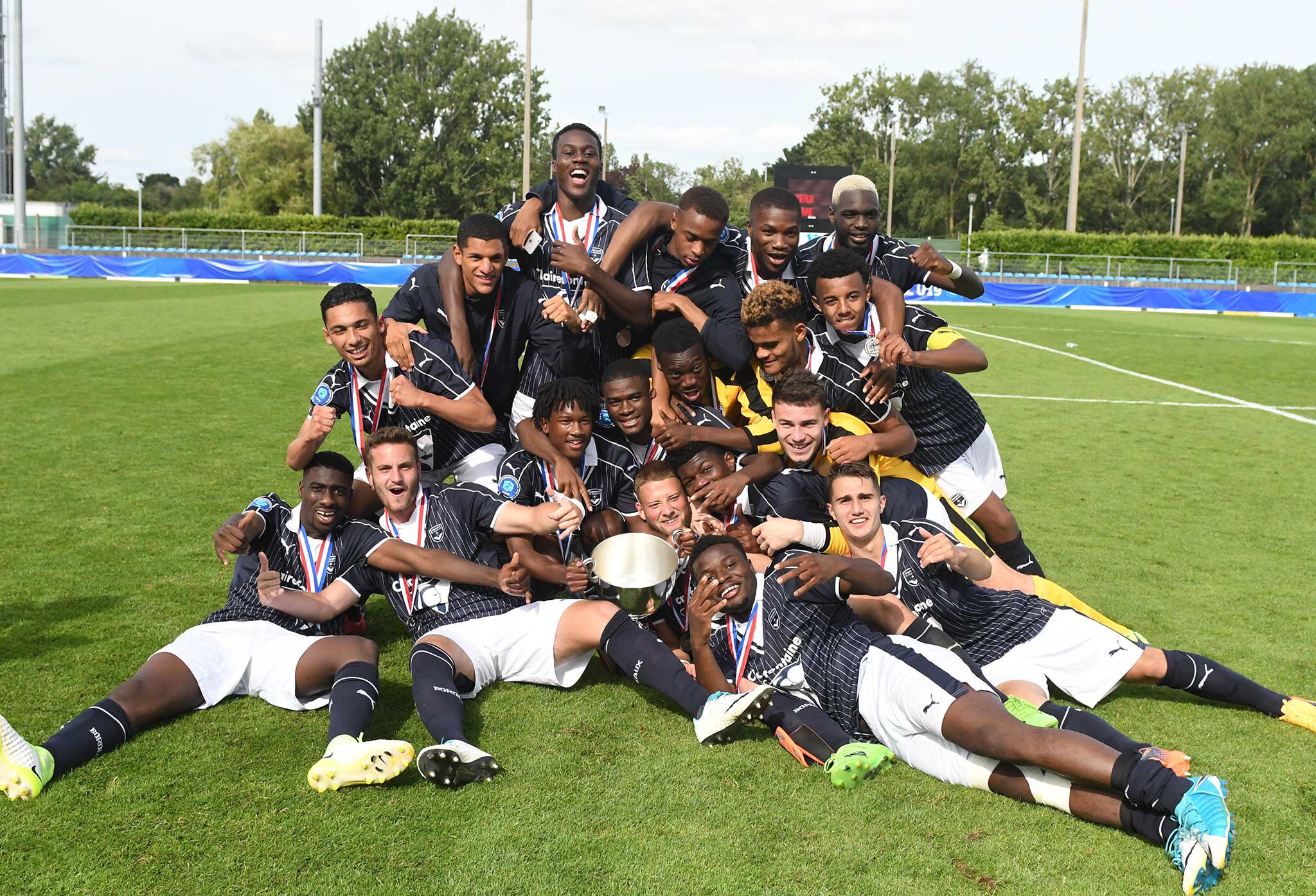 "There were times I came into conflict with some teachers. But it never affected me because I passed my exams.

"I only went to school for my mum who didn't want me to quit."

In 2013, Kounde was recruited by six-times Ligue 1 champions Bordeaux.

But his journey to the academy was tough, not being selected two years earlier and missing the final round of trials with an injury when his time came.

But Kounde was fortunate to be spotted by ex-France international Yannick Stopyra, part of the squad that finished third at the World Cup in 1986.

Speaking about his former protege, he revealed: "You won’t find anyone to speak ill of him. Discreet, kind, always positive: it is unanimous in Bordeaux."

Stopyra recognised the teenager's talents and offered him a one-year deal with the club.

Soon, he became one of the academy's stand-out players. He captained the U19 team to a youth league title.

His performances were enough convince former manager Jocelyn Gourvennec to give Kounde his debut against Troyes in 2018. 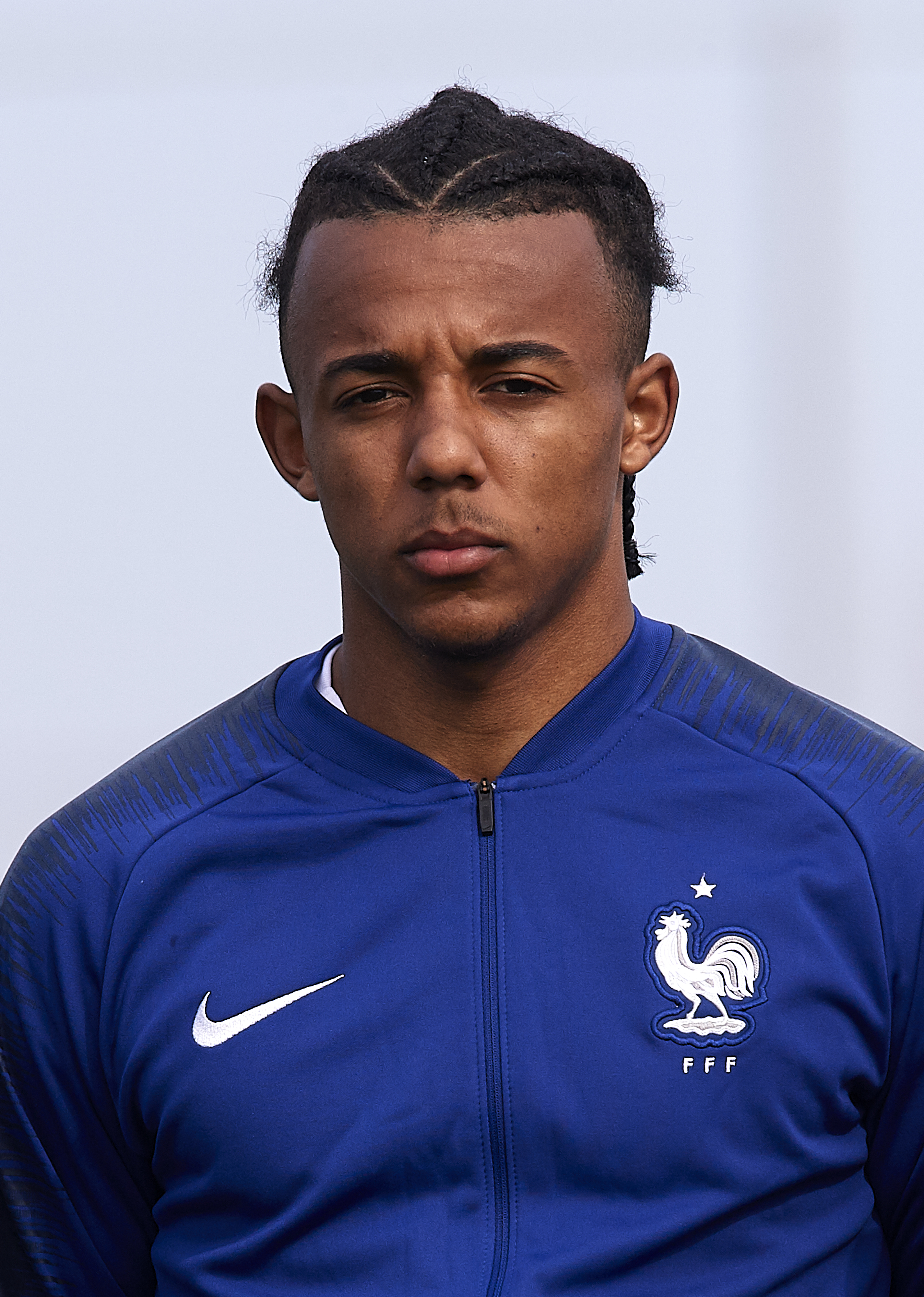 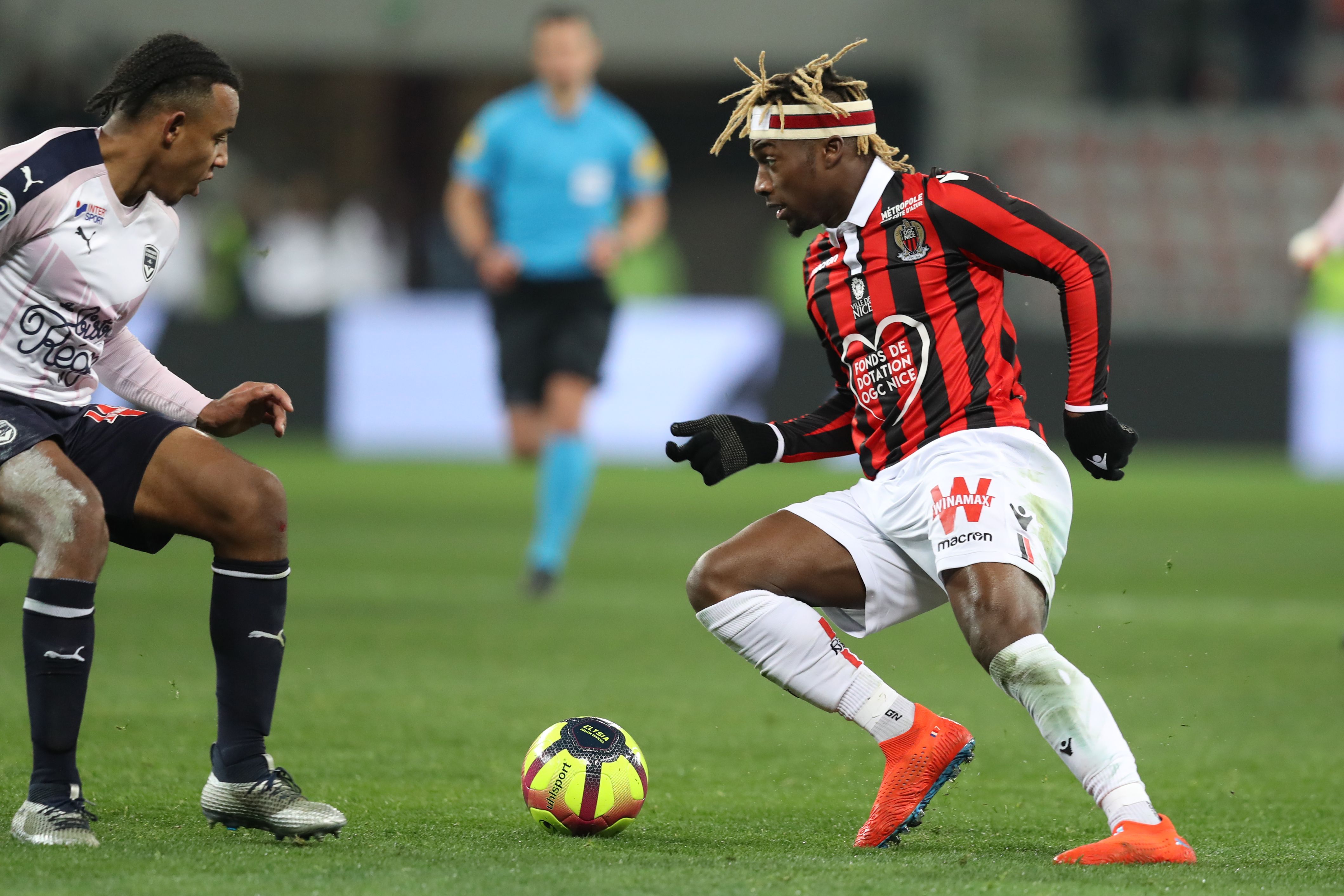 Ironically, it was an ex-Chelsea legend who continued to aid the centre back's development.

After Gourvennec was fired, Gus Poyet was brought in to steady the ship and he gave the young talent a run in the first team.

With Kounde marshalling the back four in 18 appearances, Bordeaux finished a credible sixth and qualified for the Europa League.

It was clear his future belonged on an even bigger stage.

On a personal level, Kounde had a great season the following year – appearing 51 times for the club.

But with Bordeaux finishing a disappointing 14th place, their stars were there to be picked up by bigger clubs.

It was Sevilla who won the race to buy him – paying a staggering £21million for his services in 2019.

"When I left Bordeaux, it was a well-considered choice," Kounde said. 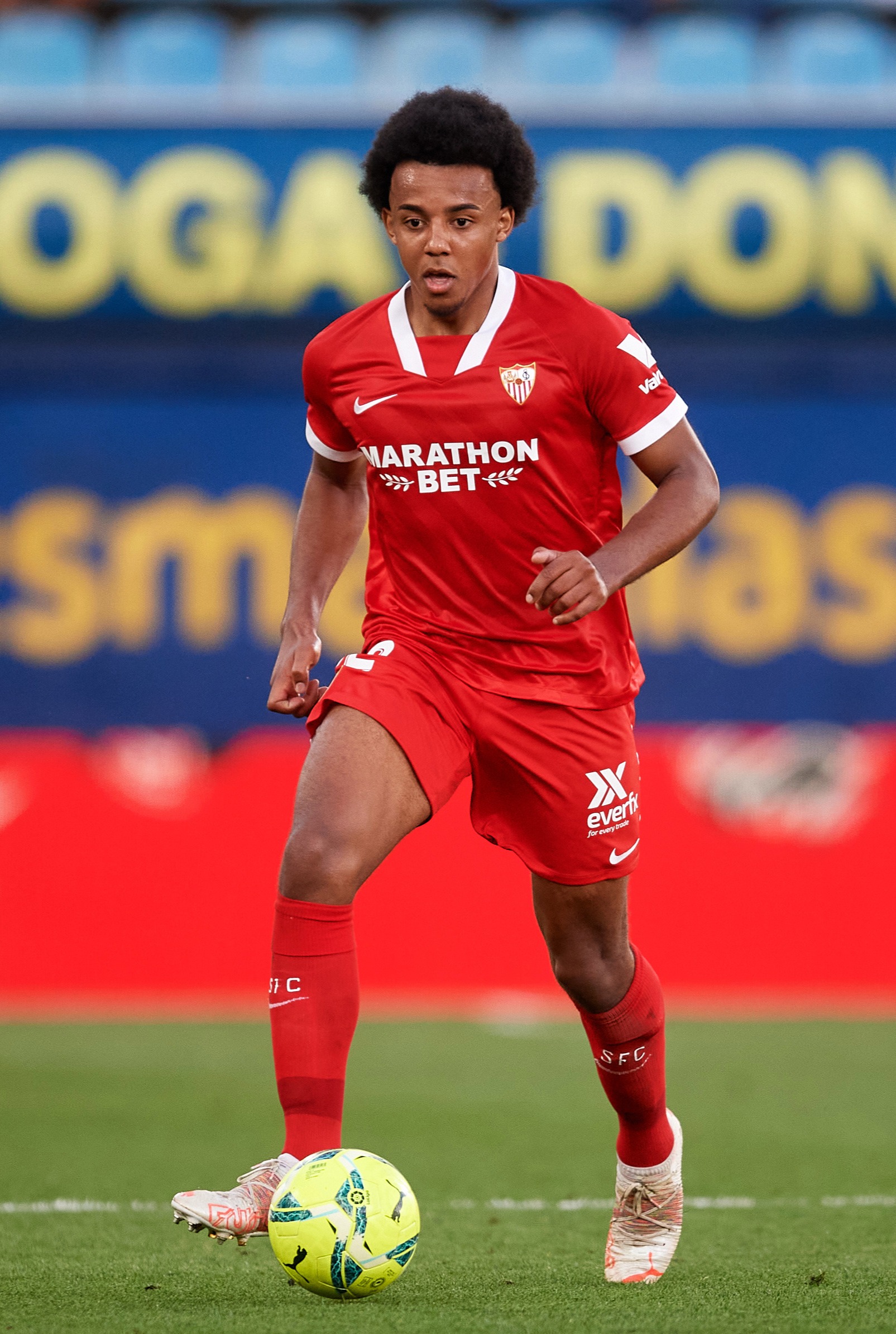 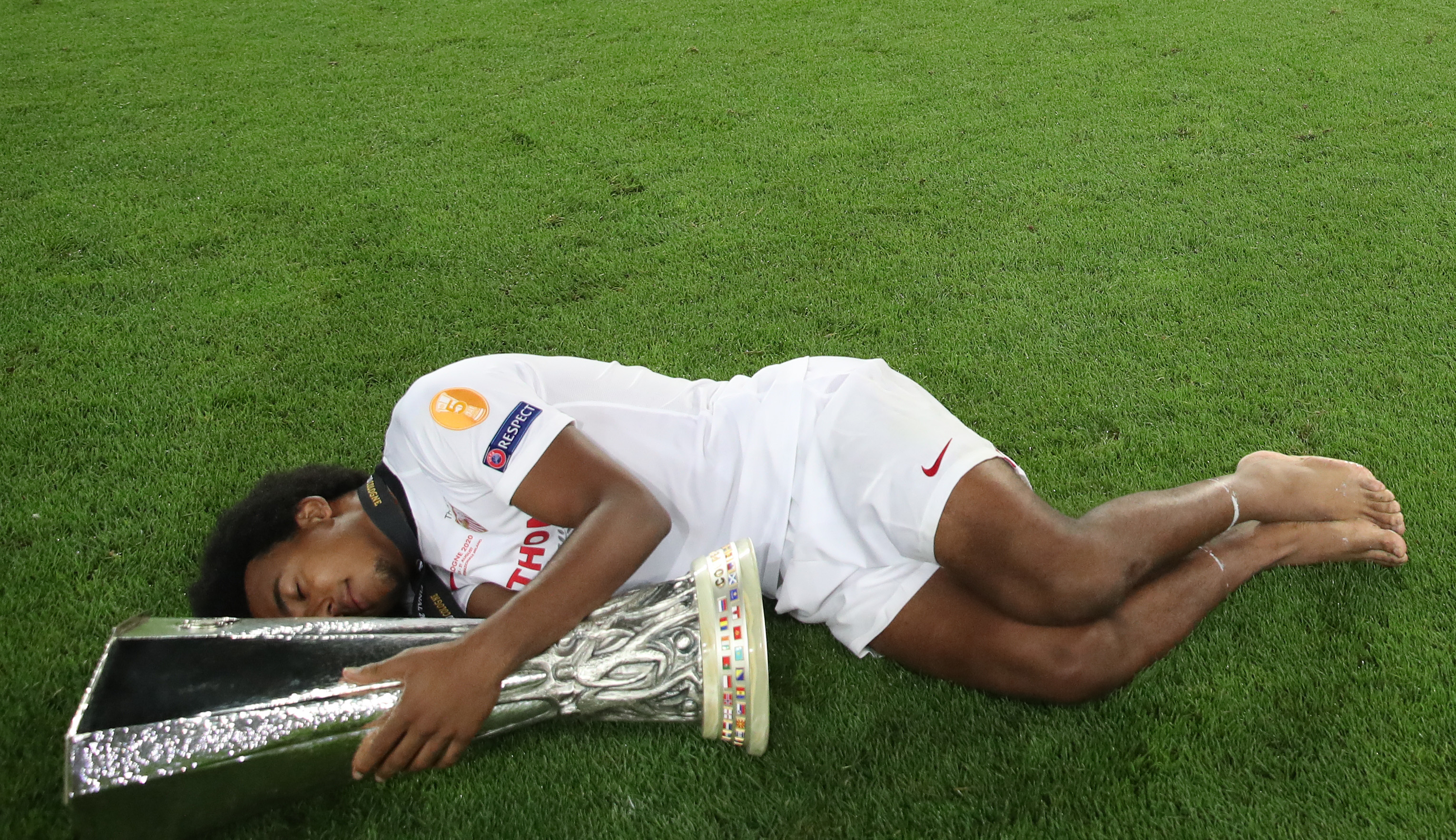 "Sevilla was the perfect club to take a step forward. And then, I felt that LaLiga was more serious than Ligue 1… It was the right time for me."

Quickly, Kounde established himself with his new side – finishing fourth in the league and helping the team earn Champions League qualification.

However, it was in 2020 when he would win his first major piece of silverware.

There, recorded a famous 3-2 win over Inter Milan.

Kounde was part of the French squad that gave a poor display at the Euros this summer.

But he won't let that deter him from his next plan. Back in May, he laid his intentions bare.

"I will perhaps have to change clubs this summer," he said. 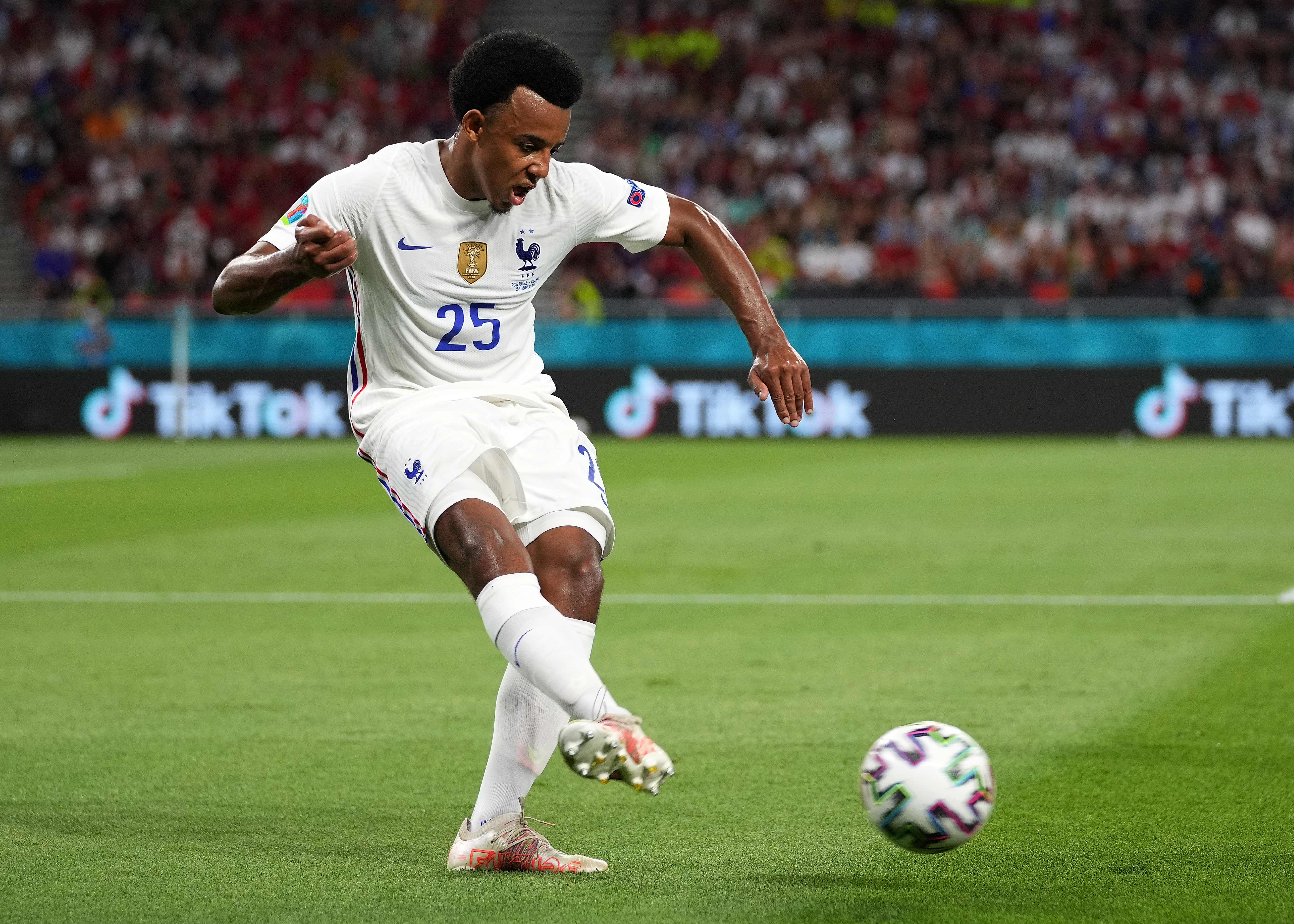 "But nothing has been finalised yet, I have not decided anything. My goal is to play at a big club to try to always progress and to win trophies."

With Chelsea on hot pursuit, Kounde could potentially join the European champions.

With him in their side, the Blues and Thomas Tuchel could have found the missing piece in the jigsaw for a Premier League-winning side.