WILLIAN is on the brink of signing a two-year deal to stay at Chelsea.

The Brazil forward has agreed fresh terms to keep him at Stamford Bridge despite Barcelona reviving interest this summer. 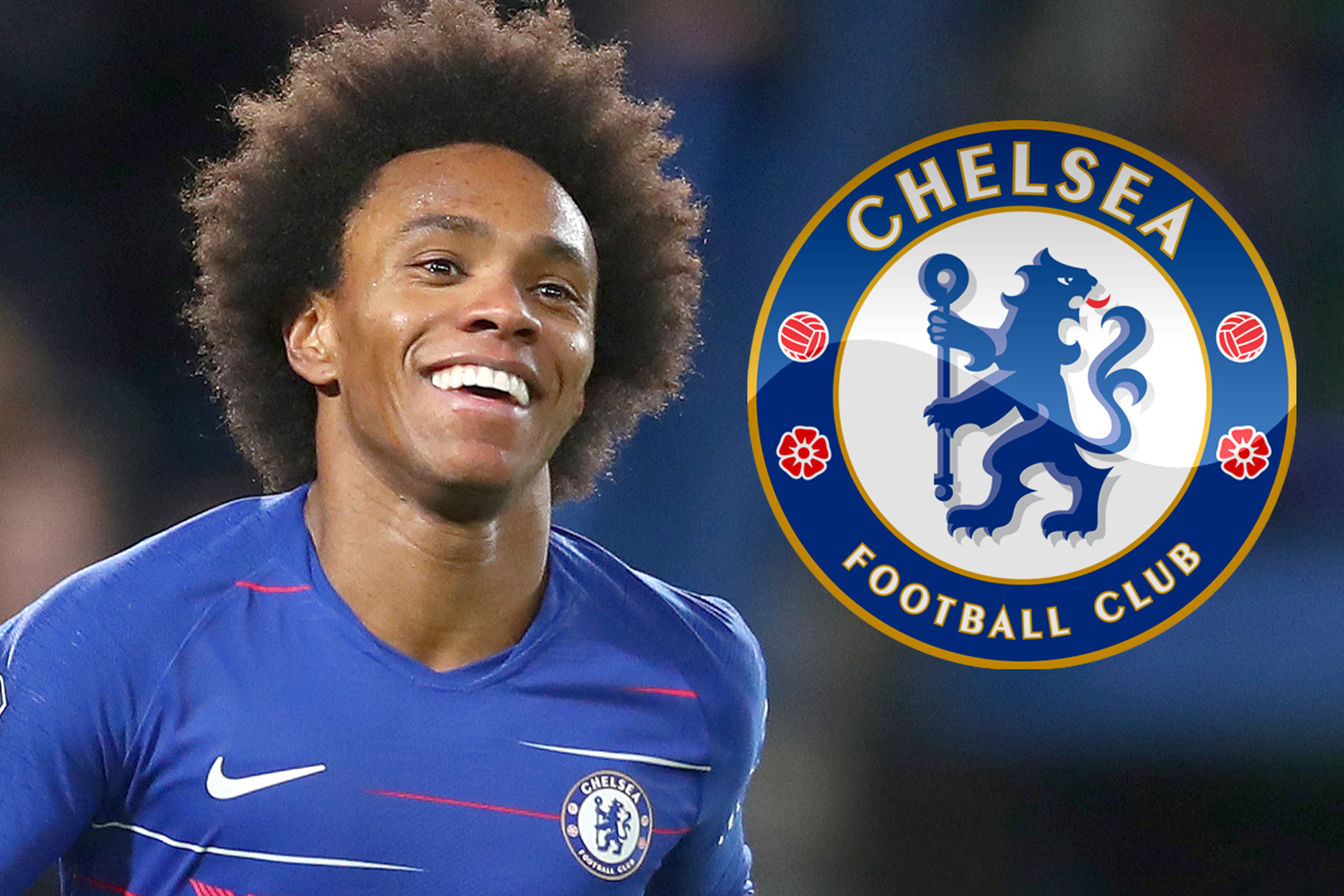 Blues chiefs scrapped their policy of only handing out one-year deals to players over 30 when they got David Luiz to commit his future to the club.

And his fellow Samba star Willian, 30, is now following suit to extend his stay in West London into a seventh year.

Barca were willing to pay £30million to finally land Willian after failing with a January player-plus-cash bid.

Chelsea risked losing him for nothing in a year without a new deal being signed and saw him as an important to deal to sort with the FIFA transfer ban pending.

The news will come as a welcome boost for Blues fans who saw Eden Hazard join Real Madrid for £150million.

The Belgian playmaker was unveiled in front of the adoring Real faithful at the Bernabeu yesterday and he admitted it was a “childhood dream” to join the club.

Meanwhile, with Maurizio Sarri heading out of the exit door with Juventus his most likely destination, Willian’s contract extension will be a relief.

Sarri hasn’t finalised a deal with the Serie A champions yet, but Frank Lampard is widely expected to succeed the Italian tactician.

SunSport report that the Blues would have to pay £4million in compensation to Derby to release Lampard from his contract.