Chelsea's £4.25bn takeover more than DOUBLES record for most expensive in sport history and dwarfs Man Utd fee by £3bn

CHELSEA'S proposed £4.25billion takeover is set to more than DOUBLE the record for the most expensive in sporting history – and it dwarfs the fee paid for rivals Manchester United.

Todd Boehly's consortium have signed a deal to purchase the club after Roman Abramovich decided to sell up. 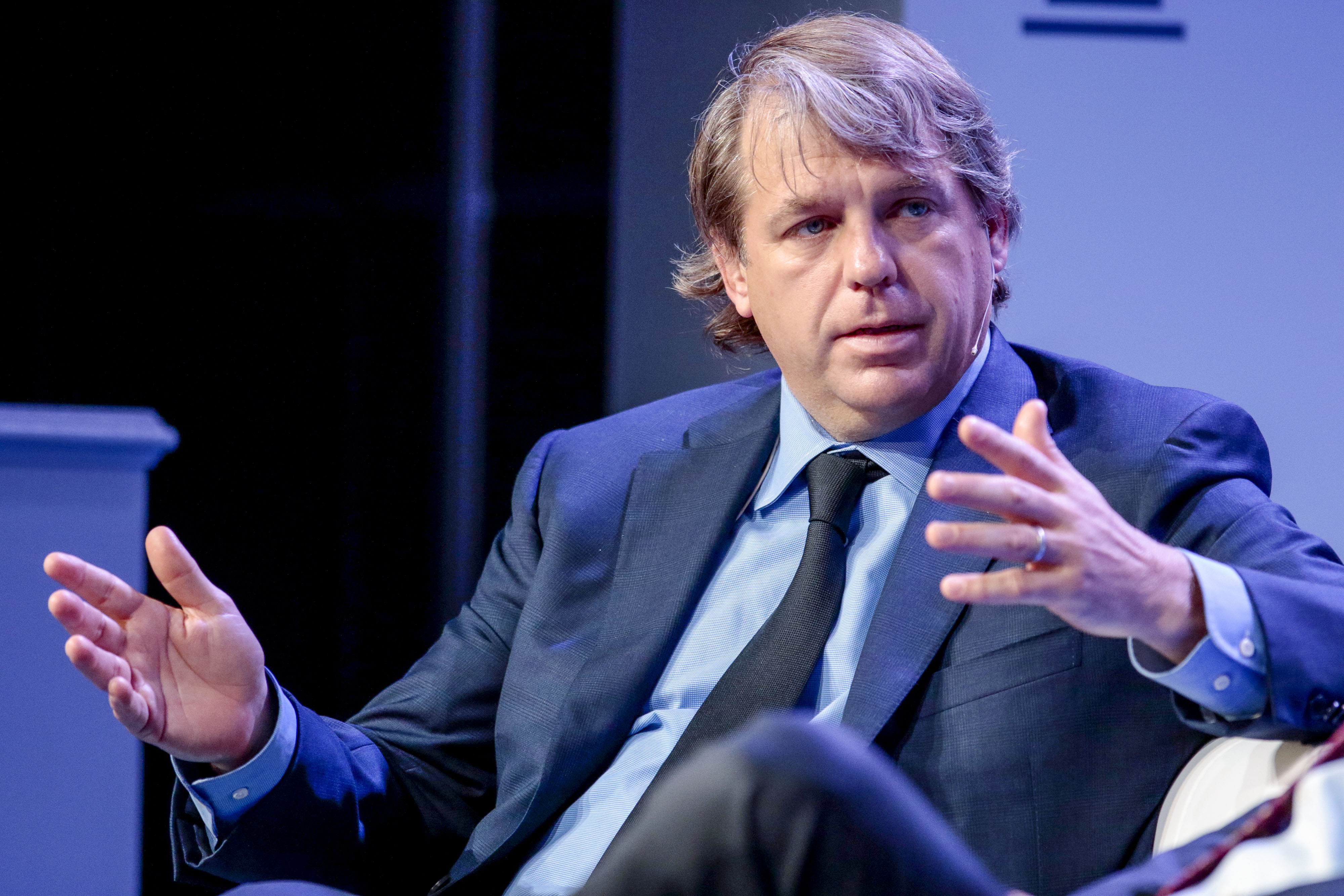 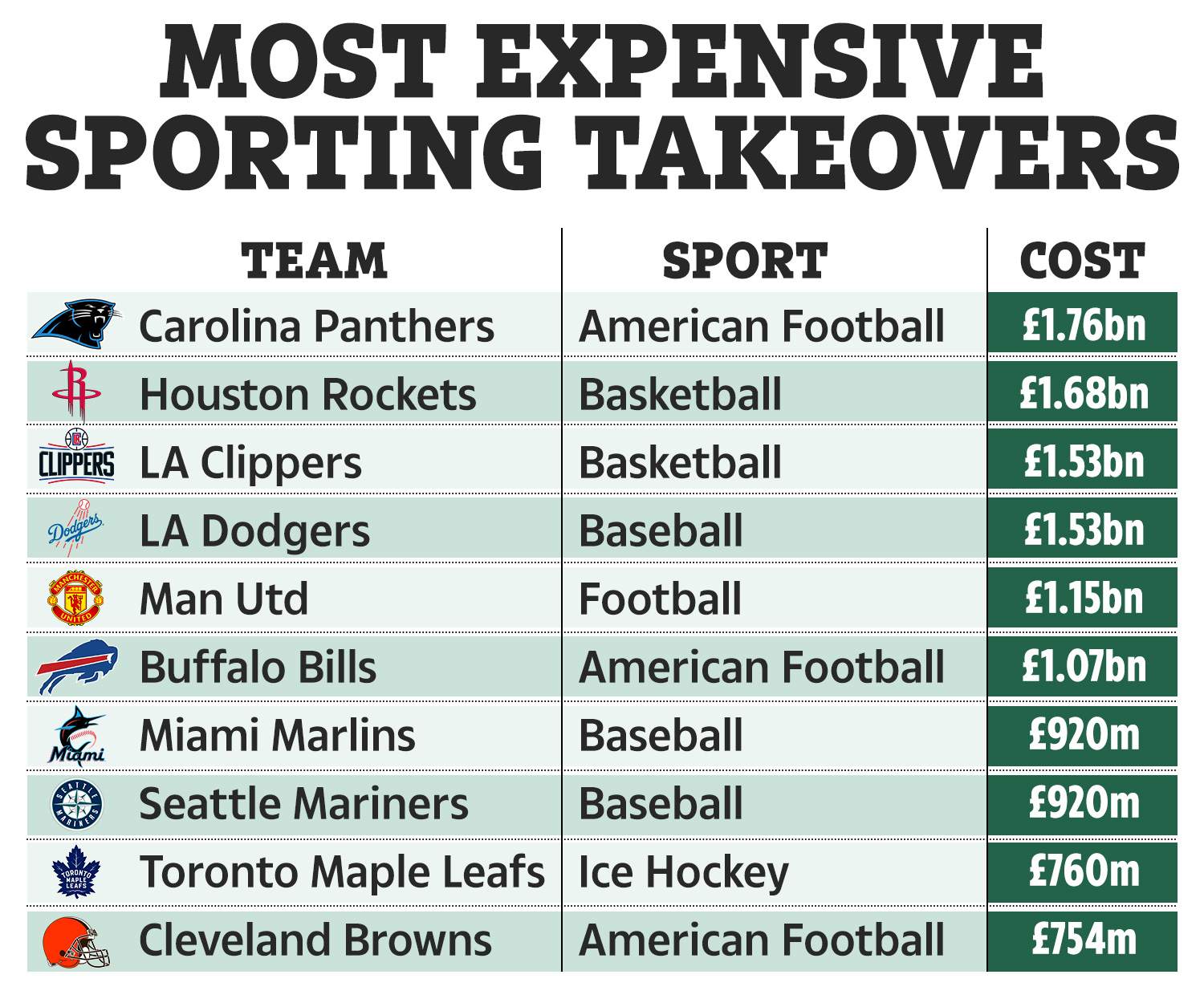 Chelsea confirmed £2.5bn will be deposited into a frozen UK bank account with the intention to donate it all to charitable causes.

The remaining £1.75bn is for investment into the club including developments of Stamford Bridge and the women's team.

Boehly was pictured outside the ground on Friday night with fellow members of his group including ex-chancellor George Osborne.

However, the mega-deal is not over the line just yet and needs to go through due processes with the Government and the Premier League but is expected to be completed by May 31. 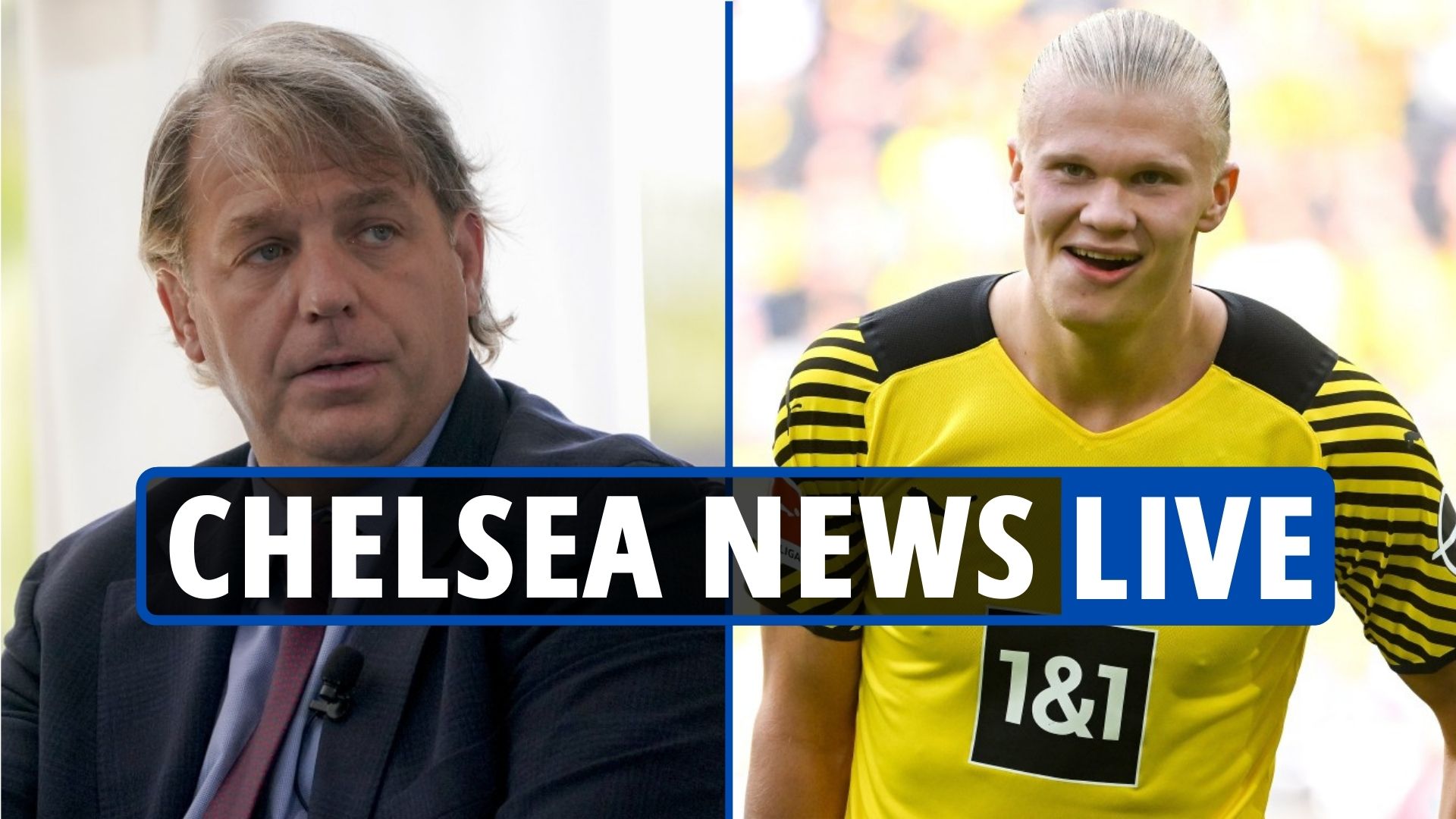 We take a look at the ten most-expensive takeovers in world sport, based on today's US Dollars to British Sterling exchange rate…

US couple Jimmy and Dee Haslam bought the Ohio-based NFL team in 2012 for £754m.

It's claimed they have already helped double the value of the franchise in their decade spell at the club.

Despite that, the business couple have been unable to deliver a first NFL championship since 1964. 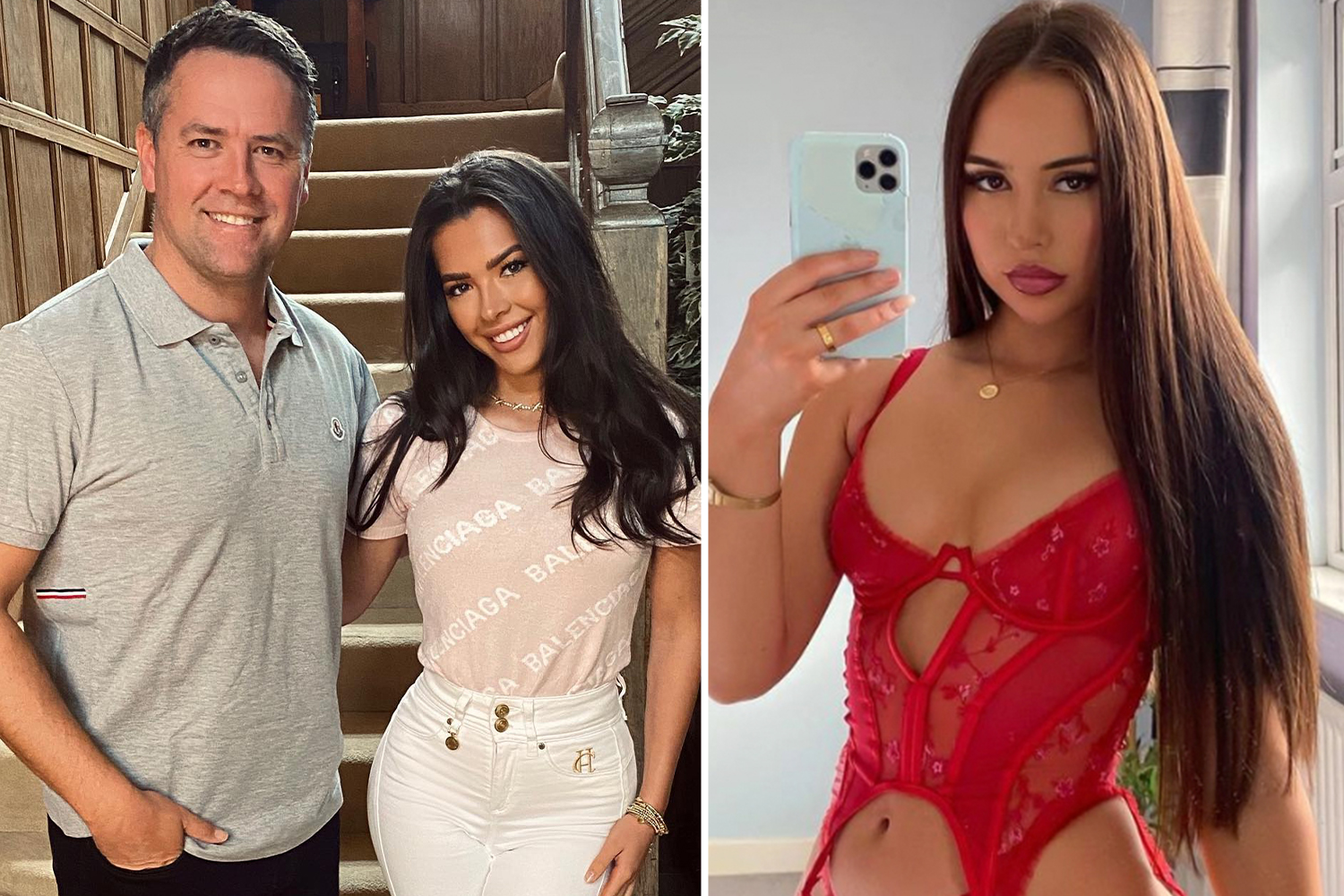 Rogers Communications and BCE Inc – Canada's largest telecoms companies – bought a 75 per cent share of the NHL franchise in 2012.

The two companies had worked together at the 2010 Winter Olympics – held in Vancouver, Canada – and teamed up again to buy the ice hockey giants.

The Maple Leafs have won 13 Stanley Cups – the second-most in NHL history – but haven't clinched the title since 1967.

US businessman John Stanton led a 17-strong consortium to take majority control in 2016 – having first bought into the team in 1992.

The group have added over £150m to the value of the team already after partnering with streaming service DirecTV.

However, the team have never clinched the MLB title – only ever qualifying for the playoffs four times in their 45-year history.

MLB legend Derek Jeter grabbed the headlines after throwing his hat into the ring to buy the Florida-based franchise.

But the New York Yankees icon had some powerful backers, with billionaire Bruce S. Sherman helping finance the deal worth just shy of £1bn.

Jeter is claimed to have fronted roughly £16m for the deal, with Sherman's input into the hundreds of millions.

But the Marlins are still waiting to break their near 20-year title drought, having last won a championship in 2003.

Terry Pegula and wife Kim purchased the NFL side in 2014 – and kept the team in Buffalo, despite rumours of a relocation.

Terry made his money in natural gas and real estate before expanding his empire into sports and entertainment.

And the couple splashed over £1bn on the American Football side – helping break their 17-year playoff drought in 2017 and helping them make the post-season all but one season since then. 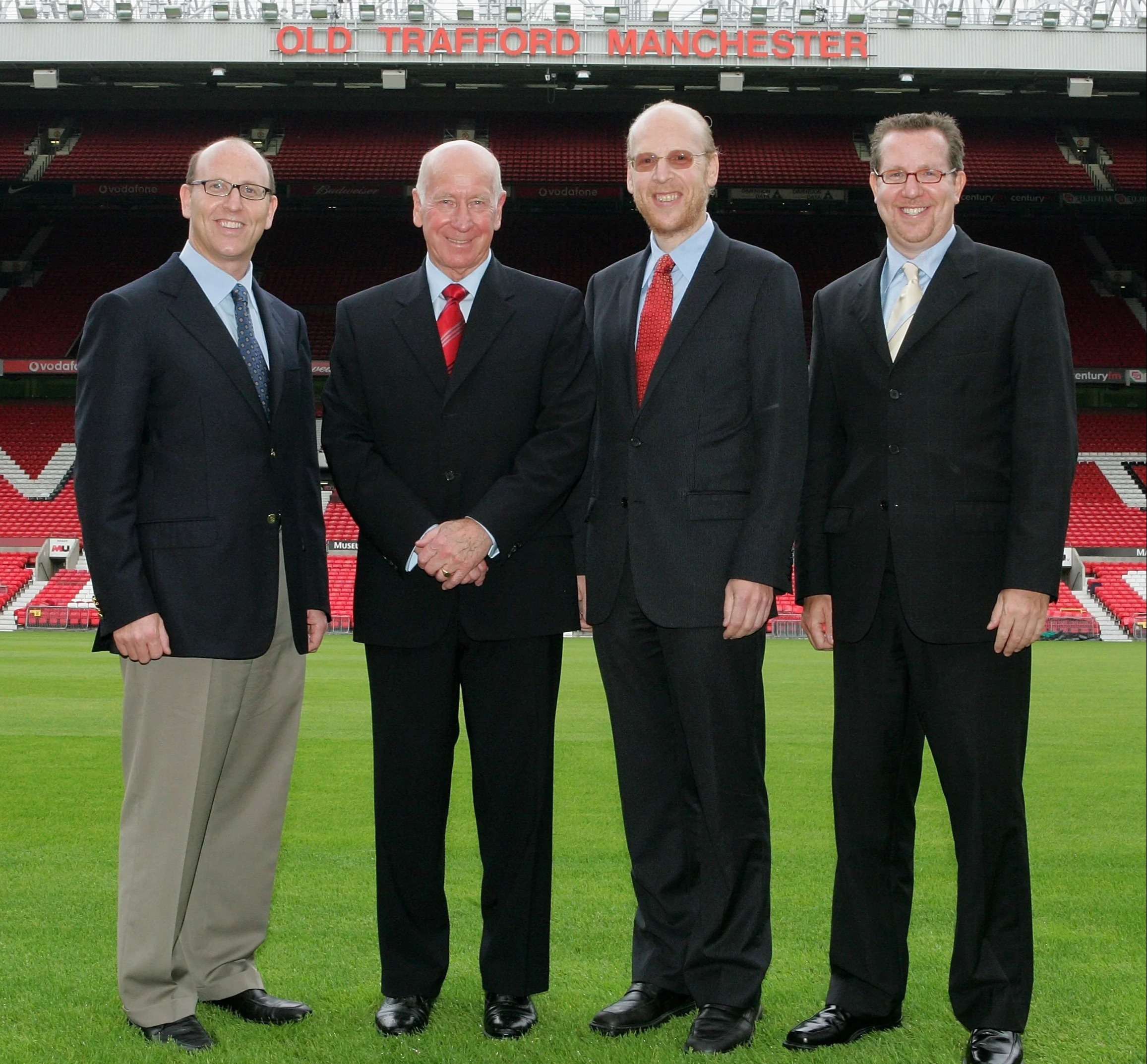 The oldest entry on the list, the Glazer family's investment in United in 2005 make it the only non-US sports team to crack the top ten most-expensive takeovers in sport.

At the time of the deal, the Glazers spent £790m on the club – which converted into today's money equates to £1.15bn.

United had been privately run for nearly a century before the family's takeover, with fans famously unhappy with their current owners for lumbering the team with a mountain of debt.

But their relationship with supporters has soured further amid the club's worst run since they were last relegated 48 years ago.

United haven't won a trophy in five years and have failed to launch a title bid since Fergie's farewell season in 2012-13.

Guggenheim Baseball Management paid a staggering $2bn to buy the Los Angeles side in 2012 – with NBA legend Magic Johnson part of the consortium.

Incoming Chelsea owner Boehly was also involved and has a 20 per cent ownership.

Since the takeover a decade ago, the Dodgers have reached the World Series three times – winning once, in 2020.

Another Los Angeles sporting giant high on the list, Microsoft co-founder Steve Ballmer bought the NBA side in 2014.

It was the most-expensive takeover in basketball history at the time, famously replacing Donald Sterling who was forced to sell having been caught making racist remarks about the team.

Ballmer is regularly found passionately cheering the Clippers on court-side – and has helped the team rise out of their LA rivals, the Lakers', shadow.

The Clippers have still never won the NBA title, but did reach the Western Conference Finals for the first time ever in 2021, only to fall short against losing NBA finalists, the Phoenix Suns.

Another NBA side on the list, American businessman Tilman Fertitta tried to buy the Texas-based franchise in 1993 only to miss out – and finally fulfil his dream in 2017.

Still a record buy for an NBA team, Fertitta spent £1.68bn on the Rockets.

The team have twice reached the Western Conference Semi-Finals since the takeover and one made it to the Conference Finals.

But last season, the Rockets were the worst team in the entire NBA with just 17 wins from their 72 matches.

The most-expensive takeover ever – for now – is the purchase of the Carolina Panthers in 2018.

Hedge fund billionaire David Tepper splashed £1.76bn on the team – but is yet to deliver a Super Bowl crown.

In fact, the Panthers haven't even made the playoffs since the takeover…