PARIS — Three years ago, long before Chile’s soccer team made its first appearance in a Women’s World Cup, it made news for an embarrassing reason.

In 2016, goalkeeper Christiane Endler and her teammates found out through news media reports that they had been dropped from FIFA’s official world rankings. The reason? Chile’s soccer federation had failed to schedule any activities for the women’s team for two years.

Unable to judge its performance on wins, losses or draws, FIFA simply declared the program “inactive.”

“I thought of walking away,” Endler said.

[Follow our live of updates of USA vs. Chile.]

Now, only three years later, Endler, who plays for Paris St.-Germain, has been voted the best player in the French league, and Chile finds itself playing in France in the biggest championship in women’s soccer. This has not been easy, either; Chile lost to Sweden, 2-0, in its first match, and on Sunday it will face a formidable United States team in Paris.

But the anger at the treatment of the team by its national federation ended up stoking a fire, especially for Iona Rothfeld, a former member of the squad who has played for several teams in Chile and is now part of the squad at St. Thomas University in Miami Gardens, Fla. She also leads Chile’s nascent players’ association.

“It hurt that we became invisible, that we stopped competing and existing in world soccer after we had worked so hard to put Chile on the map,” Rothfeld said in Paris a day before the World Cup opened. She had come to France to support her former team. 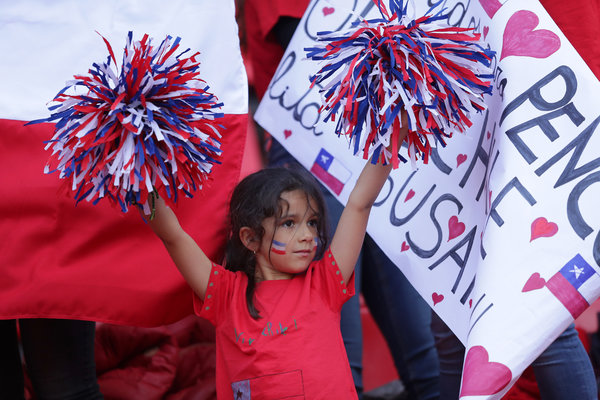 Through her anger over the ranking issue, Rothfeld came up with the idea to establish a players’ union, a space where all the teammates that did not have official backing could organize to get the Asociación Nacional de Fútbol Profesional, the Chilean soccer federation, to change its mind-set on, and its commitment to, women’s soccer.

Rothfeld, who is studying political science at St. Thomas, became even more convinced when the clubs Audax Italiano, where she had played, and Unión Española announced they would be dropping their women’s teams in early 2016.

So that June she set up the new players’ union, the Asociación Nacional Jugadoras de Fútbol Femenino en Chile, with a mandate to make soccer a viable profession for Chile’s women and girls. Soon other players signed on, overcoming their apprehension that clubs, or the federation, would retaliate. The support of Endler, the goalkeeper, was especially important, given her successful record in Chile — five league titles with the clubs Colo-Colo and Everton, as well as a Copa Libertadores women’s title — and her high profile in Europe, where she played for Chelsea and Valencia before joining P.S.G.

The pressure made a difference. In May 2017, Chile’s team returned to the field after more than two years of dormancy. In the famed Estadio Nacional in Santiago, a crowd of about 10,000 — a record audience for a women’s soccer match in Chile — saw la Roja outscore Peru, 12-0, in a friendly match.

By then, initial preparations for the 2018 Copa América Feminina — the South American qualifying tournament for this year’s World Cup — were underway. Since the players had been having meetings with Chile’s federation, the union suggested the federation bid to host the three-week tournament.

“We thought playing as the home team would help bring more visibility to our sport,” Rothfeld said. Conmebol, the confederation that governs South American soccer, affirmed the bid.

Each of Chile’s national team’s games averaged 20,000 spectators, and the Roja lost only one of them, a 3-0 defeat against Brazil, the eventual champion.

The newfound support for the women has even extended beyond the team; in March, the ministry of culture, arts and heritage and the ministry of women and gender equality announced that they would begin taking steps to “repay a historic debt” to the female players by creating a locker room for the exclusive use of the women’s team inside the Estadio Nacional.

Before the World Cup, Endler was asked what she thought it would take for the women’s team to compete against the more established soccer powers Chile was to face in the group stage.

“All it takes," she said, “is management and willpower.”