KHABIB NURMAGOMEDOV paid a classy a tribute to Conor McGregor and the rest of the lightweight division, insisting: 'It's not easy.'

Nurmagomedov, 31, and Israel Adesanya, also 31, are the only unbeaten current UFC champions. 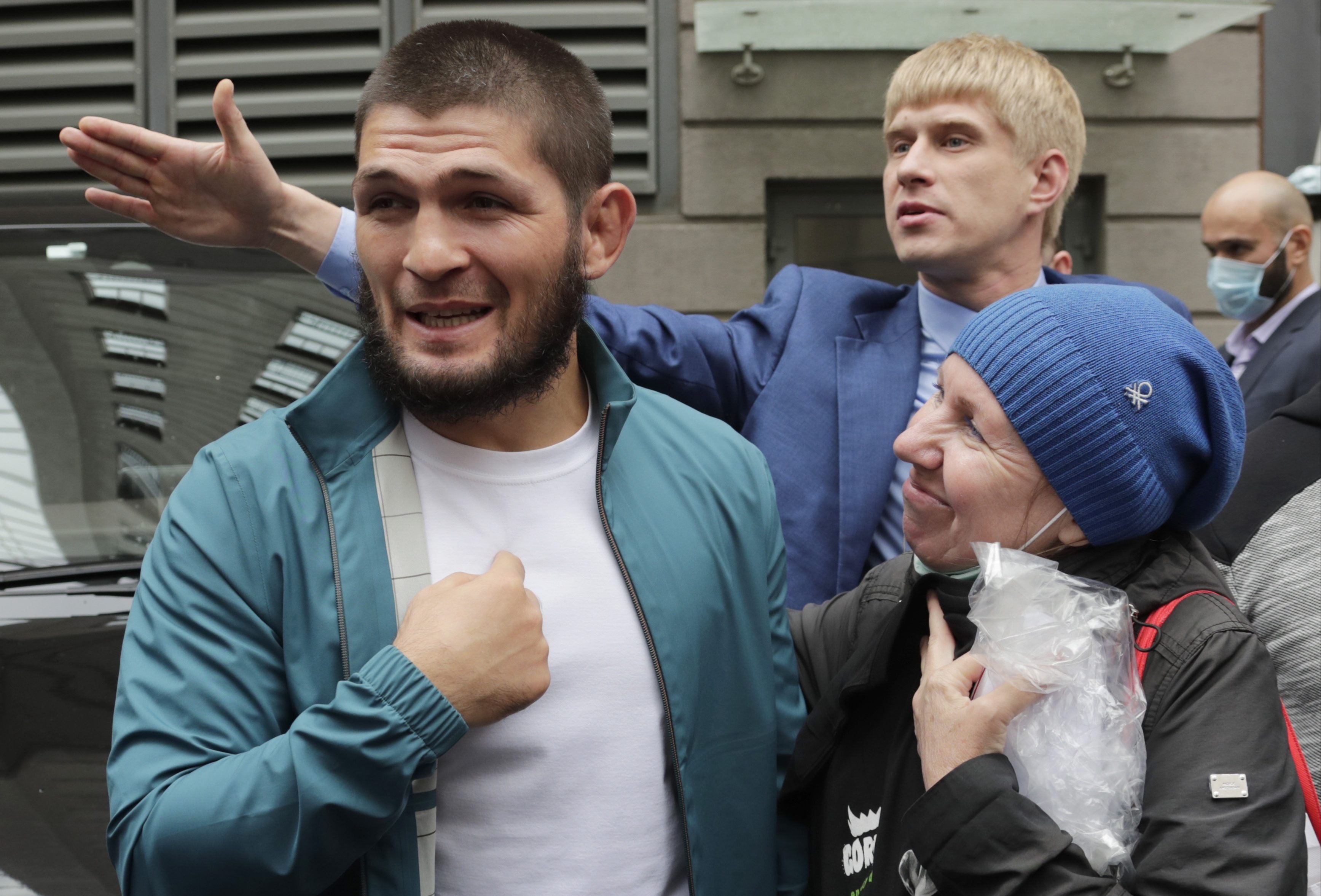 And Khabib uploaded a mocked up poster on Twitter highlighting the talent that surrounds him as he sits top of the 155lb pack.

He captioned the post: "It's not easy believe me."

McGregor, Dustin Poirier, Al Iaquinta – all of whom Nurmagomedov has beaten – feature in the picture.

So does Justin Gaethje, who challenges the Russian next month, and Tony Ferguson – victim of FIVE fights against Khabib falling through.

Nurmagomedov's reign as lightweight king could be coming to an end in just two fights' time.

After the death of his father Abdulmanap in July, the fighter revealed it was his dad's wish for him to retire after 30 fights.

And he wishes to face welterweight legend Georges St-Pierre in his final bout.

It would mean McGregor – who was beaten by Nurmagomedov in 2018 – would be denied a rematch against his great rival.

But even Khabib's trainer Javier Mendez is adamant UFC boss Dana White will not keep the promotion's most lucrative fight shelved.

Mendez told The Express: "If I'm the UFC and I'm the president, I'm not going to let that fight off the table.

"Especially if Conor wants to fight and Khabib is still the champion. Then you can make that fight.

"I wouldn't let them [not fight]. That's my job, right? To make the most money for the company."