Home » Sport » Colt Brennan's father reveals possible cause of death: 'He was doing so well'

Colt Brennan's father reveals possible cause of death: 'He was doing so well' 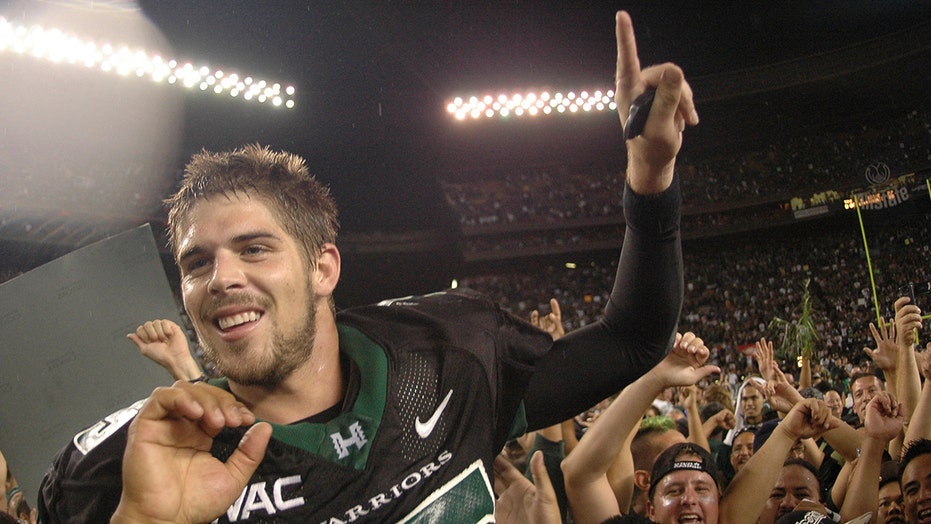 Colt Brennan, the former star quarterback for Hawaii and one-time Heisman Trophy finalist, was found unconscious in a hotel room a day before he died, his father said Tuesday.

Terry Brennan told ESPN his son ingested something that was apparently laced with fentanyl and never was able to regain consciousness. He said Colt Brennan also tried to enter a detox program at a Newport Beach, Calif., hospital but was unable to stay because there were no beds.

“He was really into it,” the former quarterback’s father said of his son’s recovery program. “It involved a lot of physical activity and he liked it. He was working with soldiers who had come back from Afghanistan and Iraq with similar problems. He was doing quite well with it for four months. Then something happened and he went to the dark side, and it was just not good.”

“He was doing so well, the spark was back in his eyes, and he was healthy and doing great, and it happened,” he told the Honolulu Star-Advertiser.

“Obviously, someone gave him a pain pill of some sort, but it was fentanyl, according to what we’re understanding,” he added. “We’re still a long way from figuring it out. That’s where we are right now.”

The University of Hawaii released a statement on Colt Brennan’s death.

“It’s hard to put into words the impact that Colt Brennan had on Rainbow Warrior fans and the people of Hawai’i. He was a phenomenal player and provided us some of the greatest sports memories we’ll ever have. But he was more than that,” the school said.

“For all that he accomplished on the football field and the adulation he received for it, he always remained among the people. He never turned down an autograph, he never turned down a picture with someone. He inspired everyone, from our keiki to our kupuna. He had a Warrior mentality on the field but a true aloha spirit off of it. Today is an extremely tough day. Our thoughts and prayers are with the entire Brennan ‘ohana and we mourn together with all those across Hawai’i and Rainbow Warrior nation who were touched by Colt.”

Colt Brennan put together a decorated career at Hawaii. In 2006, Brennan completed 72.6% of his passes while throwing for 5,549 passing yards and 58 touchdowns. His passing yards total from that season is the seventh-most in FBS history, and his eye-popping touchdown total was a record until current Cincinnati Bengals quarterback Joe Burrow threw for 60 scores in 2019 for LSU.

Brennan led Hawaii to its first Western Athletic Conference title during his senior season. He threw for 4,343 passing yards with 38 touchdowns and finished third in the Heisman Trophy voting. Brennan was the first player from Hawaii to finish as a Heisman finalist.

He played for two seasons in Washington in the NFL starting in 2008 and joined the then-Oakland Raiders in 2010. Brennan also played in arena football as well as the Canadian Football League.