Conor McGregor appears to be PASSED OUT after Hollywood nightclub trip

Conor McGregor’s team has insisted the fighter left a West Hollywood nightclub due to his leg injury rather than being drunk after a picture appeared to show him passed out in the back of a car after a nightclub session on Thursday.

The Notorious posted on Instagram at around 11pm Los Angeles time saying: ‘Certified Lover Boy out NOW! @champagnepapi 40 nips in the whip but I dip. A classic bro! I’m on the way to @delilah right now to have them play it on blast.’ 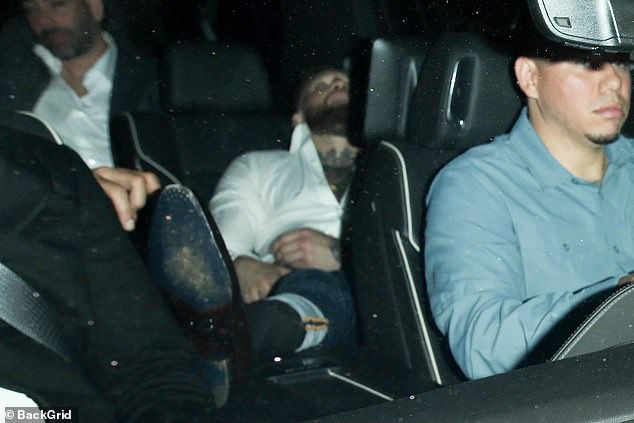 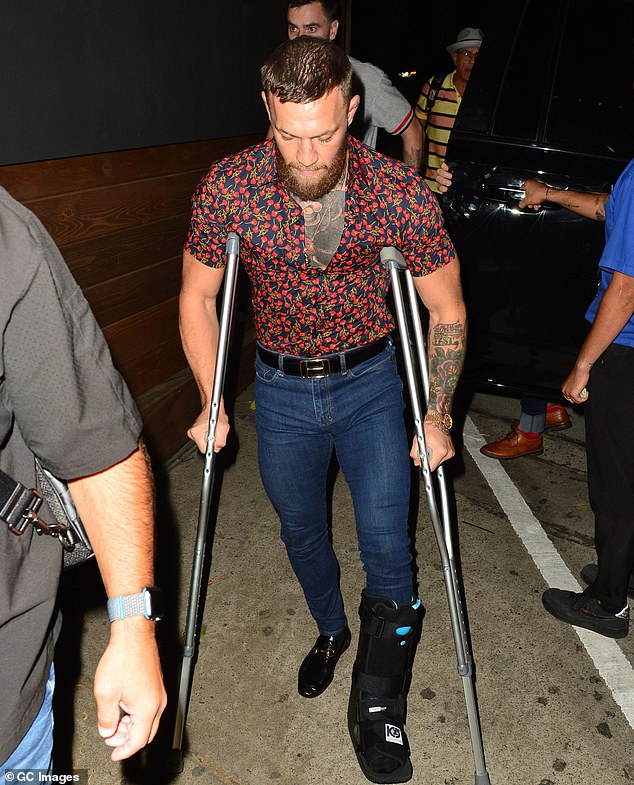 McGregor, seen above in August, has been recovering from a broken tibia in July – and a source close to him said he left the club due to his leg injury rather than being alcohol induced

TMZ have reported that a source close to McGregor told them his departure was linked to his recovery from a leg injury.

The source said: ‘Conor was with his managers and left the club early due to his leg and was really feeling some major discomfort.

McGregor suffered a serious injury in his trilogy fight against Dustin Poirier on July 10 in Las Vegas, which saw him lose via technical knockout due to breaking his tibia. 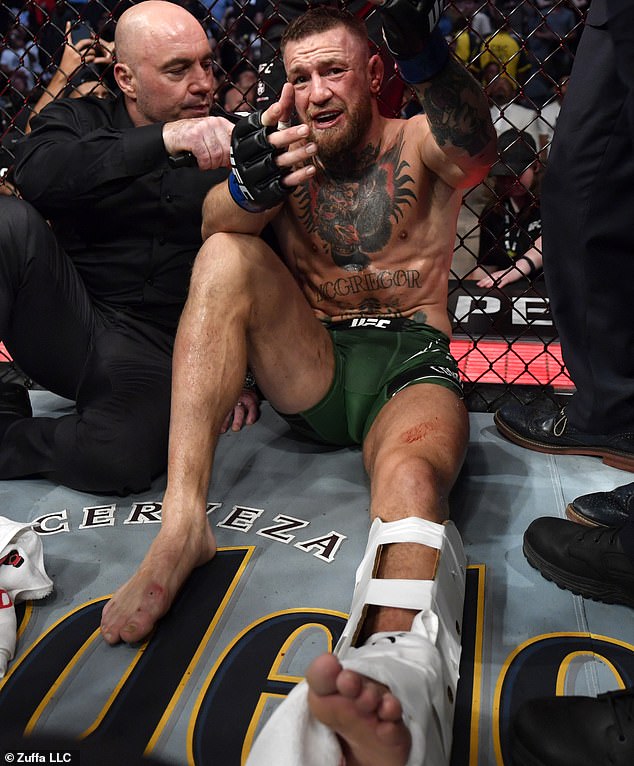 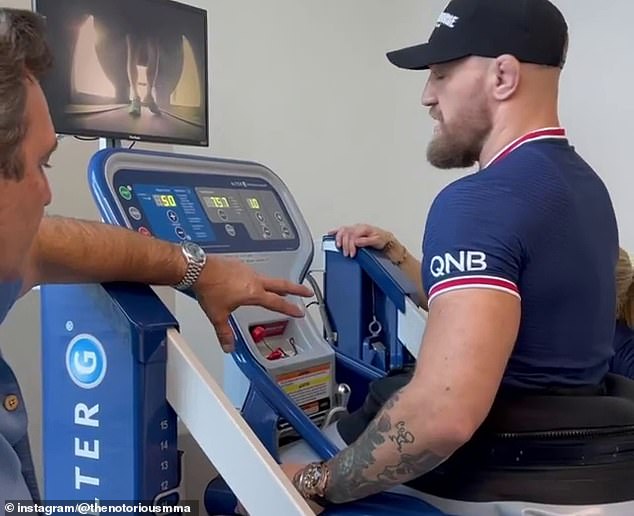 Since then, the 33-year-old has been recovering ahead of his potential return to fighting , and in late August posted a video of him walking for the first time since the horror break.

Despite his absence from the octagon, the former double UFC champion claimed last month that he was ‘salivating’ at the prospect of taking on YouTuber-turn-boxer Jake Paul after watching him beat Tyron Woodley.

He also took a swipe at his rivals on Friday, insisting ‘the claws came out’ after his freak injury and thanked UFC legend Anderson Silva for his message of support.