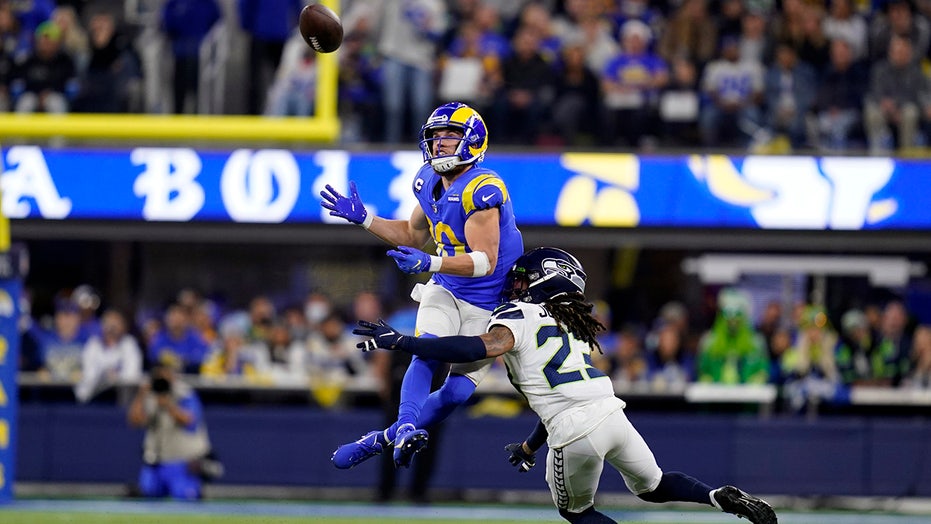 Cooper Kupp caught two touchdown passes from Matthew Stafford in the second half, and the Los Angeles Rams held off the Seattle Seahawks 20-10 Tuesday night in a rescheduled game between two COVID-19-depleted teams.

Kupp broke Isaac Bruce’s single-season Rams receptions record in the third quarter with a 6-yard TD catch that was also the 120th of his spectacular year. The NFL’s receiving leader then scored a tiebreaking 29-yard touchdown with 10:48 to play on a picture-perfect throw over the middle from Stafford to cap an 88-yard drive.

Stafford passed for 244 yards and Sony Michel rushed for 92 for the Rams (10-4) in a game postponed from Sunday, while Kupp had nine catches for 136 yards in the third straight victory for Los Angeles following a winless November. 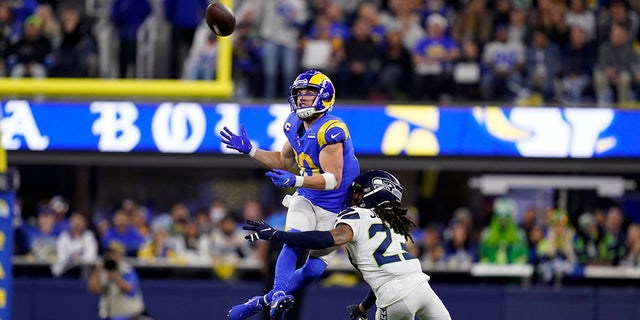 With its third victory over Seattle in 2021, Los Angeles pulled even with Arizona atop the NFC West with three games to play, although the Cardinals hold the tiebreaker on division record.

DeeJay Dallas rushed for a touchdown for the Seahawks (5-9), whose streak of nine consecutive winning seasons under coach Pete Carroll ended. Seattle is still mathematically alive for its ninth playoff appearance in those 10 seasons, but will regret losing an eminently winnable game at SoFi Stadium.

Both defenses excelled in a meeting of two teams with significant COVID-19-related absences. The Rams were without starting right tackle Rob Havenstein, leading tackler Jordan Fuller, tight end Tyler Higbee and a host of backups after 10 days of roster turmoil, while the Seahawks were without leading receiver Tyler Lockett, starting cornerback D.J. Reed and leading rusher Alex Collins.

Carlos Dunlap had three of the Seahawks’ four sacks of Stafford, who didn’t get comfortable behind a reconfigured offensive line. Seattle just couldn’t get enough late stops or big plays from Russell Wilson, who went 17 of 31 for 156 yards and underthrew DK Metcalf on a key play in the fourth quarter, allowing Jalen Ramsey to break it up. 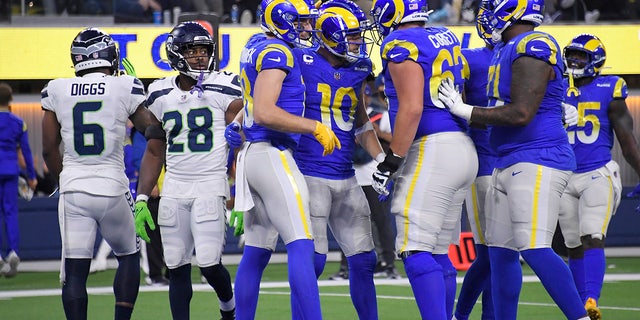 Los Angeles Rams wide receiver Cooper Kupp (10) celebrates his touchdown catch with teammates during the second half of an NFL football game against the Seattle Seahawks on Tuesday, Dec. 21, 2021, in Inglewood, Calif. (AP Photo/Kevork Djansezian)

After Kupp’s second TD, Los Angeles stopped Seattle on downs at midfield with 3:21 to play when Greg Gaines forced Wilson to throw quickly and officials didn’t call possible pass interference committed against Dallas by rookie Rams linebacker Ernest Jones. Matt Gay made his second field goal for Los Angeles with 1:51 left, and Taylor Rapp sealed it with an end zone interception in the final seconds.

The Rams hung on in a frustrating game with big performances from their remarkable quarterback-receiver combo. Kupp had his 10th consecutive game with at least 90 yards receiving, a first in the NFL in the past 70 years.

Earlier, Stafford became the fastest quarterback in NFL history to rack up 50,000 yards passing when playoff totals are included.

Neither team reached the end zone in the first half, with the Rams scoring only three points despite possessing the ball for 21 minutes and driving into Seattle’s end four times.

Quandre Diggs made his career high-tying fifth interception near the Seahawks’ goal line on the first snap of the second quarter to kill a solid drive by the Rams. Los Angeles then turned the ball over on downs 1:56 before halftime, leading to the Seahawks’ field goal and a 3-3 halftime score.

Dallas scored to cap a 75-yard drive by the Seahawks out of halftime. The Rams immediately answered with their first TD drive capped by Kupp’s historic catch.

While the Seahawks got to Stafford four times, Von Miller got his first sack with the Rams during the first half, while Aaron Donald sacked Wilson in the second half for his 17th sack in their 17 games against each other. 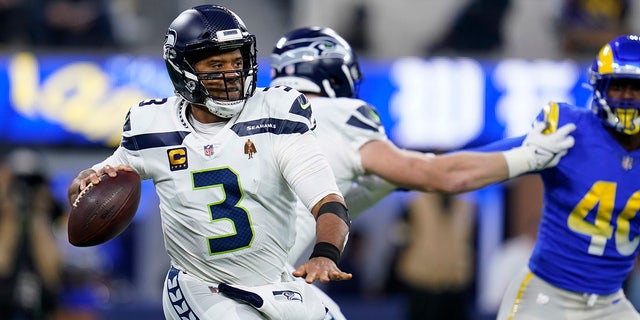 Seattle Seahawks quarterback Russell Wilson looks to throw during the first half of the team’s NFL football game against the Los Angeles Rams on Tuesday, Dec. 21, 2021, in Inglewood, Calif. (AP Photo/Ashley Landis)

Seahawks LB Jon Rhattigan injured his knee early in the second half.

Rams: At Minnesota on Sunday.