Dak Prescott threw for more than 400 yards Sunday for the second time this season as the Dallas Cowboys beat the New England Patriots in overtime, 35-29.

Prescott was 36-for-51 with 445 passing yards, three touchdown passes and an interception. Prescott’s passing yardage mark set a record for the most against a Bill Belichick-led team, the Cowboys said. 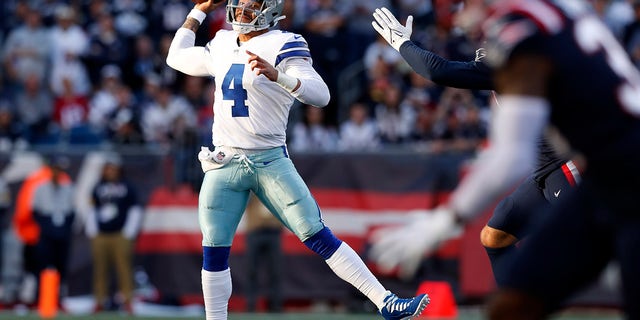 Dallas Cowboys quarterback Dak Prescott (4) throws a pass during the first half of an NFL football game against the New England Patriots, Sunday, Oct. 17, 2021, in Foxborough, Massachusetts.
(AP Photo/Michael Dwyer)

The sixth-year quarterback also hit a few other milestones in the team’s victory.

Prescott hit CeeDee Lamb for the game-winning 35-yard touchdown. It gave the Cowboys their fifth consecutive win of the season. Dallas was on the road at Gillette Stadium, and New England went punch-for-punch with Dallas in the fourth quarter. 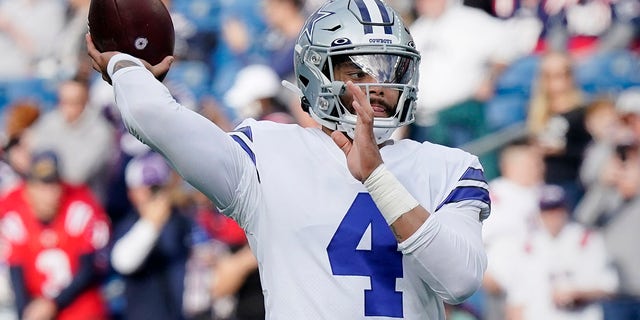 Mac Jones threw an interception to Cowboys second-year defensive back Trevon Diggs. It was the sixth consecutive game Diggs had recorded a pick, and this one gave Dallas a 26-21 lead with 2:27 left.

On the very next drive, Jones found Kendrick Bourne and delivered a bullet to the wide receiver. Bourne ran 75 yards for a touchdown, and the Patriots went up three points after the two-point conversion, 29-26.

Prescott led Dallas on a nine-play, 40-yard drive that ended with a Greg Zuerlein 49-yard field goal to tie the game with 20 seconds left in the fourth quarter.

Dallas would stop New England on the first possession of overtime, and Prescott threw the touchdown pass to Lamb to win the game. 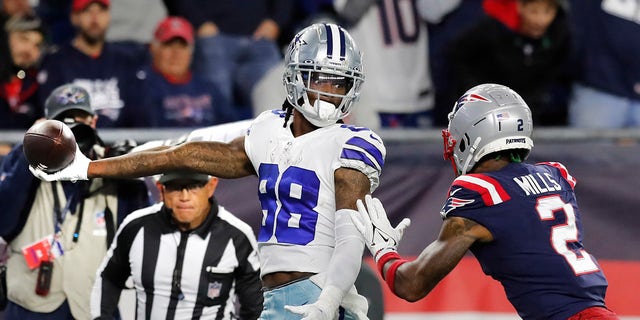 Lamb had nine catches for 149 yards and two touchdowns. Blake Jarwin had the other touchdown catch. Elliott led the Cowboys with 69 rushing yards.