Home » Sport » Cowboys' Greg Zuerlein laments missed field goals: 'If I do my job, we win that game'

Cowboys' Greg Zuerlein laments missed field goals: 'If I do my job, we win that game' 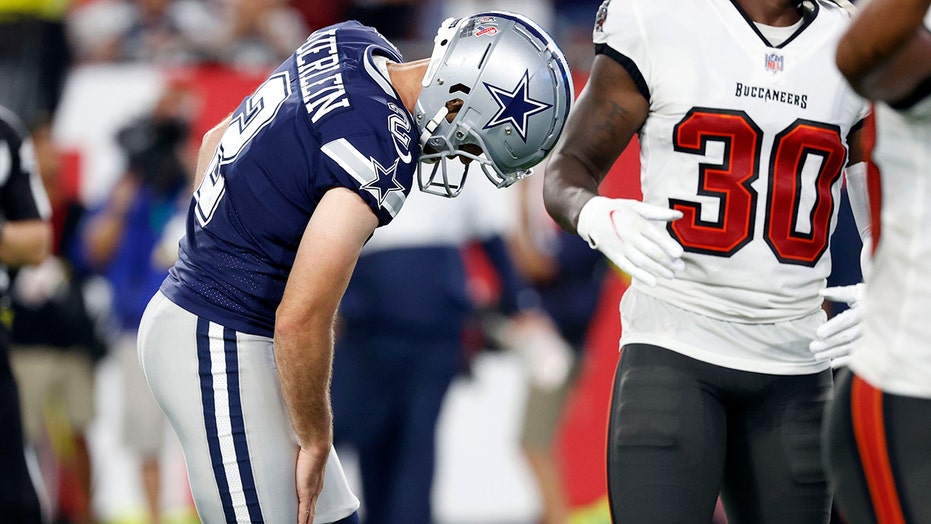 Dallas Cowboys kicker Greg Zuerlein was a bit hard on himself after the team’s 31-29 loss to the Tampa Bay Buccaneers on Thursday night.

Zuerlein missed two field goals and an extra point attempt that may have given the Cowboys the lead. He still managed to nail the field goal that put the Cowboys ahead late in the fourth quarter, but the offense let Tom Brady get too much time to lead the game-winning drive. 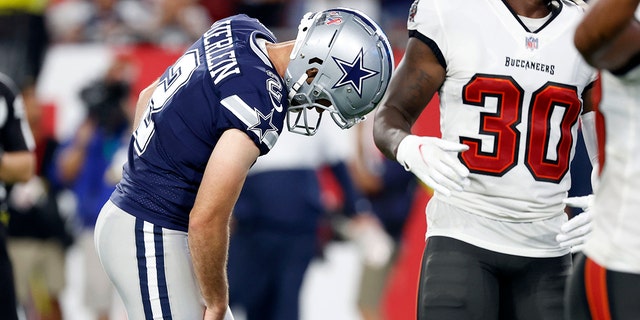 Zuerlein has been known throughout his career as being a reliable kicker – whether it was with the Los Angeles Rams or the Cowboys. Last season, he was 34-for-41 on field goals and 33-for-36 on extra-point attempts.

He was called upon to kick a 31-yard field goal that he missed and then came up just short on a long 60-yard attempt. He hadn’t made a field goal longer than 59 yards since 2015.

“No excuses. If I’m out there I should make the kicks. There’s no excuses,” he said.

“I have great faith and confidence in him, and we need him. He made the clutch, clutch kick there at the end to give us the lead before the two-minute drive by Tampa,” he said.