CRISTIANO RONALDO is arguably the most famous No7 of all time.

CR7 has completed a dramatic return to Manchester United so SunSport have unearthed his seven best goals from his first spell at the club. 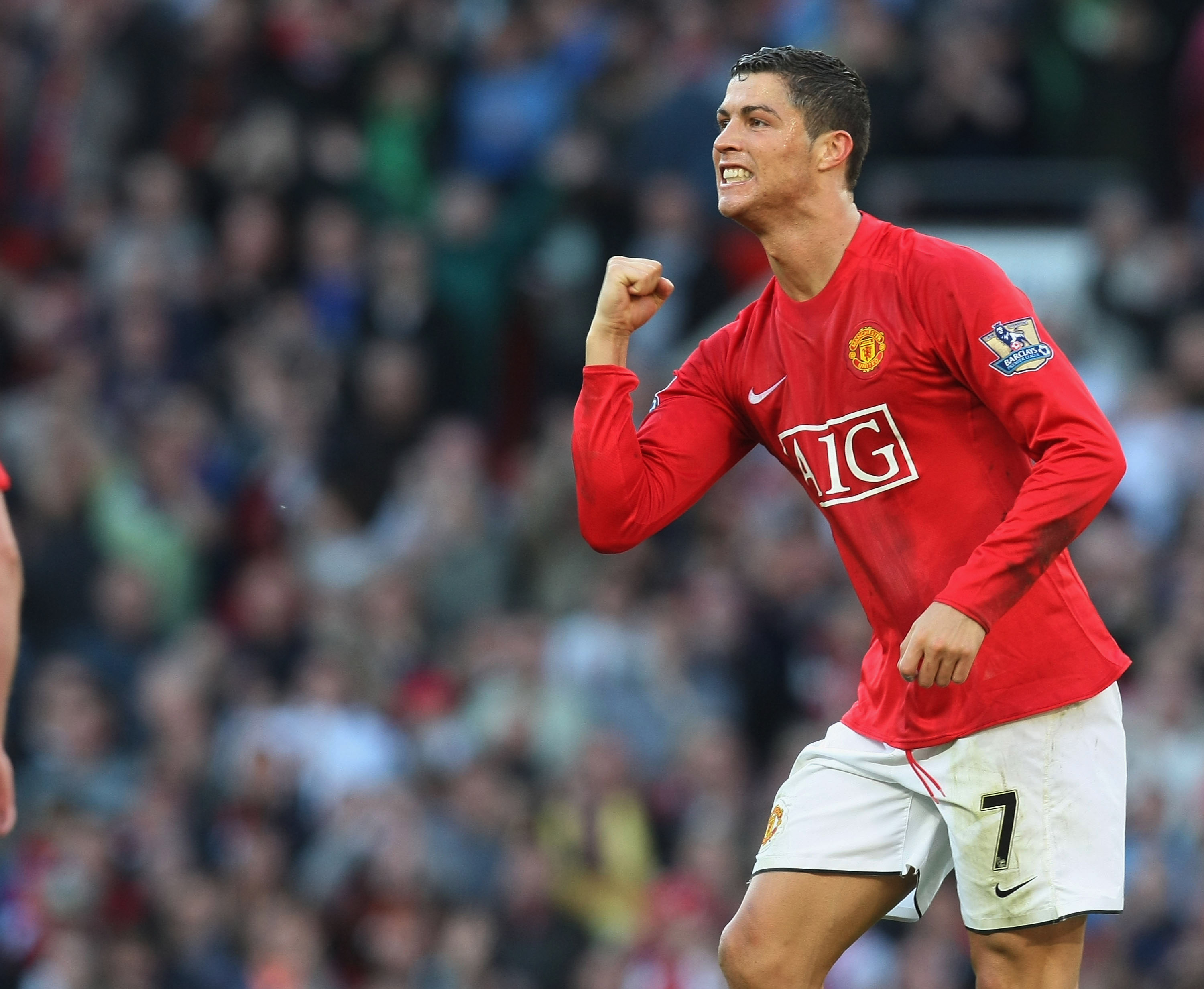 The Red Devils have re-signed one of the best players of all time for £21million from Juventus – 12 years after he left.

Ronaldo cemented himself as one of the greatest at Real Madrid after starting to curate that reputation at Old Trafford.

And here are seven of the goals that helped earn him that £85m move to the Bernabeu in 2009.

Ronnie's 'knuckleball' technique has since been copied (or attempted) by hundreds of pros and millions of amateurs worldwide.

And this effort against Pompey – surely his most famous United goal – made sure people never forgot it was his. Scorcher.

Rooney to Scholes to Ronaldo. What a combo. What a trio.

And what a header from Ronnie.

Champions League, in Rome, ball dinked up in the air by Scholes, Ronaldo leaps like a salmon to power it into the bottom left corner.

A thing of beauty.

Cometh the hour, cometh the man.

The Champions League final in Moscow is remembered mainly for John Terry's slip in the penalty shoot out.

But before the game went to pens, the Portuguse had produced one of his final aerial moments in a United shirt.

Another gravity-defying leap, a pin-point accurate header and Wes Brown was the provider, of all people.

Forty yards. That is how far out Ronaldo was when he thundered this sublime effort into the top left corner in his homeland.

Six minutes into the game, goalkeeper Helton nowhere near it, United through to the Champions League semi-finals against Arsenal.

And here he is again, just weeks later, proving that his prowess from long distance is in no way a fluke.

Champions League semi-final at the Emirates, wallops a free-kick from 35 yards then starts and finishes a devastating counter-attack which began in his own half.

Two for the price of one in that game.

Arguably the goal that made people sit up and realise he could be the real deal.

Ronnie's dazzling run from inside his own half left Fulham's defence bamboozled before he slammed the ball in the bottom right corner.