CRISTIANO RONALDO proudly showed off his Guinness World Record certificate for becoming the greatest men's international goal-scorer of all time – and immediately vowed to keep adding to his tally.

Manchester United's returning megastar hit the headlines again this week after stunning 'Fergie time' double against Ireland took him to a staggering 111 goals for Portugal in 180 games – just about a goal every one-and-a-half games. 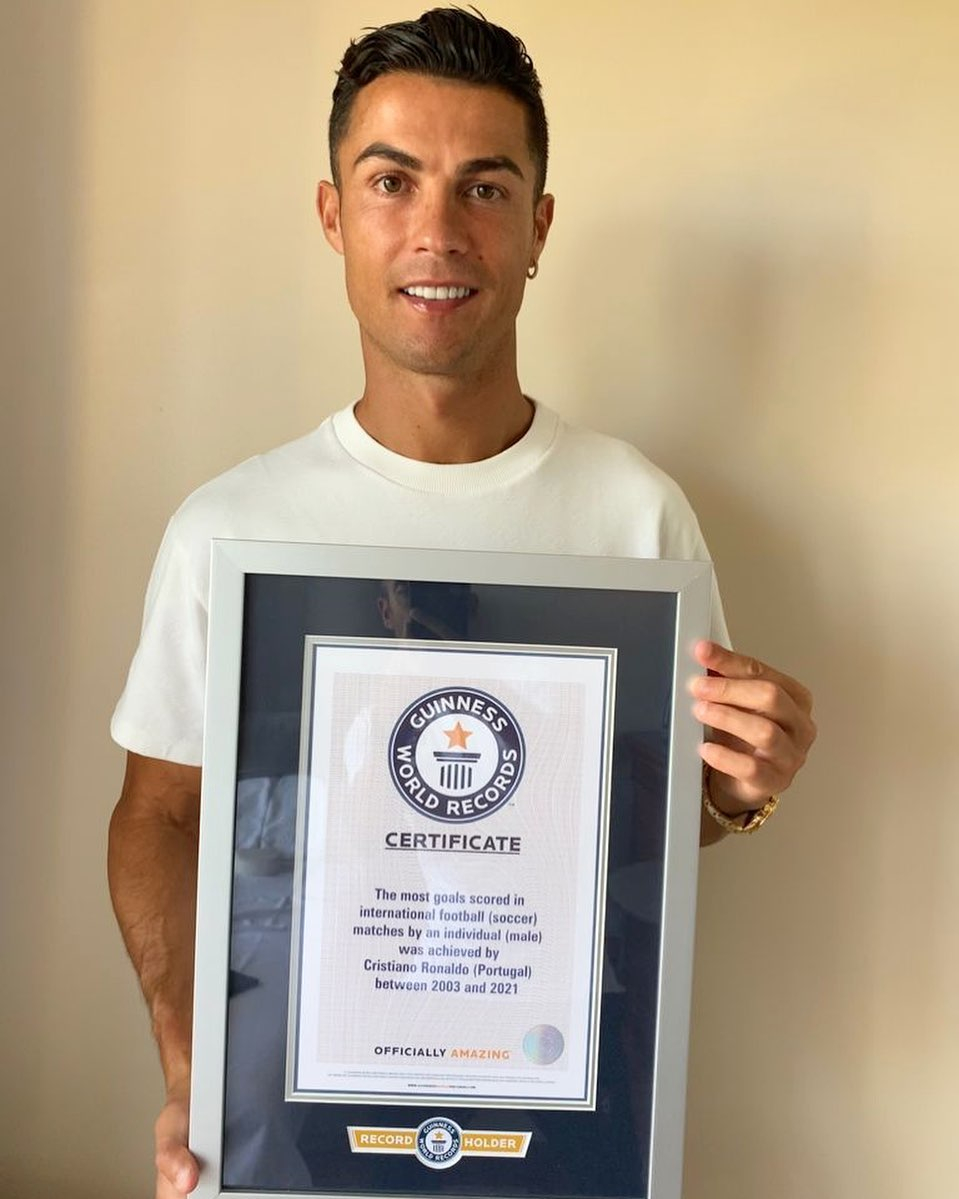 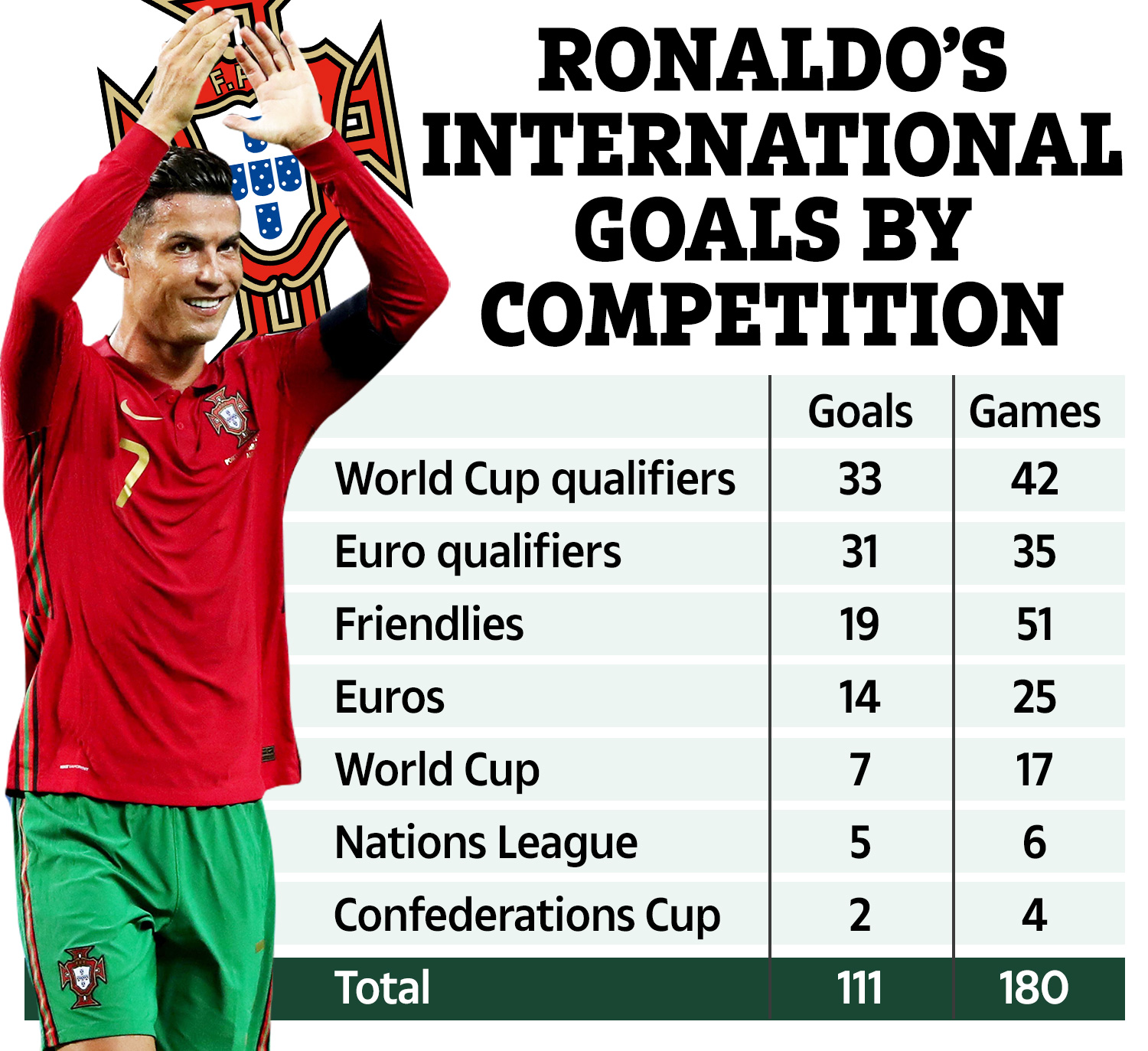 Ronaldo, 36, scored late on in Wednesday's 2-1 World Cup qualifying win over Republic of Ireland to etch his latest entry into football's history books.

He posted an image of himself on Instagram with his certificate, and wrote: "Thank you to the Guinness World Records. Always good to be recognised as a world record breaker. Let’s keep trying to set the numbers even higher!"

That will not be this week, however, as Ronaldo has been released from international duty after a yellow card for his wild shirtless celebrations saw him banned from next week's clash with Kazakhstan.

Ronaldo and his family have now headed to Manchester ahead of his highly-anticipated second debut against Newcastle on September 11.

When Ronaldo posts the world watches, as the Portuguese has a staggering 337million followers – a record in itself as it makes him the most-followed person on the photo-sharing app platform.

Within nine hours of adding his latest photo to Insta his post had about 12.5 million likes and nearly 122k comments.

The former Real Madrid and Juventus icon could even afford the luxury of missing a penalty against the Irish before he powered home two very late headers to beat retired Iran striker Ali Daei's 109-goal record.

Daei, 52, had held the record since overtaking the late and great Hungarian Ferenc Puskas in 2003.

The Iranian did not net his goals in matches in anything like comparablesignificance to Ronaldo, who hit five to be top-scorer at Euro 2020, and three on the way to leading Portugal to Euro 2016 glory.

SunSport has carried out an analysis of Ronaldo's international goal-scoring exploits which revealed he has 21 goals in 42 games at World Cups and European Championships, dispelling the myth he is a flat-track bully.