Ronaldo was practicing a free kick when he booted the soccer ball over the crossbar and it hit the stadium worker in the back of the head. She immediately fell to the ground. 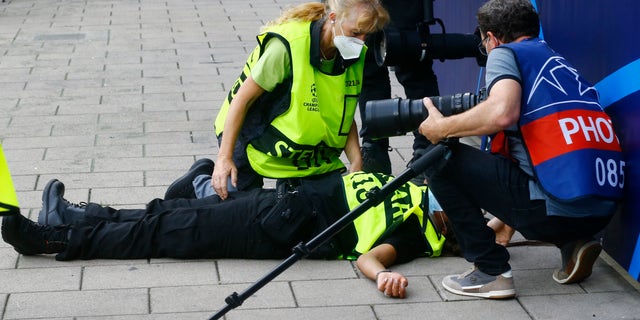 Soccer Football – Champions League – Group F – BSC Young Boys v Manchester United – Stadion Wankdorf, Bern, Switzerland- September 14, 2021 A steward lies on the floor after she was hit by a ball from Manchester United’s Cristiano Ronaldo during the warm up before the match REUTERS/Arnd Wiegmann 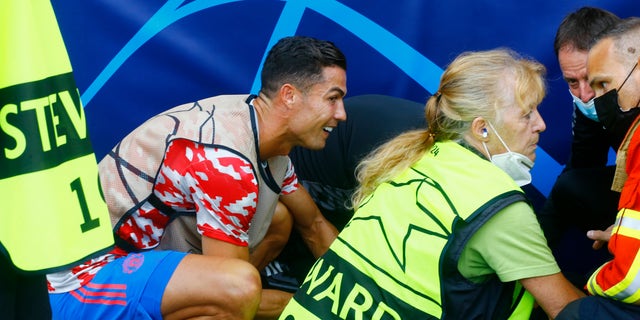 The woman was on the ground for a few minutes, and that’s when Ronaldo went over to her to check and see if she was OK. The steward eventually came back up to her feet with security guards and Ronaldo nearby.

Ronaldo gifted the woman one of his No. 7 jerseys as an apology.

In the 13th minute of Manchester United’s game against BSC Young Boys, Ronaldo scored a goal to put his side up 1-0. However, the opposition managed to score two goals to come from behind and upset one of the Premier League’s top teams.