STEWARDS guarded Cristiano Ronaldo from a pitch invader after a fan lobbed a Coca-Cola bottle at the Portugal hero.

Ronaldo was also pelted with cups when celebrating his second successful penalty as a 2-2 draw with France earned a Euro 2020 last-16 tie with Belgium. 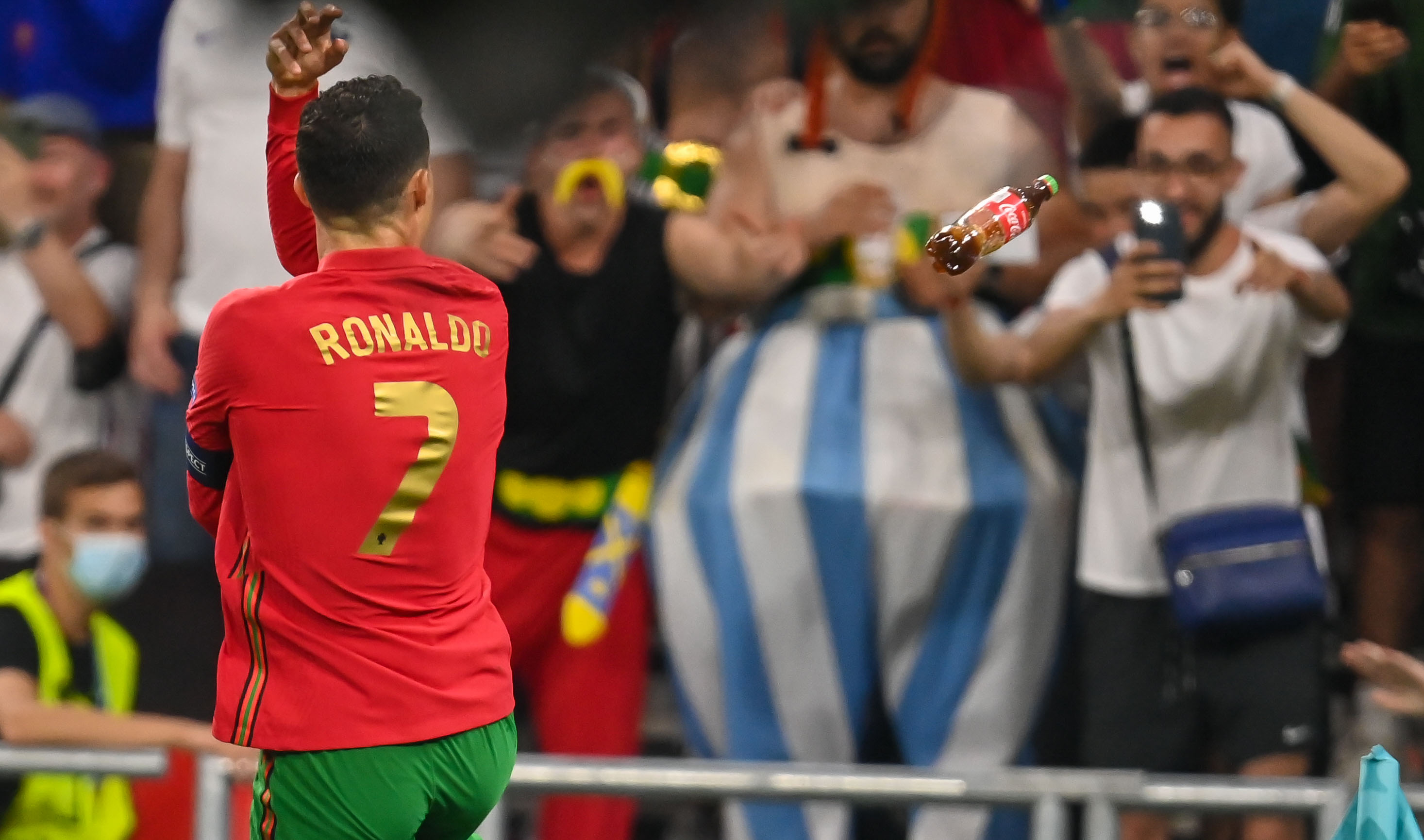 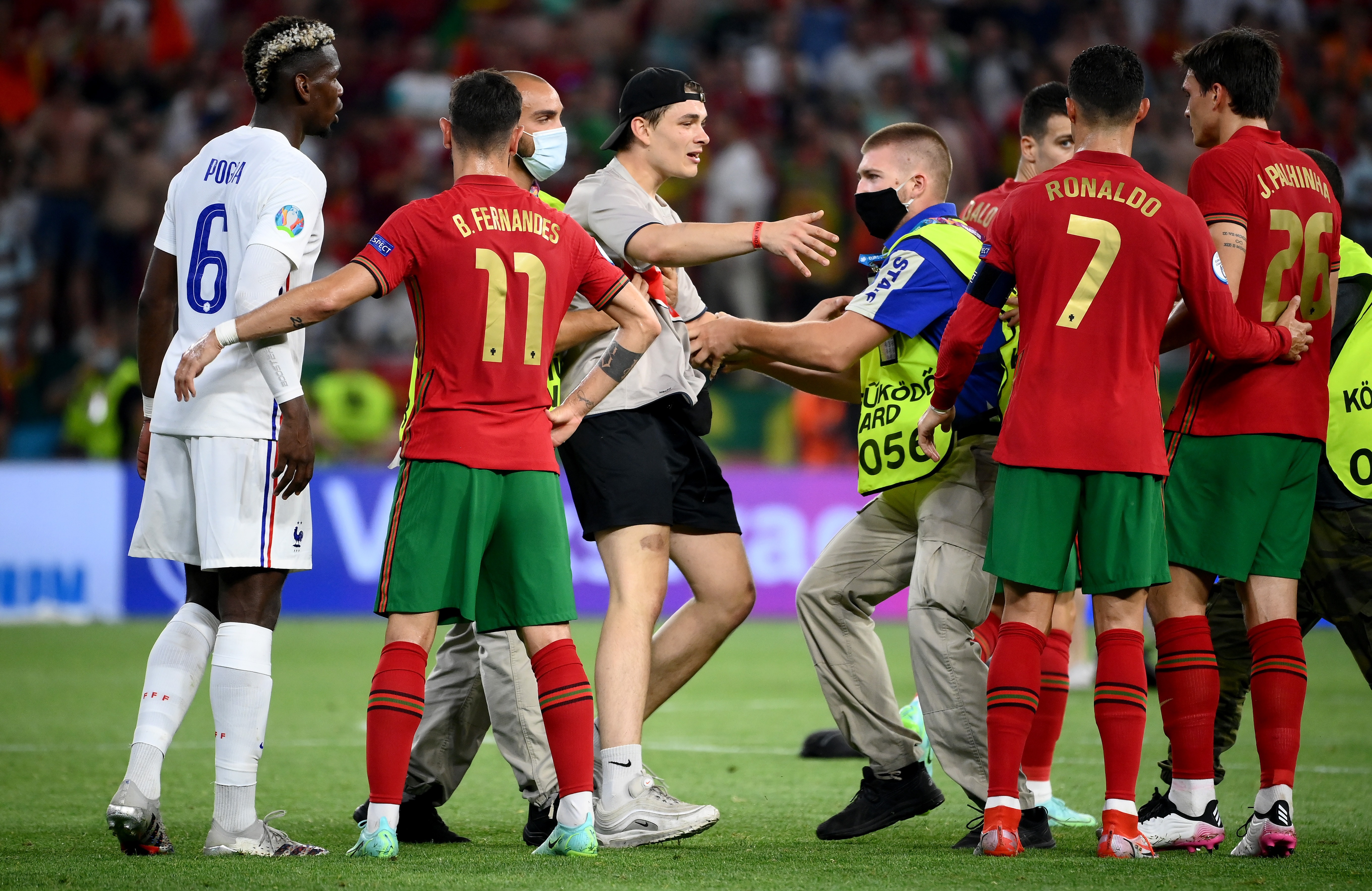 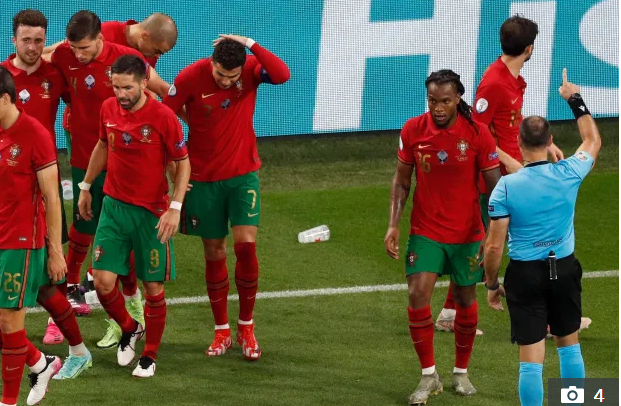 And Budapest security staff later intervened after a supporter came on – while Ron stayed alert as he spotted a bottle hurtling towards him.

It comes a week after the Juventus legend removed two Coca-Cola bottles from a press conference table to spark a row over sponsorship.

But after France's Paul Pogba followed suit, by taking a Heineken bottle off a table, Uefa warned teams not to block sponsors' products.

Ronaldo rubbed his back after appearing to be hit by cups, following a spot-kick that completed the scoring amid a gripping Group F finale.

The former Real Madrid and Manchester United frontman had extra reasons to rejoice at scoring that second goal.

It took him past Miroslav Klose's record for major tournaments of 19 goals.

And it levelled him up with Iran's Ali Daei on 109 goals at the top of the list for all-time top international scorers.

But Ron had to cut short his customary pirouette goal celebration due to the cups landing on him.

He then angrily turned to face the fans before carrying on his rejoicing – just one of many dramatic scenes in a compelling finale to Group F. 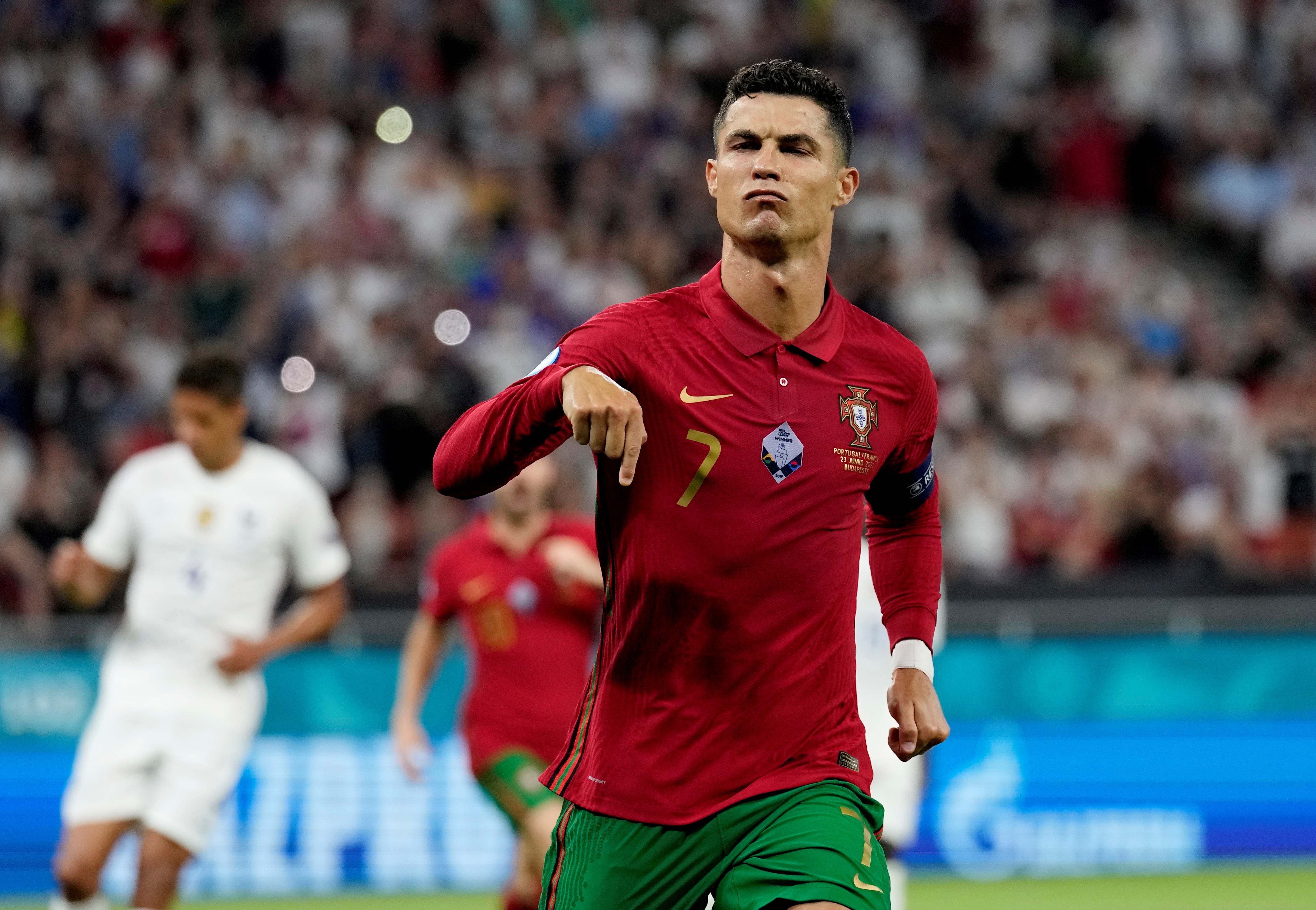 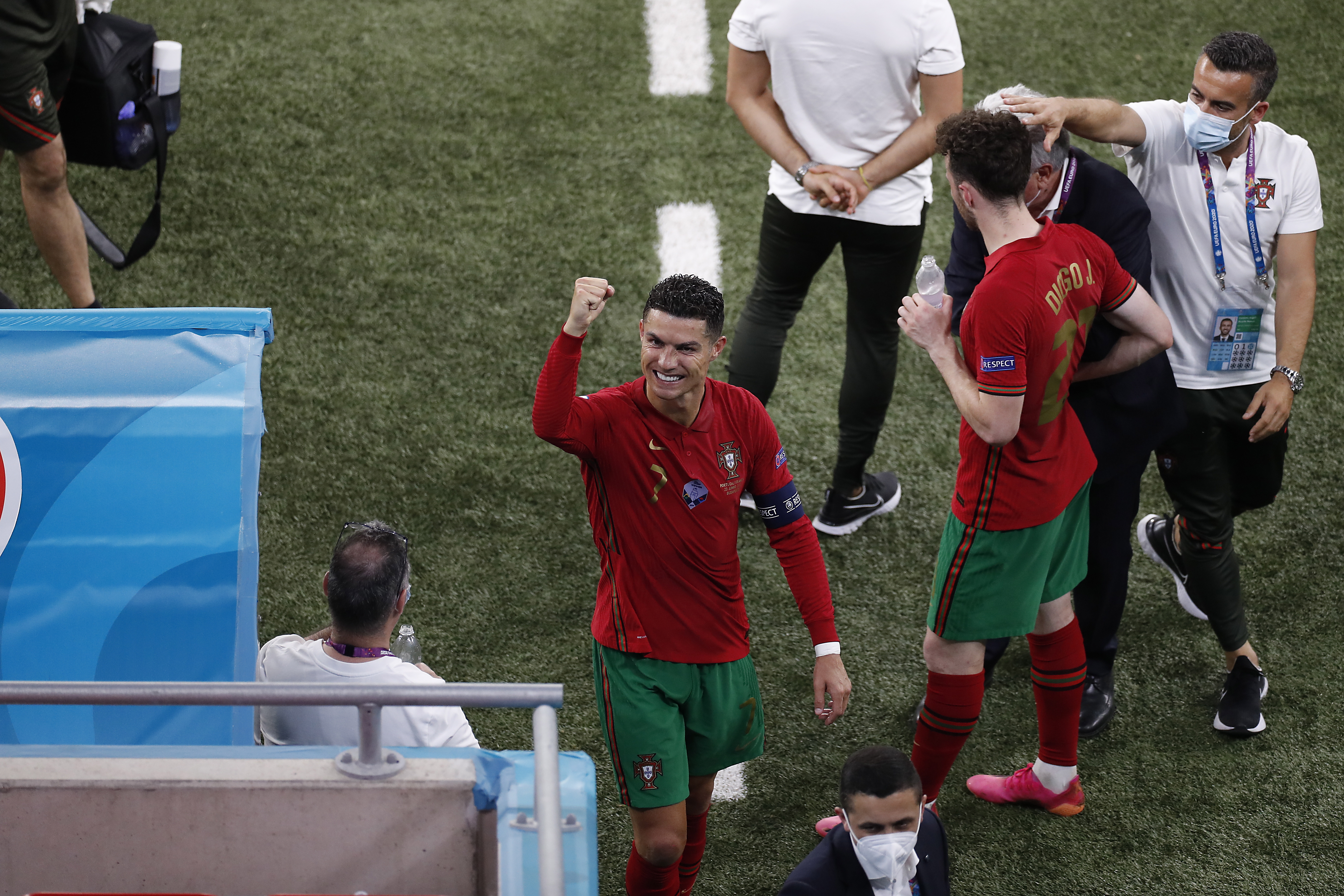