AN UNFORTUNATE amateur cyclist was left in agony, after falling off his bike into a cactus bush in Buenos Aires.

Diego Moreno was riding at the back of a pack of three in the City Park area, when the horrible incident occurred. 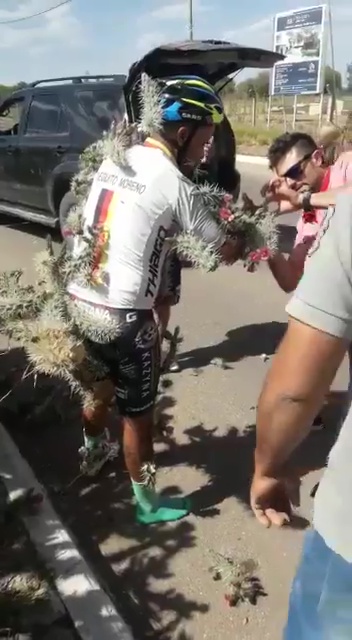 One moment he was cruising along as normal, before he found himself tumbling into the spikes the next.

The unlucky rider then had to have THOUSANDS of thorns removed from his body.

Moreno told local press: "We were going with three more cyclists, I was last in line.

"I didn't see a small crater in the asphalt and I hit the pothole.

"Thank god I was wearing glasses and a helmet and I didn't injure my face or head.

"Because the way the spines got embedded in me, it could have blinded me."

After the help of passersby and well-wishers, Moreno was taken to hospital.

When the video appeared on social media, users winced as they saw Moreno's plight. 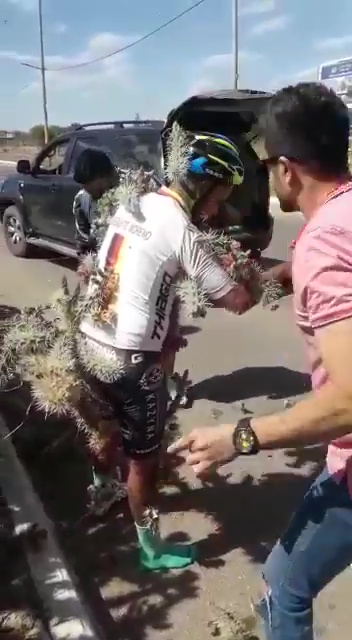 One wrote: "Can hardly watch!"

Meanwhile, a mortified Twitter user added: "His poor a**!"