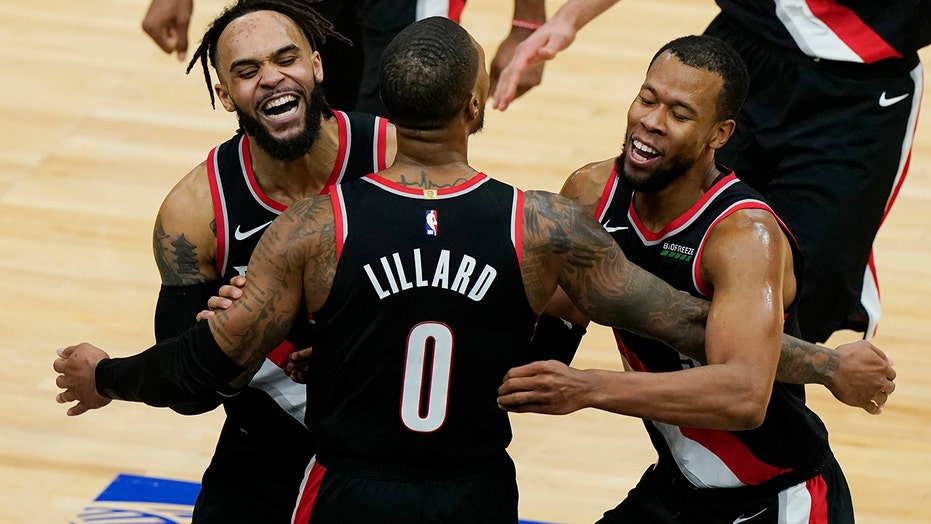 Damian Lillard has proven time and time again he has ice in his veins.

The Portland Trail Blazers star did it again Saturday night against the Chicago Bulls.

Portland was down two points with 6.2 seconds remaining. On a jump ball on their side of the court, Robert Covington managed to get the ball to Lillard. The point guard dribbled to his right and shot a fadeaway three-pointer to win the game and it went through the hoop.

“I think this one is special because in these situations, where we are down five with I think 11 seconds left, those are moments where the winning team thinks they have the game pretty much wrapped up and the opposing team is discouraged,” Lillard said after the game.

“(The coaching staff) will all tell you I am the most ambitious person in the world. They take me out when we’re down 10 with 15 seconds left and I am coming out of the game (ticked) off. In my head, I play out every situation how we can somehow come out on top. This is special because it usually never works out how I see it in my head.”

“I know what Dame is going to give you. He’s going to give his effort. He never quits. No matter how far we are down he always believes we have a chance to win, and that attitude, that confidence is infectious,” he said.

The Bulls blew a five-point lead with 32.1 seconds remaining. When it came to the jump ball, Bulls coach Billy Donovan said he thought the whistle blew too early.

“It was about as quick as a jump ball as I’ve ever seen. You can’t challenge that. I didn’t think it was a really good call at that point and time,” he said. “Listen, we have to be stronger in those situations. I could’ve helped a little more by possibly calling a timeout to advance the ball.”