As it was officially announced on Monday morning that Lampard had been sacked by the Blues, Drinkwater posted a picture on his Instagram story which showed him celebrating. 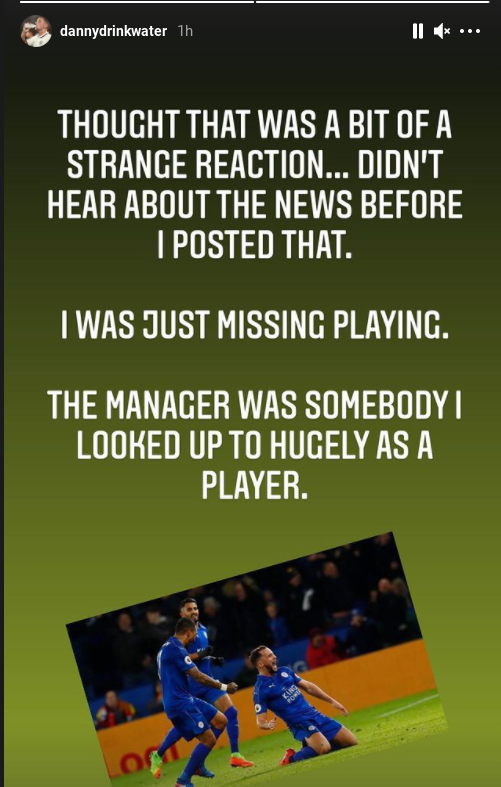 Due to the unfortunate timing of the post, Drinkwater then removed it and posted an explanation.

He told his followers: "Thought that was a bit of a strange reaction.

"Didn't hear about the news before I posted that. I was just missing playing.

"The manager was someone I looked up to hugely as a player."

Drinkwater has not featured at all under Lampard, but had been out of favour at Stamford Bridge since before the club legend even took over.

The ex-Leicester midfielder has not played for Chelsea in the Premier League since the 2017-18 campaign.

Since then, he has been out on loan at Burnley and also played for the Blues' Under-23's side.

Earlier this month Drinkwater moved out on loan again, this time to Turkish side Kasimpasa until the end of the season.

However, he may miss out on making his debut tonight due to a freak swimming pool injury.

Meanwhile back at the Bridge, former PSG manager Thomas Tuchel is the favourite to succeed Lampard.