David Marshall joining Derby in transfer from financially-crippled Wigan to get £12,000-a-week wages off bill

Marshall, 35, will move to the Rams as number one and fill their problem position after being cleared to leave. 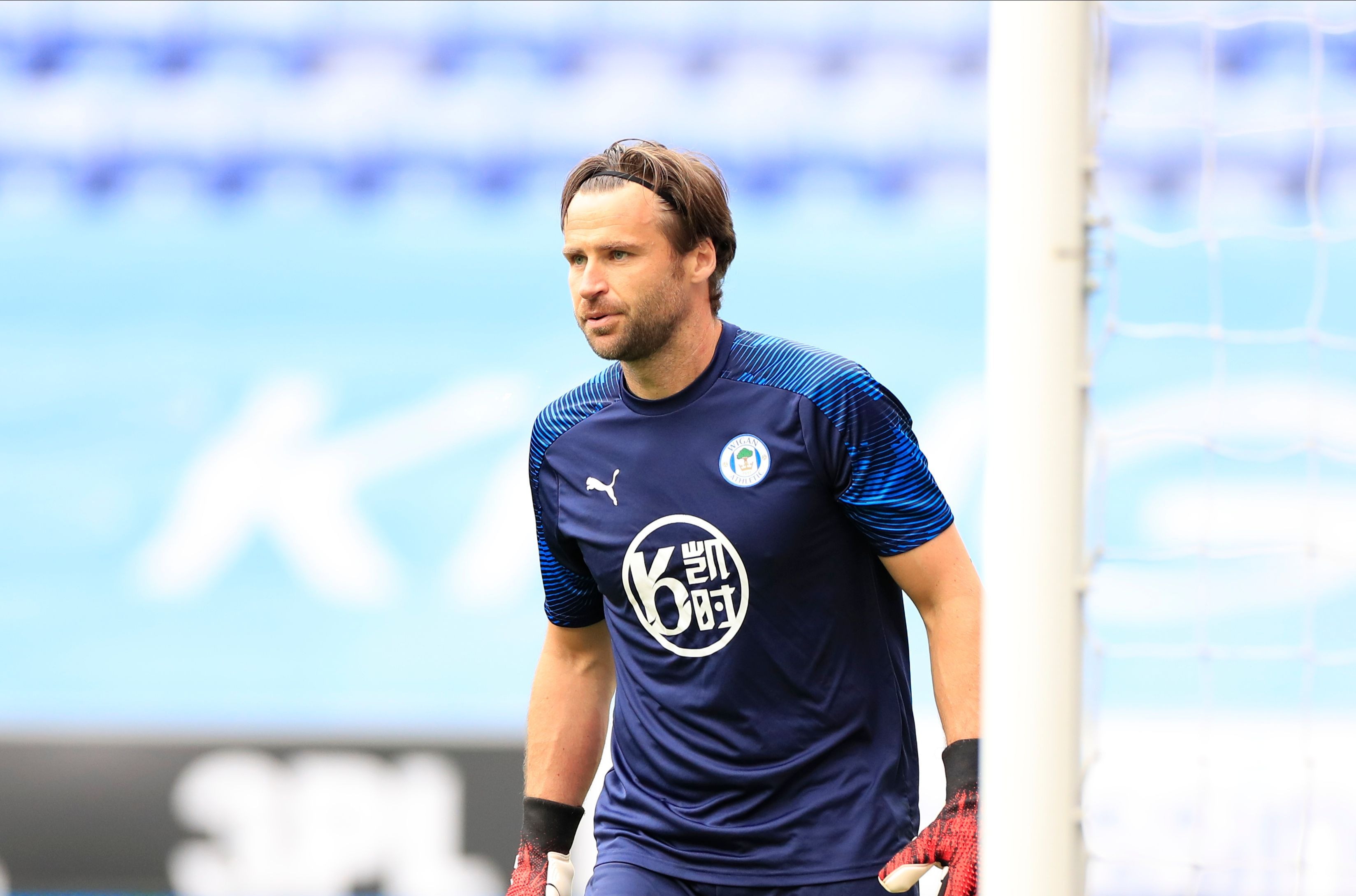 Latics will get a small sum for Marshall.

And they will also lose his £12,000-a-week wages that did not drop after relegation.

Marshall was in top form for Wigan in their ill-fated run-in.

And he was keen to stay in the Championship for his international career.

Derby want his experience for their own promotion campaign.

And he also comes within their budget.

West Brom also fancied Marshall but only saw him as second choice.

And the opportunity of guaranteed game time with the Rams made them the more attractive option.

Marshall began his career at Celtic before moving south of the border to Norwich in 2007 following a loan spell.

He went on to spend seven years at Cardiff and a further three at Hull before joining Wigan last summer.