IT’S a truth universally acknowledged that if David Moyes had never been Manchester United boss, he’d now be odds-on favourite to be their next manager.

And while Ole Gunnar Solskjaer has enjoyed so many stays of execution he is likely to hold a loyalty card from the chef who cooks last meals on Death Row, 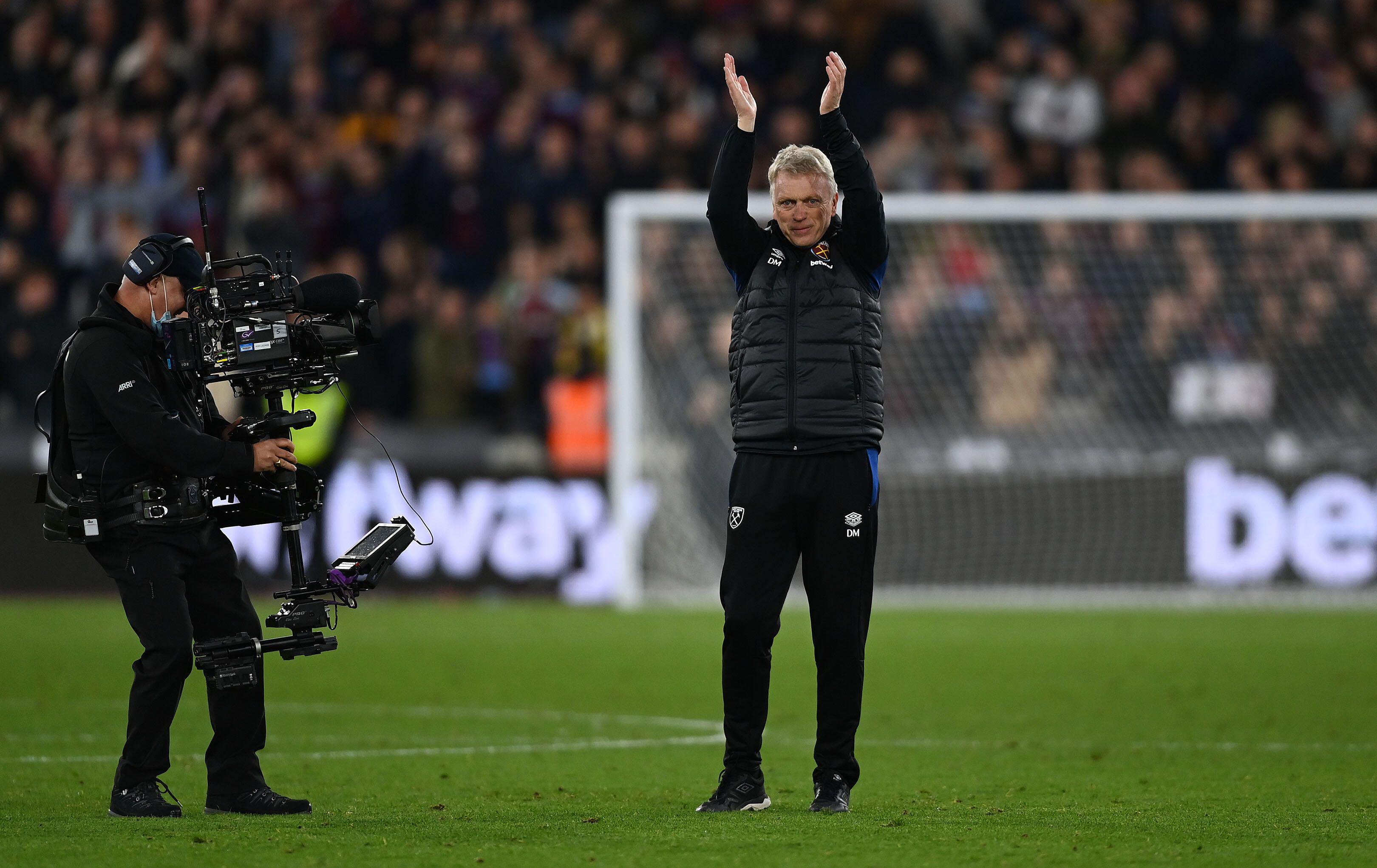 Moyes was toast within ten months at Old Trafford.

This season, the 58-year-old Scot could serve up a cold dish of revenge by leading West Ham into the Champions League at the expense of his former employers.

Manchester United have a superior squad with an inferior manager, while West Ham possess more limited players who work their conkers off and are lethal from set-pieces and counter-attacks — the hallmarks of a group being properly coached and motivated.

So while it is more pertinent to ask why United didn’t appoint Mauricio Pochettino or Antonio Conte when they could and should have done, it’s also fascinating to wonder what might have happened had Moyes been given more time.

Back in that dismal 2013-14 campaign, when Moyes bombed as Sir Alex Ferguson’s replacement, most of us went along with a narrative emerging from United’s players. There were many dressing-room leaks from disgruntled players complaining that Moyes had taken his Everton backroom team and his Everton methods and tried to apply them wholesale to an elite team.

But what if that team of experienced winners Moyes inherited from Fergie had bought into their new manager’s approach, rather than adopting a superiority complex and spending that season sulking and carping about the good old days?

Would United still have drifted as they have for these last 8½ years?

Perhaps Moyes is simply an outstanding manager at a certain level — the level of Everton and West Ham — and could never excel with world-class players.

But what would the Old Trafford faithful give right now for a team as intelligent and hard-working as Moyes’ West Ham.

Leicester won the 2015-16 title with a dynamic, workaholic, counter-attacking team and while West Ham are unlikely to match that — the top three clubs are far stronger this season, than in that one — they are certainly capable of Champions League qualification.

There has genuinely never been a better time to be a West Ham fan.

When they ‘won the World Cup’ in 1966, a team including Bobby Moore, Geoff Hurst and Martin Peters finished 12th.

When they secured their best-ever league finish of third in 1986, West Ham were 16th the previous season and 15th the year after.

Moyes is building sustained, historic success — despite having walked into a club where the supporters hated the owners and the stadium.

Qualifying for the Europa League is supposedly a curse but Moyes has embraced it and his team are thriving in three competitions, having knocked both Manchester clubs out of the Carabao Cup. 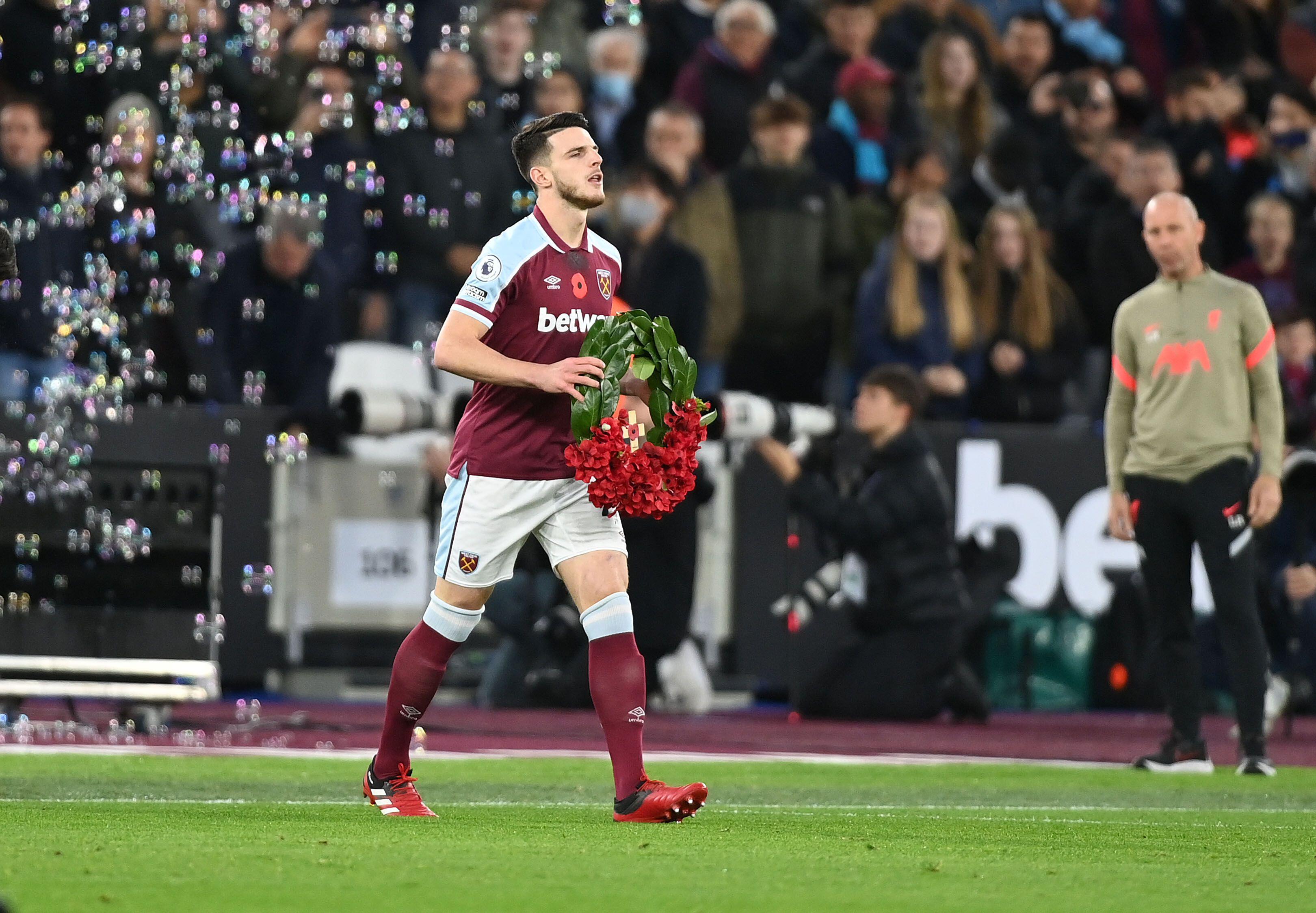 And this is not merely a manager who does the basics brilliantly. The Scot also reinvents footballers.

He had the vision to transform Marko Arnautovic into a fine centre-forward during his first spell at West Ham and has done the same with Michail Antonio this time.

While there was debate about whether Declan Rice was a centre-back or a holding midfielder, Moyes is developing the England man into a box-to-box player with an eye for goal.

Moyes has a relentless drive for improvement.

After last weekend’s 4-1 away thrashing of Aston Villa, he announced himself dissatisfied with his team’s performance.

Seven days later, in Moyes’ 1,001st game as a manager, he enjoyed one of his most significant results — ending Liverpool’s 25-game unbeaten run and leapfrogging Jurgen Klopp’s side into third.

It was a performance which epitomised Moyes’ work and suggested his approach really might take West Ham beyond last season’s excellent sixth-place finish.

And while the Hammers have bought brilliantly under Moyes, they are not resting on their laurels, with highly-regarded Rob Newman arriving from Manchester City as the club’s new head of recruitment.

This is another stark contrast with United’s scattergun spaffing of cash.

Whether Moyes could have succeeded at Old Trafford will always remain a hypothetical question.

But the more he achieves at West Ham and the more Solskjaer stuffs things up in Manchester, the more  fascinating that question becomes.

THERE is a feeling among several players who have worked under Eddie Howe that while he is excellent working with a young, compliant group, he struggles with more experienced and opinionated players.

That theory will now be put to the test in a relegation battle at the wealthiest club on Earth.

And should Howe, 43, keep Newcastle up this season, it will then be tested even harder when Geordie Arabia starts welcoming genuinely elite players. IT always seems like a good idea for an under-achieving club to appoint a former title-winning manager.

So Tottenham fans are rightly pleased about the arrival of Antonio Conte.

Yet look at the bosses who’ve joined other Premier League clubs after winning it this century.

The common denominator? It has always ended in tears. AFTER venturing into the third-tier Europa Conference League at Tottenham last week, I realised that the new competition is so low-grade that Uefa can’t even be bothered to employ their beloved VAR in it.

Surely if Spurs win the thing, they won’t have the brass neck to claim it as a first ‘major’ trophy since 2008? ALEKSANDAR MITROVIC netted his 20th goal in the Championship this season the day after Bonfire Night.

Cue everyone parroting the old line that Fulham’s Serbian hitman will never be a success in the Premier League.

But if Mitrovic ever plays in a decent top-flight side, with a manager who believes in him — a luxury he has never been afforded — this fella could score any number of goals. 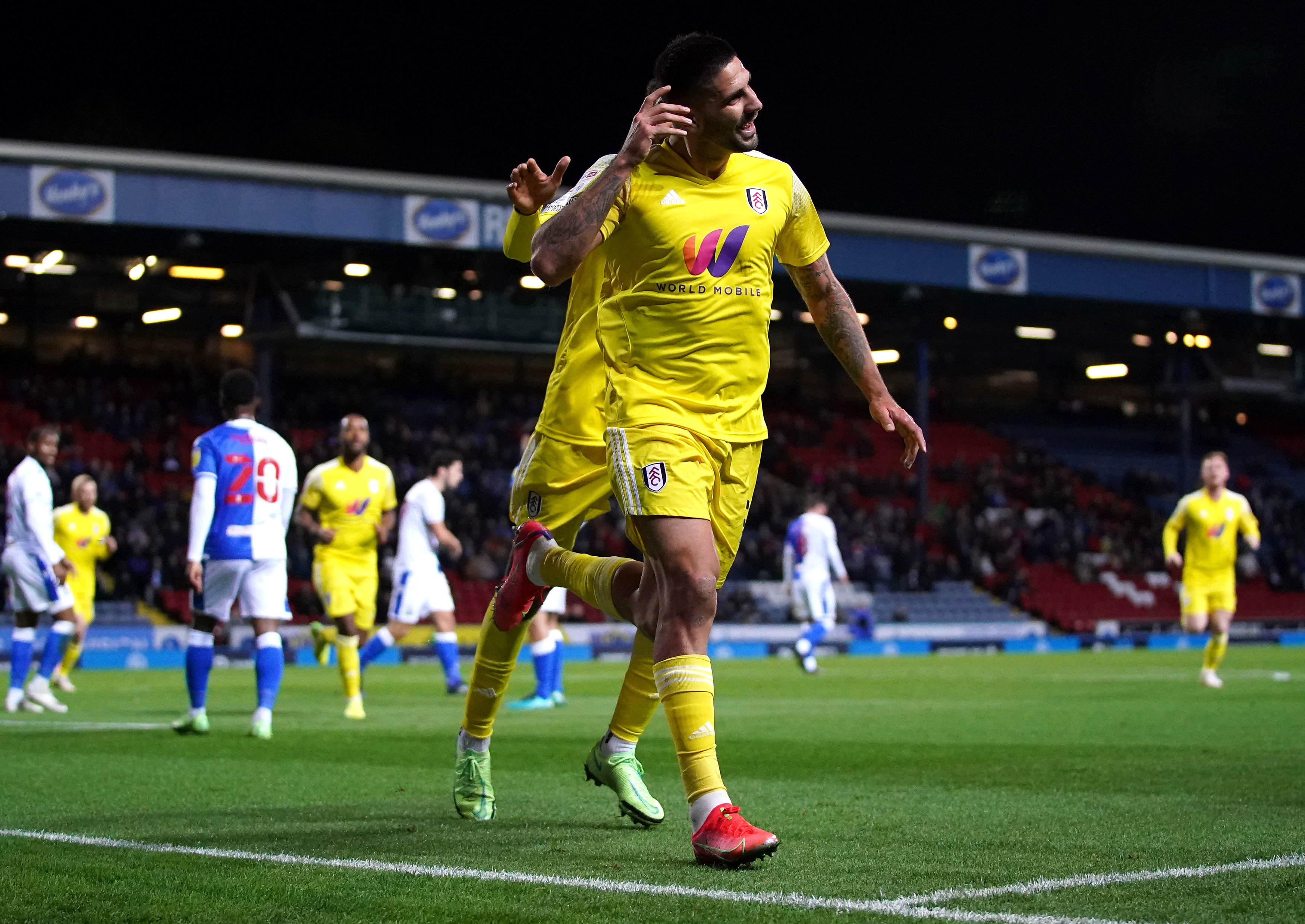 Be, David, Moyes, nailed, On, would
Celebrities