David Smith is remarkably candid about his sporting ability, which you can take as gold medal self-deprecation after claiming his third Paralympic title.

“I swim like a brick, I can’t run, I’d be rubbish at goalball, useless at sitting volleyball and my team-mates can tell you I’m absolutely crap at table tennis,” he said.

However, in boccia he happens to the greatest British player of all-time, becoming the first in history to defend a title in the BC1 classification, a fifth medal in four Games appearances.

Smith, with his trademark red and blue Mohican, is the dominant force in his sport, though he came through a tense final with Malaysia’s Chew Wei Fun to earn this gold.

So he is the Lionel Messi of boccia?

“I think I’m more like Ronnie O’Sullivan or, perhaps, Ronaldo,” he jokes. “I like to be creative and I always want to put on a show. I like to play well but I also prefer to win.”

Smith made his debut in Beijing alongside his mentor Nigel Murray, whose four Paralympic medals he has now surpassed. You need to be a ruthless and shrewd tactician in this game and when he found himself behind early in his final, Smith simply outthought and outwitted his rival, getting inside his head and forcing him to make mistakes. It was a world-class exhibition of the power of mind games.

But for the first time he got a little emotional at the winning moment.

“My Grandad Charlie passed away when I was about 16 and he never got to see all the things I became afterwards, I just had a weird feeling when I came out on court that he was there somewhere, that’s what the tears were for. 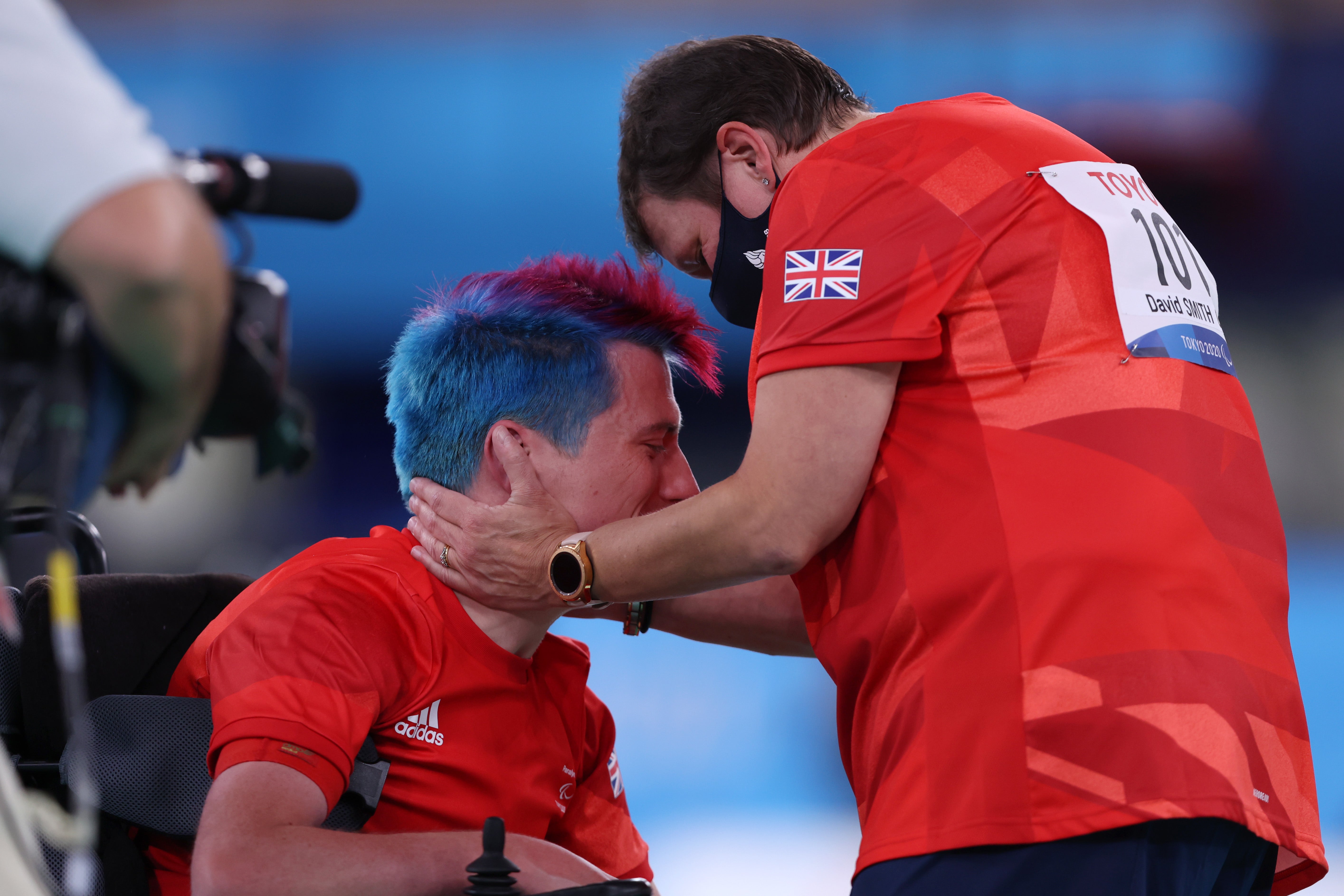 “There are a lot of things going on in my head at the moment, becoming the first BC1 to defend a Paralympic title and becoming the most successful British player of all-time.

“You try not to think about it but it does matter, I do care about stuff like that. This is such a great sport and I just feel we are getting the recognition we deserve here, that makes me feel a bit emotional.

“The standard has been nuts, everyone has been locked indoors for the pandemic and they are coming out here and bashing it out the park. I feel like I’ve had about seven finals. It’s just been so tough, I’ve never known it like that.”

Jonnie Peacock said his 100m final – in which the first four athletes across the line were separated by just three hundredths of a second – was the greatest 11 second advert for Paralympic sport possible.

And so was this, though it lasted an equally attention-grabbing 49 minutes, an example that there’s a sport for everyone at these Games.

“My message is people should have a go – you don’t have to be disabled to play boccia,” added Smith. “Although you can certainly expect the disabled guys to kick your arse.”

Sainsbury’s is a proud supporter of ParalympicsGB and a champion of inclusive sport for all. Sainsbury’s commitment to helping customers to eat better has been at the heart of what we do since 1869. For more information on Sainsbury’s visit www.sainsburys.co.uk/ and https://paralympics.org.uk/