Mistress Estée, who hands out a good thrashing herself, claims she held the kinky session with the elite player at her red-walled dungeon. 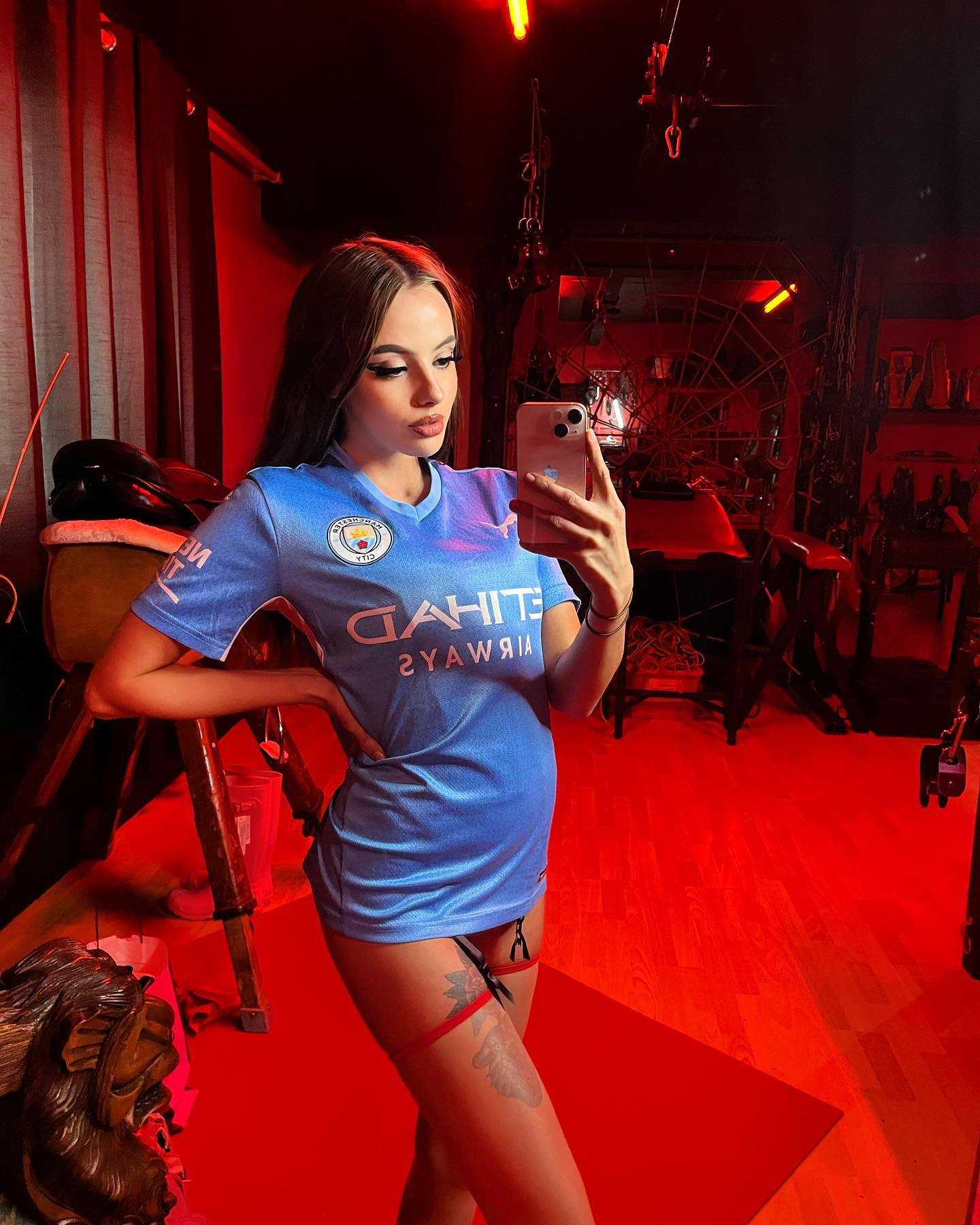 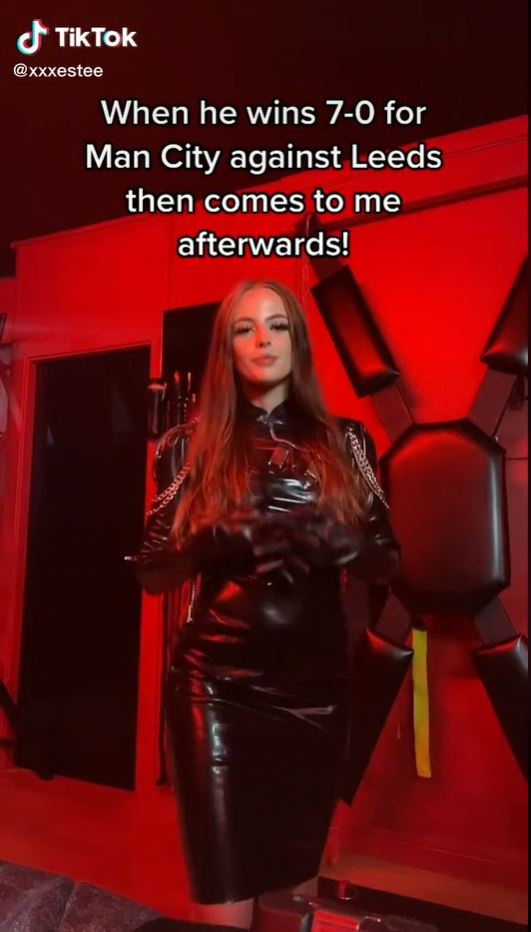 She bragged of the encounter on her TikTok page saying: “When he wins 7-0 for Man City against Leeds then comes to me afterwards!”

The clip has been watched 1.3million times and liked by 63,000 people.

In another TikTok post, the English-born, half-French beauty, is seen in a sexy Santa outfit and says: “When he plays for Man City but comes to the theatre of dreams” — a cheeky reference to the Old Trafford ground of City’s rivals Manchester United.

The jet-setting Instagram model also poses in just a City home shirt in her dungeon.

She said the player, who featured in Tuesday’s thumping, drives a £150,000 supercar.

Her posts left fans guessing who the player might be.

In the comment section, one sleuth said the mistress had previously mentioned the nationality of the player over the summer, to which she teased: “Aaah, someone getting closer!”

Another commented on Premier League stars cheating on their Wags, to which she replied: “Yeah exactly but the wf/gf must not live up to expectations.”

The Sun has no evidence that a City player did in fact visit her dungeon, thought to be outskirts of Manchester, as she claims.

But she will certainly have tongues wagging at the Etihad.

City boss Pep Guardiola needn’t worry about the player catching Covid from Estée ahead of tomorrow’s match at Newcastle United — the 5ft 4in beauty showed off her vaccination card in one clip.

She runs several social media accounts and boasts tens of thousands of followers, but directs punters to her page on an adult site for her most X-rated content.

She regularly posts of her travels to the likes of Dubai, Greece and French Polynesia and wearing designer clothes and jewellery.

Estée is seen in a private jet and helicopter, and spends time on yachts and at huge mansions. 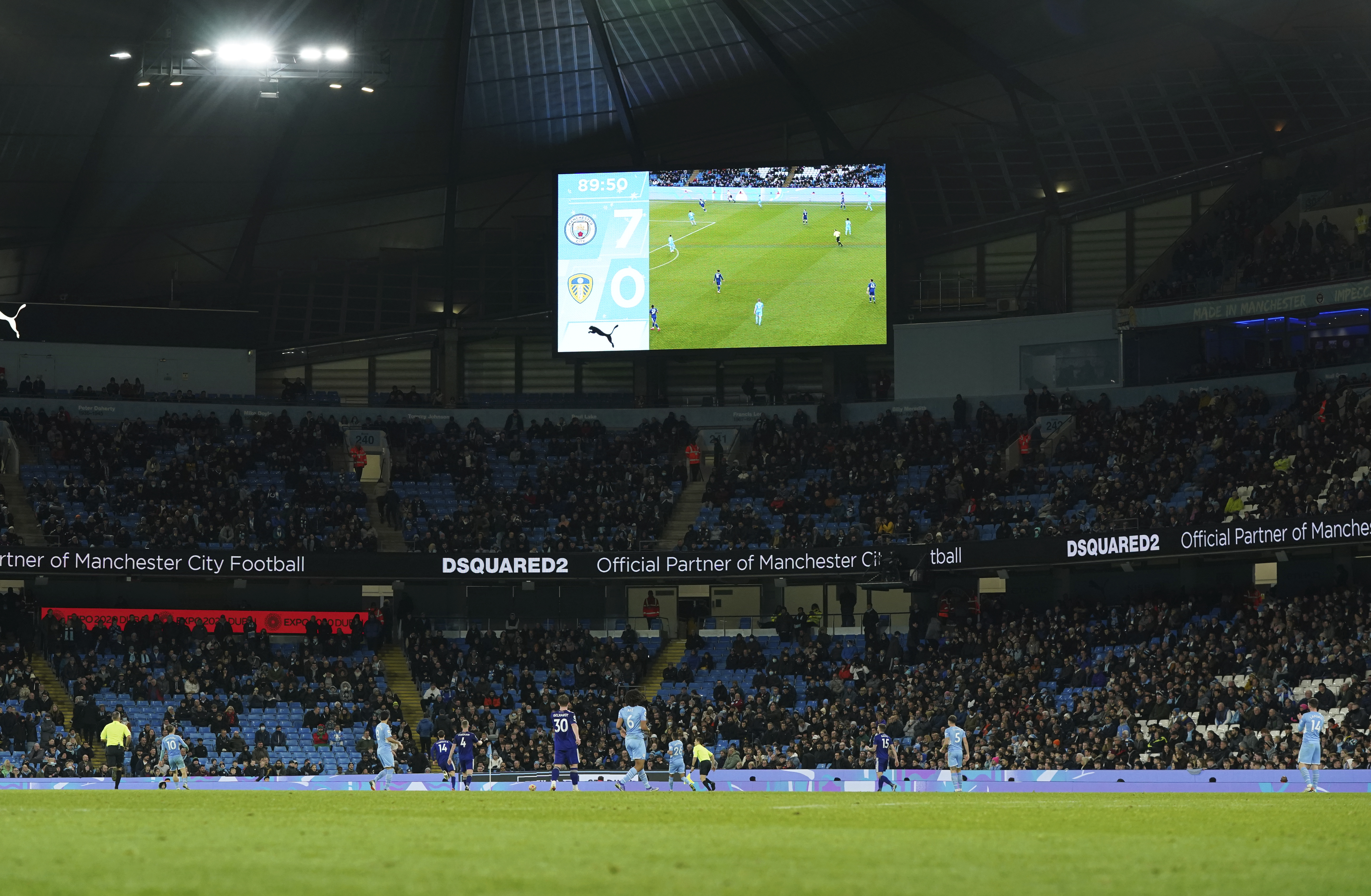