Doncaster Races: Tips, racecards, odds and betting preview for Day 3 of the St Leger Festival live on ITV on Friday

THE ST Leger Festival rolls on with an excellent betting card on Friday.

There are Group races and competitive handicaps galore. Our man Jack Keene has taken a close look and picked out his best bets. 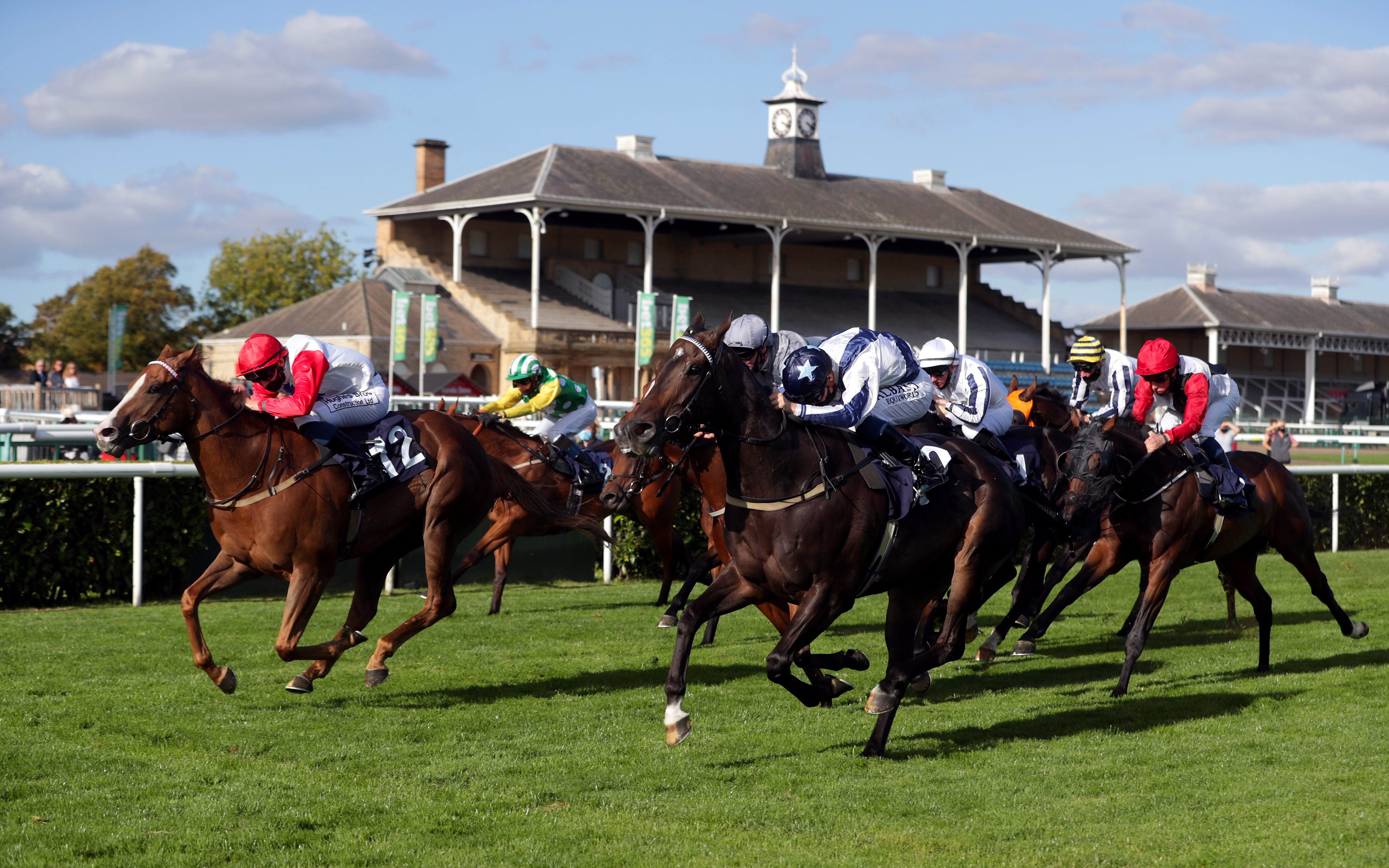 ALMAREEKH was a hugely impressive winner at Salisbury last time.

She is on a roll at present and an 8lb rise will unlikely prevent her from going in again.

Her stablemate Sorrel is the obvious danger with an easy success at Leicester under her belt.

Frankel's Storm flopped on soft ground last time but could bounce back on his sounder surface.

Alfaatik won going away over 1m4f at York last time and shouldn't have any issues stepping up to this trip.

But he is taking on some classy handicappers here and is short enough, so a chance is taken on VOLCANIC SKY.

He won easily at Kempton two starts ago and shaped better than the bare result in a hot handicap at York last time.

The drop in trip will suit and he is fancied to resume his progress.

The strong-travelling Sleeping Lion won this race 12 months ago and isn't without a shout, while Hochfeld can be hit or miss but would have a chance if on a going day.

SUNSET BREEZE ran out of steam in the closing stages over 7f at Ascot last time.

This shorter trip and easier track will suit and he can get back to winning ways with this mark well within his range.

This 6.5f trip could be absolutely perfect for Chiefofchiefs and he can run well under a big weight.

Byline beat Musicality two starts ago but ran below expectations on soft ground behind that rival last time. He should get closer to his old rival on this quicker surface.

A cracking renewal of this Group 2, with the market headed by talented filly Sacred.

She was just touched off in the Lowther at York on her first run since Royal Ascot, but she takes on some very speedy types here and is worth taking on.

The Lir Jet will be happier over this trip having suffered a pair of defeats over 6f the last twice, while similar comments apply to Steel Bull who is better than he showed in the Phoenix.

But it could pay to side with UBETTABELIEVEIT, who bolted up over C&D to break his maiden and followed that up with a similarly impressive success at Sandown.

He never ran his race at York over 6f last time on ground that wasn't ideal, but the return to this flat 5f should see him in a better light.

Frenetic and Ventura Tormenta add further spice to this contest.

Not a very good renewal of this historic race but nonetheless pretty interesting, and Spanish Mission is undoubtedly the class horse in the line-up.

I have serious doubts about his stamina for this 2m2f trip, however, so take a flyer on THE GRAND VISIR.

He stays all day and was unlucky not to win at both Royal Ascot and Glorious Goodwood.

There are several suspect stayers in here, but as long as they make plenty use of Ian Williams' six-year-old he could just gallop the finish out of the others.

The progressive Revolver is up in class but he only just does enough in his races, so it's impossible to know if he's reached his ceiling.

Eagles By Day and Red Verdon are very capable performers and aren't out of it, but the latter will find life tough under a penalty.

APOLLO ONE won easily on debut and followed that up with a fine third from the front in the Solario at Sandown.

He still displayed one or two signs of greenness there and was probably caught out by the stiff uphill finish, but it was a commendable performance.

These combination of a flat track and quicker ground will suit and if nothing else goes on he could get a soft lead.

Laneqash was well-backed and made no mistake on debut at Ascot. He looks to have a very bright future for his powerful connections.

Similar comments apply to Godolphin's One Ruler, who broke his maiden in a good race at Sandown last time.

Spycatcher was ahead of Royal Scimitar in the Acomb Stakes and should be able to confirm the form with that rival. This is a fascinating race.

MUAY THAI shaped with a good deal of promise when third on debut at Ascot earlier this month.

He will have learnt plenty from that outing and is narrowly preferred to Tawaareq, who was too green for his own good at Sandown.

Of the newcomers, the nicely-bred Tromso makes some appeal on paper.