ZAK Hardaker is in an envious position after being given a dream plan – eat more to get quicker.

And the man who was tagged ‘The Greyhound’ after losing weight following a hair transplant believes that can propel him to the World Cup. 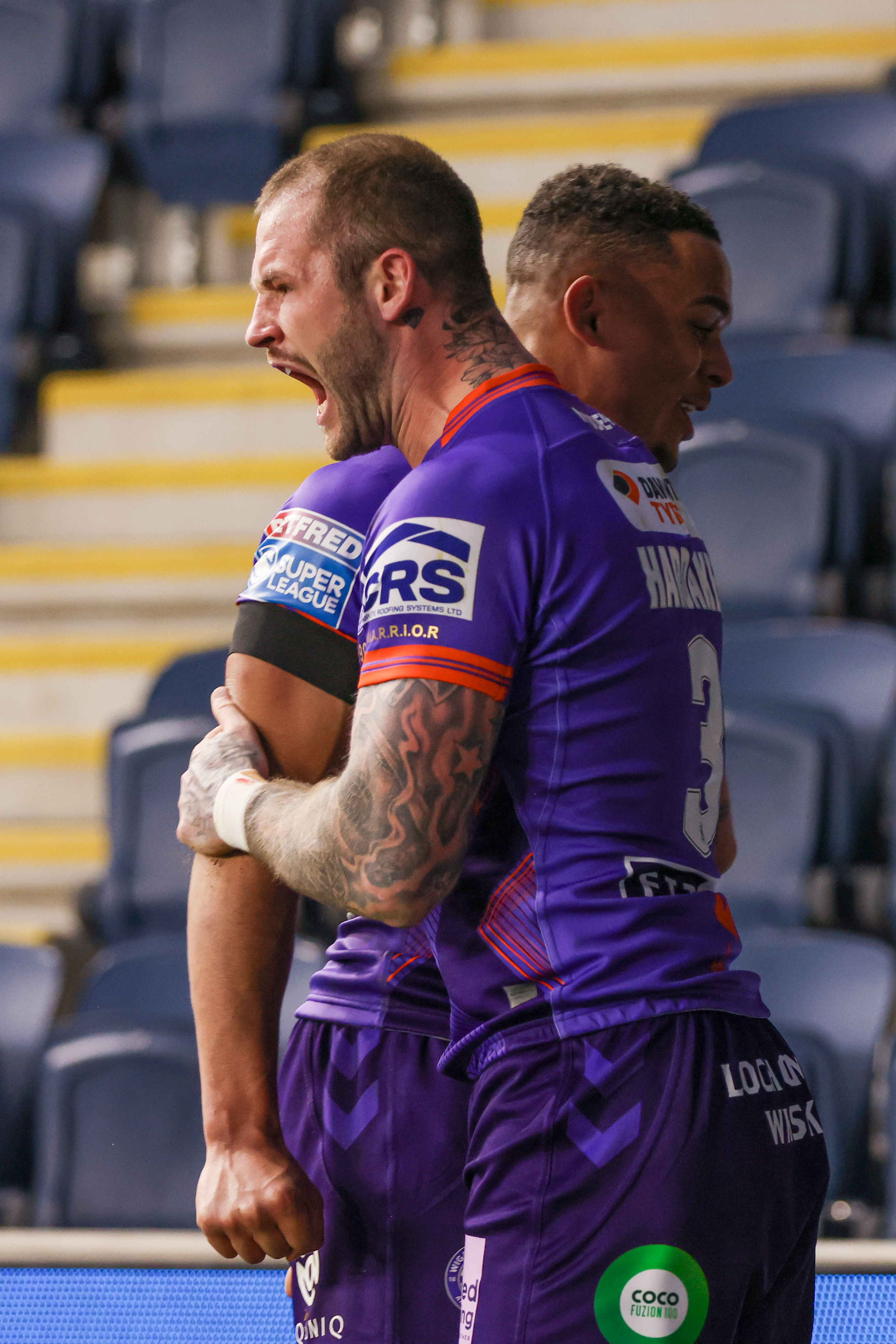 In his eyes, there is not a full back anywhere near him.

The Wigan star changed his diet and training regime to get even more out of him on the field – and the results are there for all to see.

Even his mates are asking if he is quicker now and it is all down to piling more on his plate.

Hardaker said: “I was eating steaks straight out of the frying pan just to put more weight on. I’m surprised at how it’s gone.

“I had my hair transplant just after Christmas and wasn’t allowed to do any exercise. I lost quite a bit of weight. 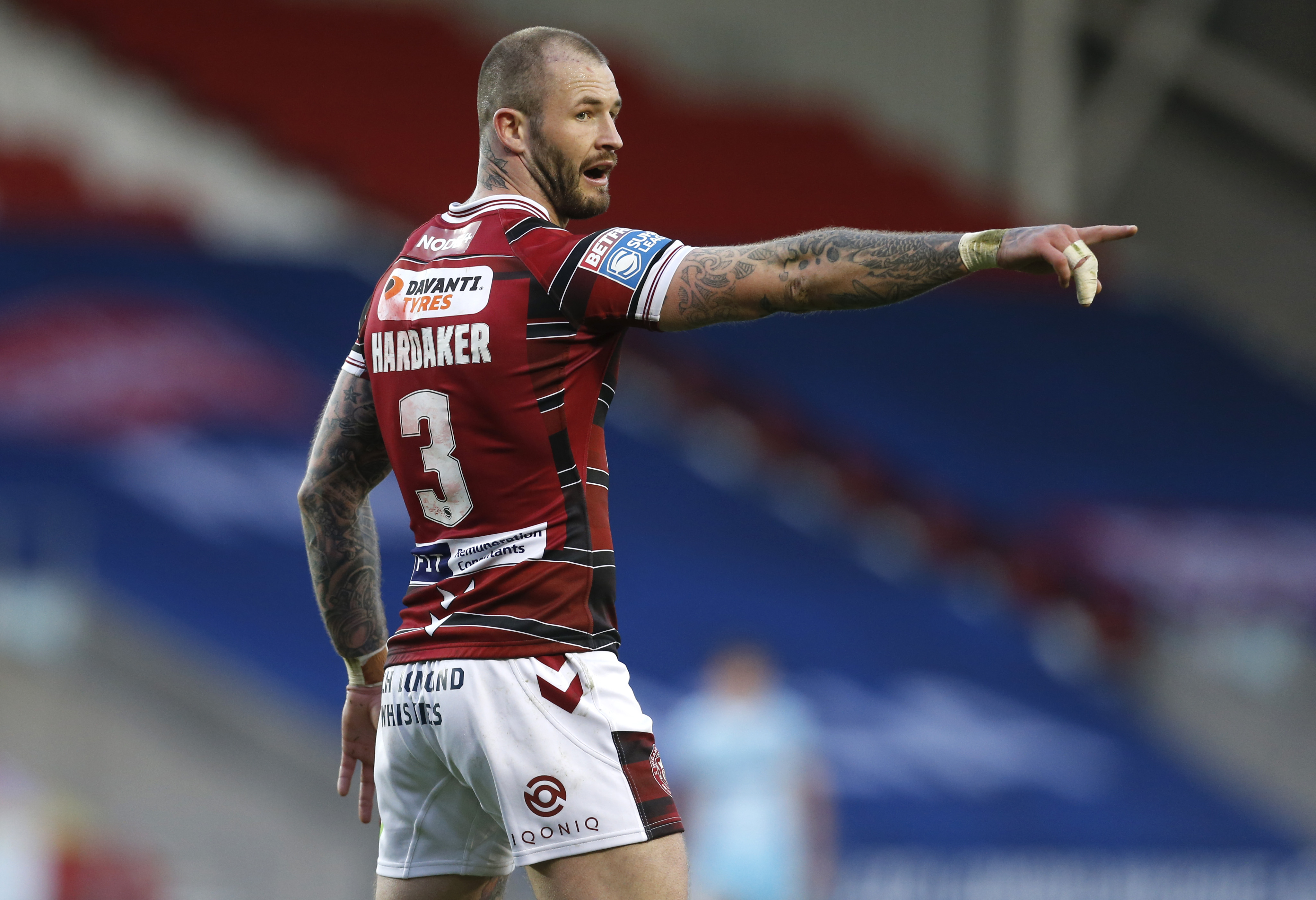 “When I came in for pre-season, I was a bit skinny, Oliver Gildart nicknamed me The Greyhound! So I spoke to the staff here about me bulking up. I did that in four or five weeks and trained really hard.

“We have our fat measured, from our caves to our belly and our back. We’ve done that three times and every time I’ve gone up in weight and down in fat.

“I’m training really hard, which is something I’ve maybe not done over the last three years. I’d go in the gym and give it 65 or 70 per cent and go for it on the field, whereas now I’m 100 per cent in everything.

“People are always asking, ‘Are you quicker?’ I didn’t realise I was slow!”

Now his diet plan is paying off, Hardaker has established himself as arguably Super League’s best full back. 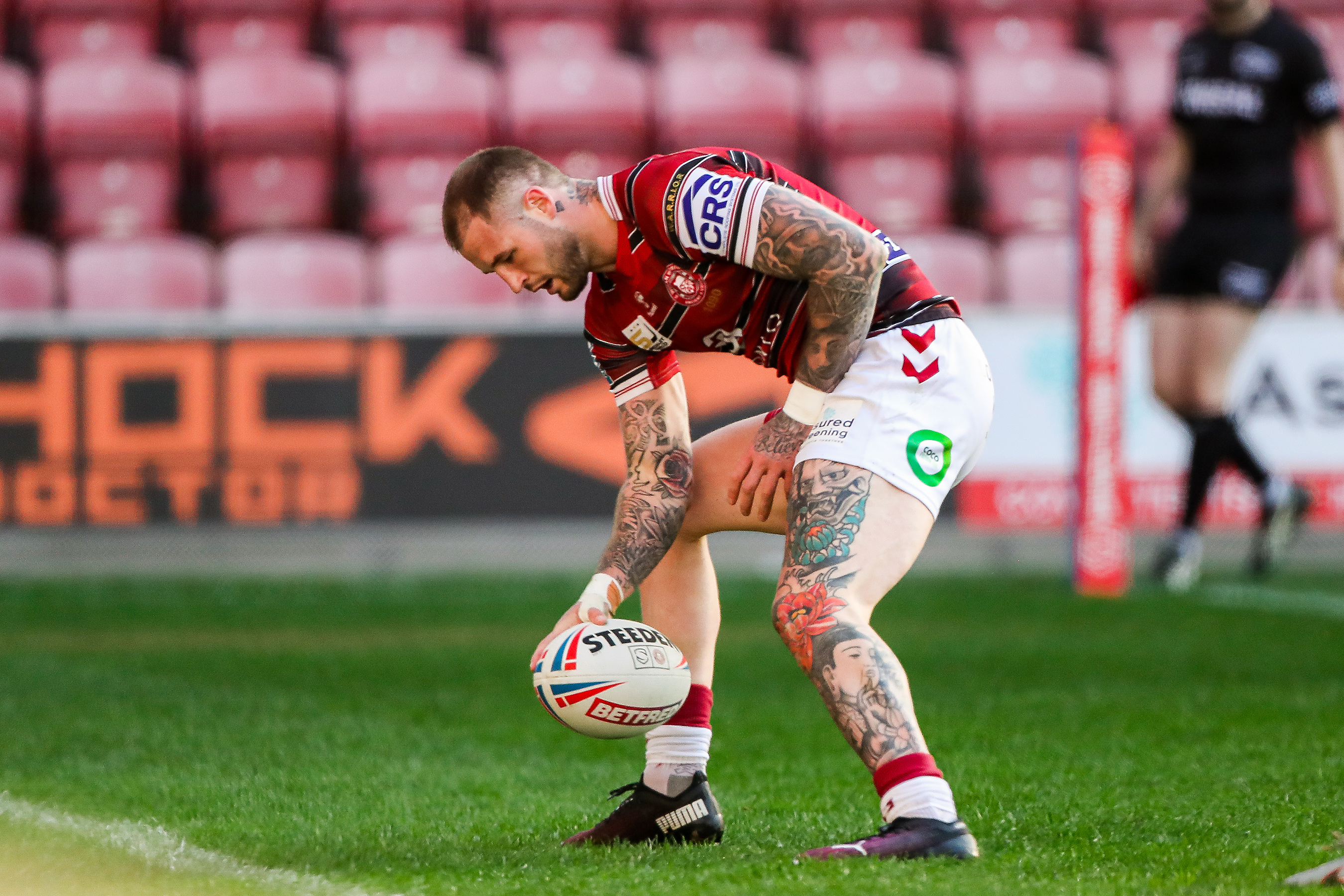 Yet England boss Shaun Wane said that if his side plays this weekend, Sam Tomkins would get the number one shirt.

Another battle lies in wait on Thursday when Wigan face Hull and Jake Connor after winning the inter-club one as Bevan French, whose presence saw the 29-year-old move to centre, will be on the wing.

And he is in no doubt he should be number one, adding: “My stepdad’s stat mad and I went on all the stats and there’s no-one near me in every one.

“I’m getting to that point where I’m that confident in myself, there’s not a full back near me and stats don’t lie.

“I heard Phil Clarke say on Sky that Sam is the best full-back defensively. I believe I’m the best and I’ve no problem saying that. 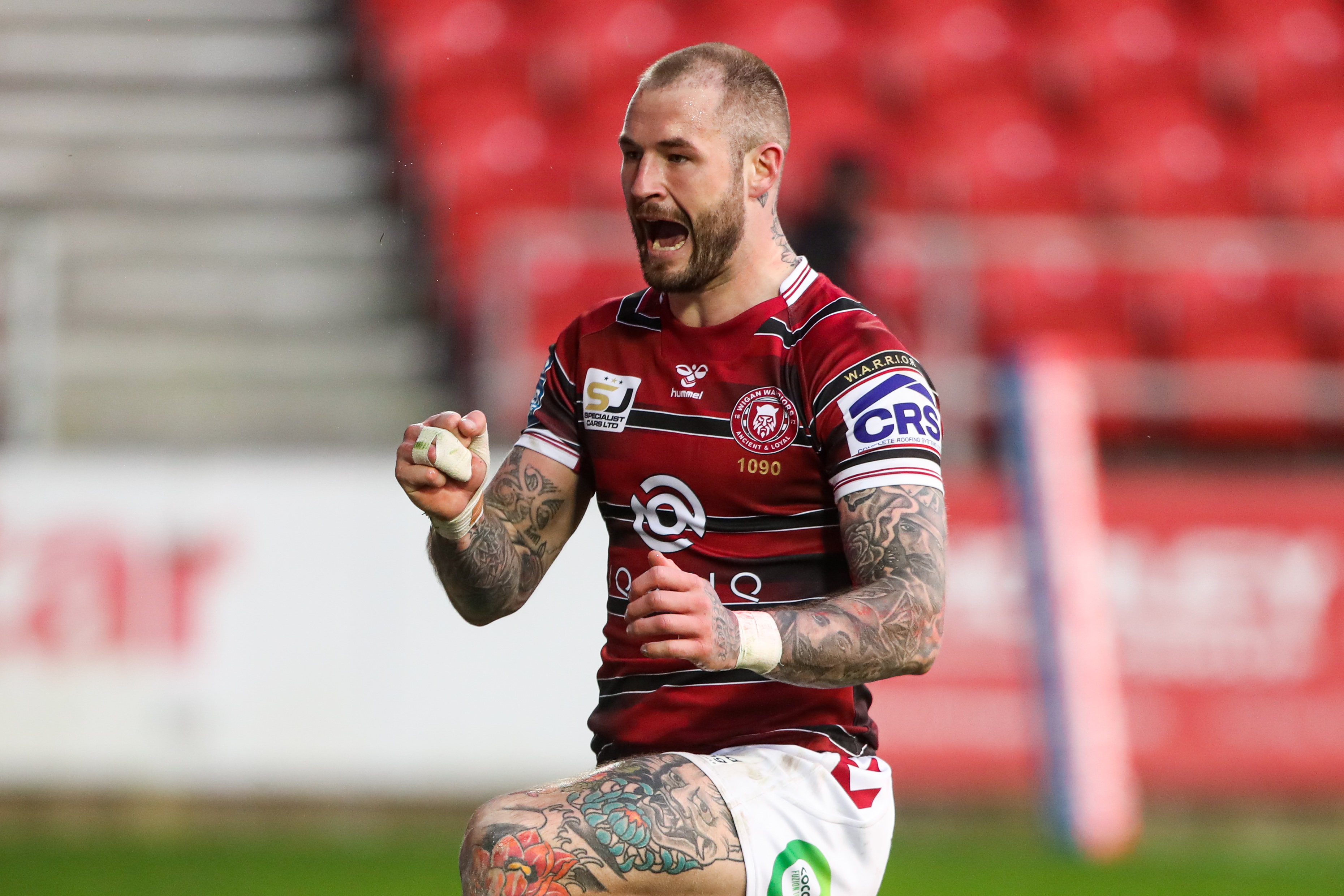 “Others are backing themselves for the full-back shirt but I back myself, 100 per cent. Look at the stats, I’m the best full-back. It’s getting to me a little bit now.”

Hardaker’s life off the field is just as brilliant as it is on it. As well as becoming a father to son Abel, he has proposed to fiancée Elisha Riley.

And he revealed the lengths he went to to pop the question, saying: “I actually got the ring in January but it was lockdown, so I was unsure what to do.

“But after it eased, we went to Altrincham Market and had a beautiful day. My mum helped me plan and we’d got a bib saying, ‘Mummy would you marry daddy?’ 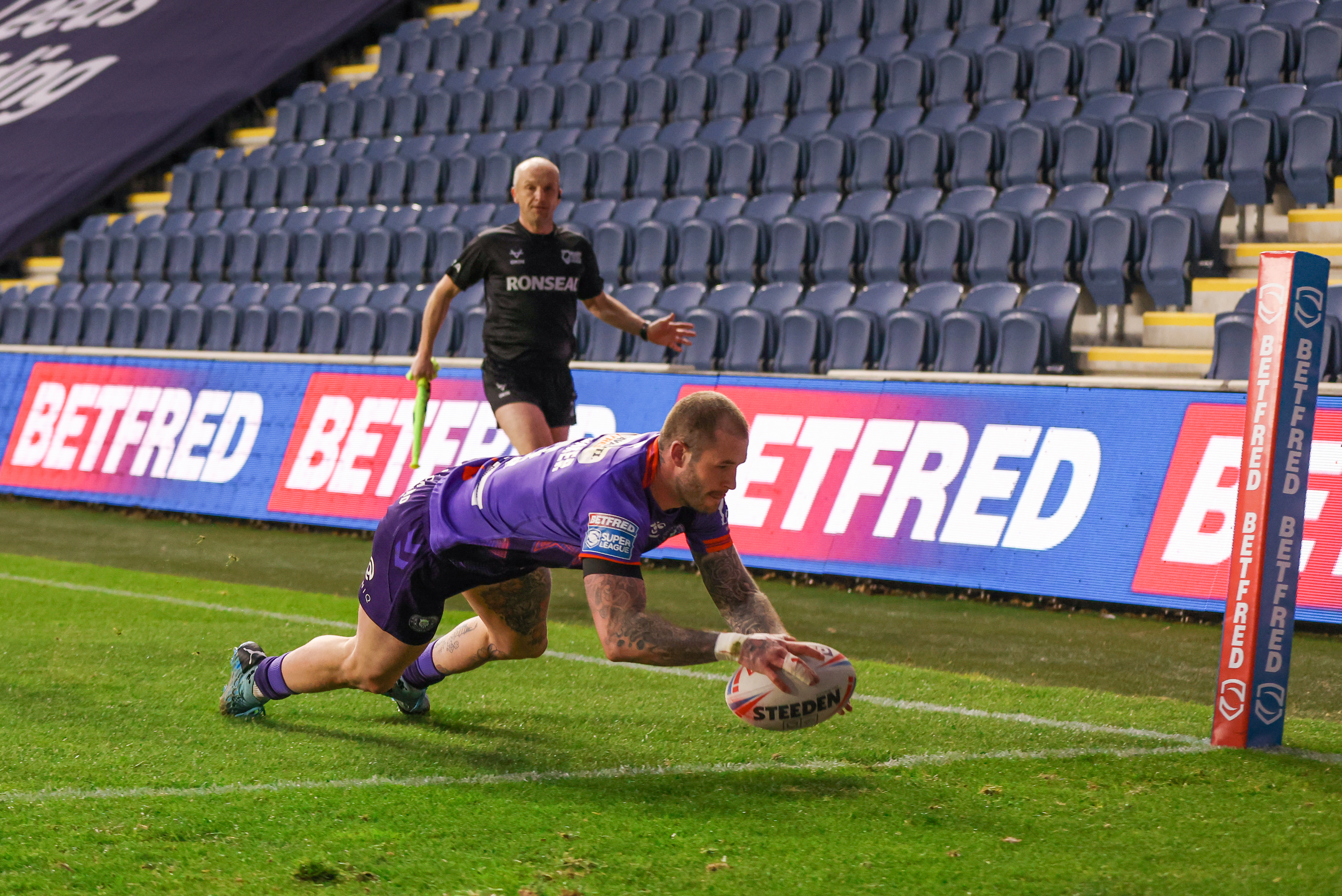 “I said, ‘Why don’t you jump in the shower and I’ll sort Abel out.’ As soon as she went I shot round to the PlayStation, where everything was as that’s a no-go area for her.

“I got the bib on, laid him on his stomach and he’s crying on the floor. She was shouting, ‘Move him,’ but I was like, ‘Nah, he’s all right,’ as I wanted her to.

“It took me 12 minutes to get her to move him. She did, flipped him over, saw the message and I got on one knee.

“I was only nervous for the final 30 seconds to be honest with you. I wasn’t as nervous as I thought I would be.”