LSU coach Ed Orgeron will not return to the team for the 2022 season, according to multiple reports.

Orgeron coached the Tigers to a national championship when Joe Burrow, Clyde Edwards-Helaire, Justin Jefferson and Ja’Marr Chase led the team. Sports Illustrated reported Sunday that Orgeron would finish out the season before ultimately stepping down. 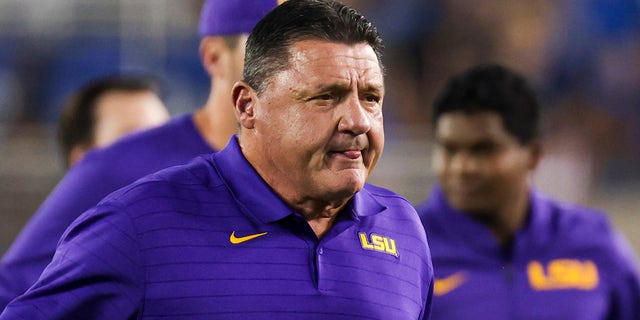 LSU coach Ed Orgeron runs off the field with his team before a game against Kentucky in Lexington, Ky., Saturday, Oct. 9, 2021.
(AP Photo/Michael Clubb) 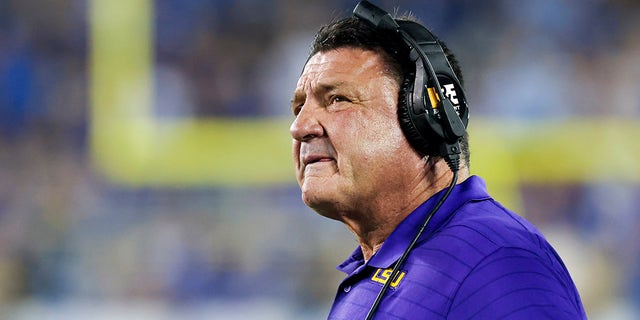 LSU coach Ed Orgeron looks up at the video board during the first half of the team’s game against Kentucky in Lexington, Ky., Saturday, Oct. 9, 2021.
(AP Photo/Michael Clubb)

LSU and Orgeron’s handling of sexual misconduct complaints has come under scrutiny. Revelations made earlier this year about how the allegations were handled cost Les Miles his job at Kansas and ex-LSU president F. King Alexander his job at Oregon State. 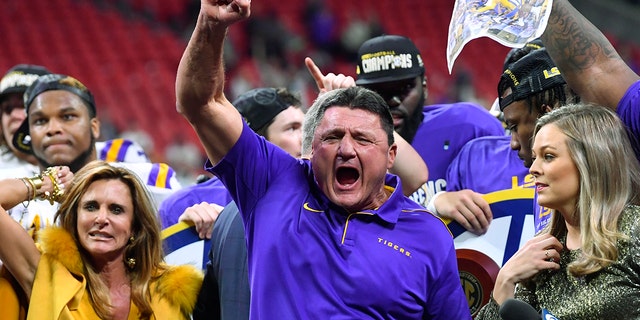 Orgeron took over for Miles in 2017. Allegations of sexual misconduct or physical abuse have been filed against at least nine former players who played for Orgeron, according to USA Today.