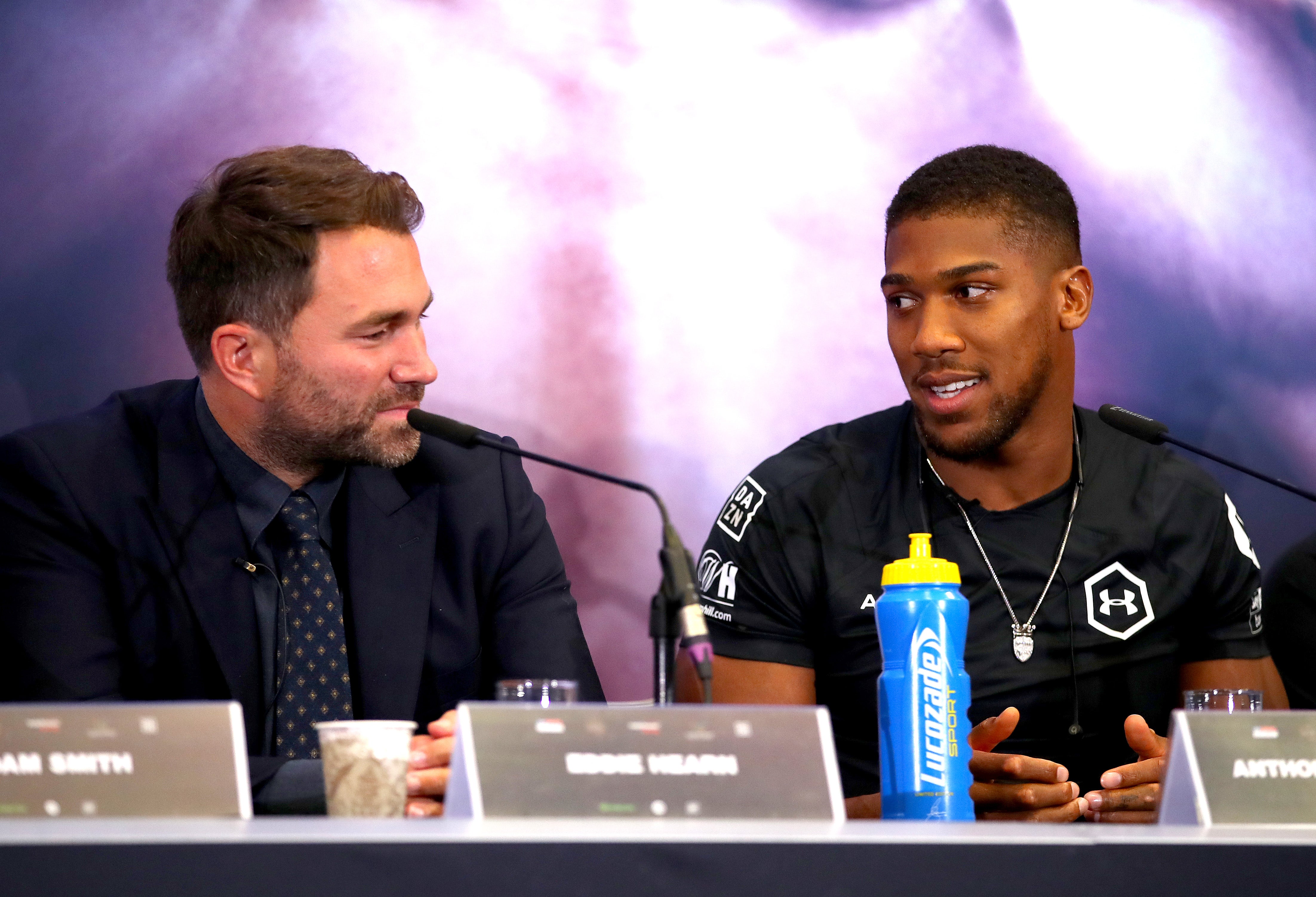 However, those plans were shelved last month, with Fury revealing on Twitter: ‘The Gypsy King is returning in 2021,’ and Hearn hopes that will be against Joshua – otherwise his fighter may have to face Oleksandr Usyk, who is now the mandatory challenger for the WBO title.

The Matchroom promoter added: “I’ve mentioned it to their team. If Tyson has a warm-up fight, we’ll fight Usyk and then everything gets… there is no reason for a warm-up fight.

“[Fury] boxed in February and he doesn’t have the style where he needs a warm-up fight. It will be straight in and I think he is happy with that.”

There is every chance Fury could be in the ring with Joshua after Saturday’s main event if he accepts Hearn’s offer to attend the night.

With cousin Hughie also on the undercard, there is extra incentive for the 32-year-old to be in the stands.

“I messaged him yesterday saying ‘you are more than welcome,’” Hearn revealed. “Some fighters feel it is chasing it a little bit, but there is nothing to chase because we know what the deal is.

“If I was Fury, I’d want to watch AJ up close and that is why AJ came to the Usyk fight. To support [Dereck] Chisora but really to watch Usyk up close.

“I think it is worthwhile Fury coming for many reasons and then, listen, I’d like to be in a position on Saturday to say we have a deal, we have an agreement, these are the dates we are working to and now we will find a venue.”

Wembley has long been mooted as a destination for the first of two fights between the pair, but only on the proviso it could host a full capacity.

With the NHS coronavirus vaccination programme across the UK now under way, the chances of the Brent venue hosting the showdown remain high.

The Tottenham Hotspur Stadium, the original venue for Joshua-Pulev, is not in the running and will have to wait before it adds boxing to the list of sports to have taken place at the ground.

Hearn is anticipating interest from Saudi Arabia, Qatar and Abu Dhabi and knows the clock is ticking, with predicted pay-per-view figures for the ‘Battle of Britain’ more than two million.

He added: “We need to now say this is happening, the only things to sort out is where it will take place, the UK and USA broadcasting situation – which actually isn’t that confusing – and when?

“The answer is end of May, June, but what we need to do is announce there is an agreement and then go to the various sites and say ‘make your offer’.”

This weekend get a £10 free bet with Betfair, when you bet £10 on a Same Game Multi on the Premier League. Terms: Min £10 Same Game Multi bet on any EPL match this Fri – Sun. Free bet valid for 72 hours, awarded at bet settlement. Excludes cashed out bets. T&Cs apply.