The 31-year-old was caught in the head by Rangers' John Lundstram's boot in the first half. 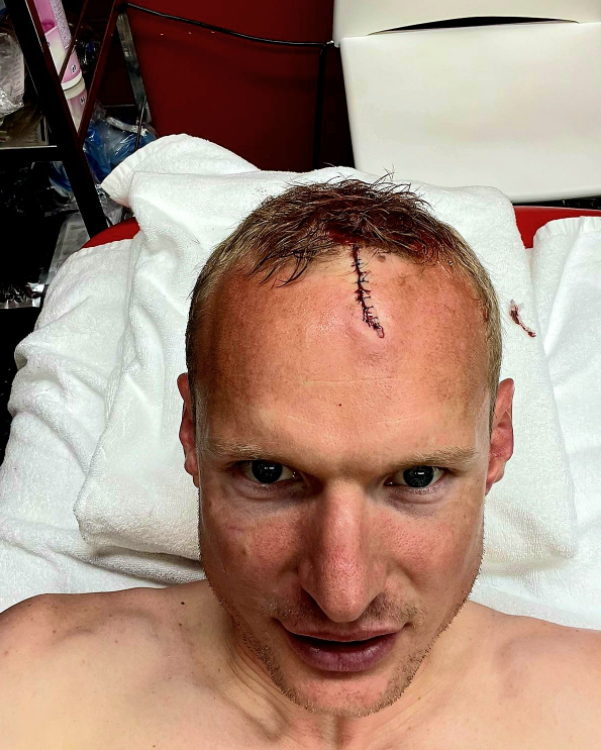 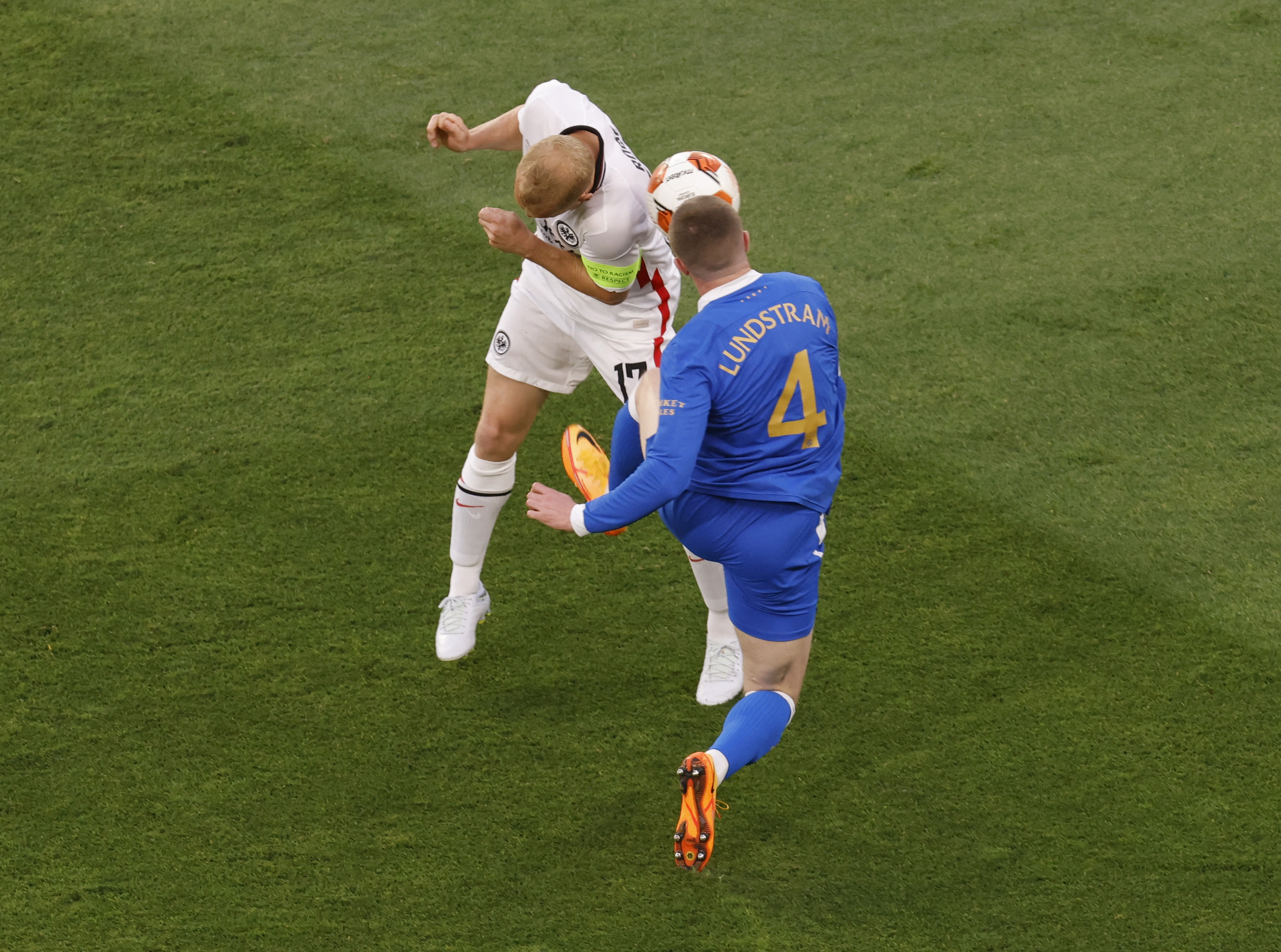 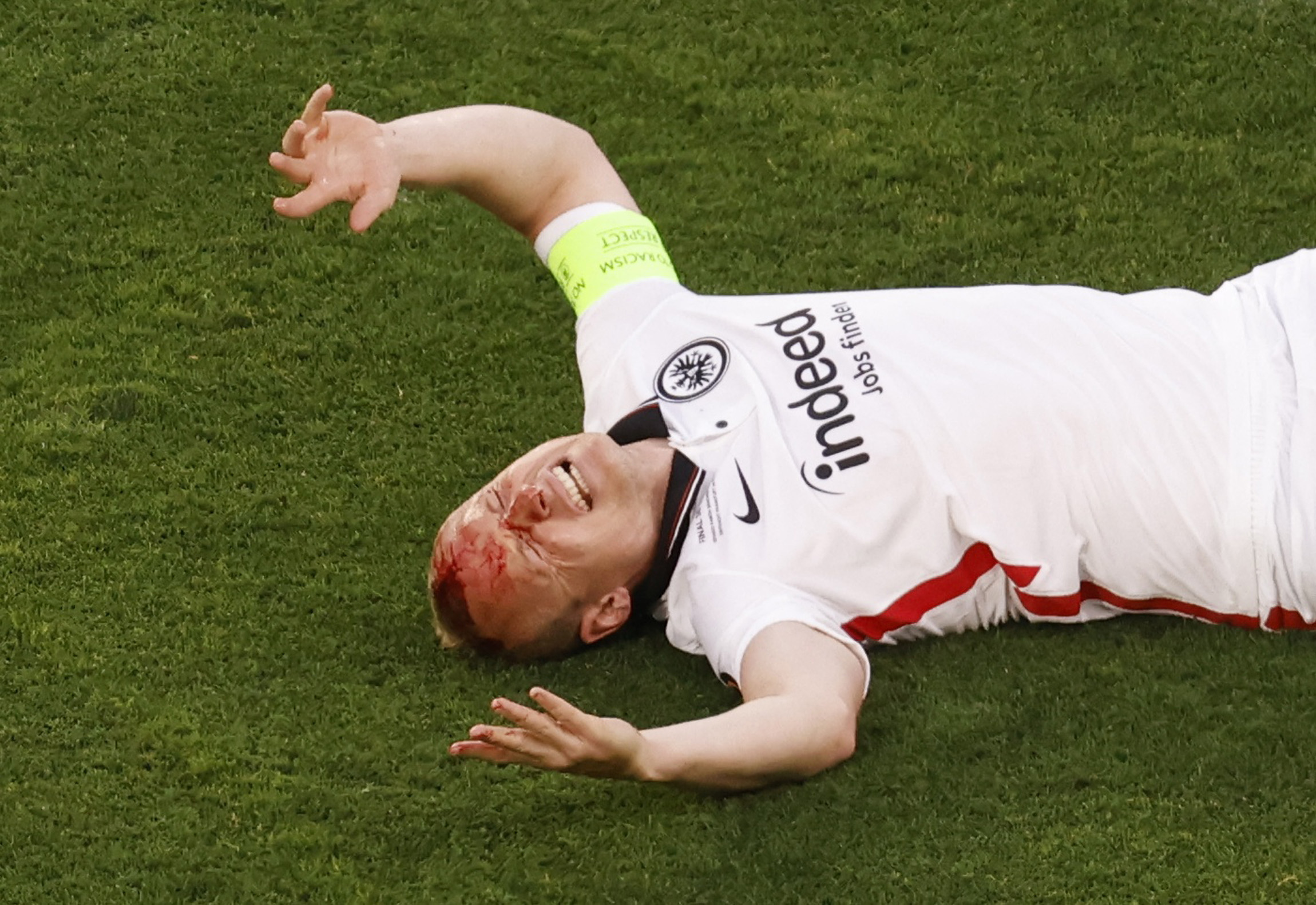 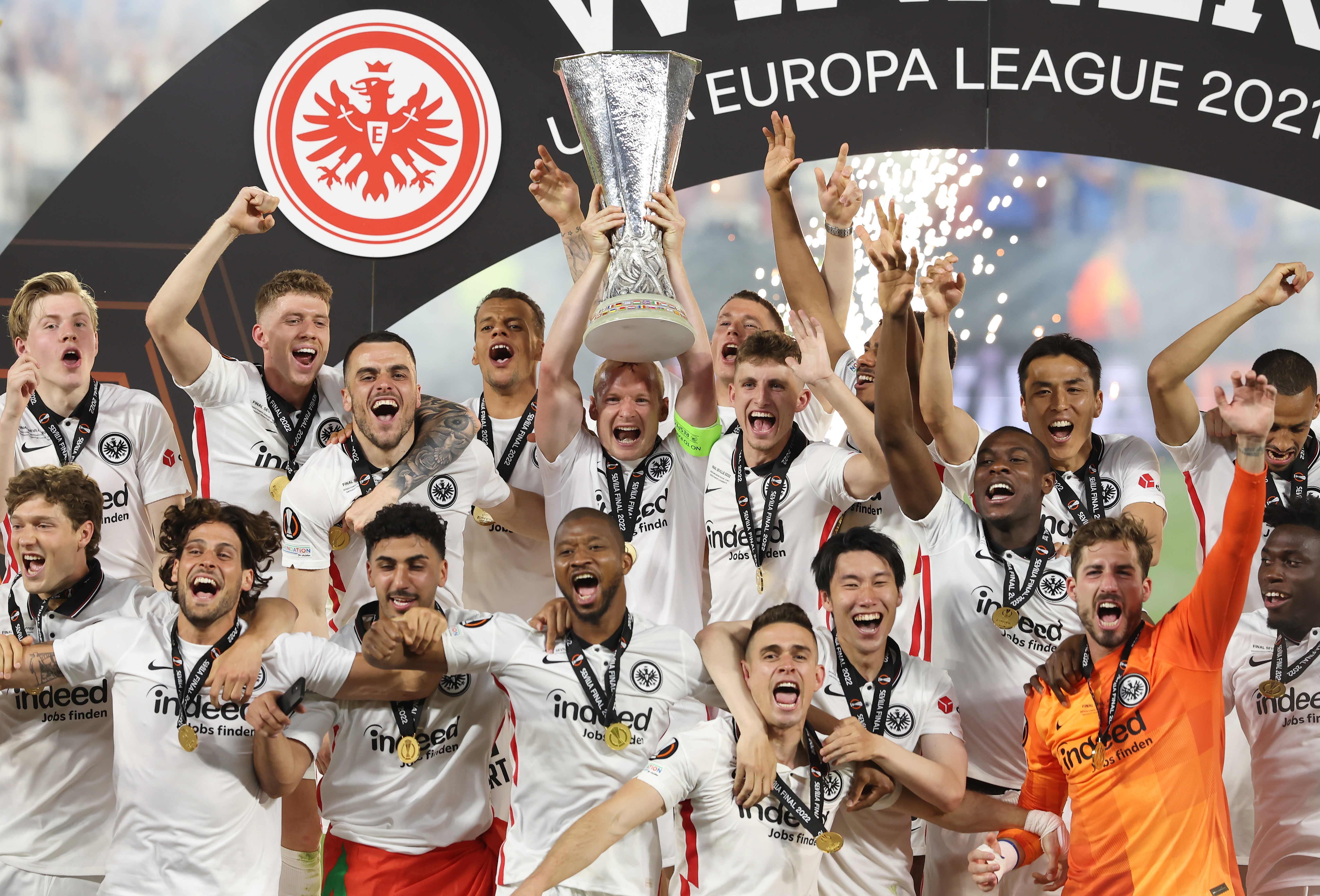 Rode went down in serious pain and had blood pouring from his head.

The tough tackling midfielder was patched up by medics and saw the game out until full-time with the game tied up at 1-1.

Kristijan Jakic then came on in his place for extra-time.

Frankfurt won the nail biting penalty shootout 5-4, with all of their players holding their nerve.

But captain Rode was left with more than just the Europa League trophy after the final.

Rode needed stitches, which he showed off to his Twitter followers.

He tweeted: "The main thing is to get the thing [trophy]!!! Everything else doesn't matter."

On the win itself, Rode said: "Infinitely proud to be captain of this team!

"The greatest day of our career! Together we made it with our amazing fans!"