ENGLAND fans have picked their all-time XI and it's a force to be reckoned with.

Three Lions supporters have had to endure plenty of tournament heartbreak over the years from Italia '90 to penalty anguish against Portugal at Euro 2004. 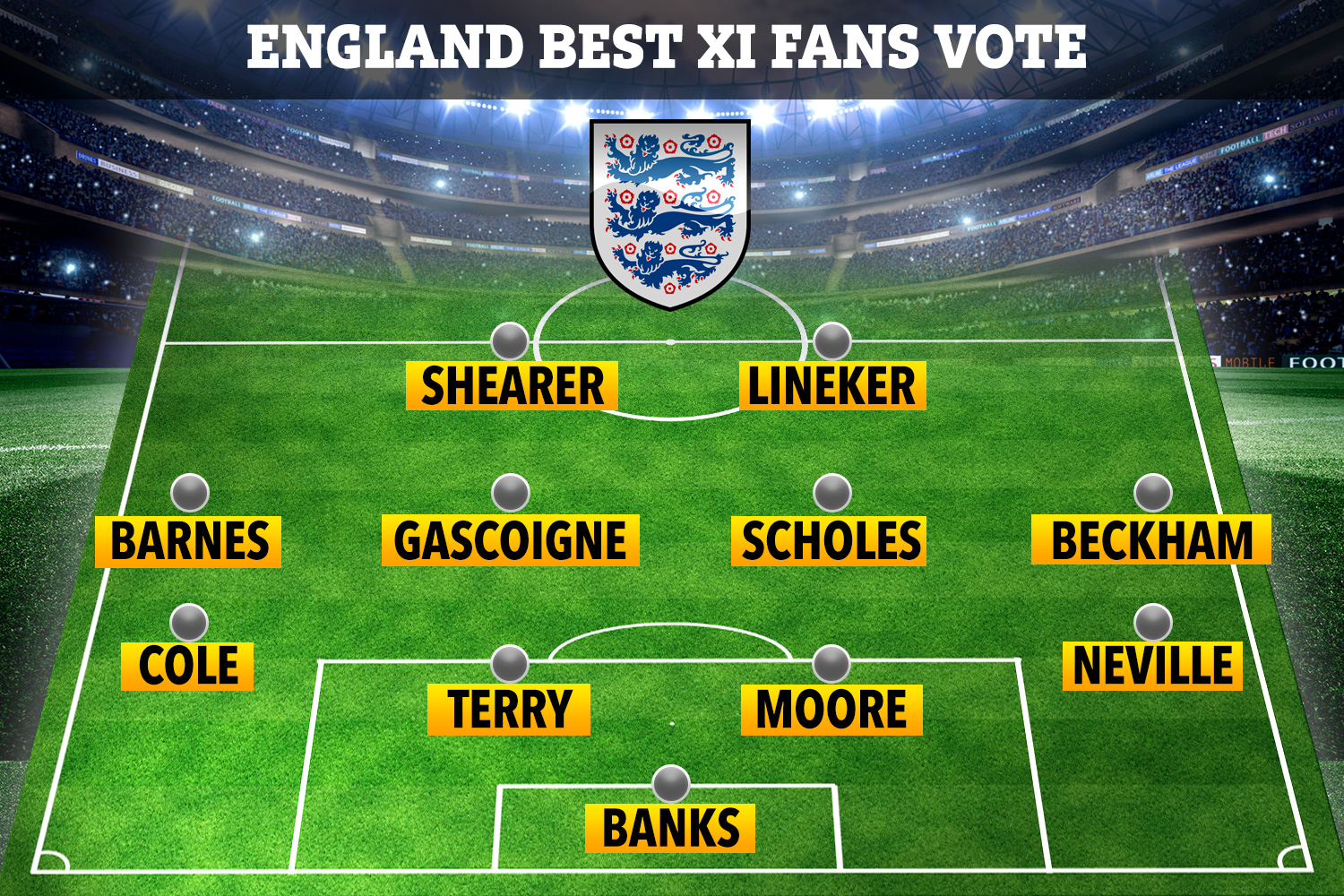 World class stars have come and gone empty-handed including the likes of Paul Gascoigne, Ashley Cole and Wayne Rooney.

But this team may just have had the quality to get one over Germany during the 2010 World Cup or silence Ronaldinho against Brazil eight years prior.

The legendary Banks achieved the pinnacle when he lifted the 1966 World Cup.

The former Stoke and Leicester hero made 73 caps for his country including making that world famous save against Pele's header.

Banks beat David Seaman and Peter Shilton to the post. 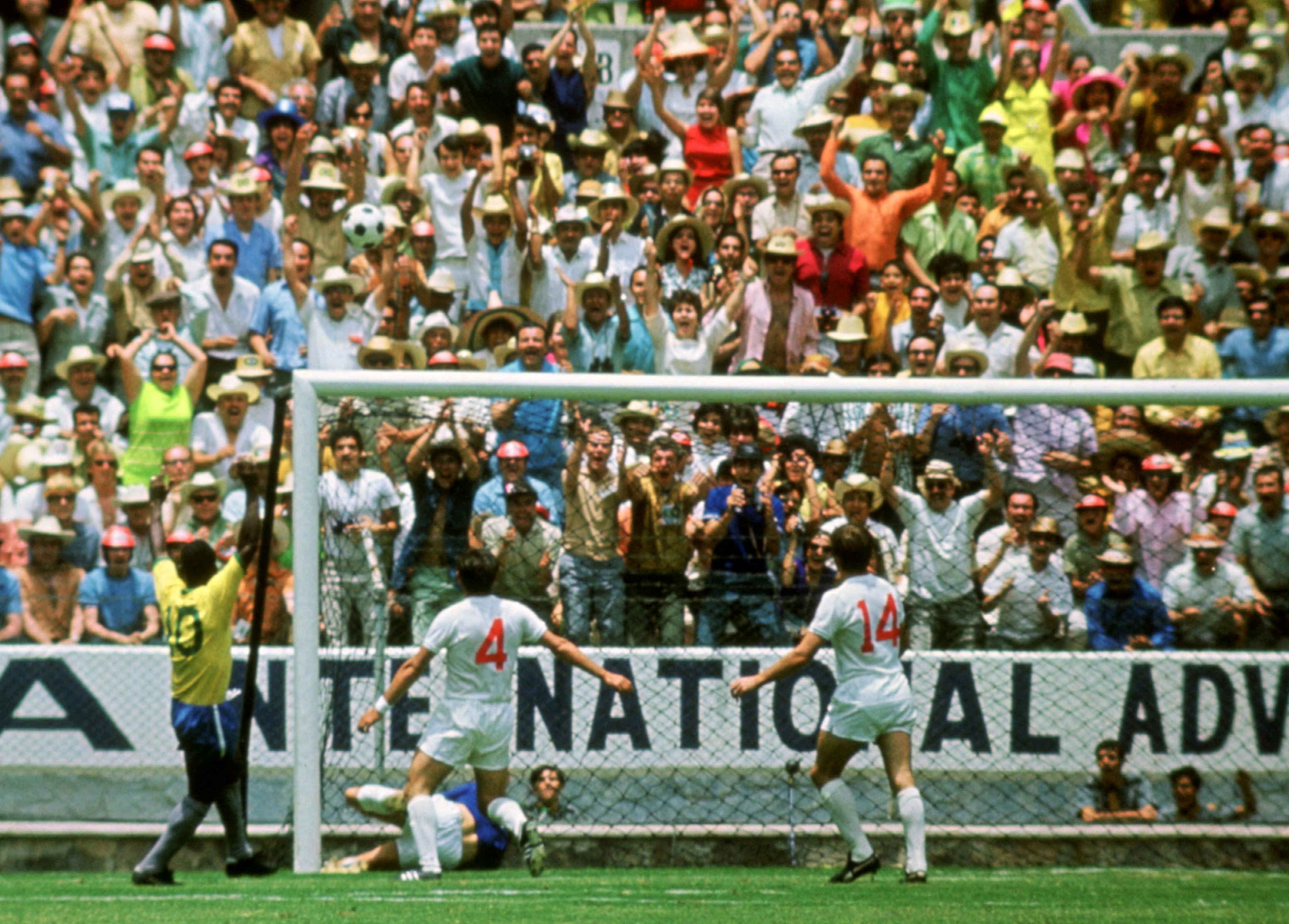 The Manchester United legend was ever-reliable for England having made 85 appearances for the Three Lions.

He remains England's most capped right-back and featured in five major tournaments.

There was only one winner in a poll between Moore, Sol Campbell and Rio Ferdinand.

Moore is regarded as one of the greatest defenders in history and captained England to their 1966 World Cup win.

He played 108 times for his country with Sir Alex Ferguson claiming 'he was the best defender in the history of the game.' 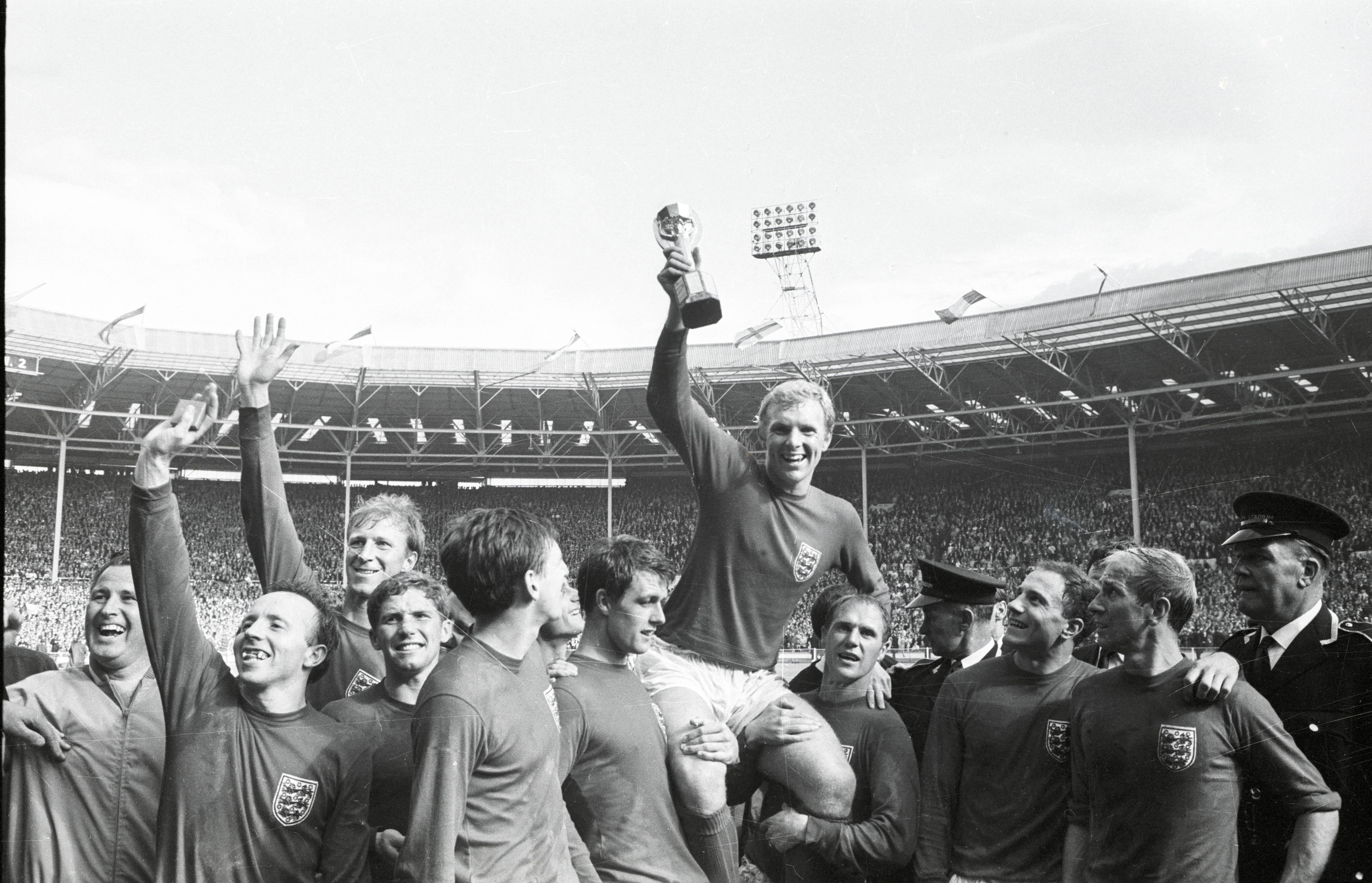 The Chelsea hero gets the nod alongside Moore.

Terry, who captained the England side, always wore his heart on his sleeve while playing in white.

He made 78 appearances before retiring from international duty in 2012.

Cole will always be regarded as one of England's greatest left-backs.

It is no surprise the Chelsea legend received a whopping 83 per cent of the votes over hard-man Stuart Pearce.

He retired with 107 caps, making him England's most capped full-back.

Golden Balls treated the nation to numerous historic moments throughout his career.

From his last minute free-kick against Greece to send England to the 2002 World Cup to scoring against Colombia in 1998. 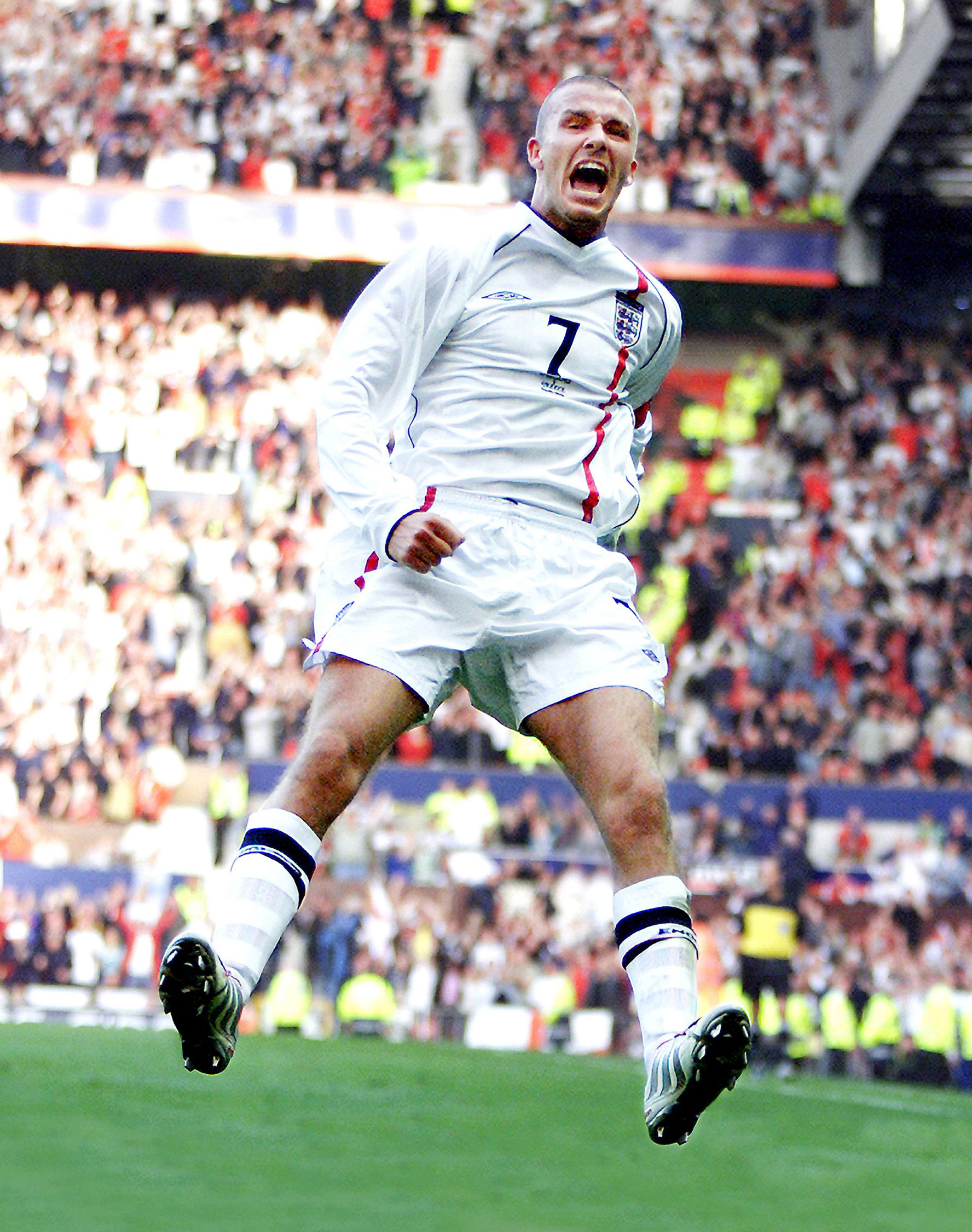 England have been blessed with an abundance of top class central midfielders over the years.

But it's Scholes who gets the nod over Steven Gerrard and Frank Lampard.

The Man United legend fell victim to England's array of midfield options and was often played out on the left.

He only earned 66 caps but many fans will feel he deserved more.

There was only one winner in this race.

The legendary Gazza remains one of England's greatest centre-midfielder's and almost guided the Three Lions to 1990 World Cup glory.

His performances throughout that tournament – and at Euro 96 – will always be remembered as some of the best in an England shirt. 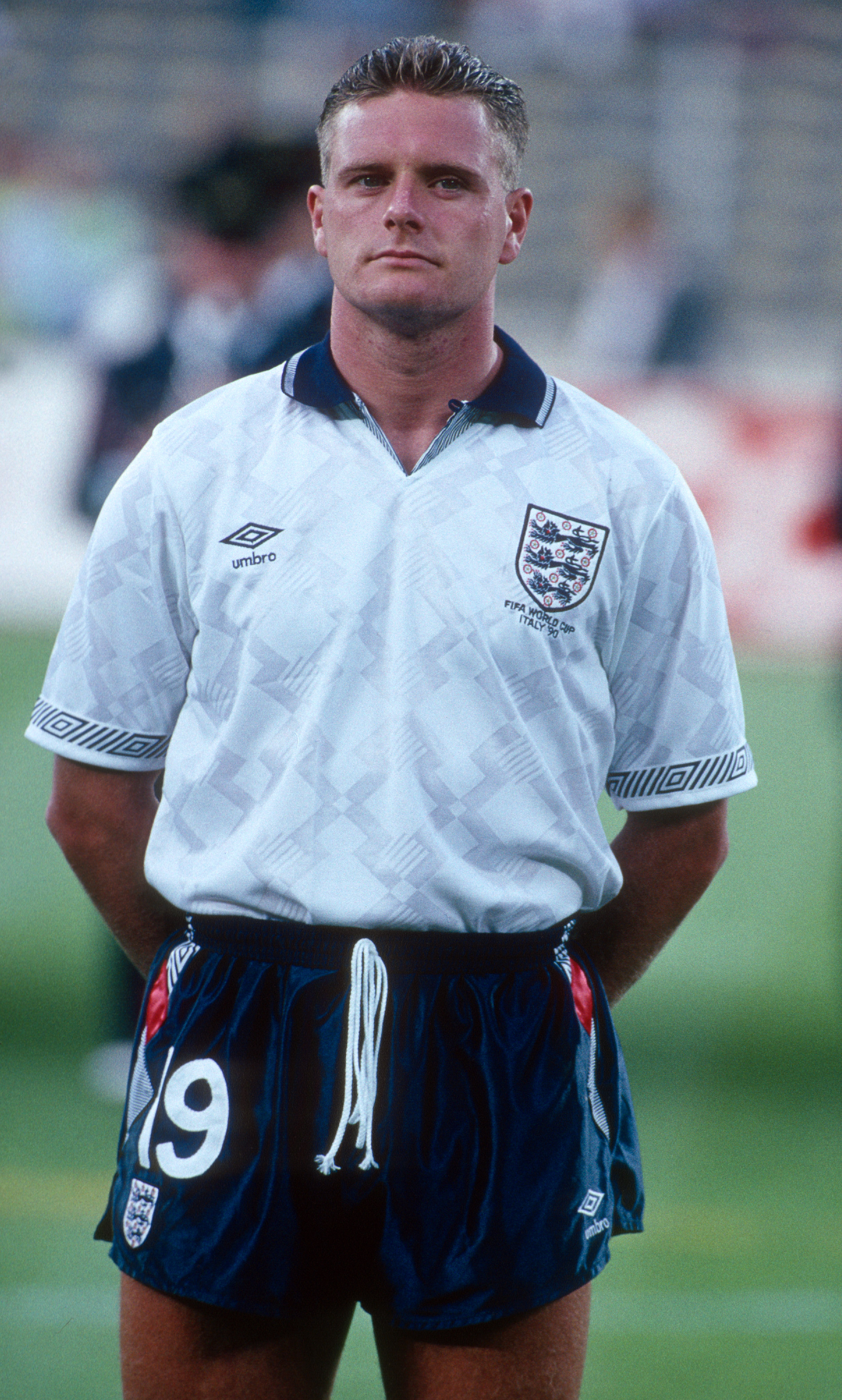 Barnes made 79 caps for England and was voted the country's greatest ever left-footed player by Times readers in 2016.

He also rapped one of England's great World Cup songs – World in Motion.

The Newcastle legend comes out on top over England's record goalscorer Wayne Rooney and Michael Owen.

He retired after England were knocked out of Euro 2000 to Romania.

Lineker got the nod over both current captain Harry Kane and goalscoring sensation Jimmy Greaves.

The now-pundit is England's third top scorer with 48 goals from 80 games including winning the Golden Boot at the 1986 World Cup with six goals.

He still holds the record for the most goals scored by an Englishman during World Cup tournaments.

Sir Bobby managed England for eight years including that spell in the dugout for the 1990 World Cup.

In the tournament four years prior, he watched from the dugout as Diego Maradona's 'Hand of God' knocked his side out of the quarter-finals.

He took charge of 95 England matches, winning 47 and losing just 18.