PHIL FODEN knows all about big fish in small ponds.

The Manchester City teenager has been seen as the future of the England team ever since he was a tiddler. 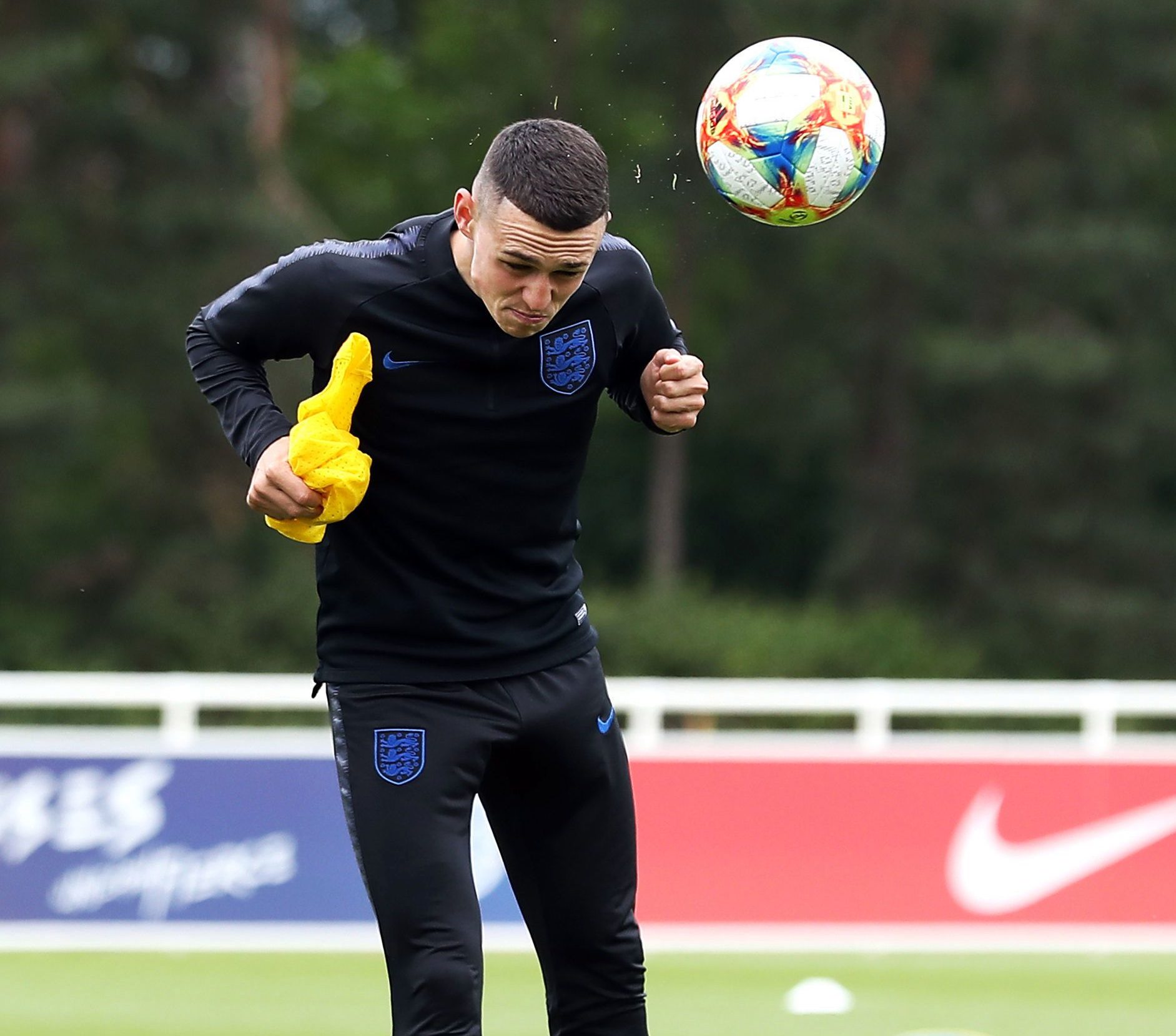 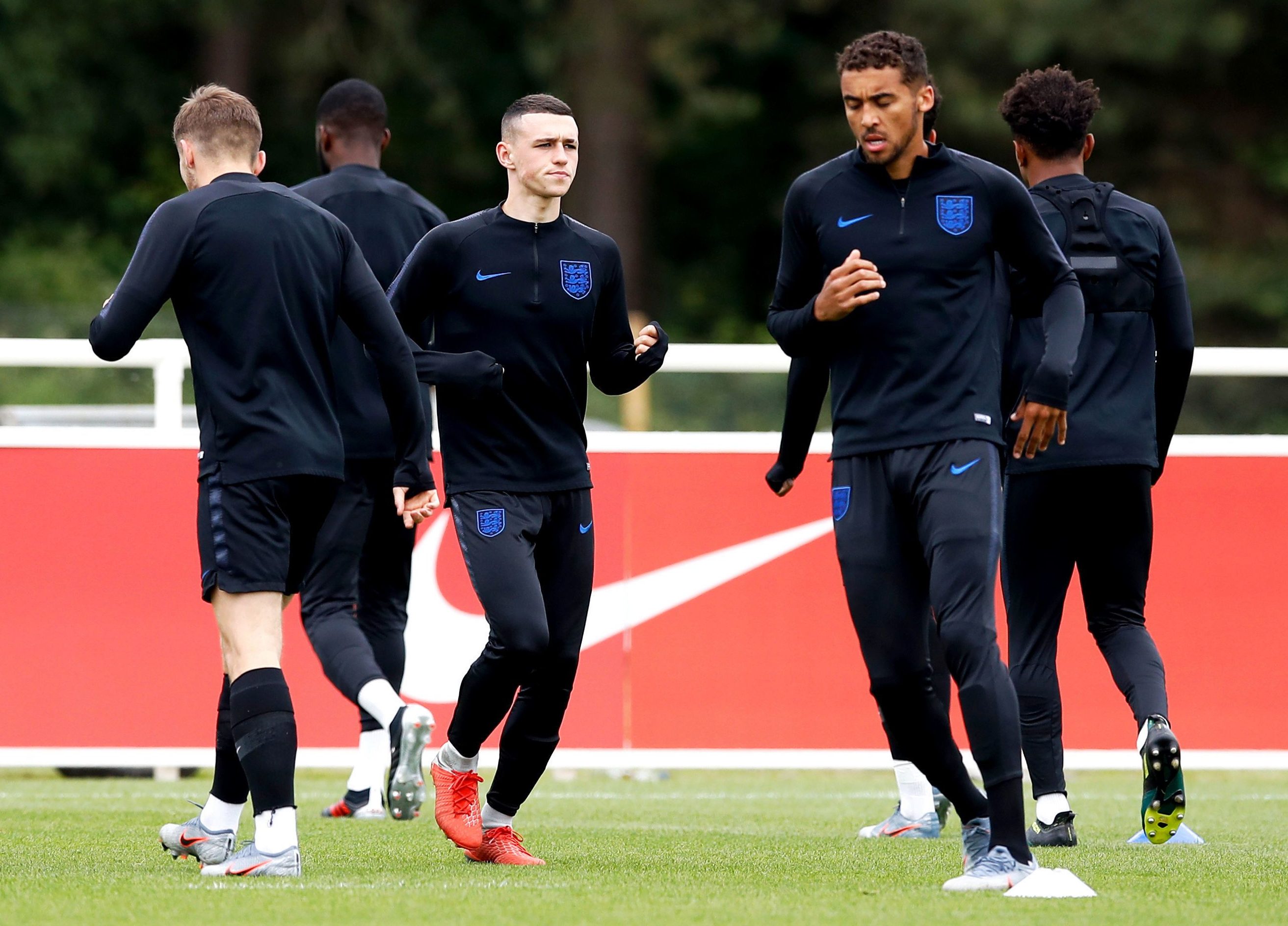 All eyes will be on him again when the Under-21s kick off their Euro 2019 Finals against France in Cesena tomorrow.

The 5ft 7in star, who would not look out of place doing a paper round, will carry the nation’s hopes on his shoulders once more.

It is something the little fella with the massive reputation has had to contend with down the years as word of his enormous talent spread far and wide.

Uefa have already tipped him to be one of the players to watch at these championships.

And with a contract at City worth £30,000 a week, the most-hyped young English prospect since Wayne Rooney admits the only place he feels like a normal teenager is when he pops down to the bank . . . the riverbank, that is.

Foden, 19, revealed: “I go fishing with my dad when I have a bit of free time. It’s the only time I feel I am doing something normal.

“So when I have a bit of quiet time that’s what I do, go fishing. It’s so relaxing. I’ve always done it.”

And you probably would not be surprised to learn he is quite good at that, too!

Asked about the biggest fish he has ever caught, Foden said: “I think it was a catfish which weighed in at 136lb — it took three of us to land it.”

Said catfish is just about the only trophy not in the cabinet in the kitchen of his parents’ Manchester home, where Foden still lives.

Two Premier League winners’ medals, an FA Cup one and two EFL Cup ones sit proudly alongside his winners’ gong and Golden Ball — for the player of the tournament — from the 2017 Under-17 World Cup, as well as countless junior and individual cups and honours.

He said: “It’s not too bad! I keep them all in a cabinet, it’s getting full though. I might need a new one!

“Sometimes I walk past and just have a look, and realise I’ve won a lot!

“The Under-17 World Cup was the first big one and then I started winning trophies with City, cups and leagues.

“It’s hard to pick one! Every single one is special to me.

“I remember the first one I got was with my junior team for winning a little tournament. I was about eight or nine.
“It made me realise I wanted to win more and more.”

Foden — who scored seven goals in 25 appearances in all competitions for City last season — hopes to add a Euro 2019 medal to his collection this month. 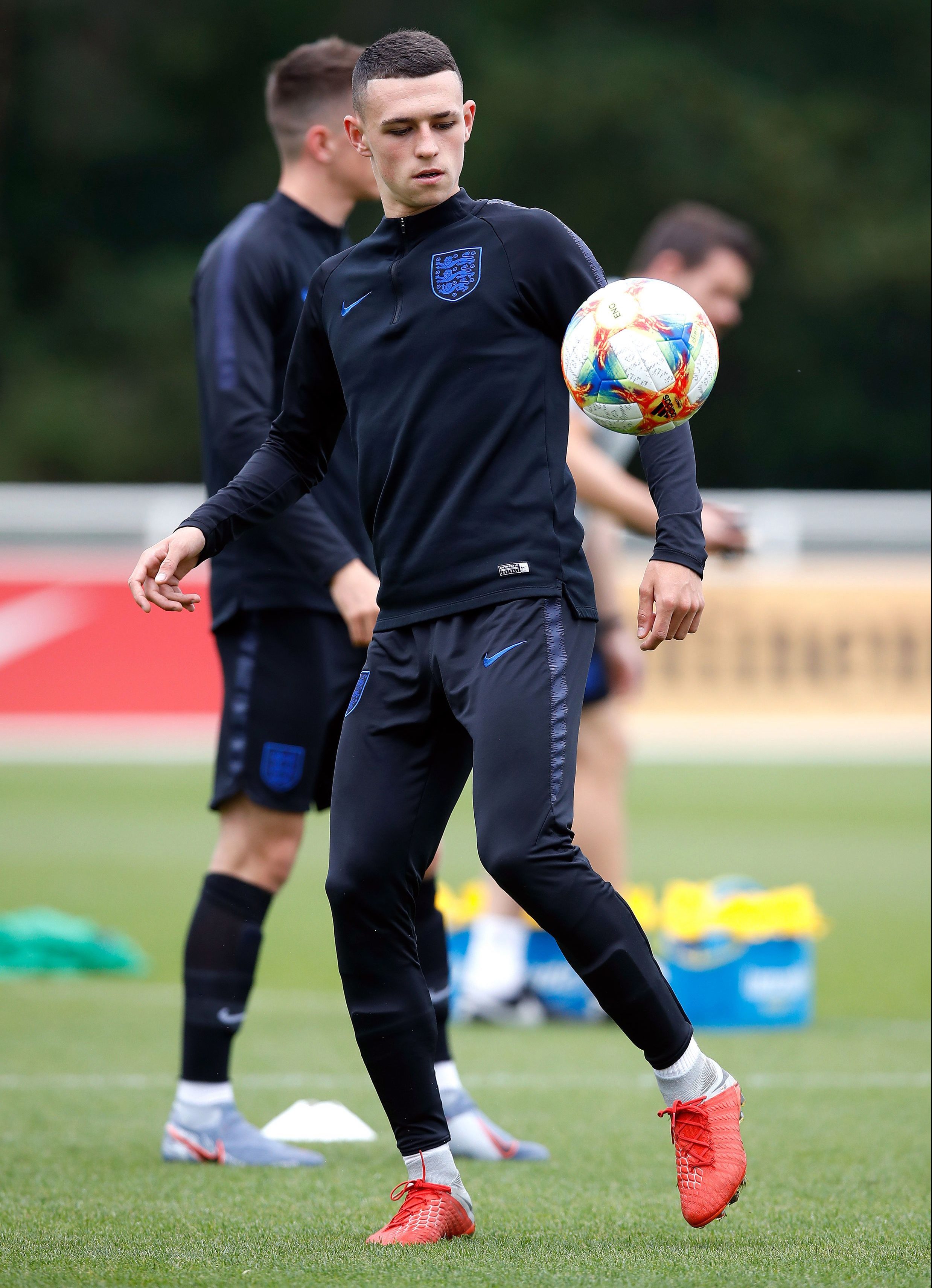 But he warned: “It will be harder to win this than the Under-17 World Cup. The players here are a lot better and more experienced.”

But the Etihad kid knows what it takes to win at an international tournament.

He said: “It takes a lot of heart and desire, especially when you get into the later stages and you’re playing the same team, and you haven’t got the legs.

“You’ve just got to use your mind and heart and pull through it. A lot of heart and determination have to be used.”

With such an extraordinary talent, it is no wonder Foden struggles to be a normal teenager.

He said: “Yes, it’s really hard. Even when I go shopping, I get stopped for a picture.

“I don’t mind that. But it’s quite hard to lead a normal life. People are always watching you. It’s just what happens.

“I was walking down the road after one of my first games, and people were going can I have a picture.

“From that moment, I knew it was going to be hard.”

Foden’s feedback has been all positive so far but the level-headed star is prepared for the inevitable backlash.

He said: “Football can be hard sometimes. Your form can drop and I’m sure it will at some point — it happens to everyone.

“Maybe people get on your back but it’s part and parcel of football.

“I’m still young and have a lot of things to learn. There are going to be mistakes and it’s about learning each day and trying to get better.”